Sorry for the brief hiatus!  Between work, and the upcoming holidays, it's been a bit crazy around these parts.  We've mostly been cooking easy, standby recipes, so there haven't been many new recipes to post here.  However, we did receive some nice looking short ribs in a recent share and put those to good use, cooking them low and slow.  This method of cooking leaves the meat nice and tender, practically falling off the bone.

We're big fans of Top Chef, and Edward Lee, a contestant from the season based in Texas, just put out a cookbook combining his Korean roots and southern tradition called, Smoke & Pickles.  We followed his recipe for the short ribs, and it was quite delicious.

If there's a lot of excess fat, you'll want to trim some of it off.  Then parboil the ribs in a dutch oven for about 8 minutes, in about 4 cups of water.  Once they start to cook, pull them out of the water, and set them aside.  You'll want to skim some of the fat out of the liquid, and then reserve 2 cups of the cooking water.  The rest of the water can be dumped out, and you'll want to dry out your pot. 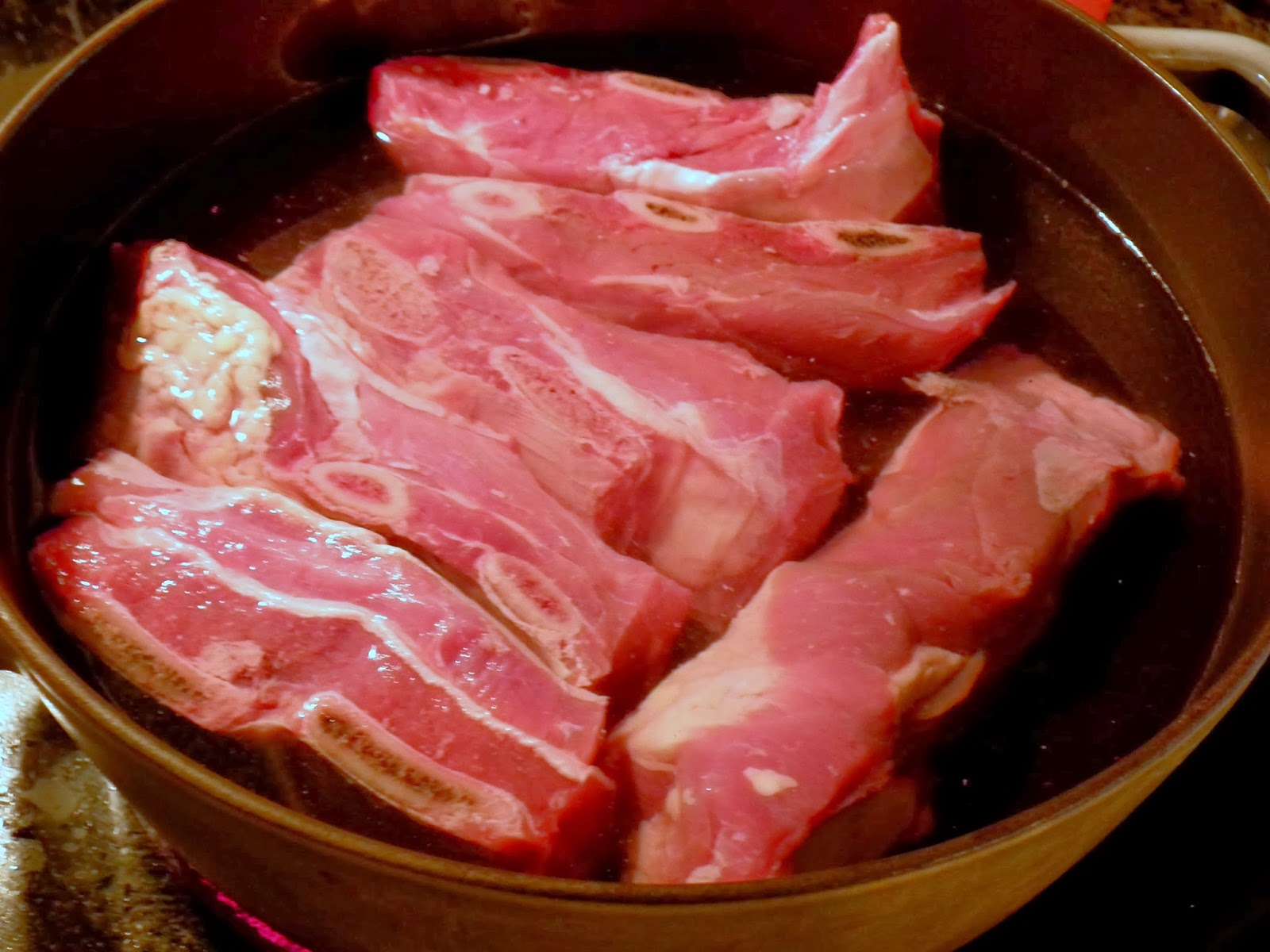 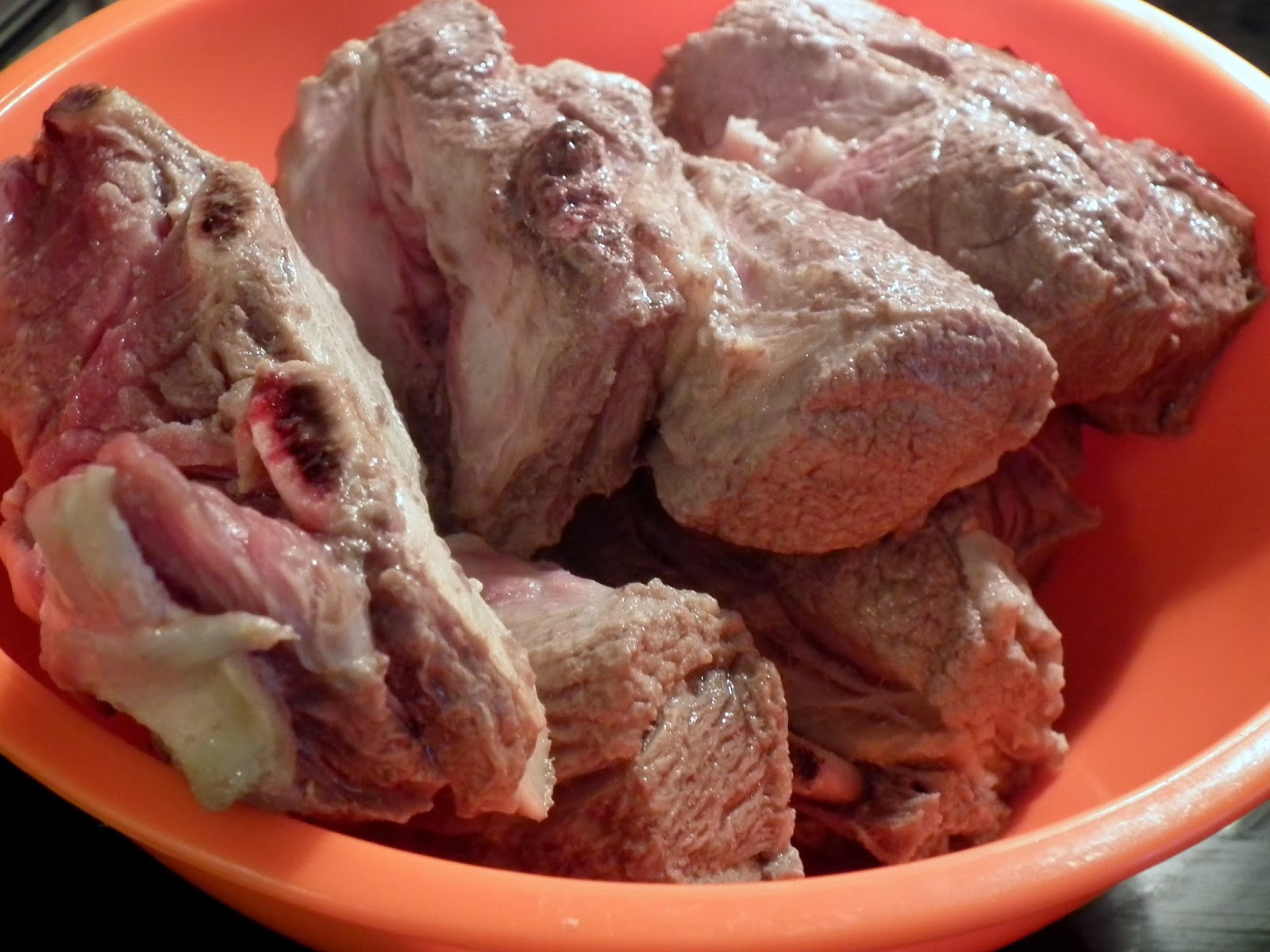 Once your pot is back on the stove, heat a couple tablespoons each of sesame oil and vegetable oil.  When it's nice and hot, drop in a few short ribs at a time.  You want to get a nice sear on all sides of each short rib, so you'll want to do them in batches. 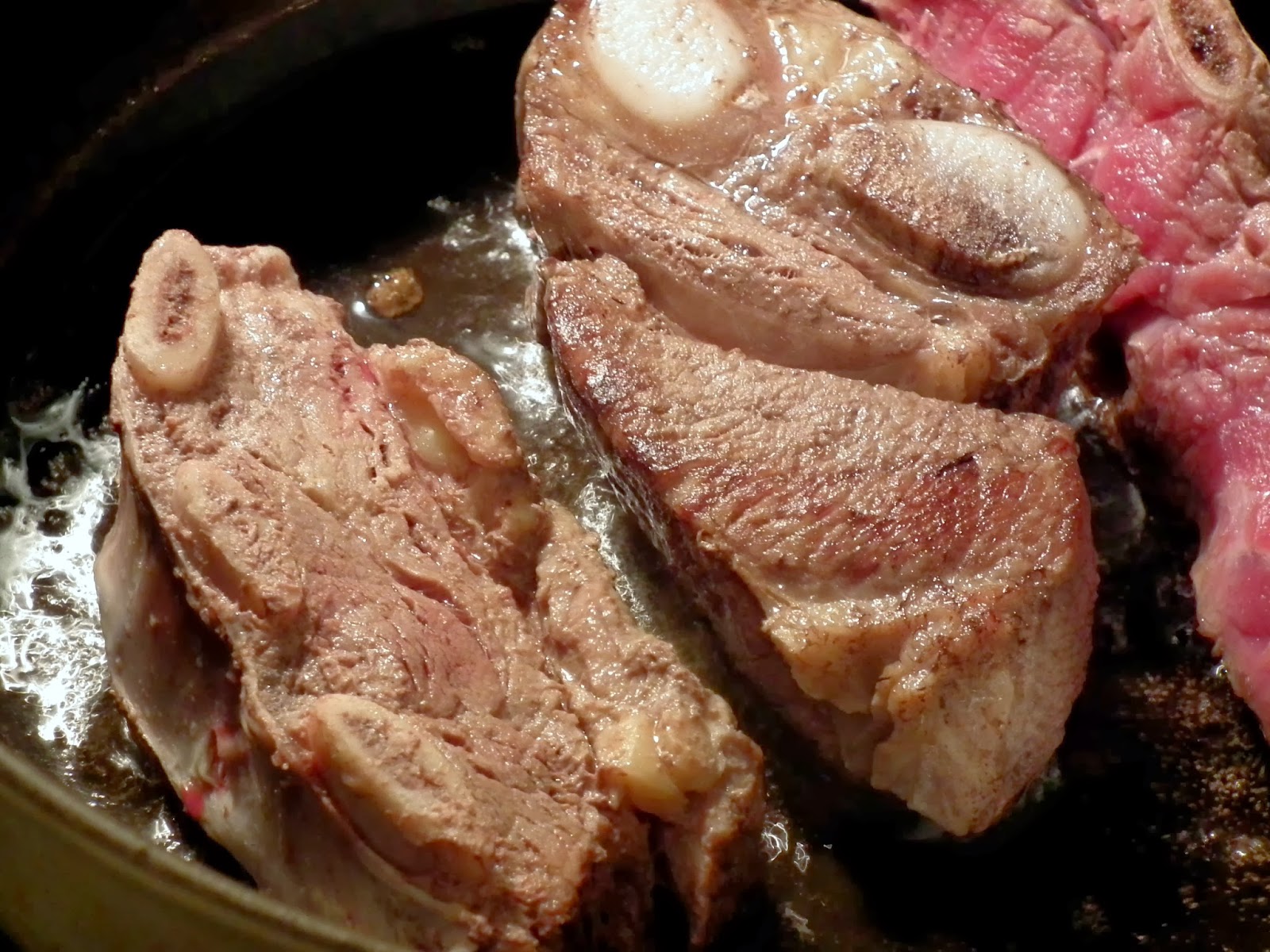 Once all of the short ribs are seared, place all of them back in the pot, add your chopped onions, ginger and garlic, and let it cook for a few minutes. 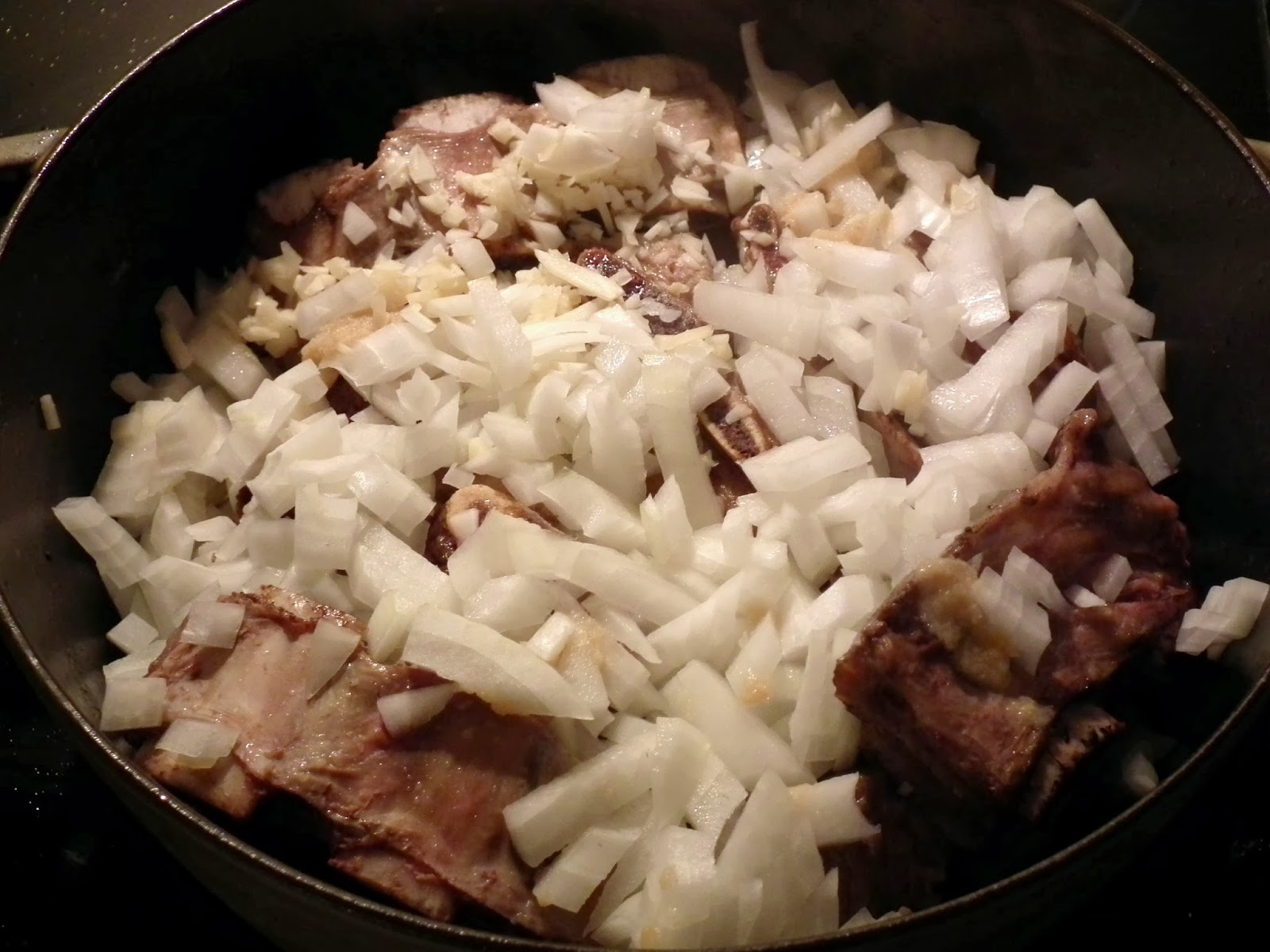 Next, add your soy sauce, chicken stock, mirin, and the 2 cups of reserved cooking liquid and bring to a slow simmer.  To balance out the saltiness of the liquid, stir in some sugar and honey. 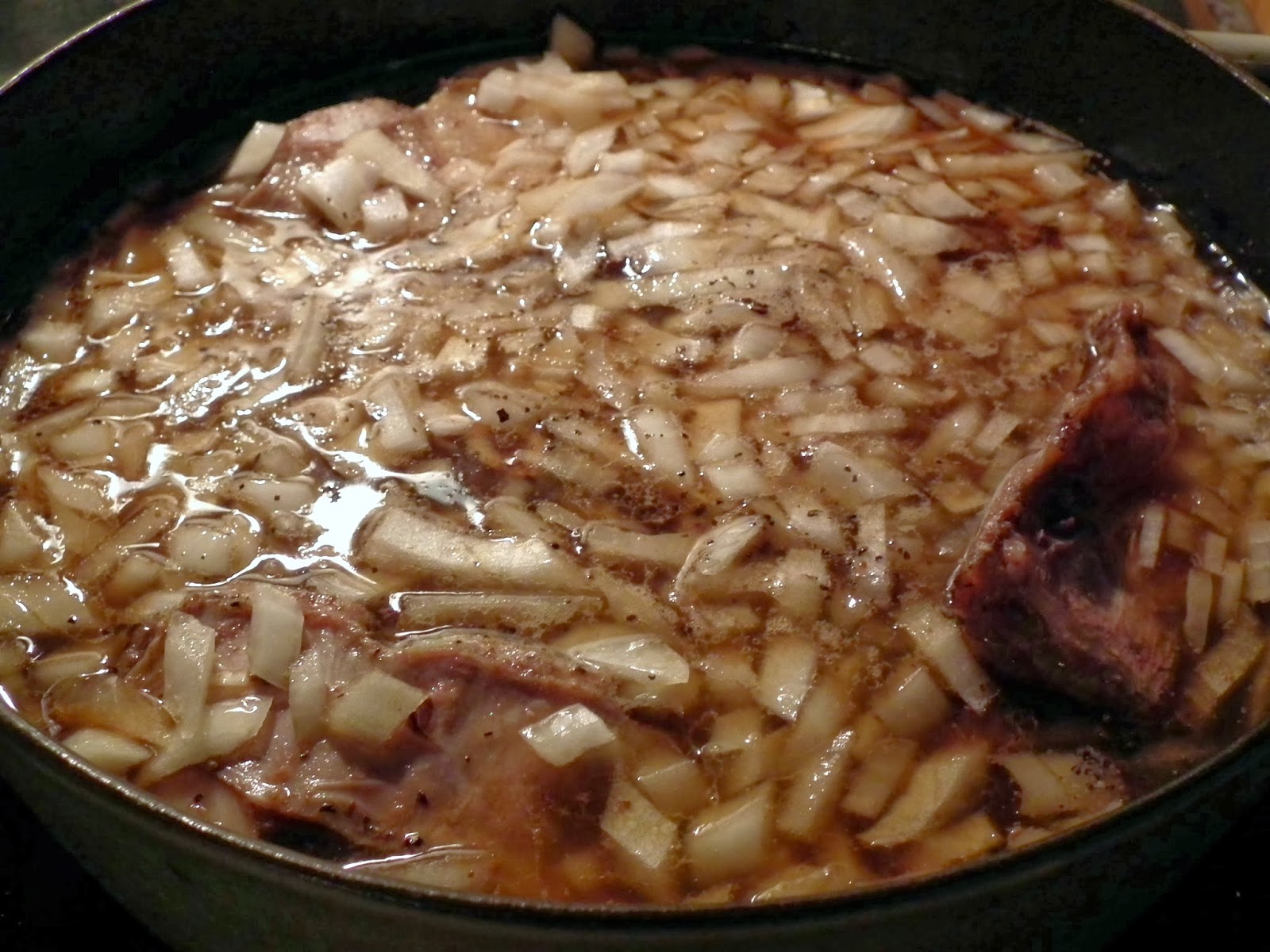 Then just let it simmer away, giving your short ribs a turn every now and then.  After an hour, add in your carrots, parsnips, and pine nuts.  The recipe also calls for raisins, but I'm not a huge fan, so we left them out.  There was enough sweetness already from the sugar and honey. 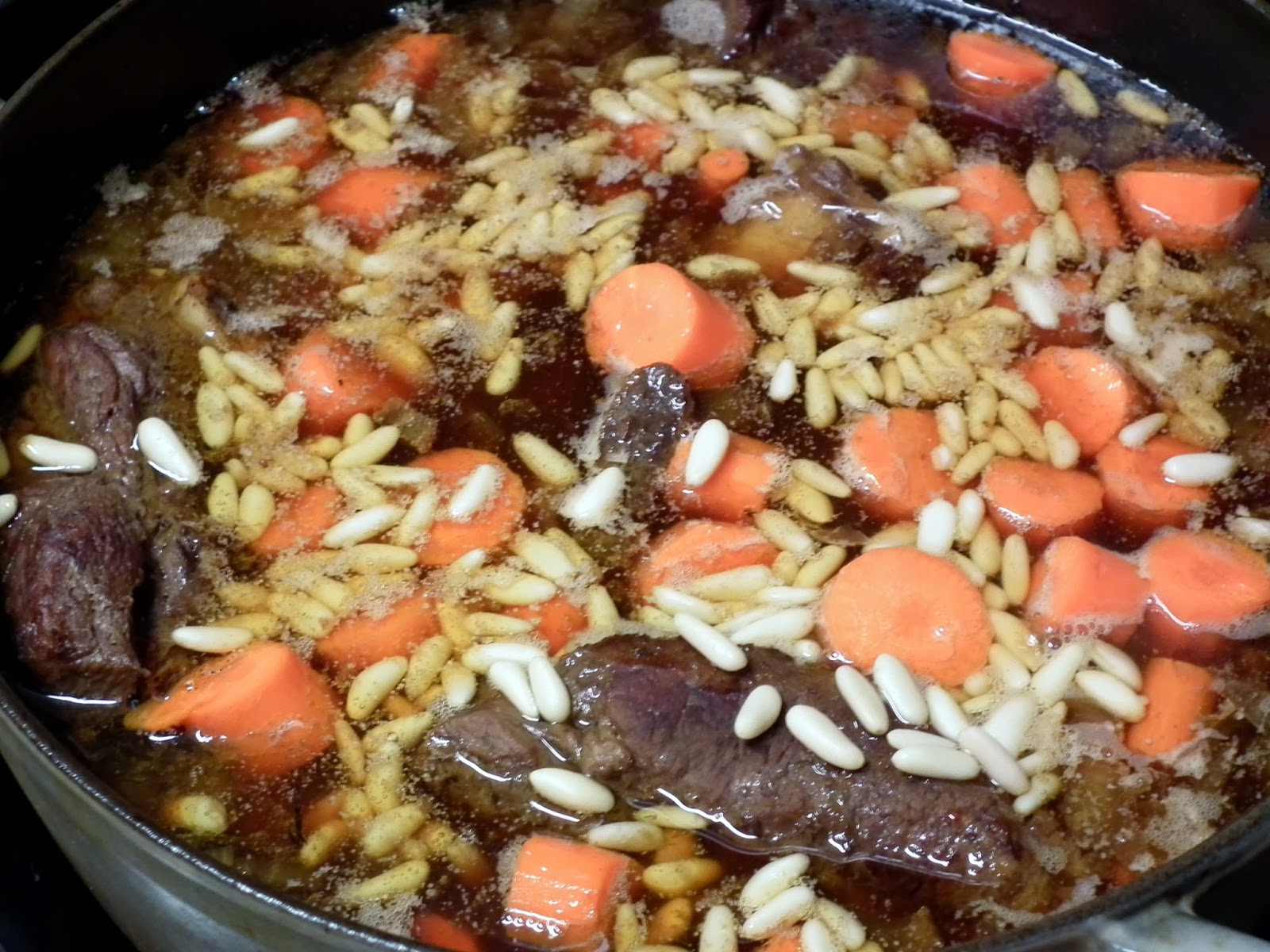 Let everything simmer until the short ribs are tender, and the liquid has thickened.  This will be about another hour or so.

While we were in the final stages of braising, we whipped up a side dish of roasted Brussels sprouts.  We halved the brussels sprouts and tossed them in a marinade of miso paste, ponzu, rice wine vinegar, and sesame oil.  We also stumbled upon some black garlic at Trader Joe's, so we sliced up a couple cloves and added them to the sprouts. 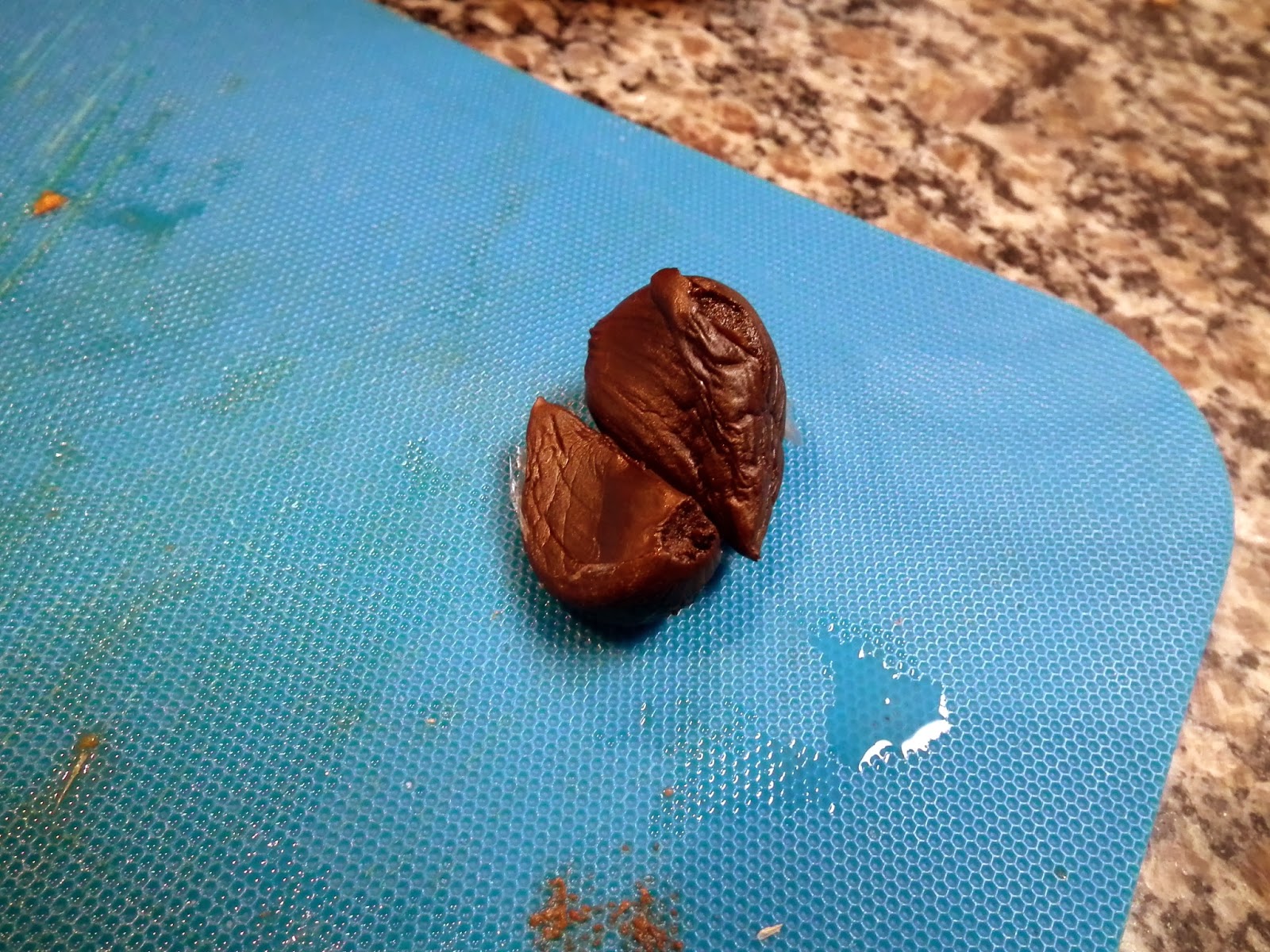 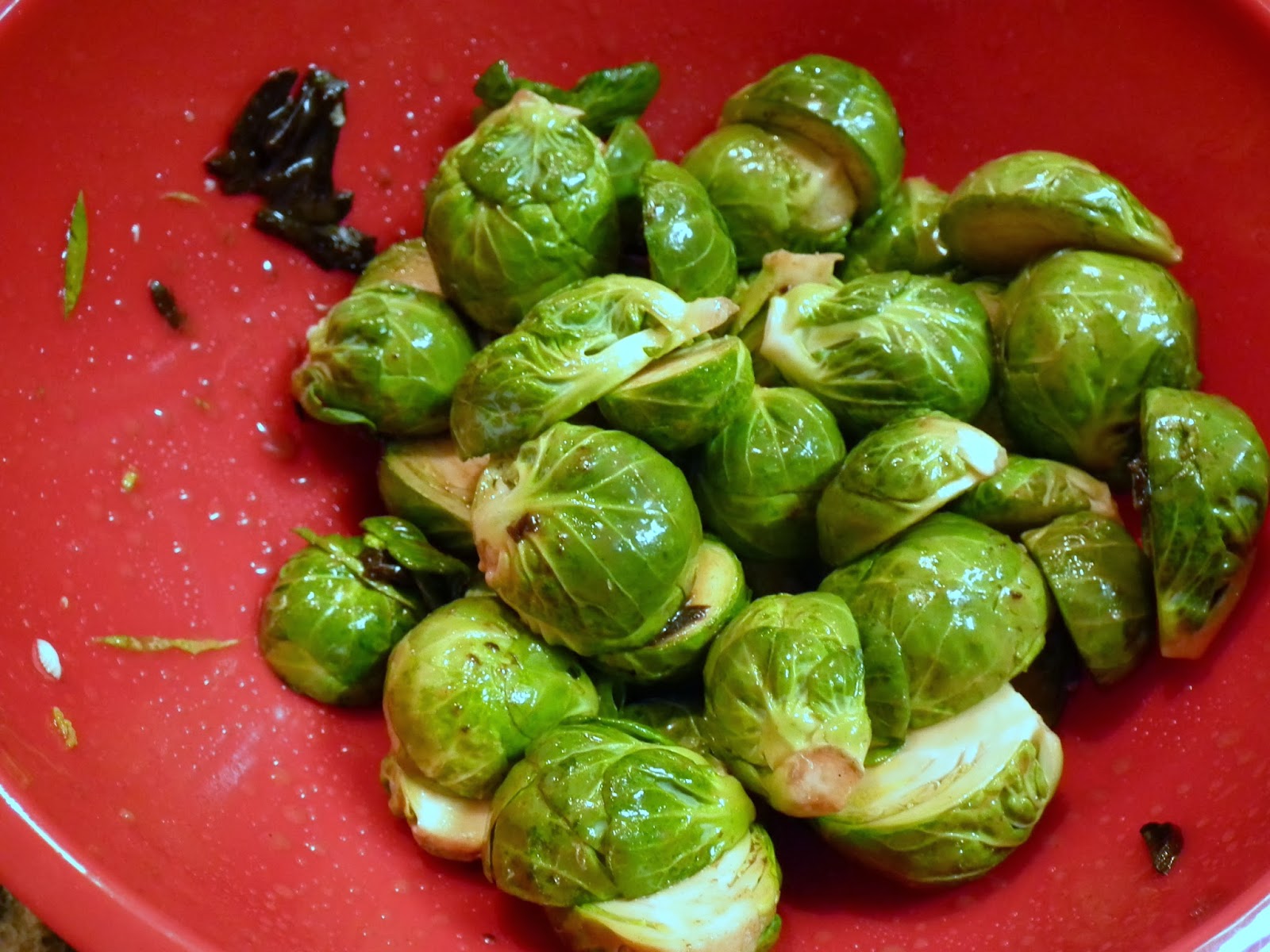 Black garlic gets it's color from being fermented for weeks.  It develops a nice sweet flavor, with hints of balsamic vinegar.  It may look a bit unappetizing, but it's quite delicious.  Once your sprouts are evenly coated, place them on a baking sheet and let them roast in the oven for about 20 minutes.  We topped them with some sesame seeds and bonito flakes, for a punch of umami.

Rice would be the traditional accompaniment for this dish, but Edward Lee pairs his short-ribs with edamame hummus. We went in a similar, but different direction, and  whipped up some roasted garlic mashed potatoes with some spuds we got in our share. They were a great way to soak up the delicious gravy. The meat was super tender, and fell right off the bone.  The Asian flavors in the braising liquid really soaked into the meat, and was a nice balance of salty and sweet.  We will be making this recipe again if we get more short ribs, or if they're on sale at the market (if Justin gets his way!).
Posted by Unknown at 8:46 PM