A recent snow day afforded us the opportunity to really put our slow cooker to the test, and braise some short ribs for over 8 hours.  The timing couldn't have been more perfect.  I've been a bit hesitant to leave the crock pot plugged in while Justin and I are both away at work, so being snowed in was the perfect time to let these babies braise.

I'd seen this recipe come through my email, and we merged it with a short rib recipe from Nom Nom Paleo.  Both recipes had similar ingredients in the braising liquids, so we thought it'd be easy to merge the two recipes.

We fired up the crock pot, and placed our seasoned short ribs inside.  To that, we added some roughly chopped carrots, celery, white onion, green onion, a handful of garlic cloves, and some ginger.  We also had some lemongrass on hand, so we added a bit of that to the crock pot too.  For some added sweetness, we tossed in some gula jawa, as well as a few cloves of fermented black garlic that we had on hand. 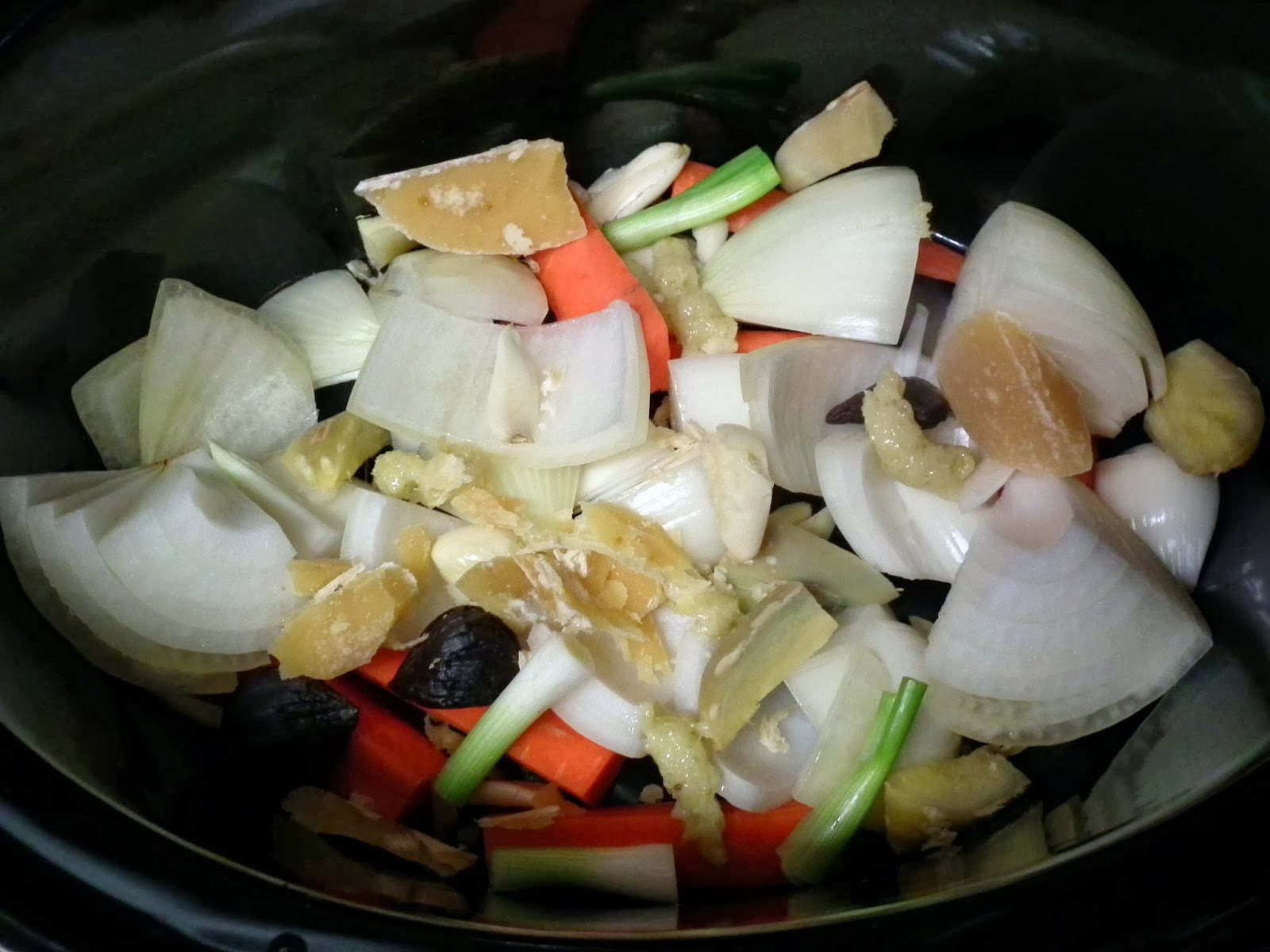 For the braising liquid, we combined about 1/2 cup soy sauce, a splash of fish sauce, a touch of apple cider vinegar, 1 cup beef broth, and enough water to cover the top of the ribs.  Then we just put the lid on, and let the ribs simmer the day away. 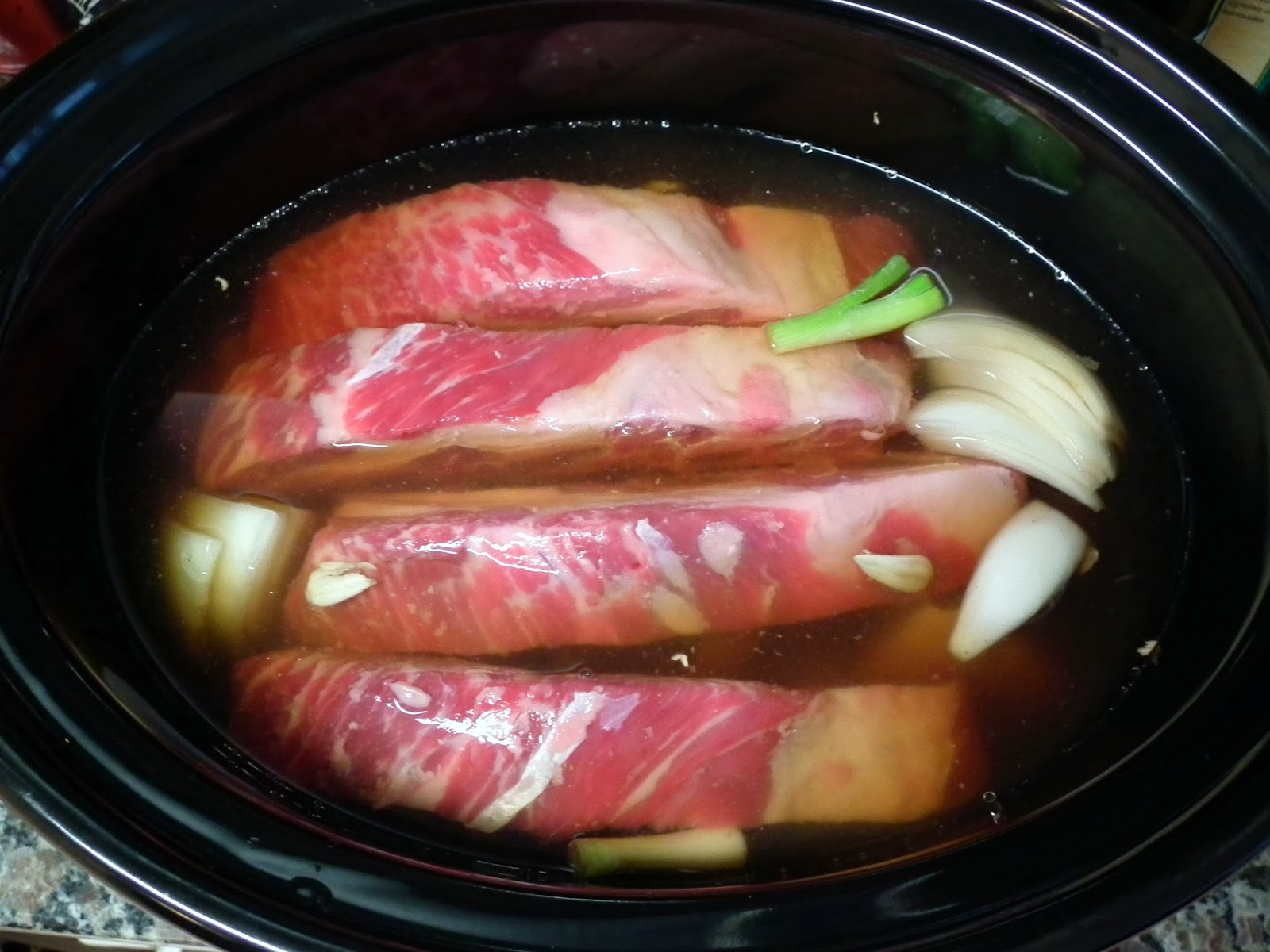 About halfway through, the aroma of the short ribs and braising liquid started to spread throughout the apartment, and it was hard to resist.  We let them cook for a solid 8 hours.  By the time we were ready to eat, the meat was so tender, it just fell off the bone and melted in your mouth.  Be sure to skim off as much fat from the braising liquid before spooning it over your short ribs. 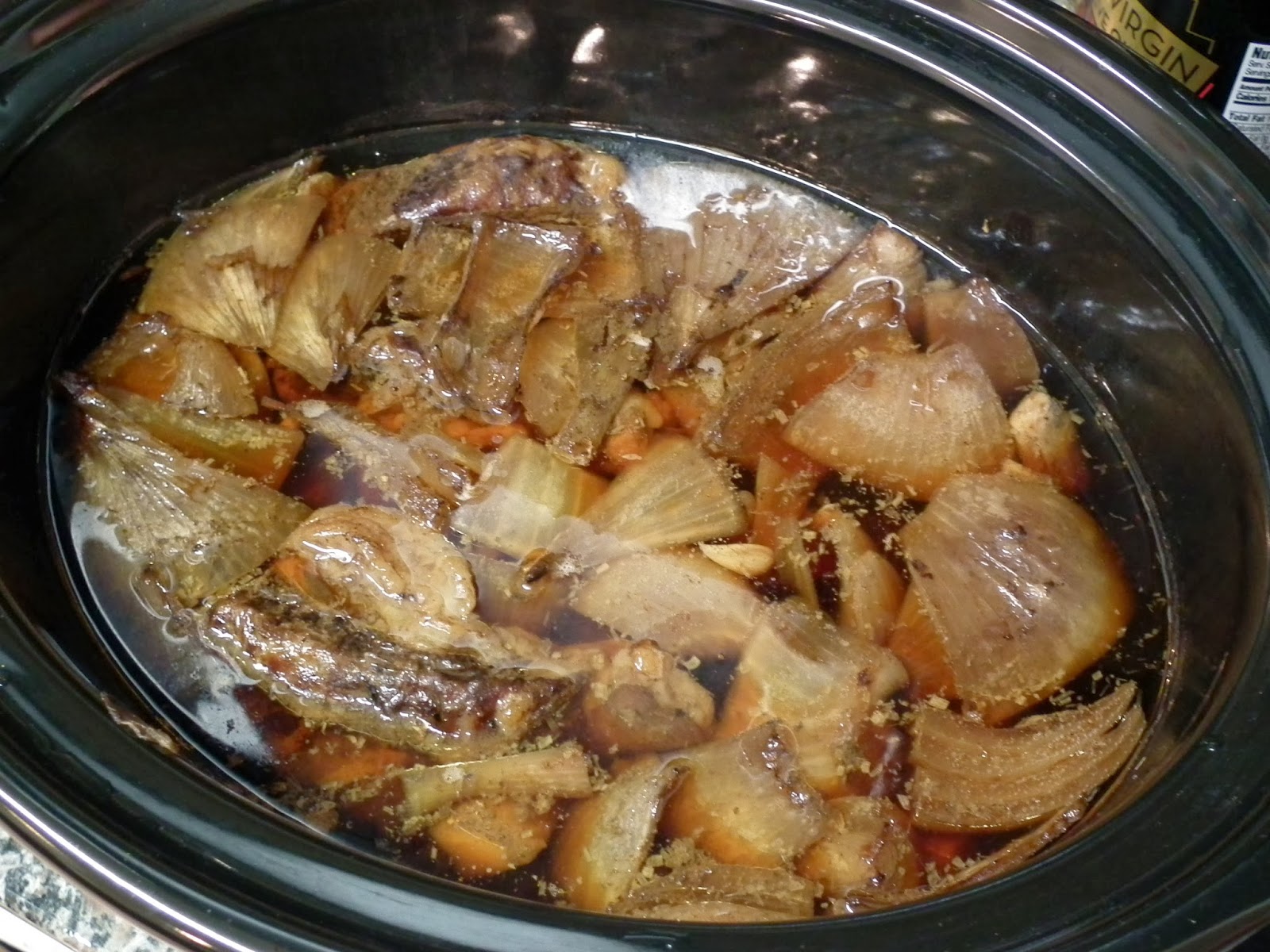 To accompany our short ribs, we whipped up some rice, and snow pea greens sauteed with garlic.  The rice helped soak up some of the delicious braising liquid too, while the snow pea greens added a crisp, fresh component to the dish.  The short ribs were garnished with some toasted sesame seeds.  It was the perfect, hearty dinner for a wintery snow day. 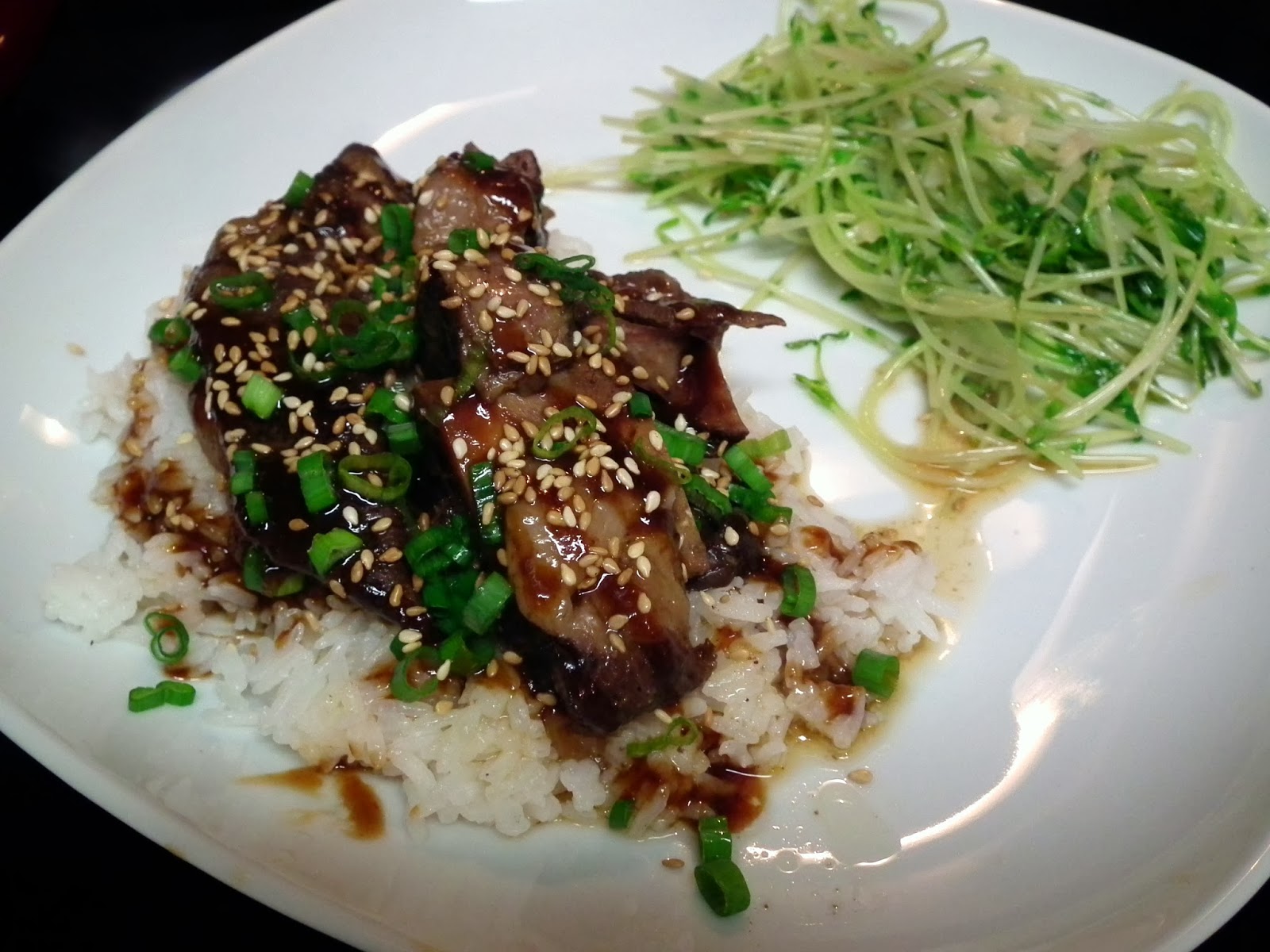