We Can Pickle That!

I know it's been a while since we've posted anything, but once again, work and life has gotten in the way.  We've been sticking to old standby recipes that we can whip up in a flash.  Plus, the polar vortex has limited the amount of produce we've been receiving in our share, so we haven't had much to work with on that front either.

Nonetheless, we've got a quick an easy way to spice things up during these cold winter months.  A few months back, we got a bunch of jalapenos in our share.  With no immediate use for them, we decided to pickle them, following this recipe by Michael Symon.

Start by poking a few holes in each pepper, and placing them in your jar.  This will allow the brine to get inside the peppers, and pickle them from the inside out. 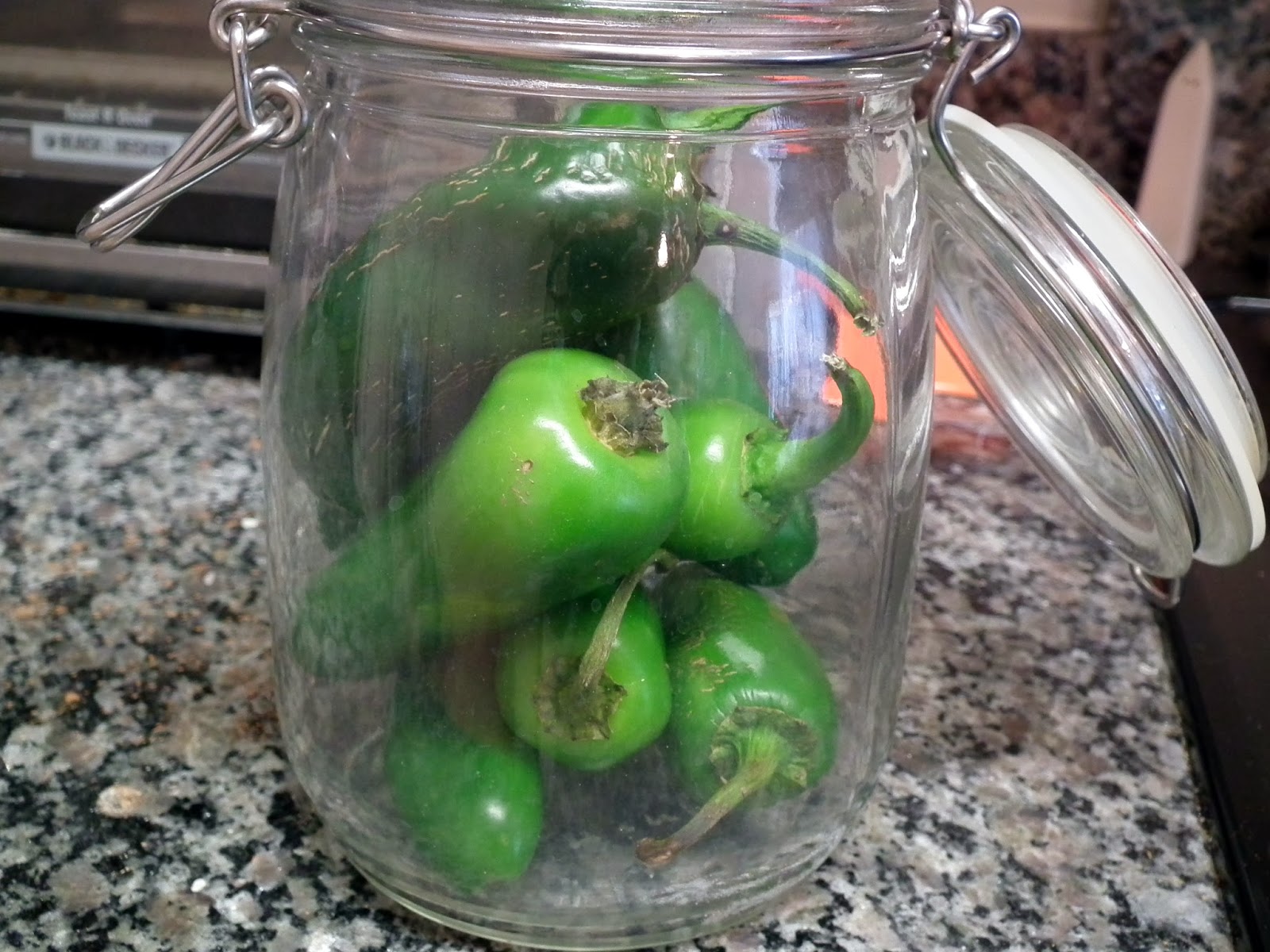 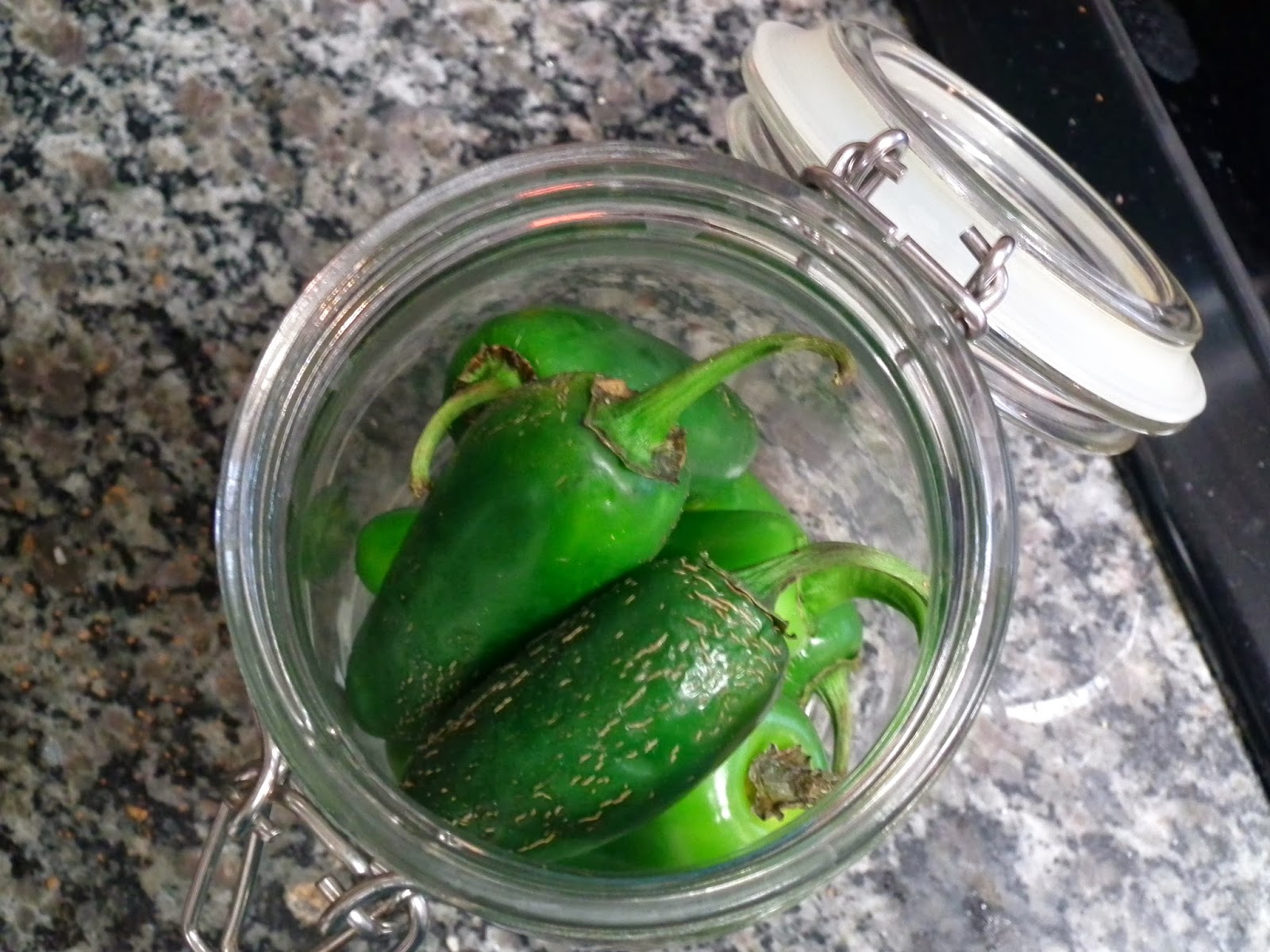 For your brine, bring to boil equal parts water and vinegar, some sugar and salt (in equal proportions), and your aromatics; bay leaves, whole coriander seeds, a few garlic cloves, and black peppercorns.  We didn't have any peppercorns on hand, so we just used our coarse ground black pepper instead.  We also didn't have whole coriander seeds, as the recipe called for, so we used ground coriander.  That's why our brine looks a bit muddy.  We also decided to throw in some mustard seeds for good measure. 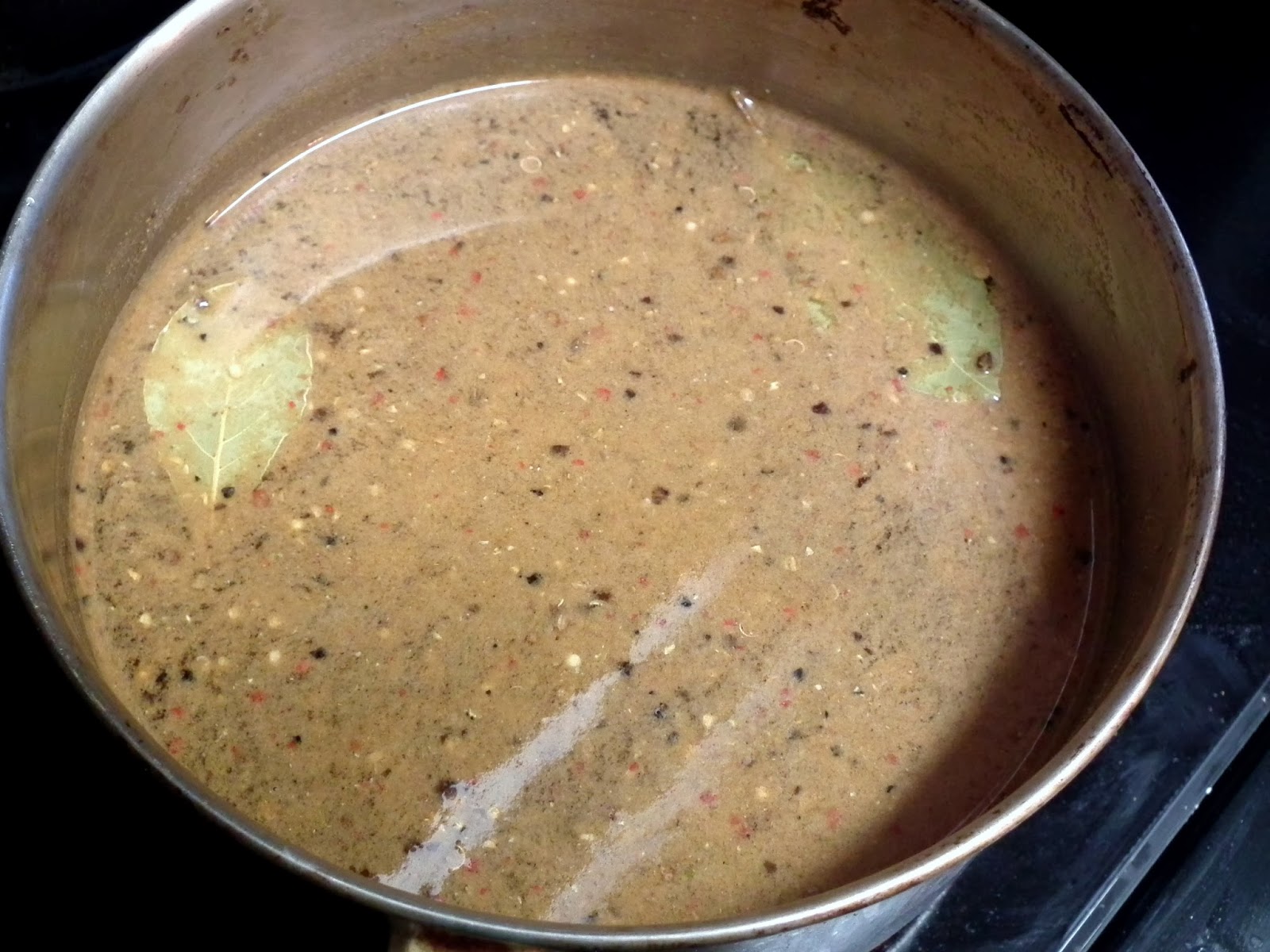 Once your brine begins to boil, turn down the heat, and let it simmer for about 5 minutes.  Pour the brine over your peppers, place the lid on, and let it cool.  Once cooled, put them in the fridge, and let the brine work it's magic.  Let them sit in the fridge for about a week before using them.  This will give the peppers time to pickle. 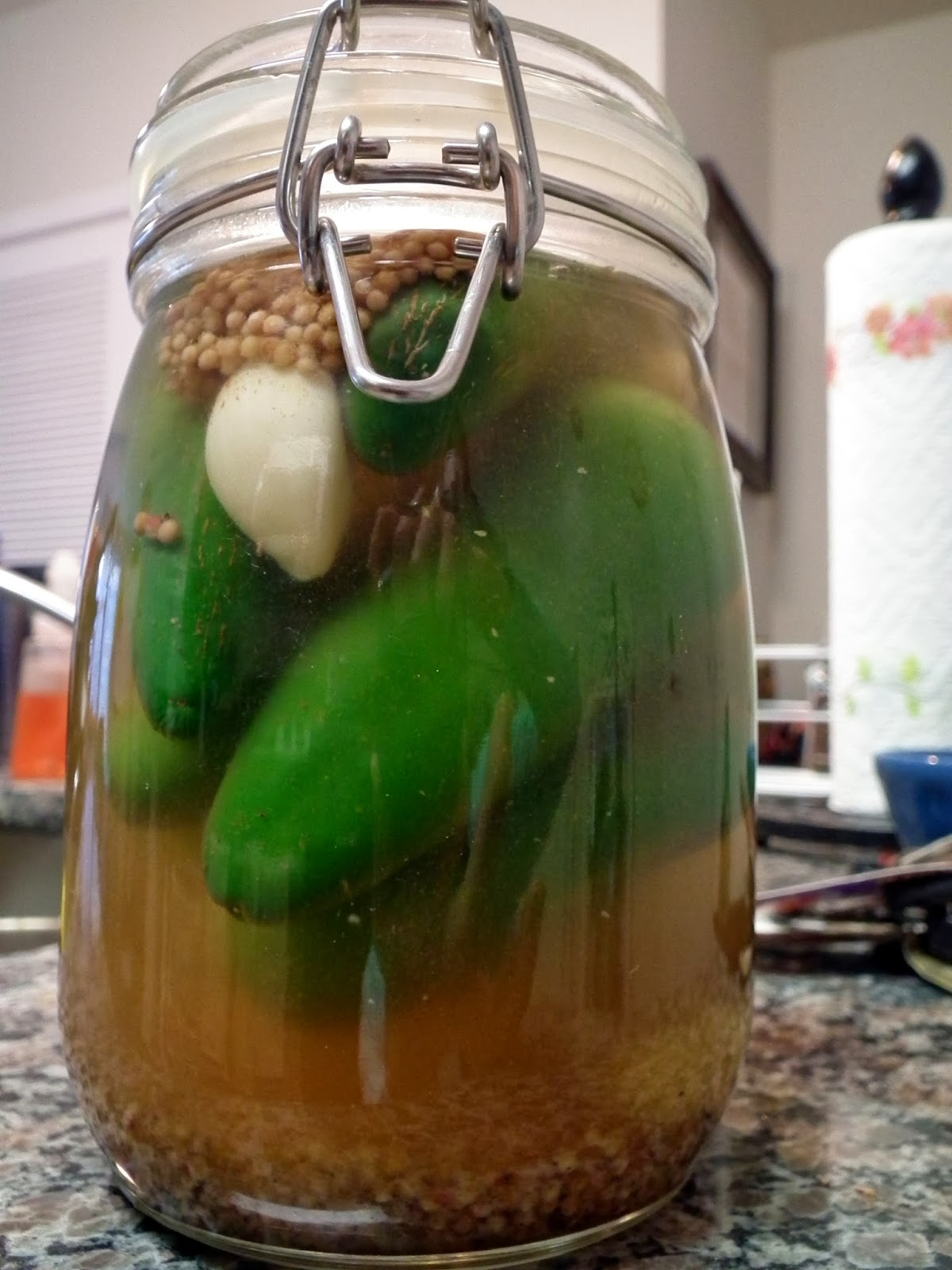 Then you can slice them up and serve as you see fit.  Ours have a nice sweetness to balance out some of the heat.  They're great on top of nachos or tacos. 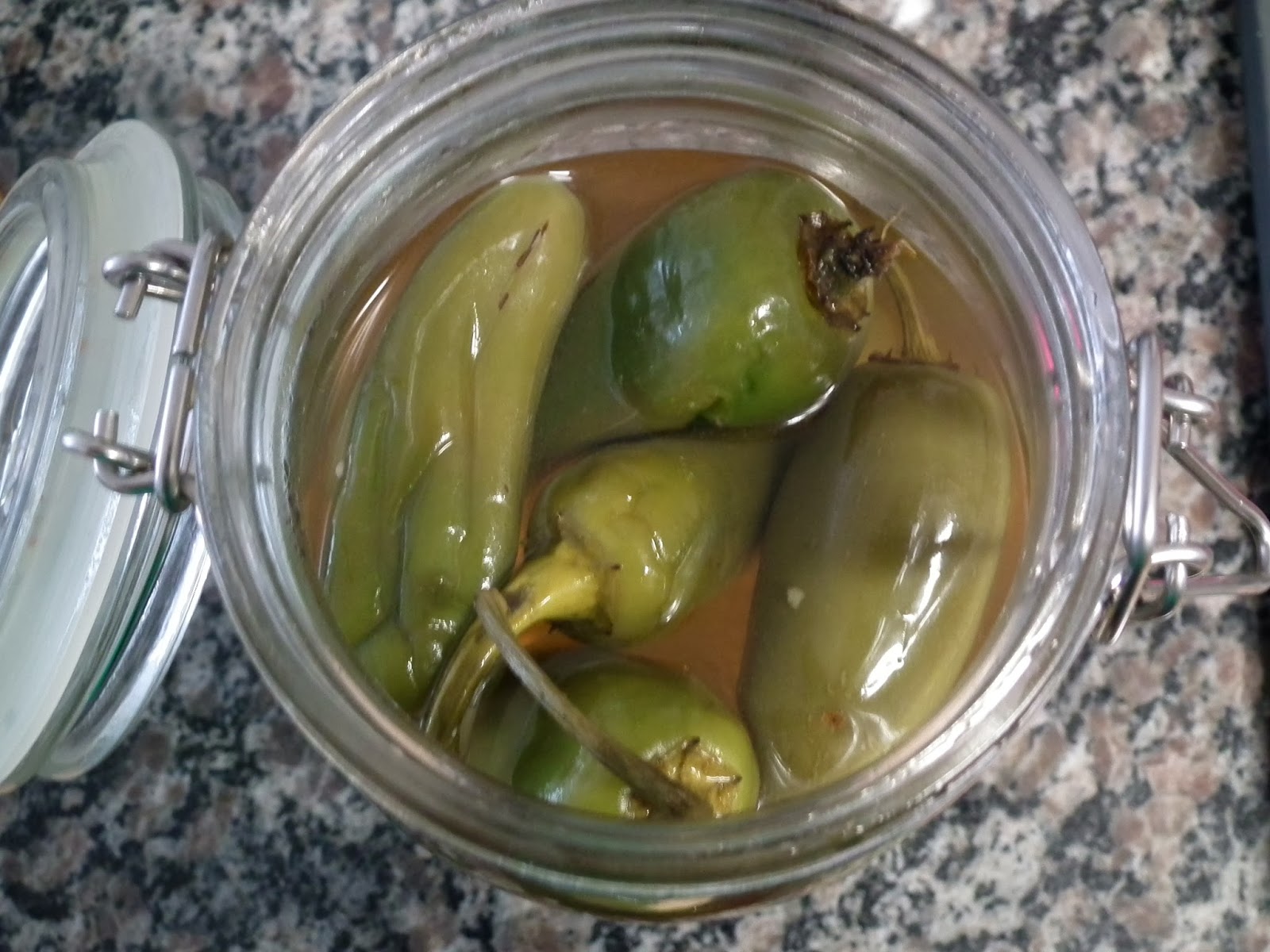 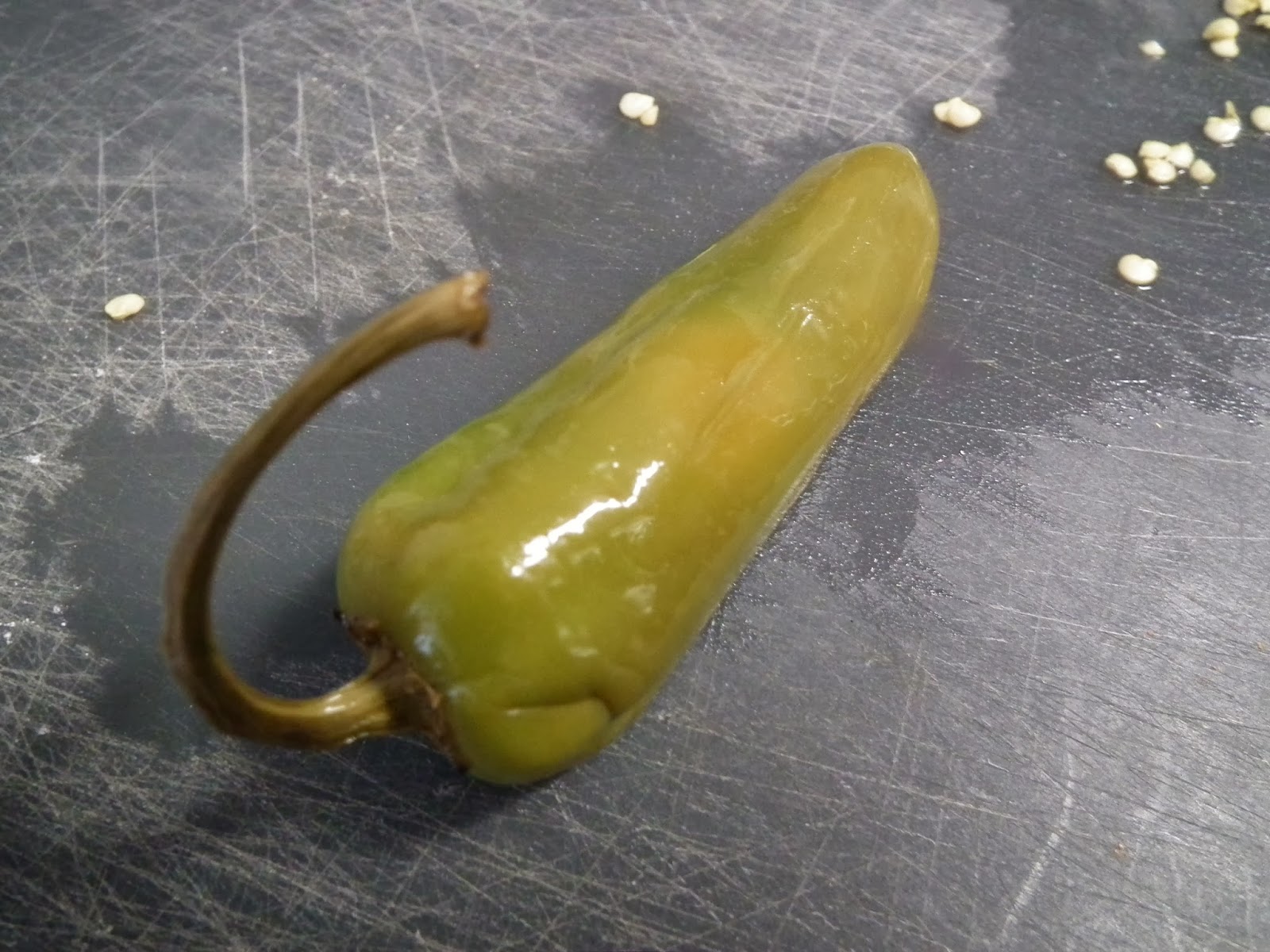