Welcome to the Jungle [Curry]

I'm pretty sure I won Justin over on just our 2nd date when we ended up at Little Serow for dinner.  If you're not familiar, it's a tiny, hole-in-the-wall place, behind an unmarked door, that was named one of Bon Appetit's 50 best new restaurants last year.  If you're lucky enough to get a seat, you're in for 5-7 courses of delicious northern and northeastern Thai food.  This isn't your typical coconut curry and pad Thai that you get in most Thai restaurants.  Instead, the flavors are tangy, and progress in heat.  The ingredient I was most surprised to find was dill.

It was only a matter of time before we attempted to recreate this cuisine at home.  We decided to make a jungle curry, native to northeastern Thailand.  Coconuts don't grow in that region, so this curry ends up looking more like a broth.

We started by prepping our veggies; some magda squash, globe squash, baby bok choy, and snap peas, green onion, all fresh from the share, along with some white onion, dill and cilantro. 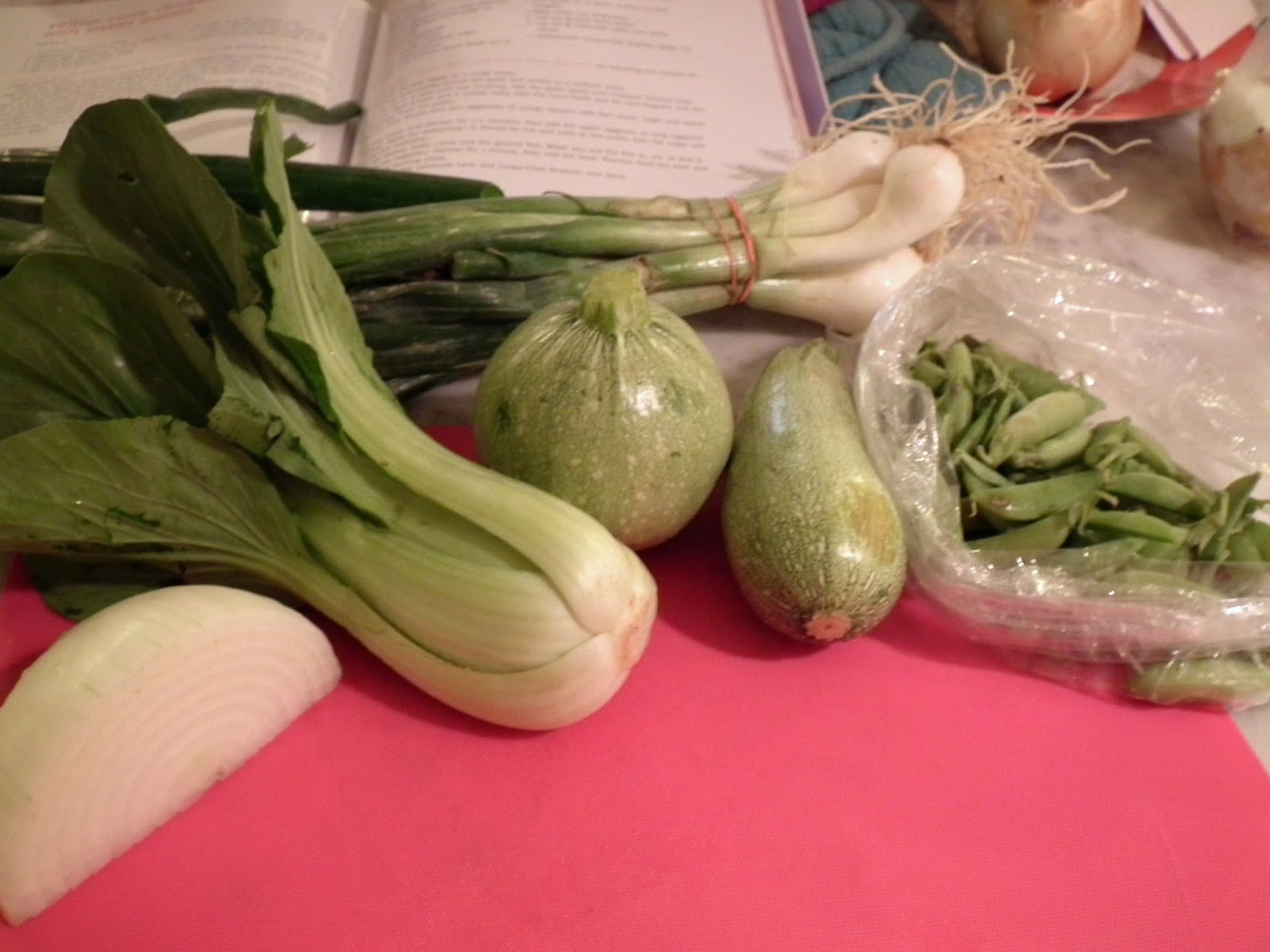 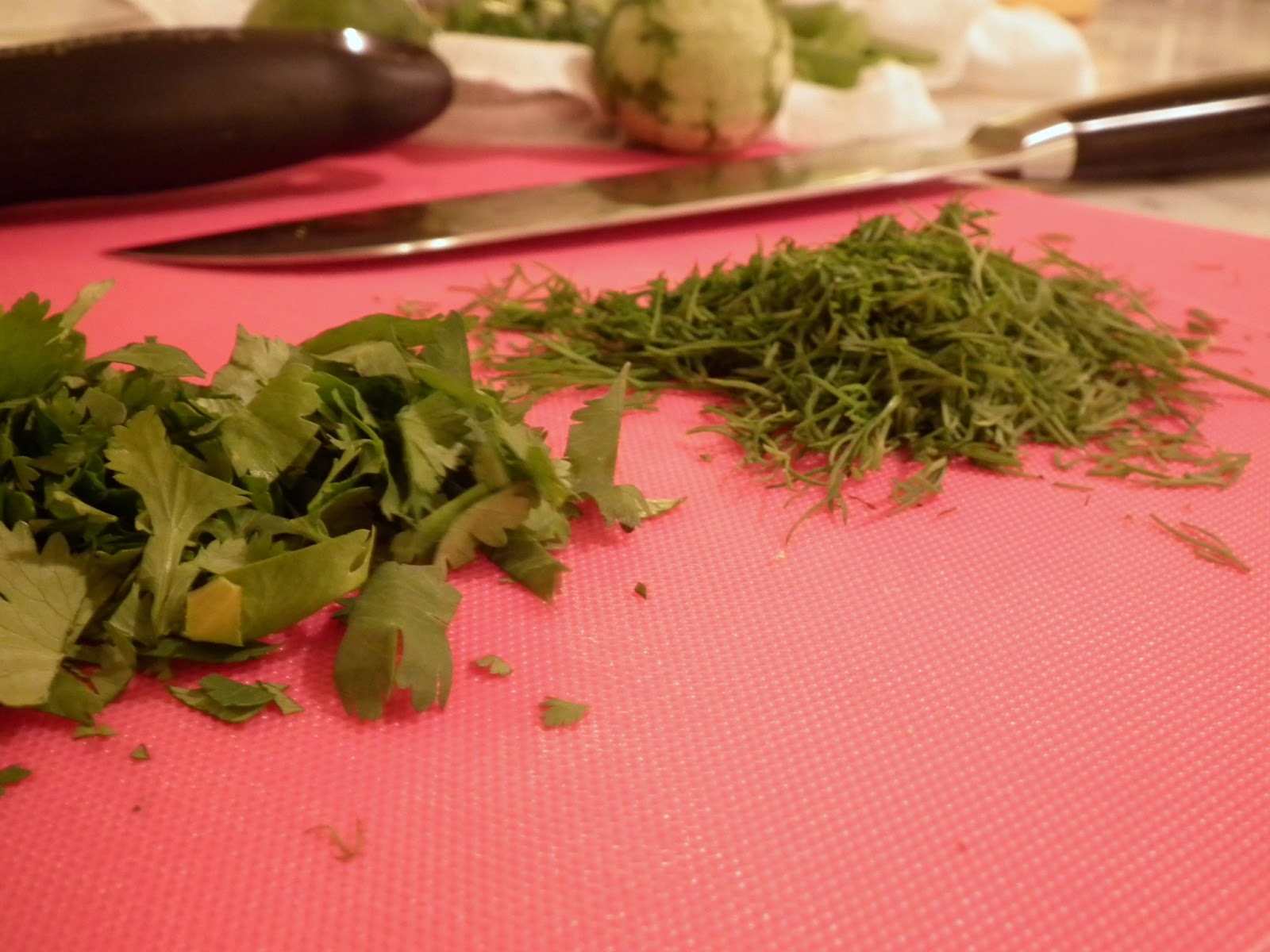 Then we fried up some shallots that would be used as a garnish.  Just slice them then, and drop them into some hot oil.  You don't have to bread them or anything.  Keep your eye on them though.  They fry up quick. 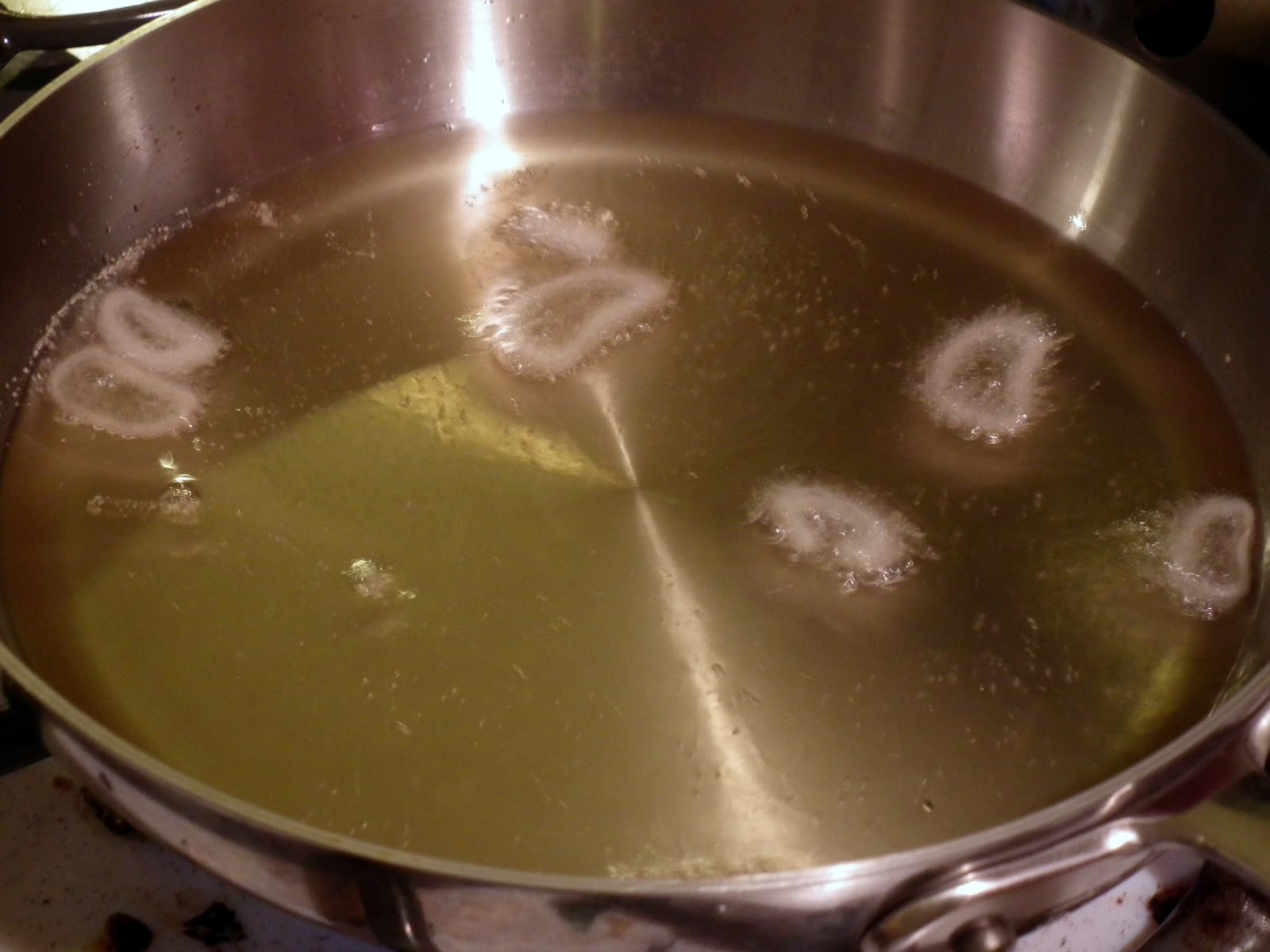 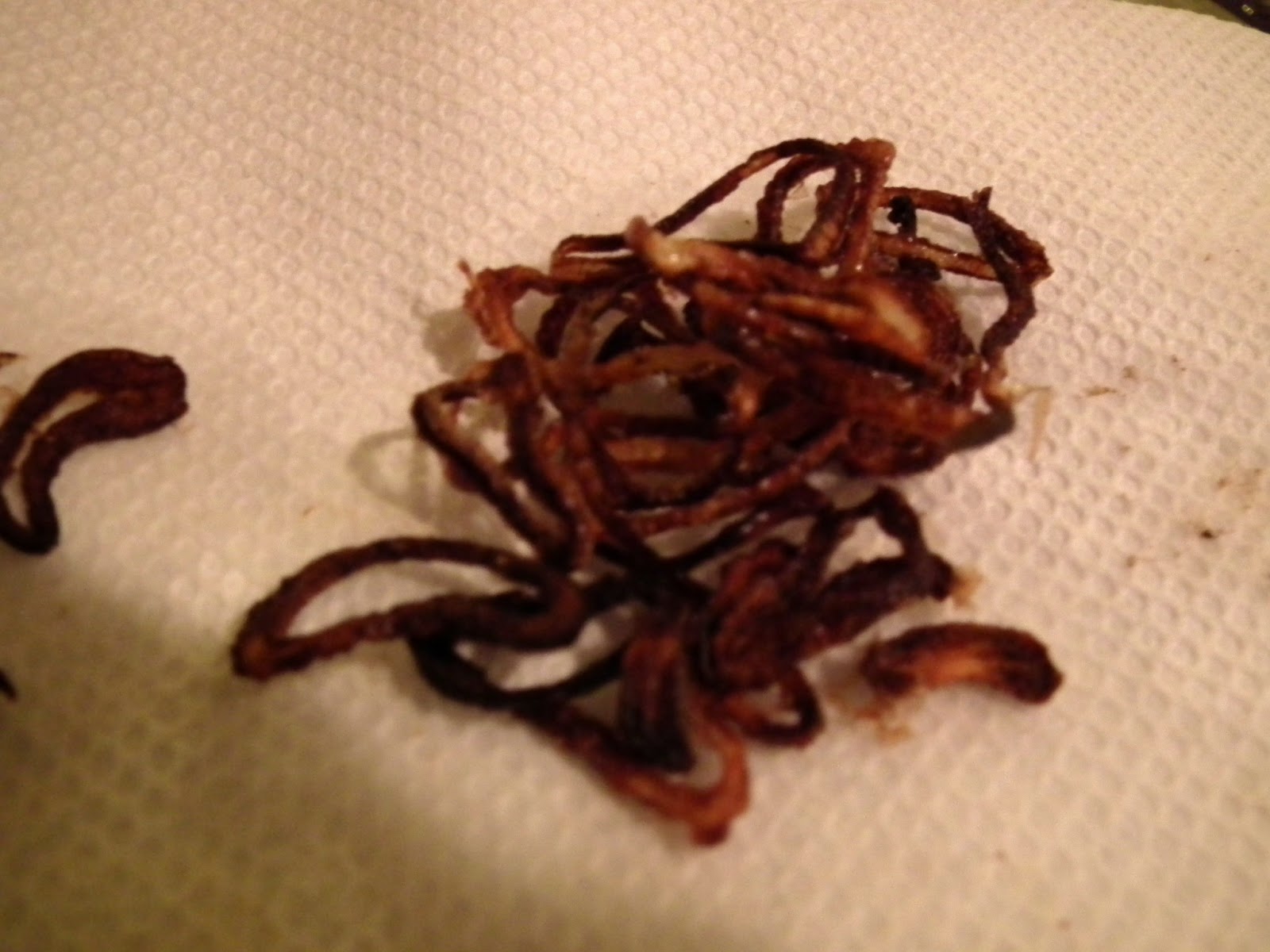 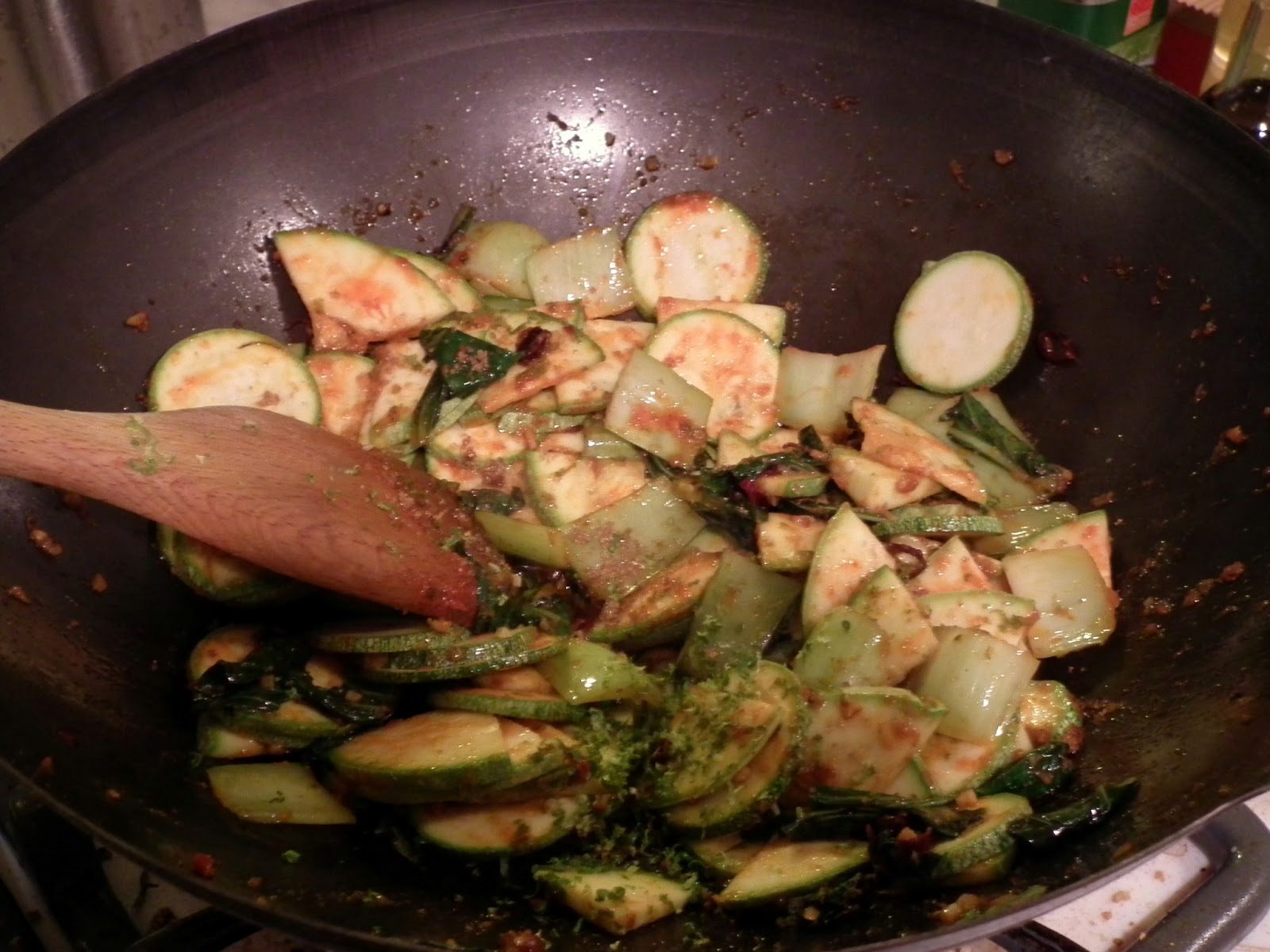 We heated our wok with some vegetable oil and tossed in a couple cloves of chopped garlic, a healthy squeeze of sriracha, and a couple chopped dried chiles.  Once they became fragrant, we tossed in the bok choy, and started to build the broth.  I didn't have any curry paste on hand, but I did have some amok curry powder from a past trip to Cambodia, so we tossed that in instead.  We also added a bit of brown sugar, some oyster sauce, and a bit of fish sauce.  Now, the smell of fish sauce is not appealing at all, but it adds a nice salty and tangy flavor to a lot of southeast Asian dishes. 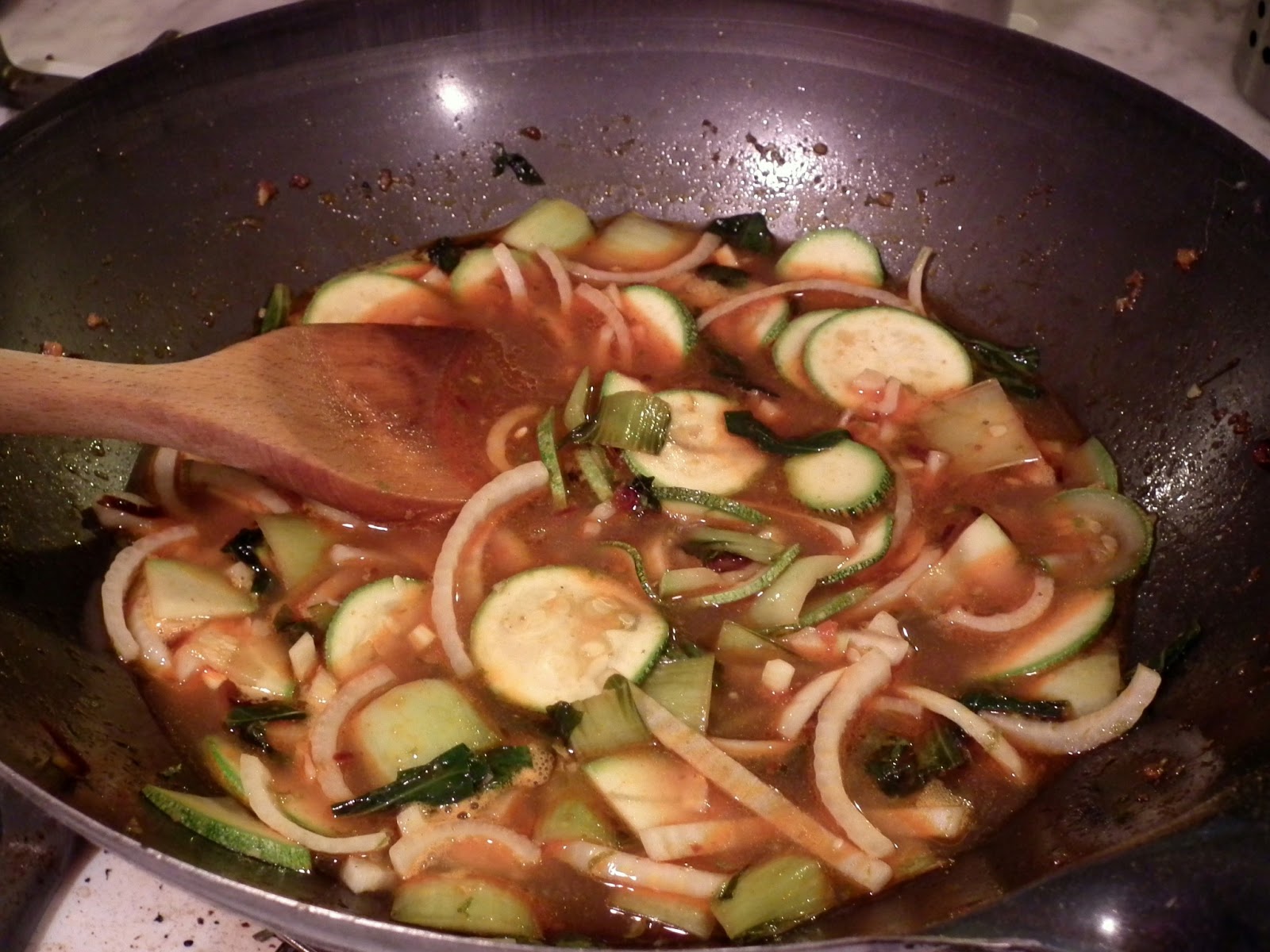 From here, we started adding in the squashes, onions, snap peas, and some chicken broth to round out the broth.  As everything continued to simmer together, we added in our cubed chicken.  Within minutes, the We plated up the curry, garnished with the cilantro, dill, and fried shallots. 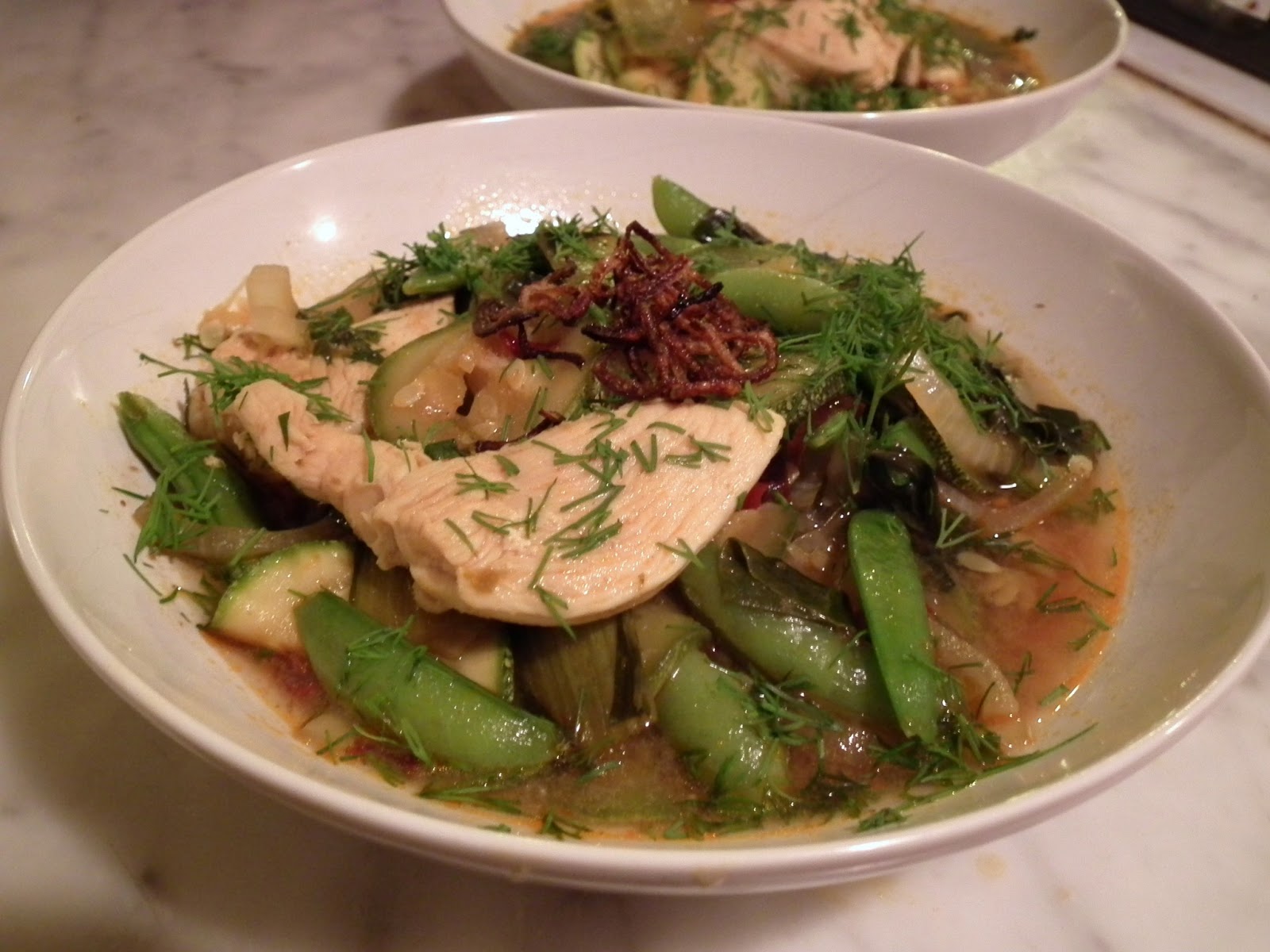 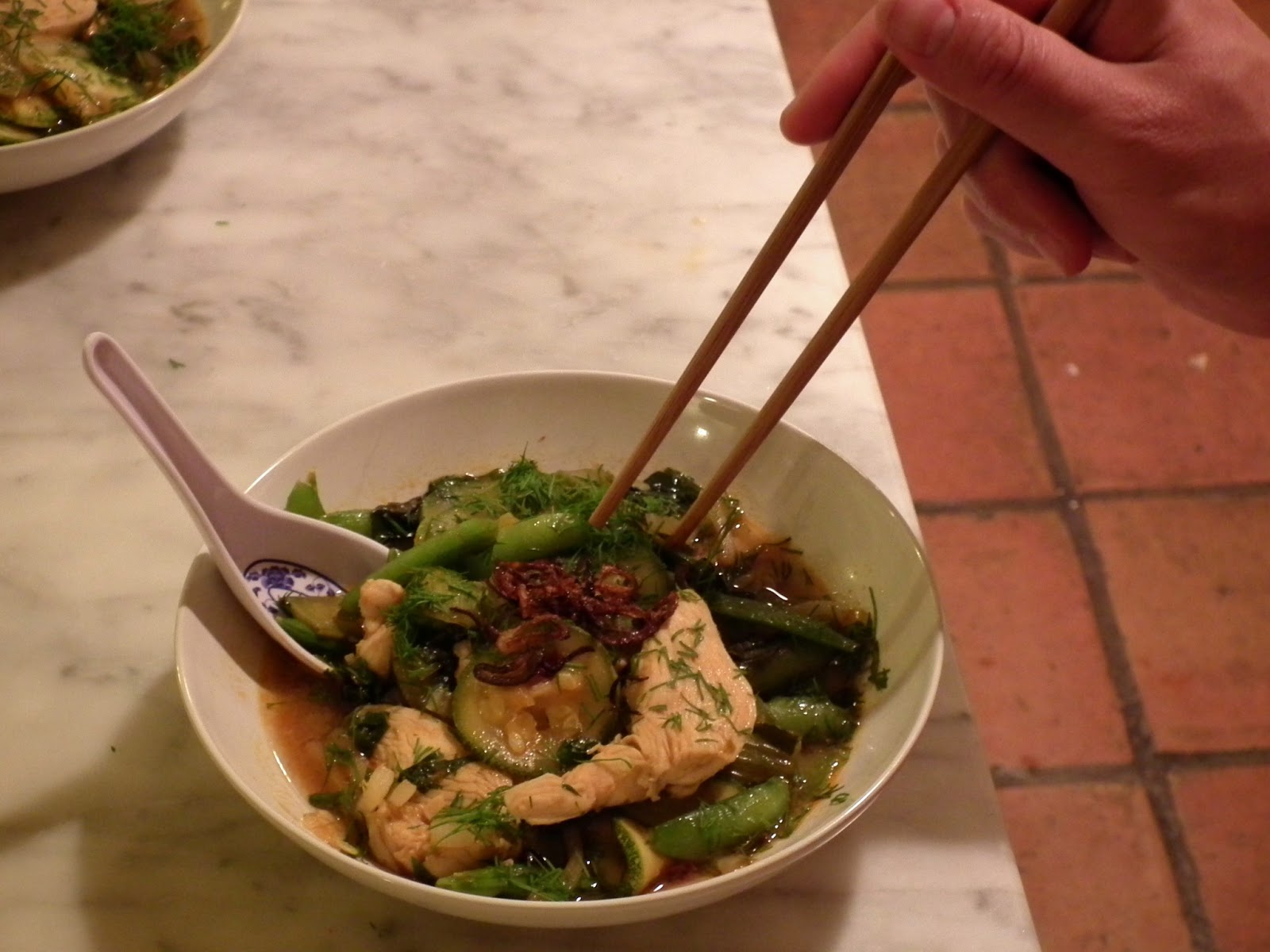 It was really, really good, and very different from typical Thai food such as peanut satay.  The squashes were especially yummy as they soaked up all the complex flavor from the curry, while the heat didn't overwhelm their nutty taste.  I have to say...it was a pretty close rendition to a dish we enjoyed at Little Serow last summer, and much quicker than waiting in line for a table.
Posted by Unknown at 10:13 PM