Today's post is brought to you by the letter 'B'.  Brats. Beer. Beets. Bacon.  What more could you ask for?

You could easily just throw the brats on the grill and call it a day, but we cooked at my place tonight, and I don't have a grill.  Instead, we gave the brats a quick sear on each side in a skillet, and then dropped in some  sliced yellow onions and a bottle of Red Hook Pilsner to finish cooking. 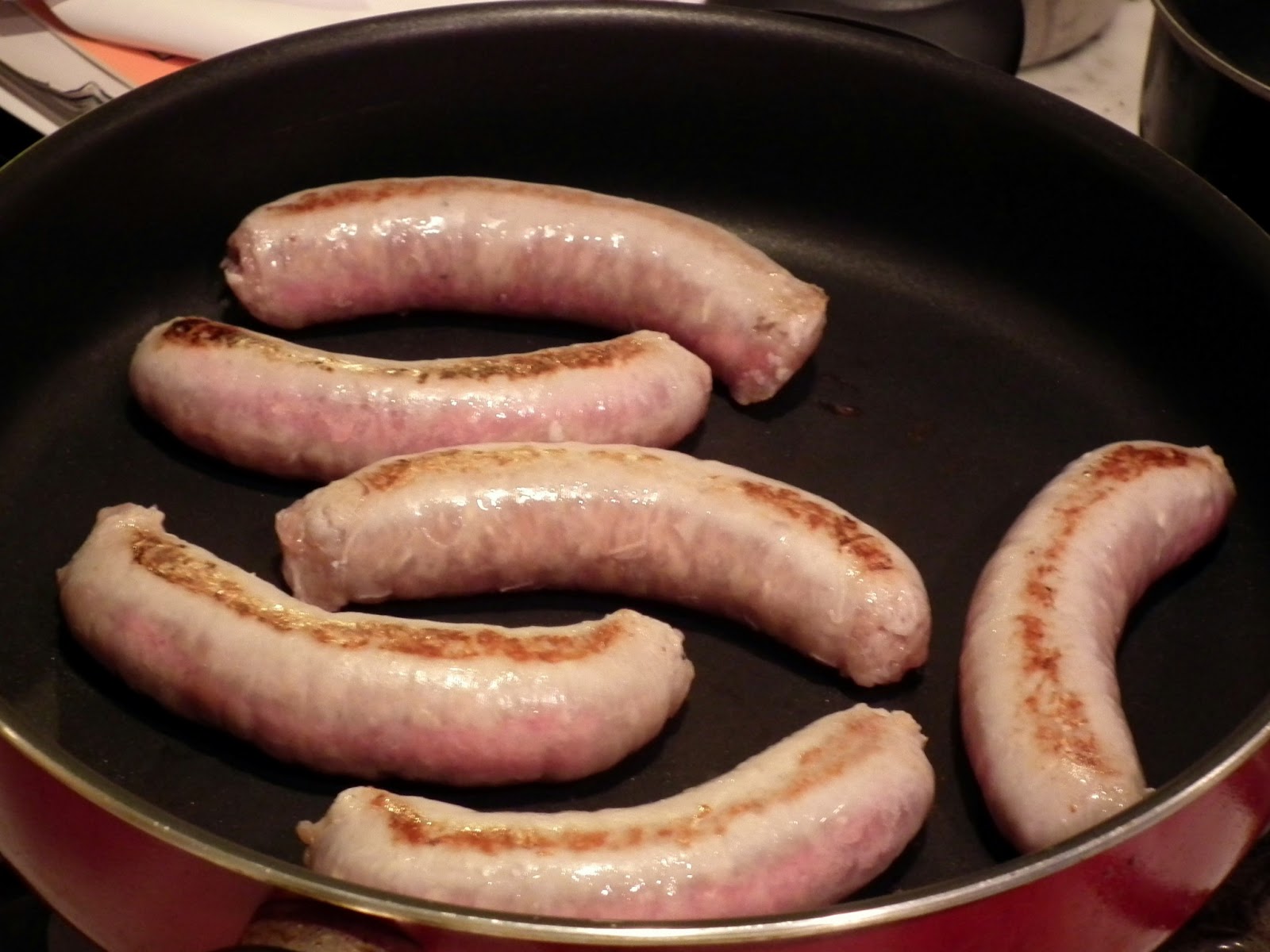 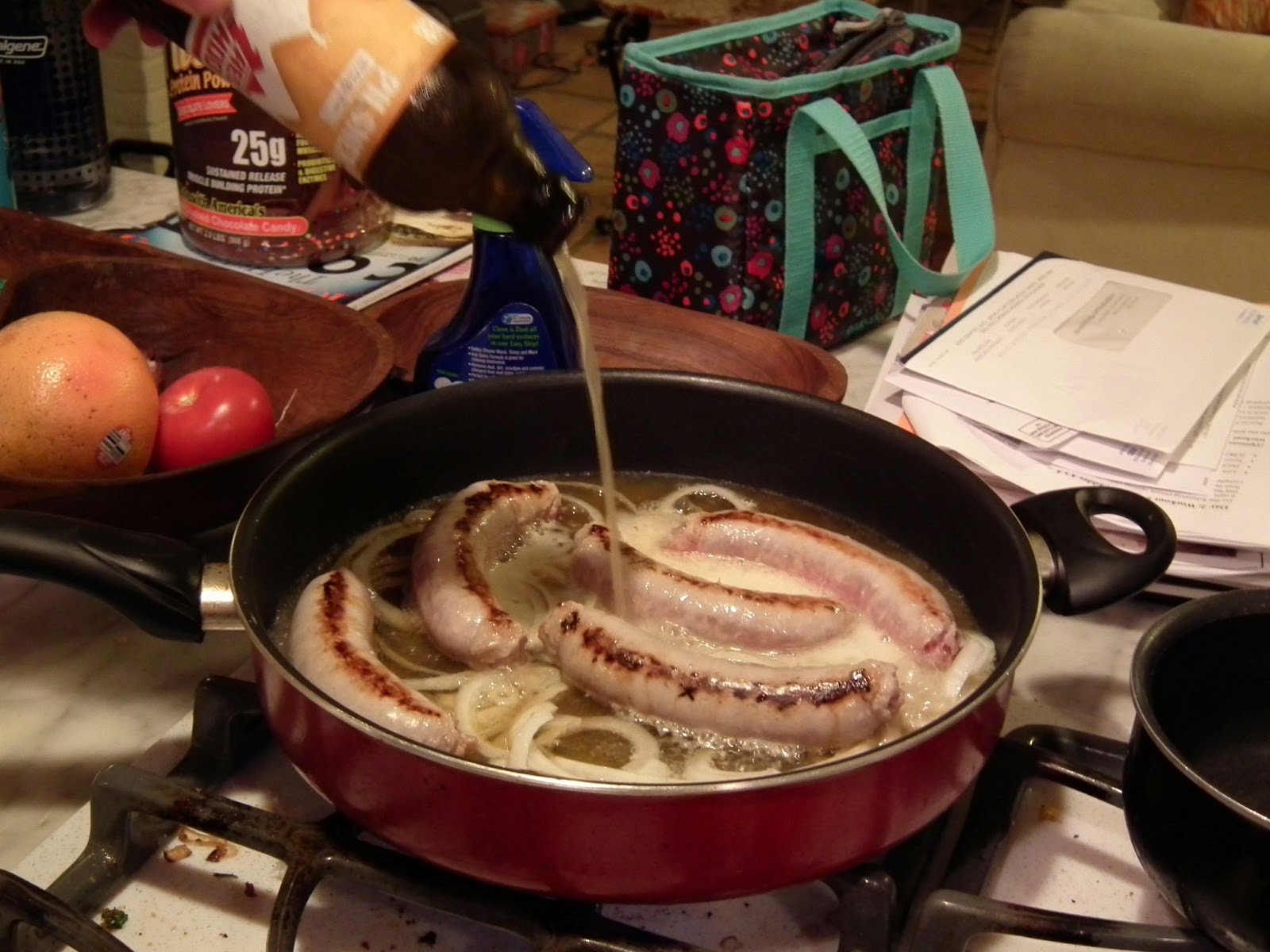 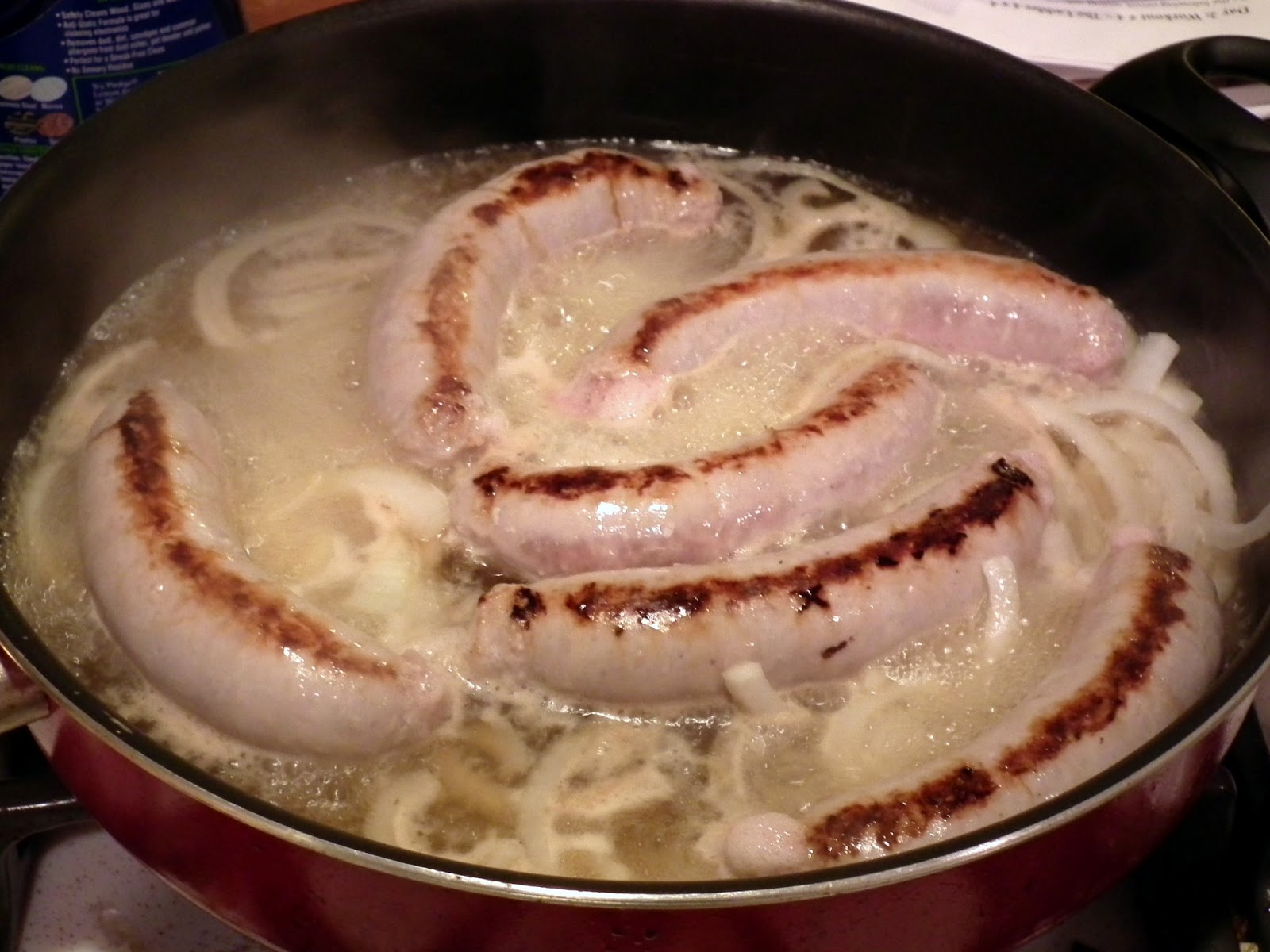 While the brats were steaming away, we got to work on the beets, which were the star of the show. Start by peeling and quartering your beets, and dropping them into some salted, boiling water until tender.  Though the recipe called for bibb lettuce, we just used the beet greens, so make sure to give them a good rinse and reserve them.  While the beets are boiling, crisp up some bacon. 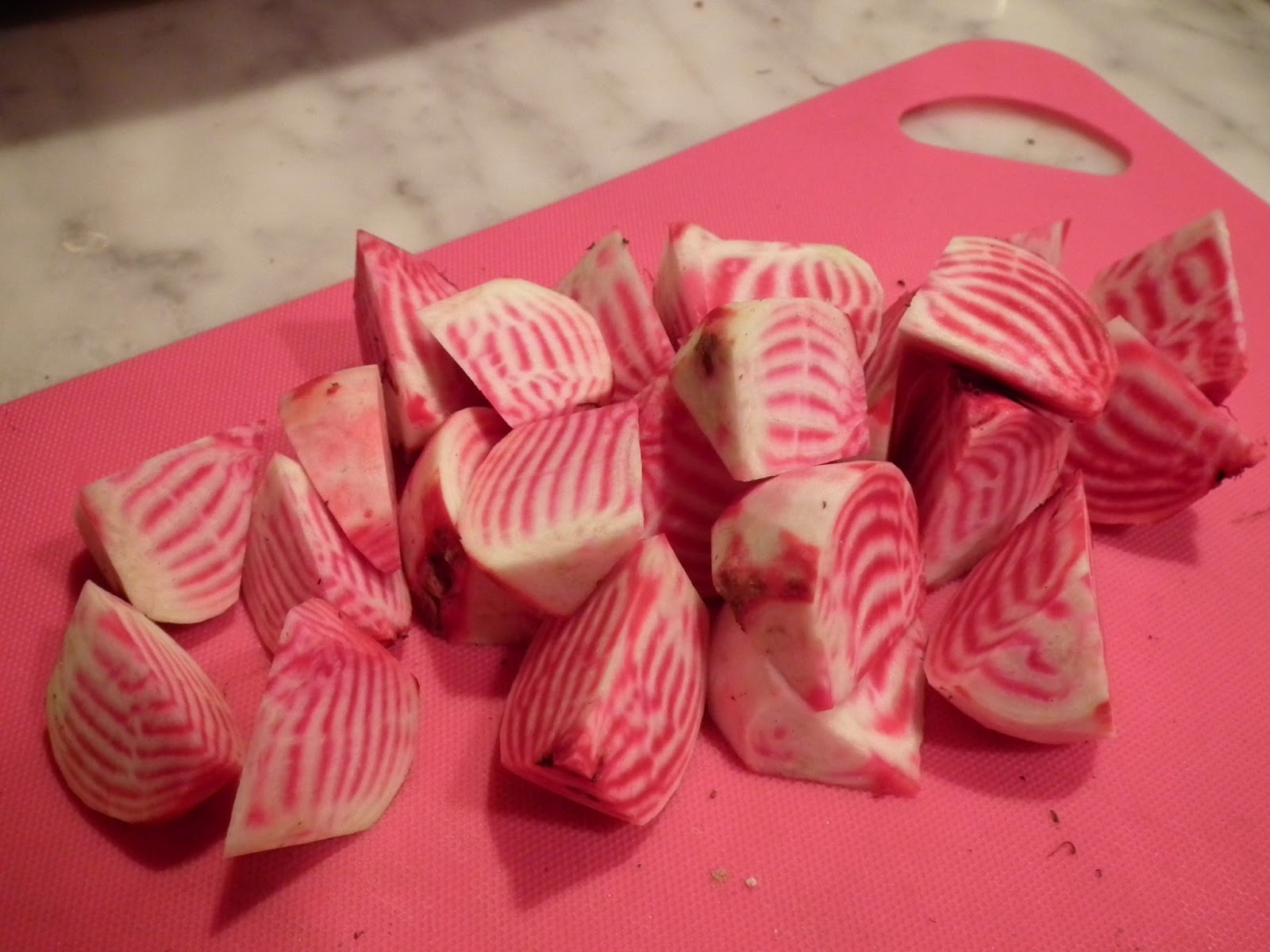 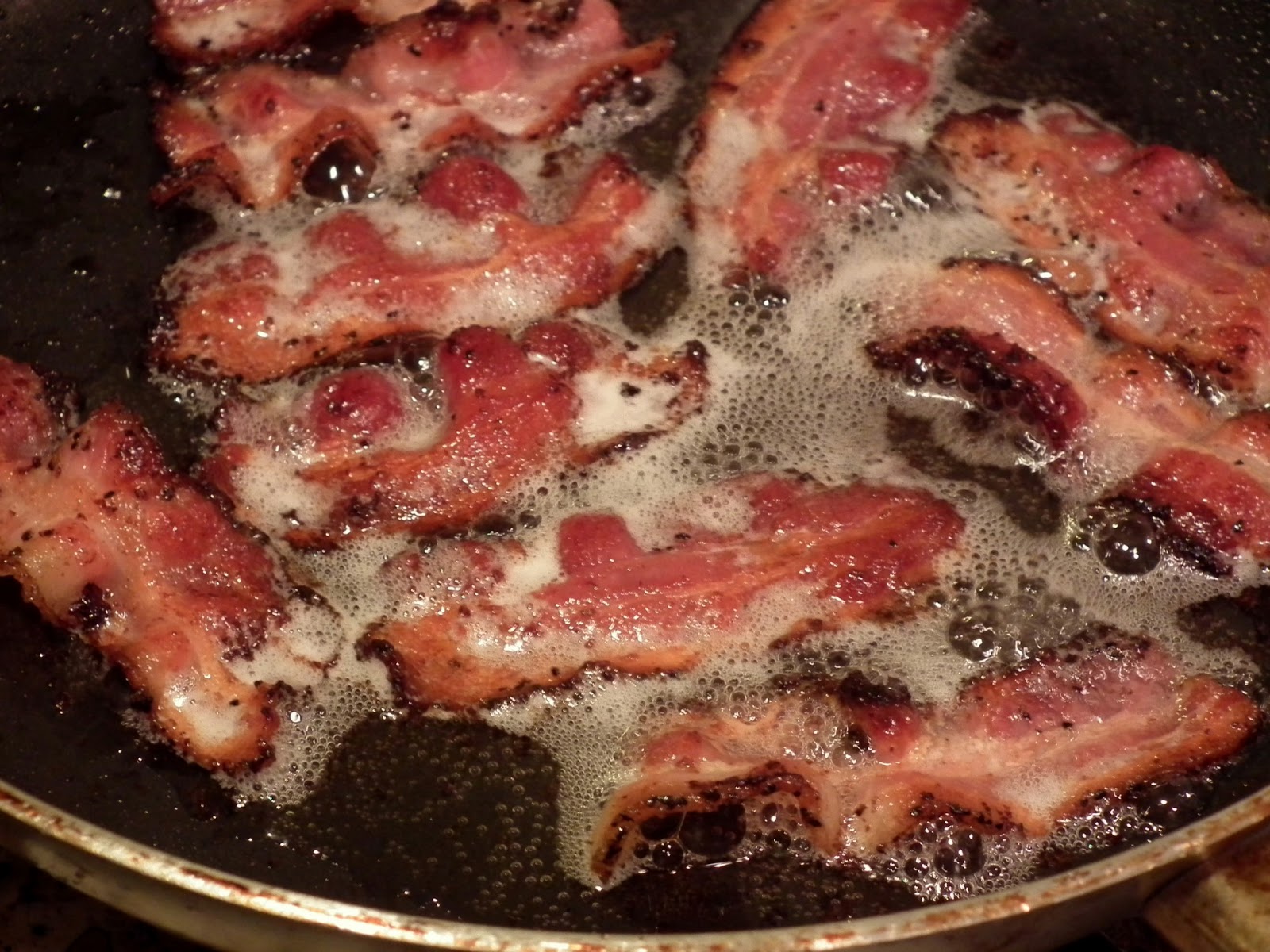 You can set the bacon aside, but keep the fat in the pan to cook up the red onion, and wilt down your greens.  We then added in some balsamic, brown sugar, and fennel seed.  I only had the star anise pods on hand, so we substituted the fennel seed.  Let the brown sugar melt down, and then toss in your beets and coat them in the sauce.  Once they're coated, just sprinkle the bacon on top, and you're ready to serve.  Though the recipe calls for more of a salad, ours turned into more of a side dish since we wilted down the beet greens. 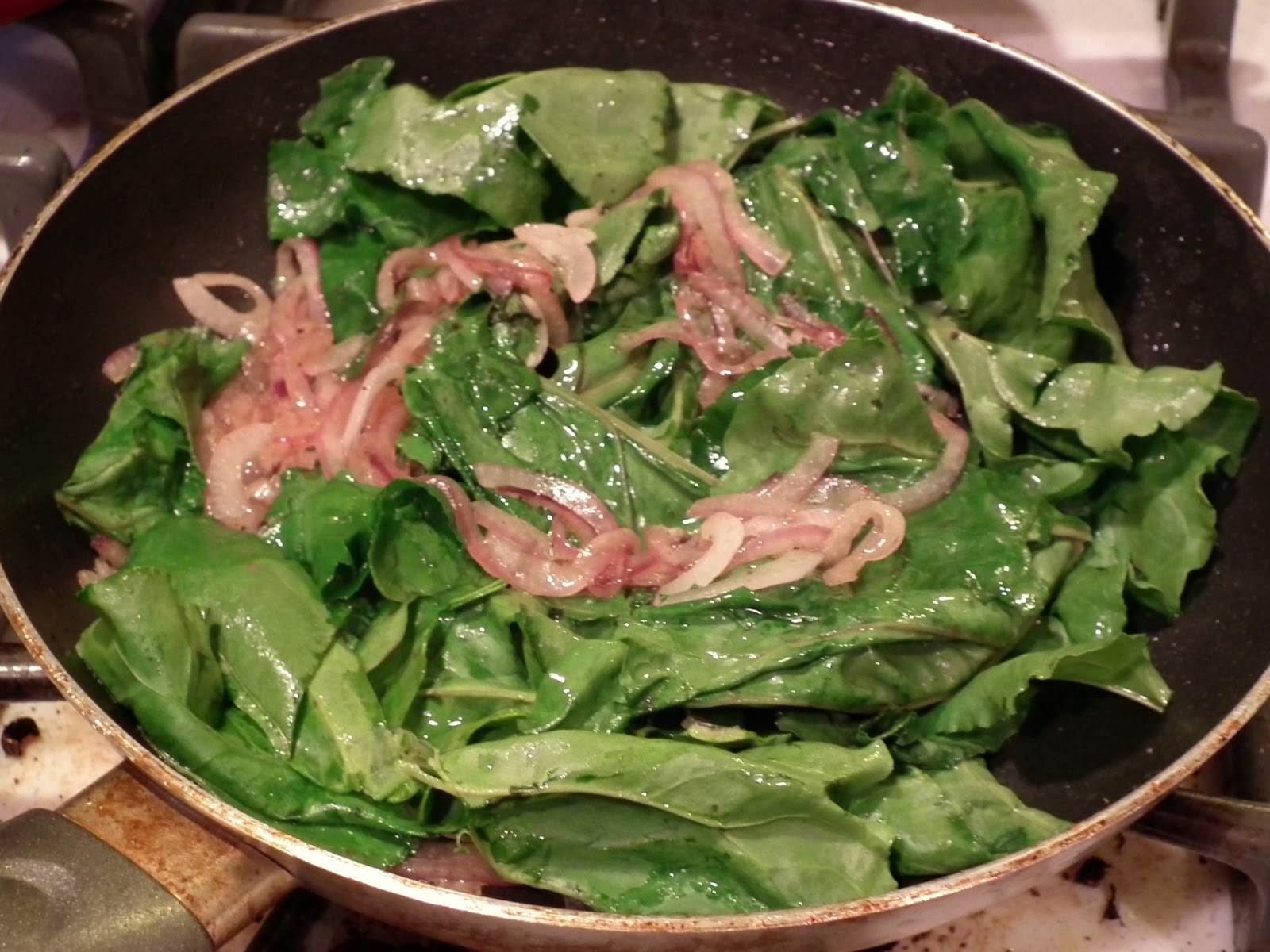 The beets, brown sugar and reduced balsamic made for a pretty sweet combination, but the greens and the bacon helped balance it out.  It really could've used the dark beer to cut the sweetness...we just didn't have any we were willing to sacrifice. 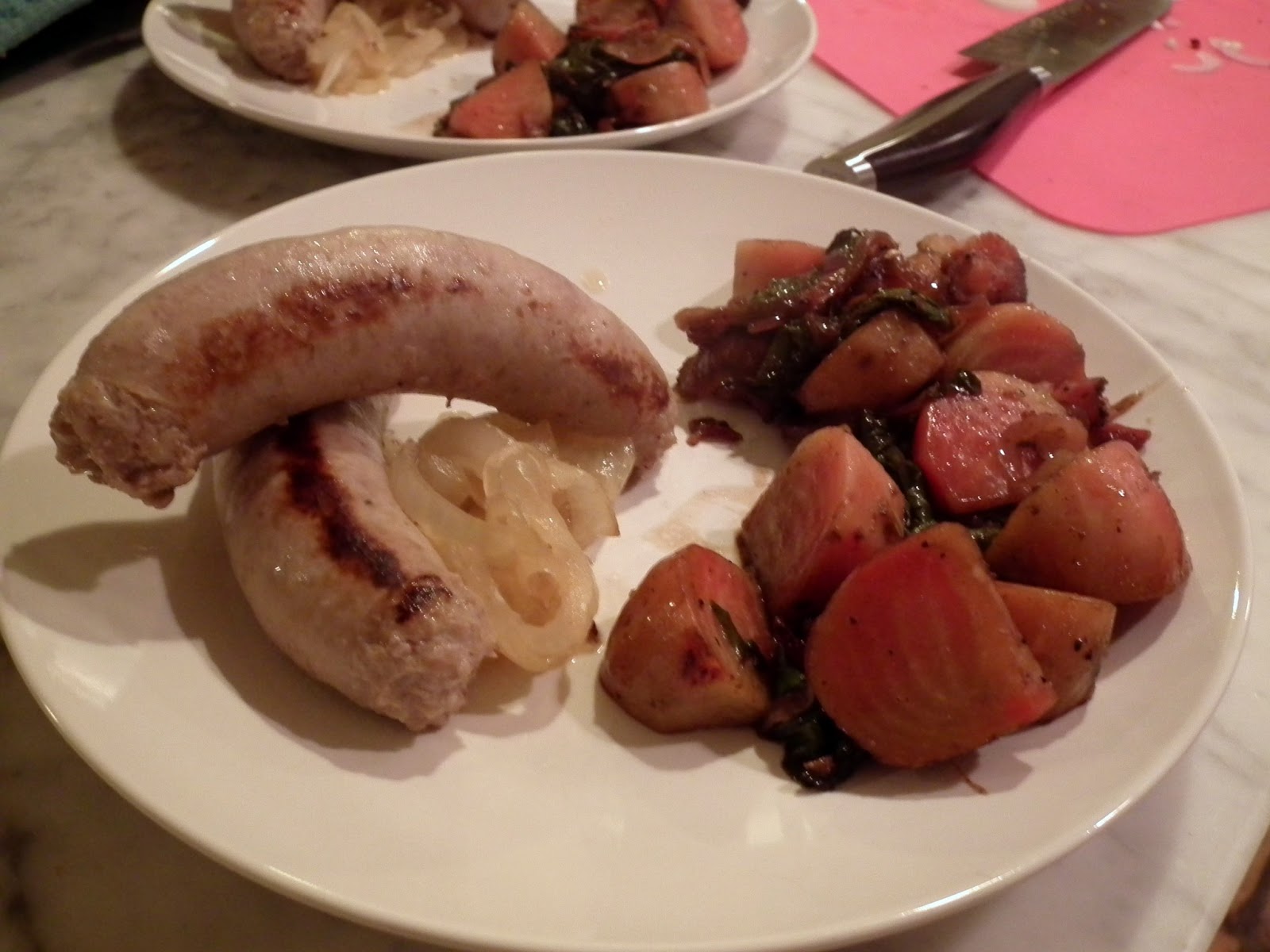 It was a quick, tasty summery meal; perfect for a Friday night.
Posted by Unknown at 11:21 AM