Tonight's dinner was super simple...we threw some steaks on the grill and mixed up a simple salad (for those of you at home playing the 2 Hungry Hearts drinking game, take a drink every time we make a simple salad) of green leaf lettuce and sliced fennel...all items from our share.  We topped the salad with some toasted walnuts, and dressed it with olive oil, white balsamic vinegar, some thyme and fennel fronds.  The sweetness of the white balsamic balanced out the fennel quite nicely. 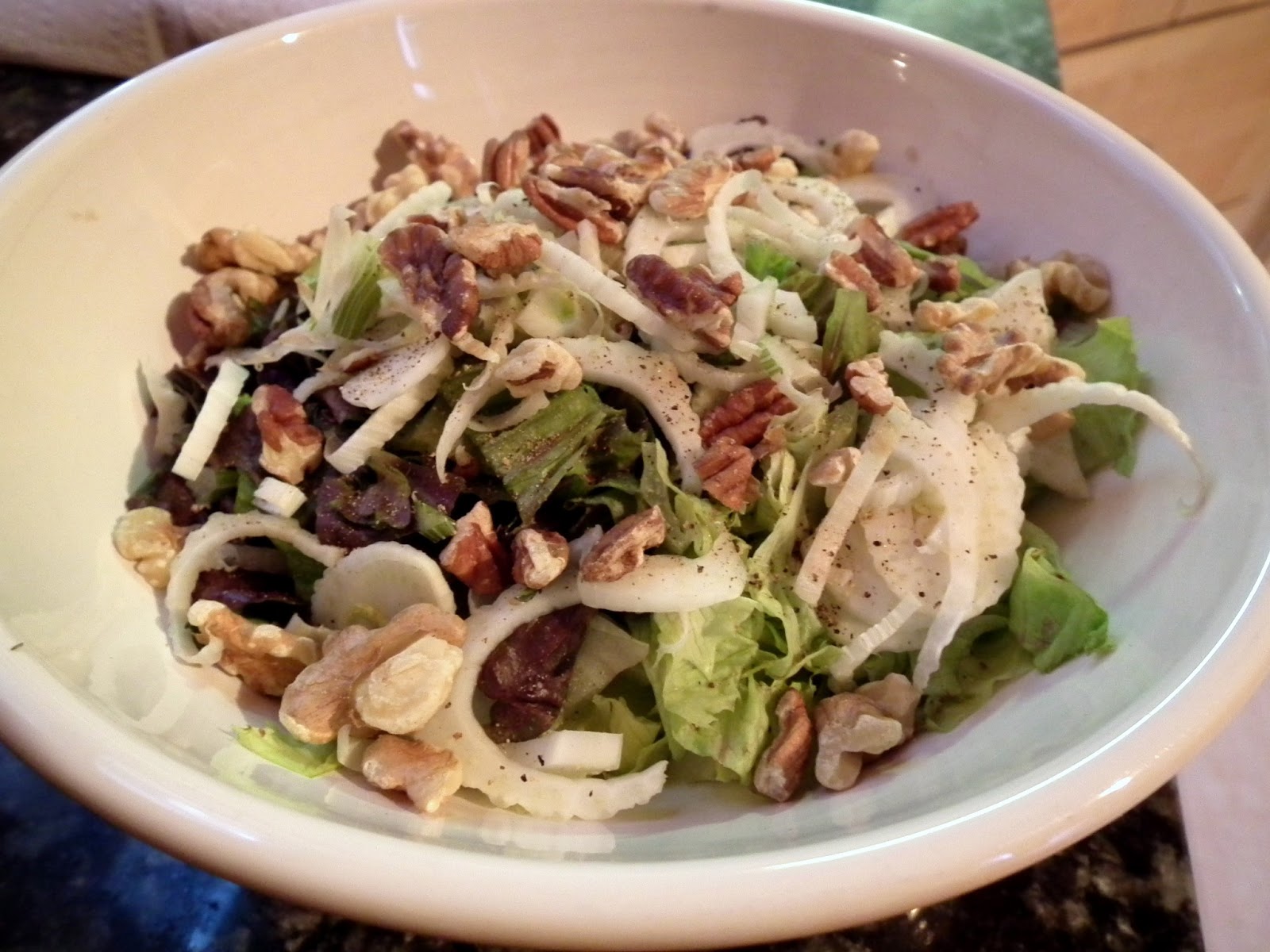 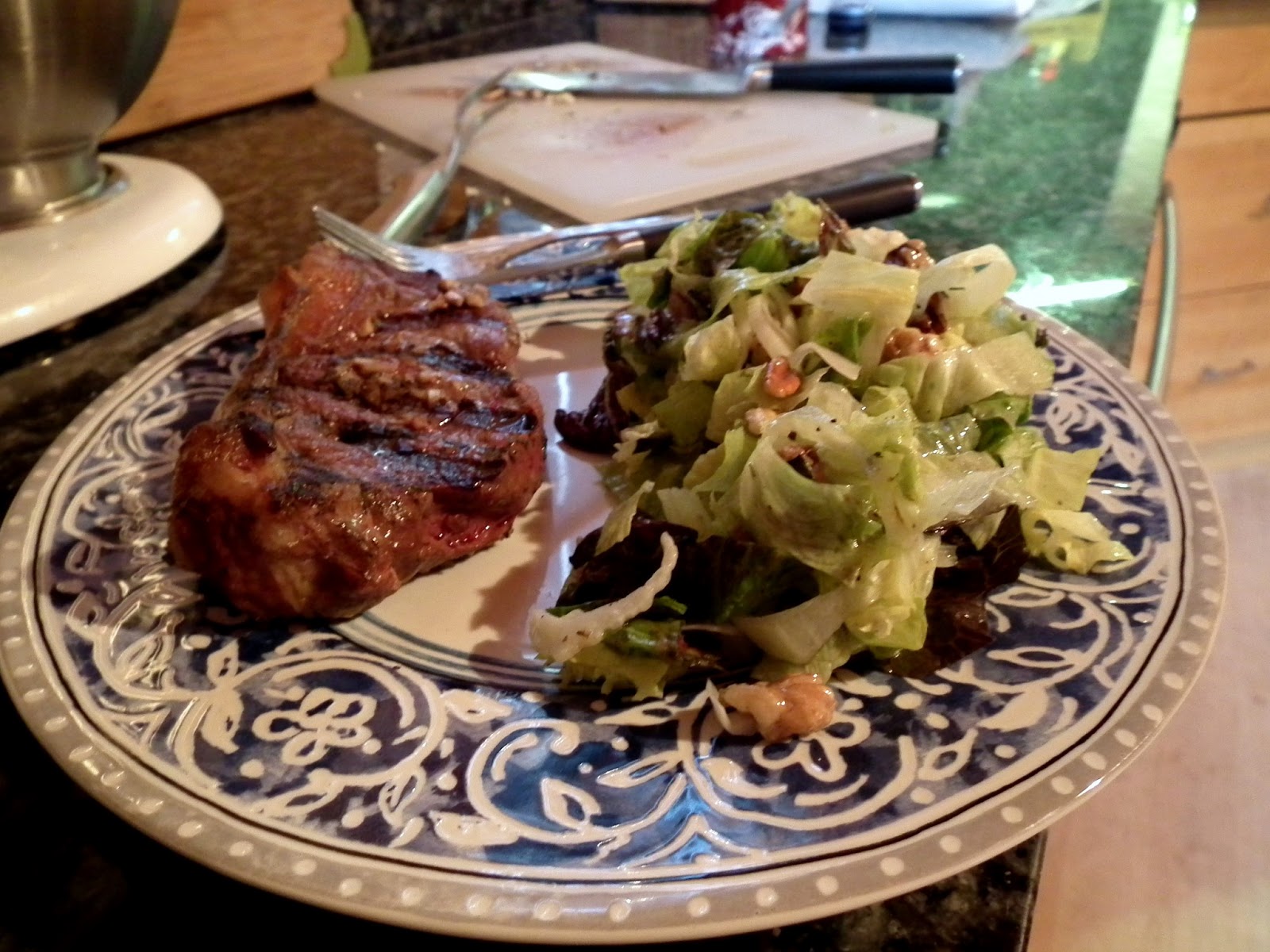 But let's get on to the main event.  If you thought the salad and steak were easy, wait till you feast your eyes on this dessert.  It couldn't be simpler! 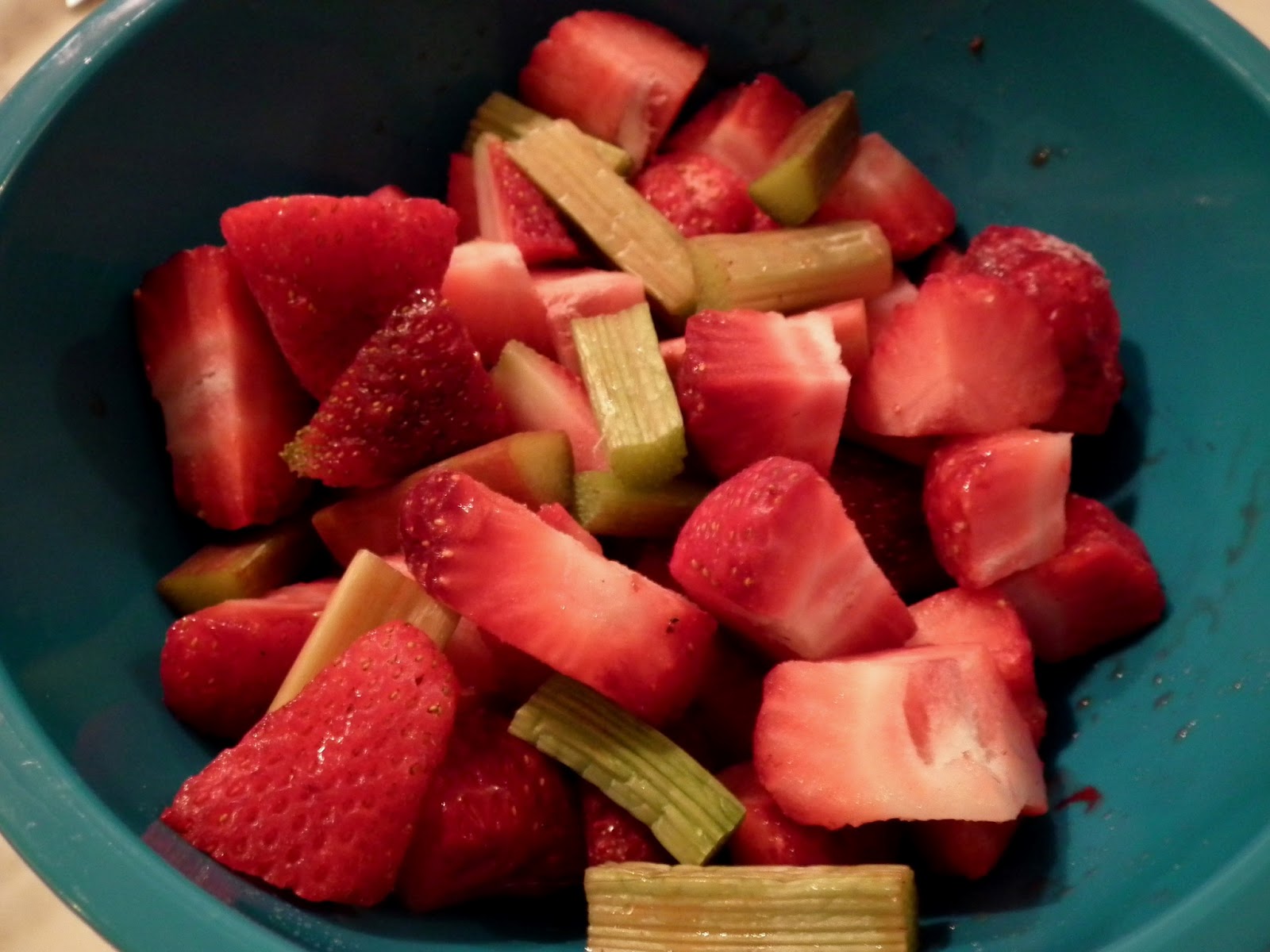 We only had 2 stalks of rhubarb, so we tossed in some quartered strawberries too.  Strawberries and rhubarb are a winning combination; the sweetness of strawberries balancing out the tartness of rhubarb.  Since we had the strawberries, we just cut out some of the sugar the recipe called for.  Anyway...just chop up the rhubarb and strawberries, and toss with a bit of lemon juice and sugar. 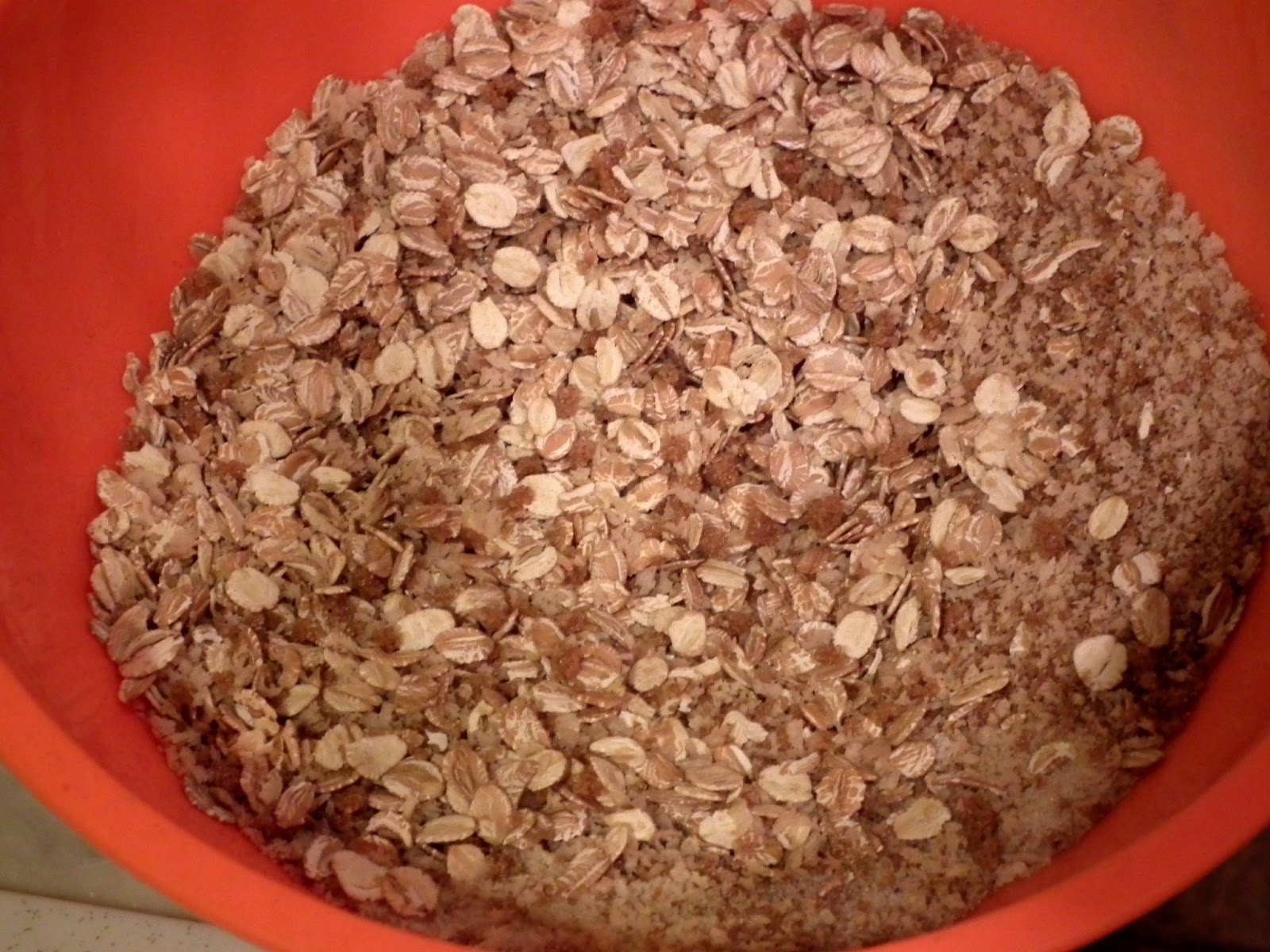 In a separate bowl you'll make the topping.  Rather than just use panko, as the recipe calls for, we also threw in some oats, along with cinnamon, nutmeg, ground ginger, and some Chinese five spice, since we didn't have allspice on hand.

Butter the bottom of your baking dish, and spread some of your topping on the bottom to make a nice little crust.  Then layer on your strawberries and rhubarb so they're evenly distributed.  Top it off with the rest of your topping, along with your chopped almonds.  Then cube up some butter and dot the top.  Make sure the butter is spread out evenly too, so it melts over the whole dish. 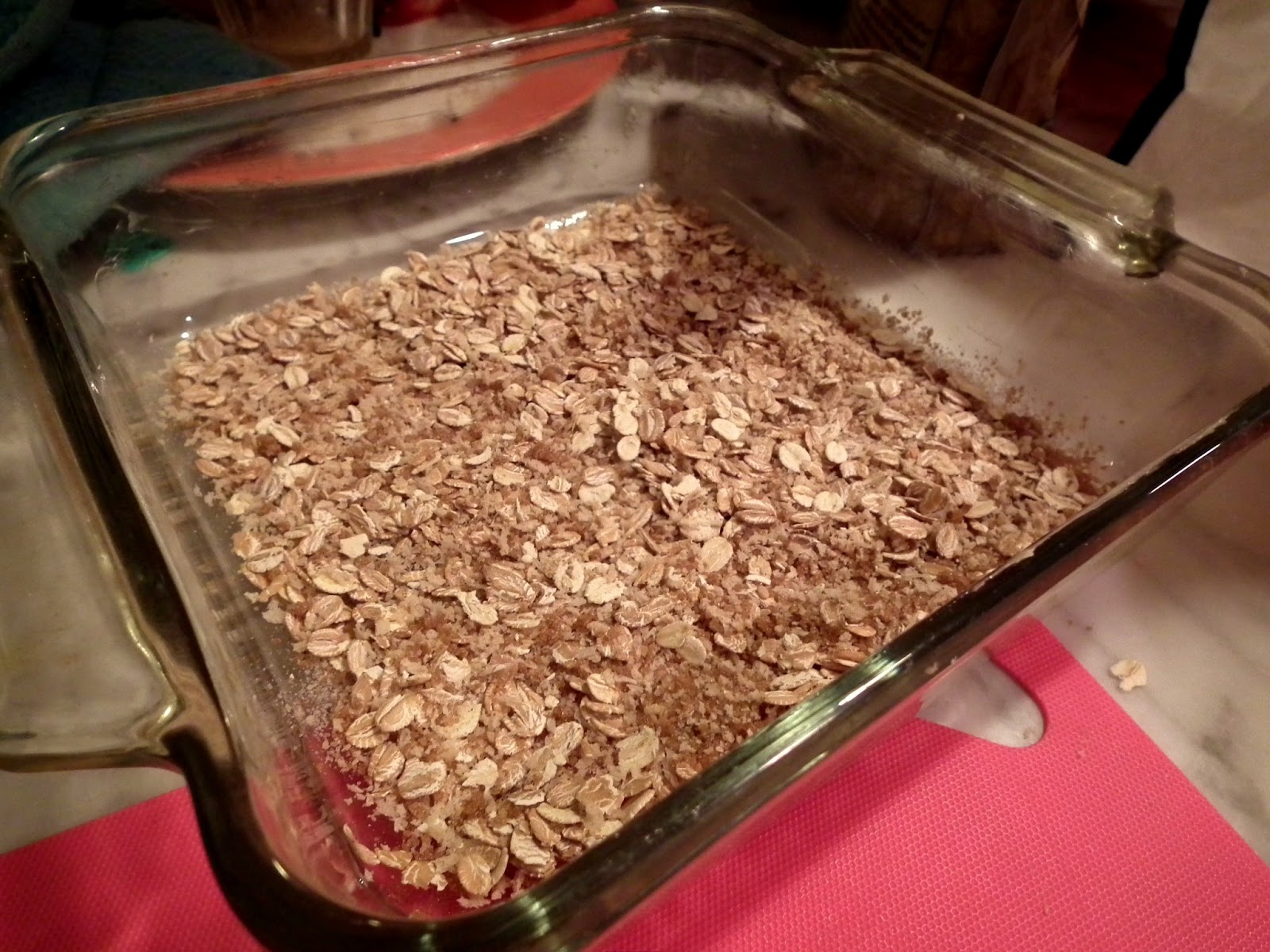 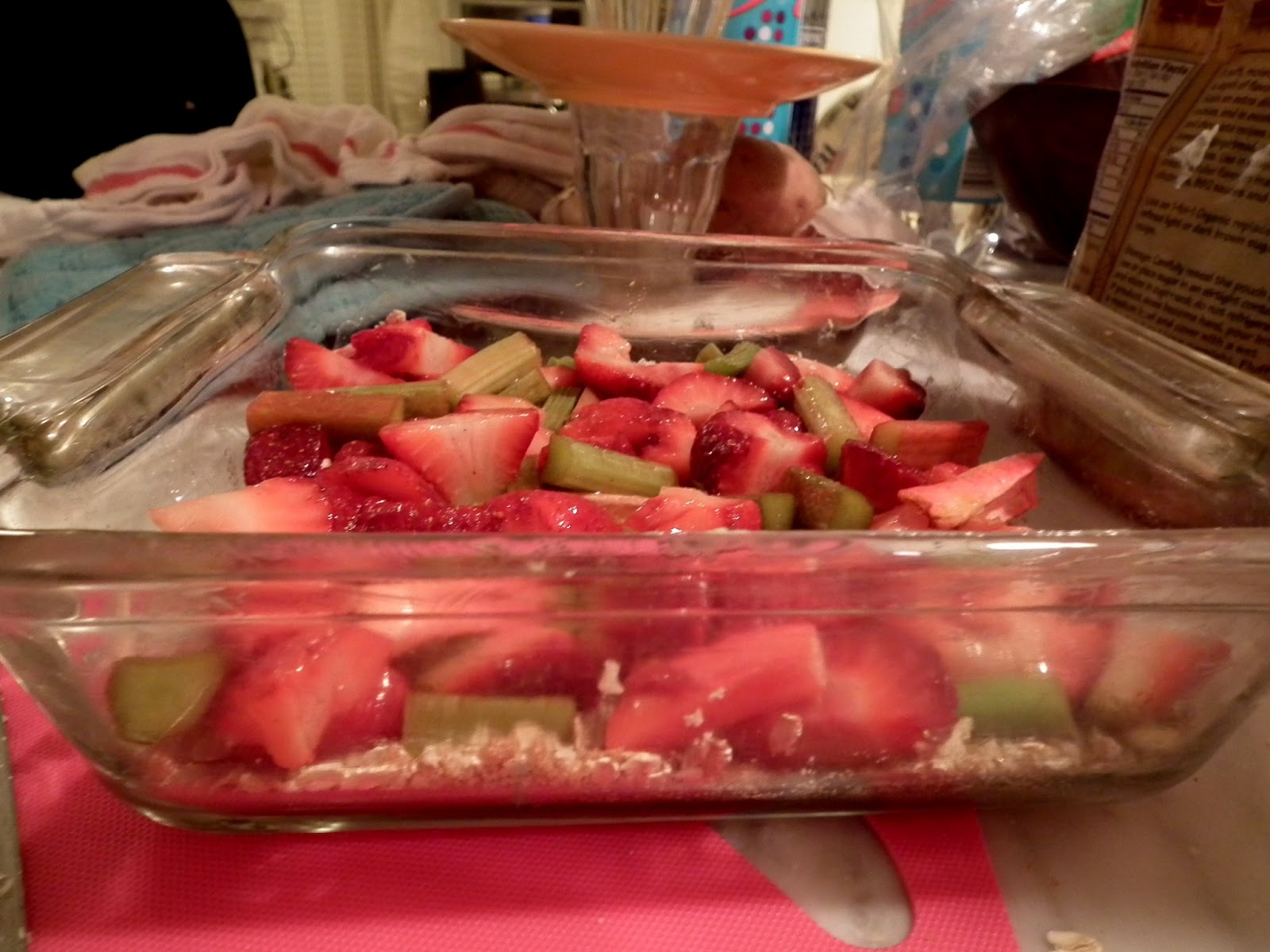 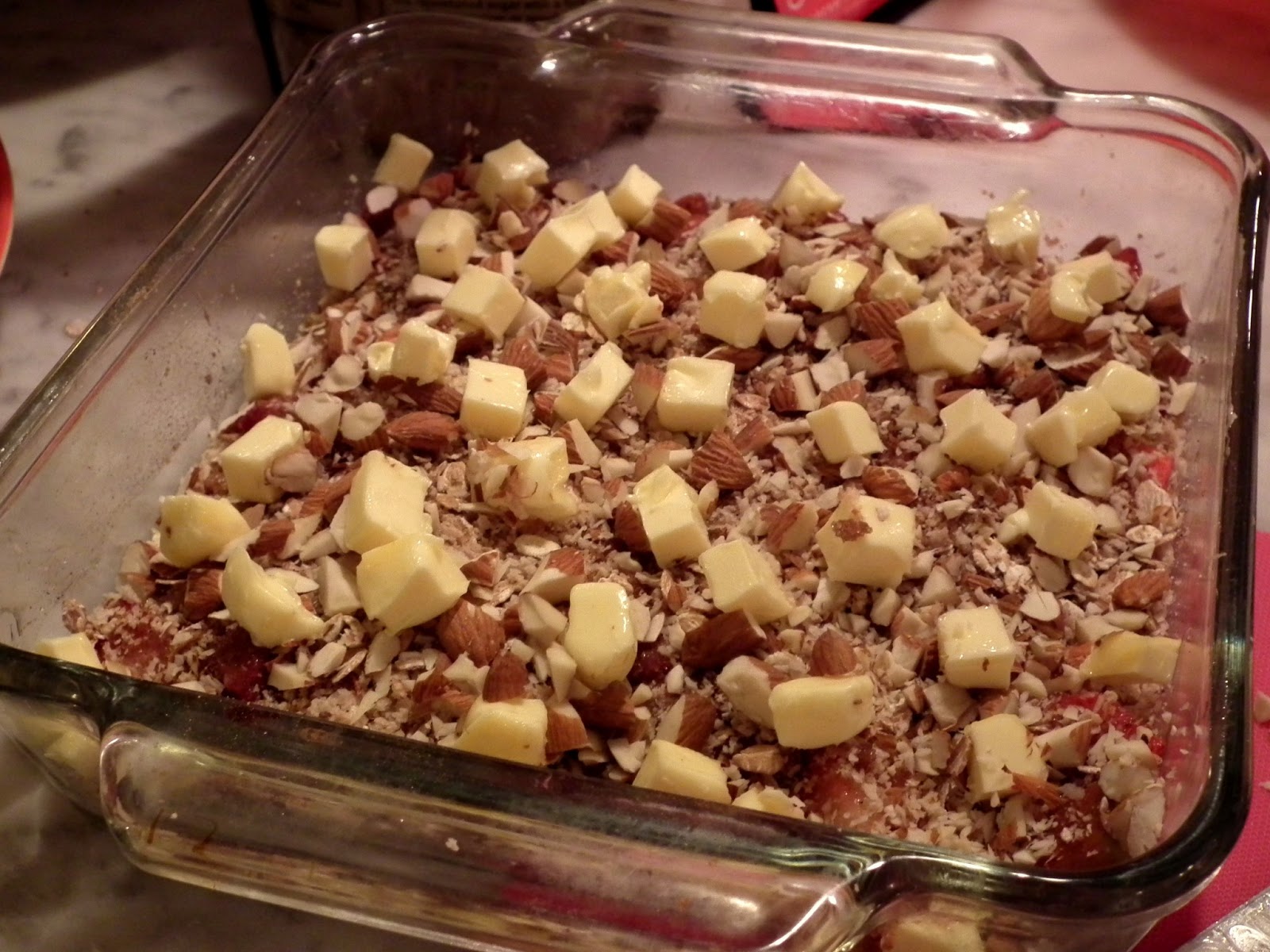 Then just pop it into a 350 degree oven for about 20 minutes.  You want the filling to start to bubble, and the top to be golden brown and crisp.  Let it cool for a few minutes, and then dig in! As our friend Jeffrey Zakarian would say, "Yummy!" 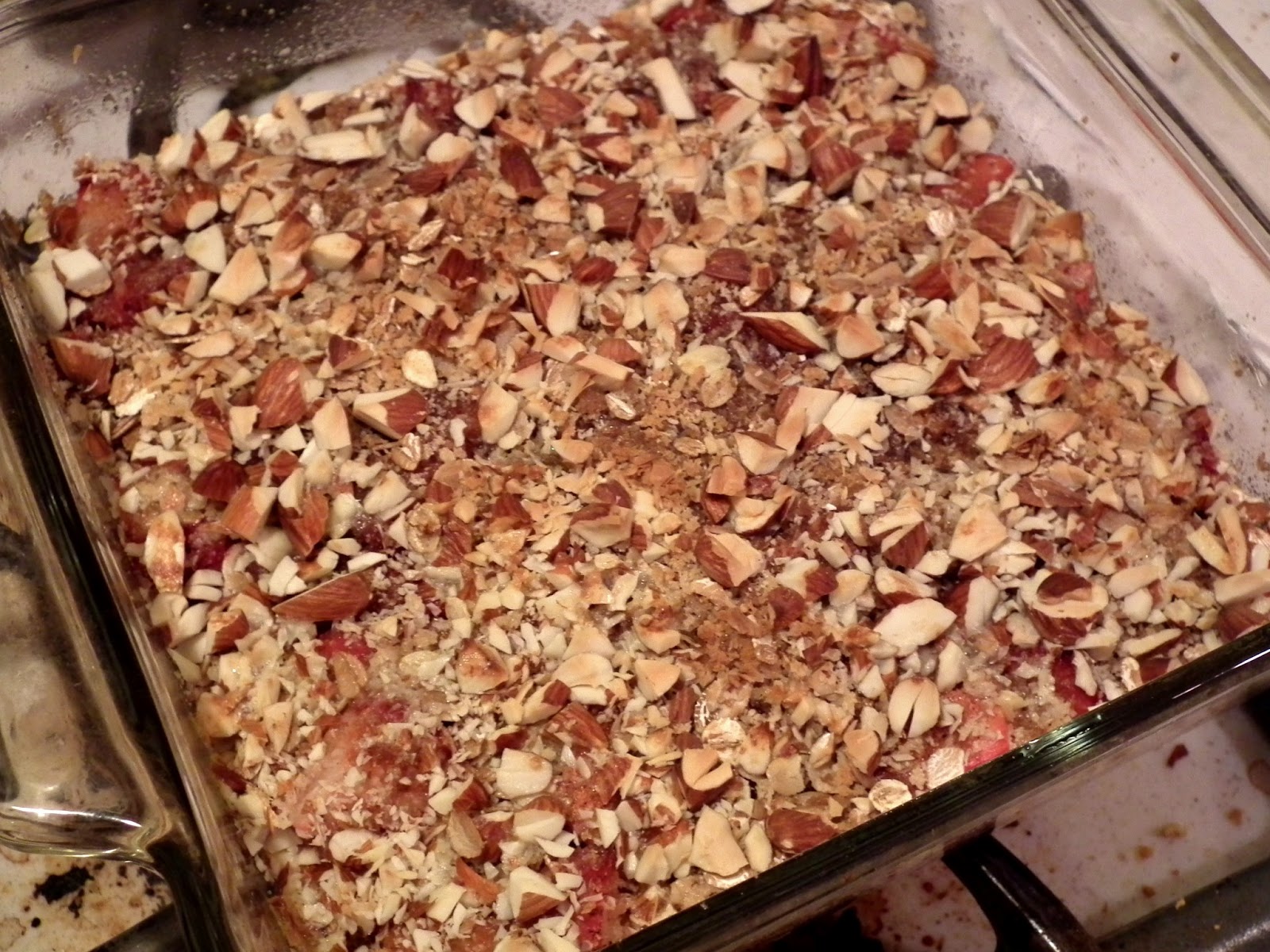 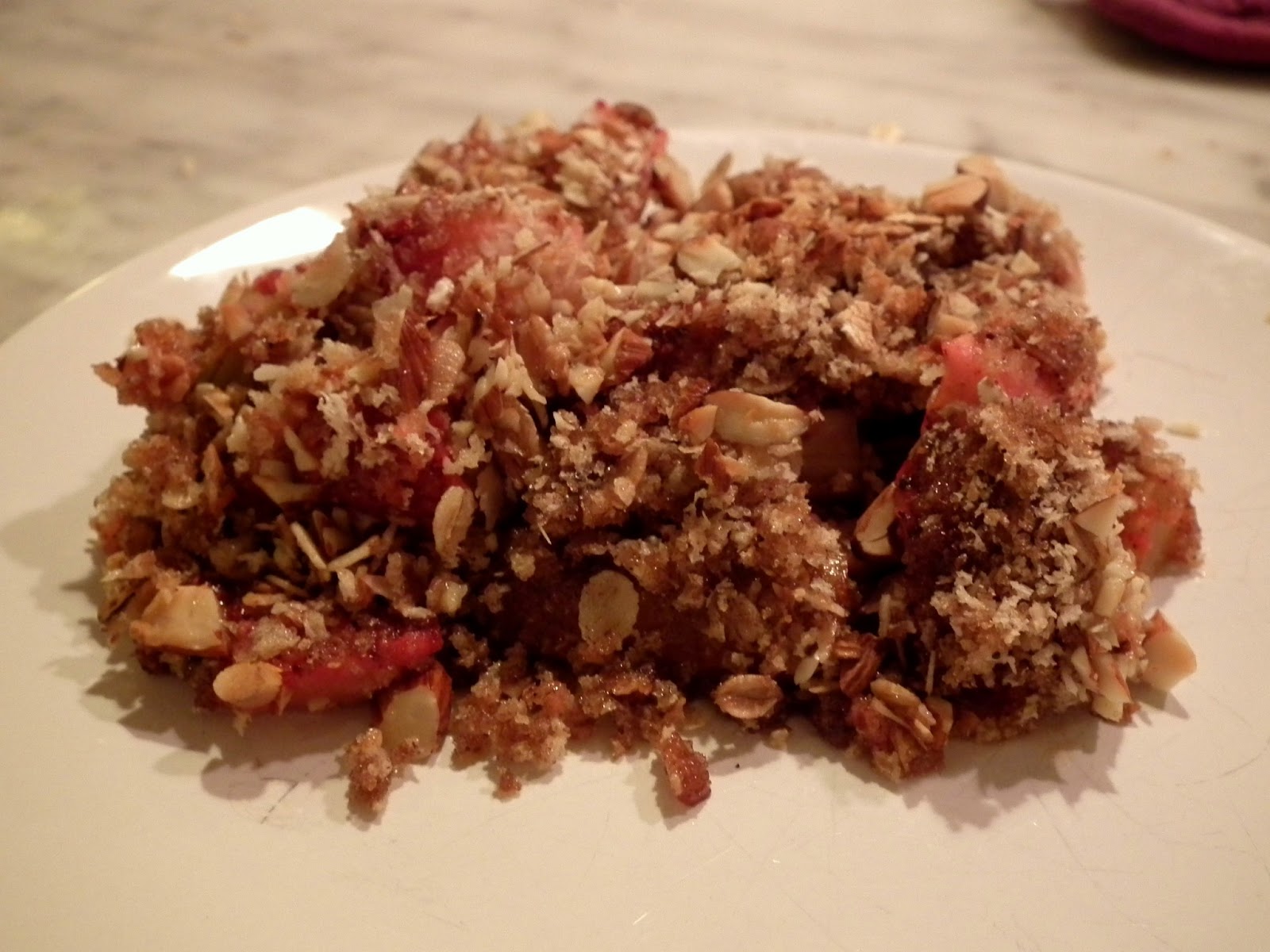