Ah the infamous beer can chicken, AKA redneck duck confit.  Legend has it that at a BBQ competition some guy was waiting for brisket to cook overnight. He grew hungry while drinking some brews, and decided to cook himself up a chicken to snack on.  In his drunken state he accidentally set the chicken on his beer, and the beer can chicken was born.  Contrary to popular belief, the reason the chicken is so moist and delicious isn't from alcohol vapors or anything like that.  Sitting upright lets all that tasty skin fat render down the breast meat making it all tender and delicious!

After patiently waiting 3 whole days for our chicken to defrost, we were FINALLY able to cook it.  And with the weather warming up, we've been using the grill a lot more lately, so we decided to try out some beer can chicken.  This isn't a quick meal, like our last few have been, but it's totally worth the wait.

Start by procuring a can of beer.  We used Oskar Blues Ten Fidy Imperial Stout, since we had it on hand, but you can use whatever you want.  Reserve about 1/4 of the can for your rub, drink about 1/4, and leave the other half in the can.  Then we chopped up some garlic, rosemary, and oregano, and added that to the can with a bit of your dry rub ingredients. 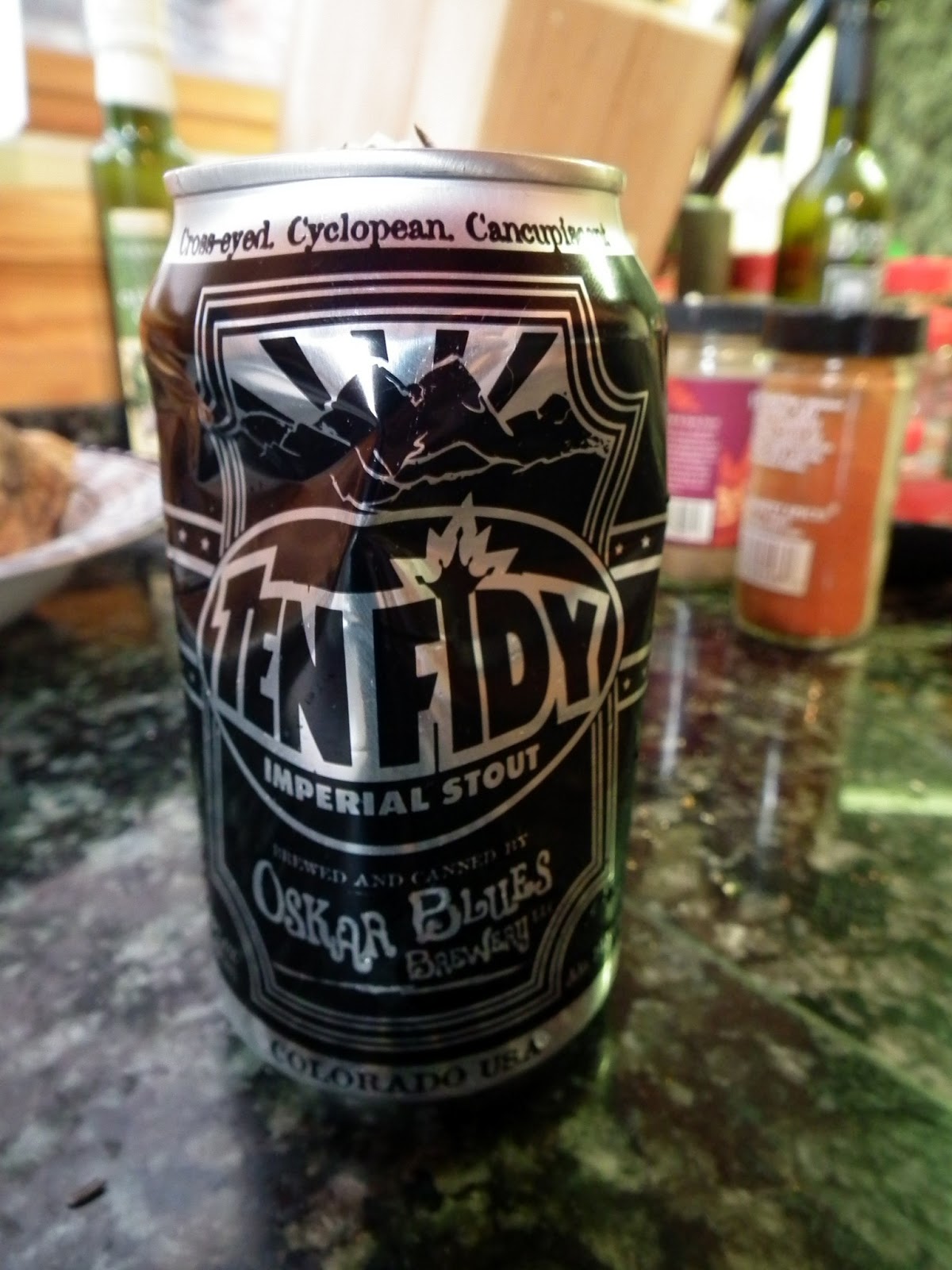 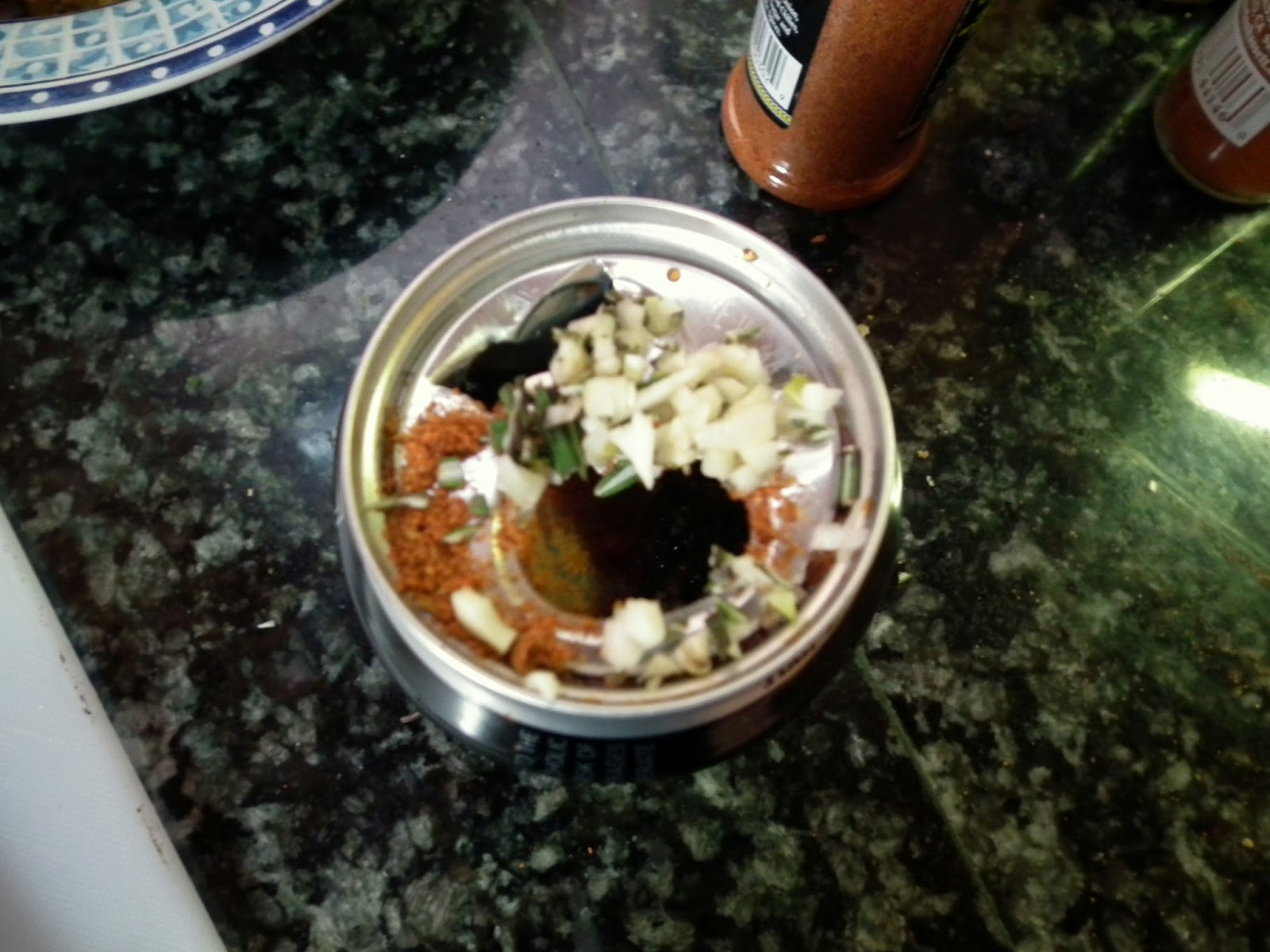 For the rub, we used that 1/4 can of beer we reserved, some grapeseed oil (or whatever oil you have on hand), paprika, cayenne, cumin, dried sage, dried thyme, salt, pepper, and some secret hobo spices (we can't tell you ALL of our secrets!).  Before mixing the wet and dry ingredients, we put some of the spice mixture into the beer can (mentioned above), and saved some to sprinkle on the bird before we put him on the grill.  Then just get your hands dirty and rub your mixture all over the chicken, making sure to get into all the nooks and crannies. 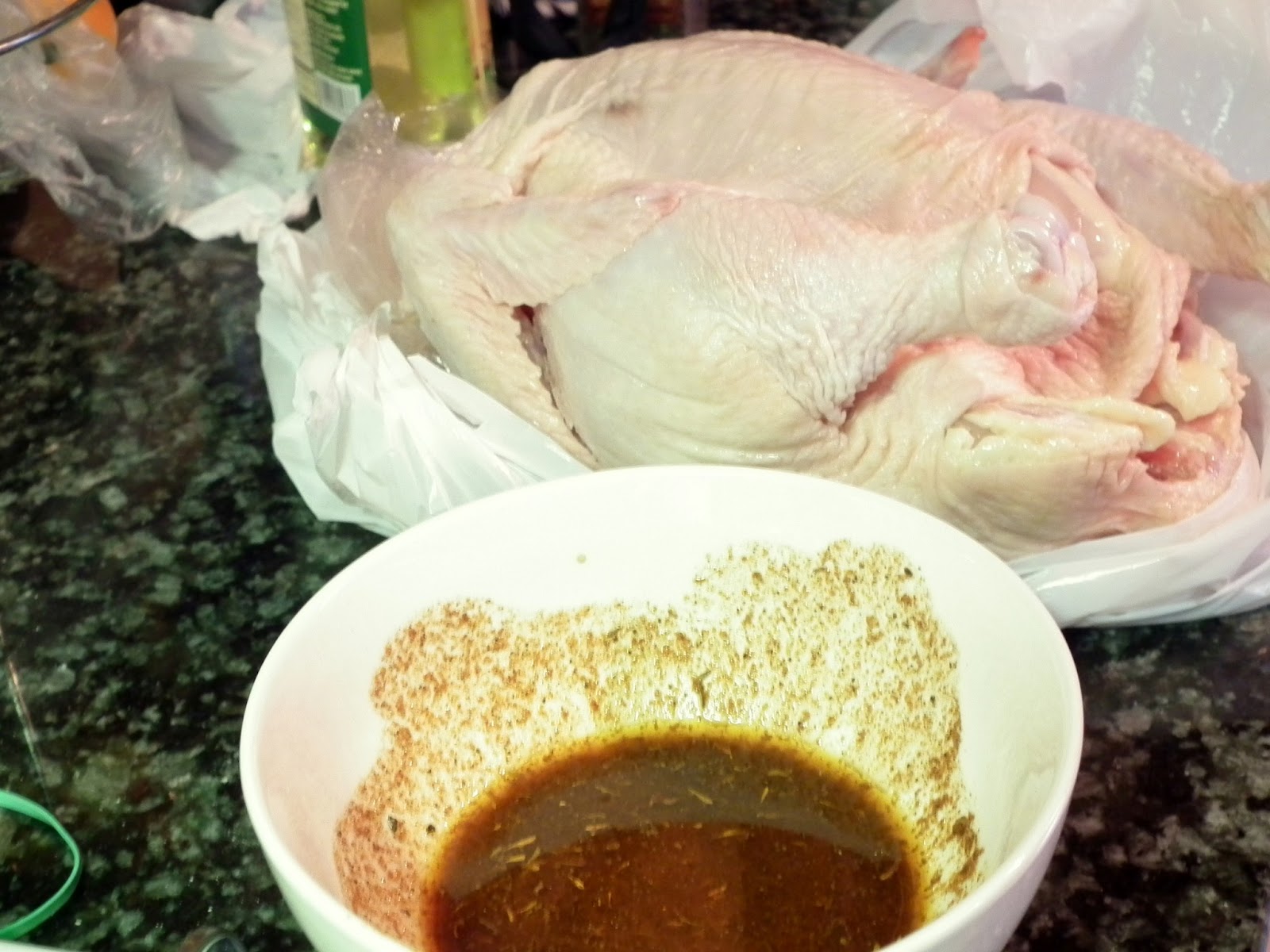 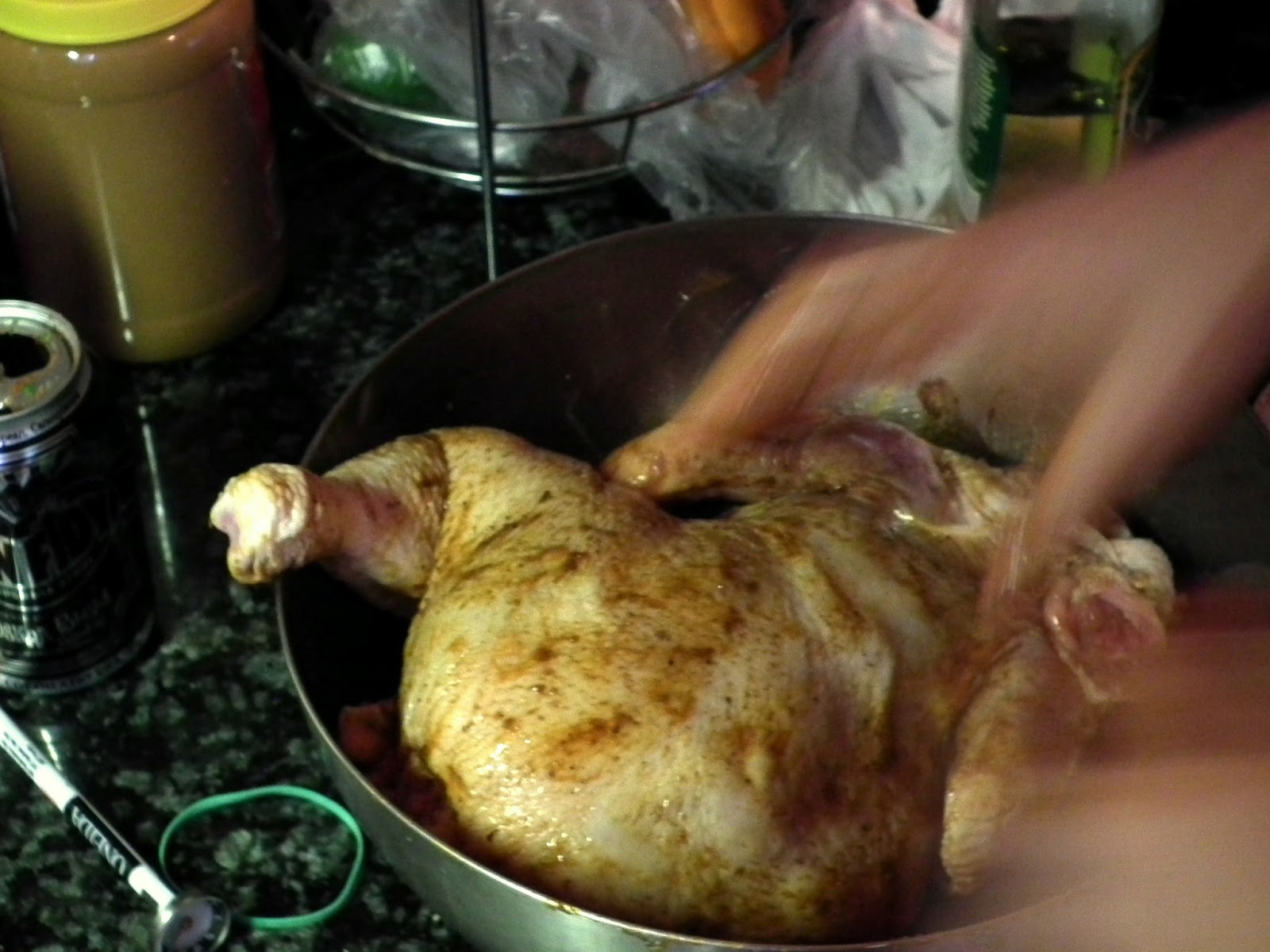 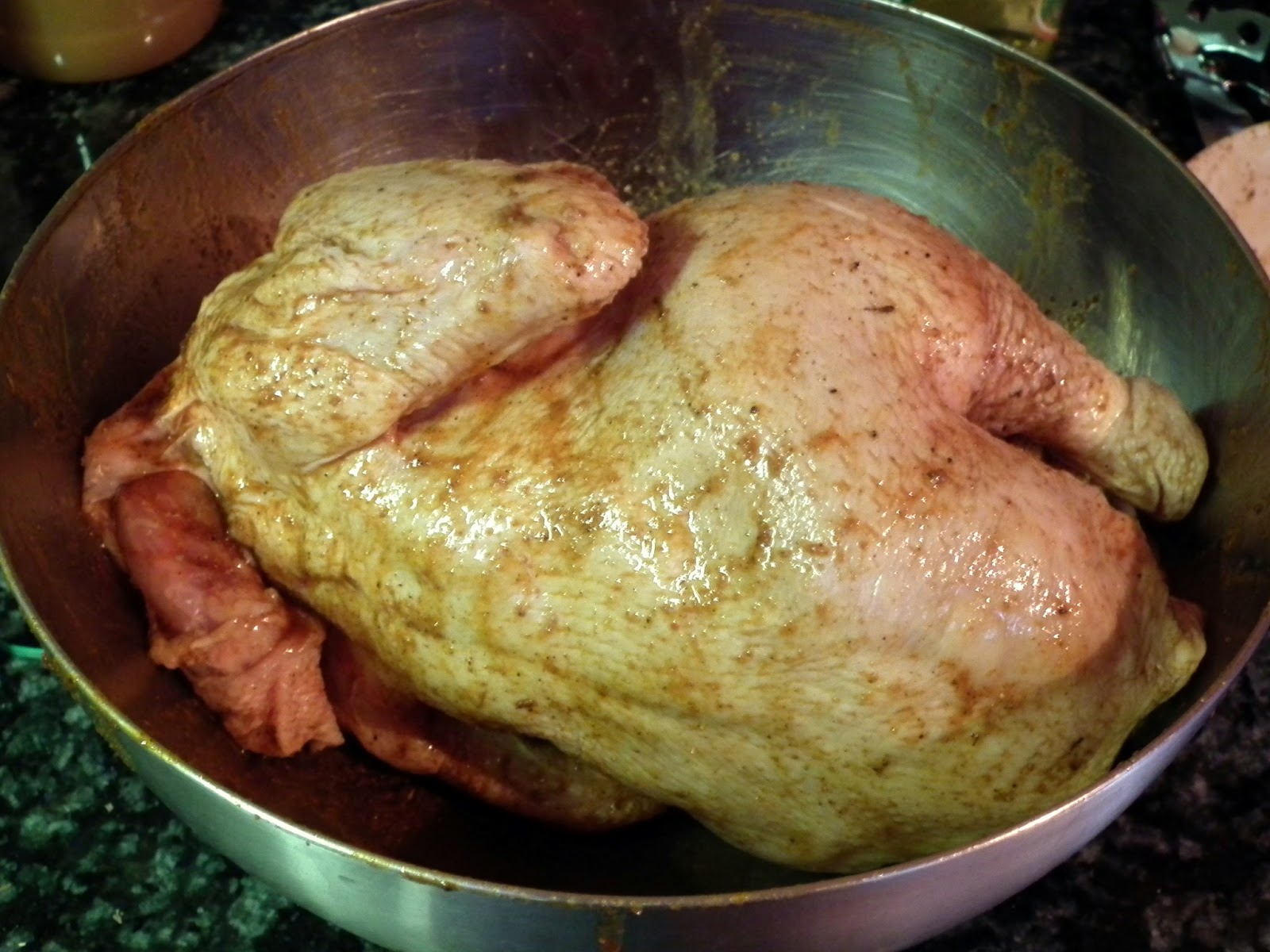 Then you'll want to carefully insert the beer can into the cavity of the chicken, and stand him upright in a foil roasting pan.  You'll want to pull his legs forward and tuck his wings forward.  This will help him balance and sit upright.  Just like roasting a chicken in the oven, filling the cavity will help keep the breast meat moist and juicy, and having the metal can inside helps cook the bird from the inside out. 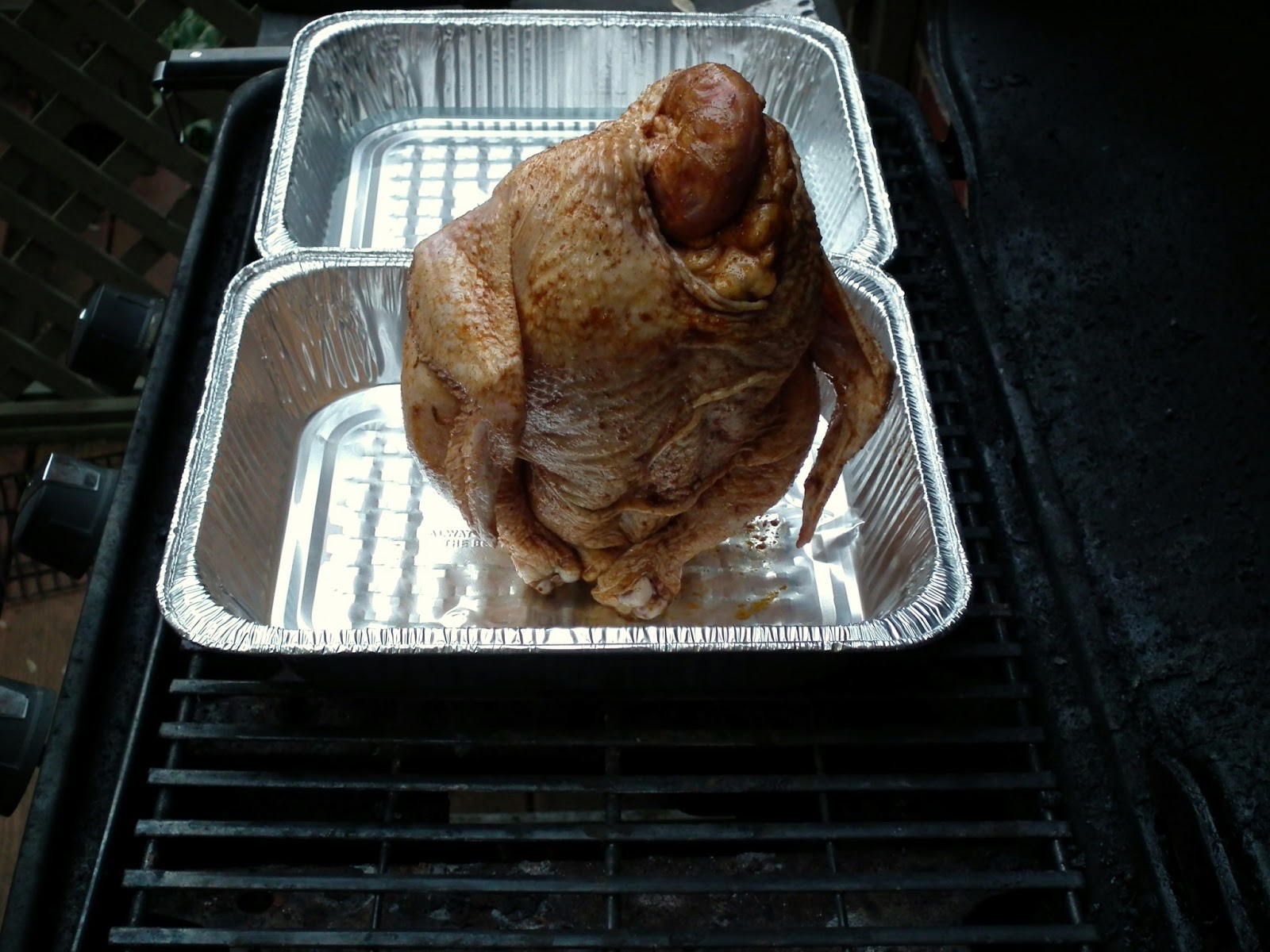 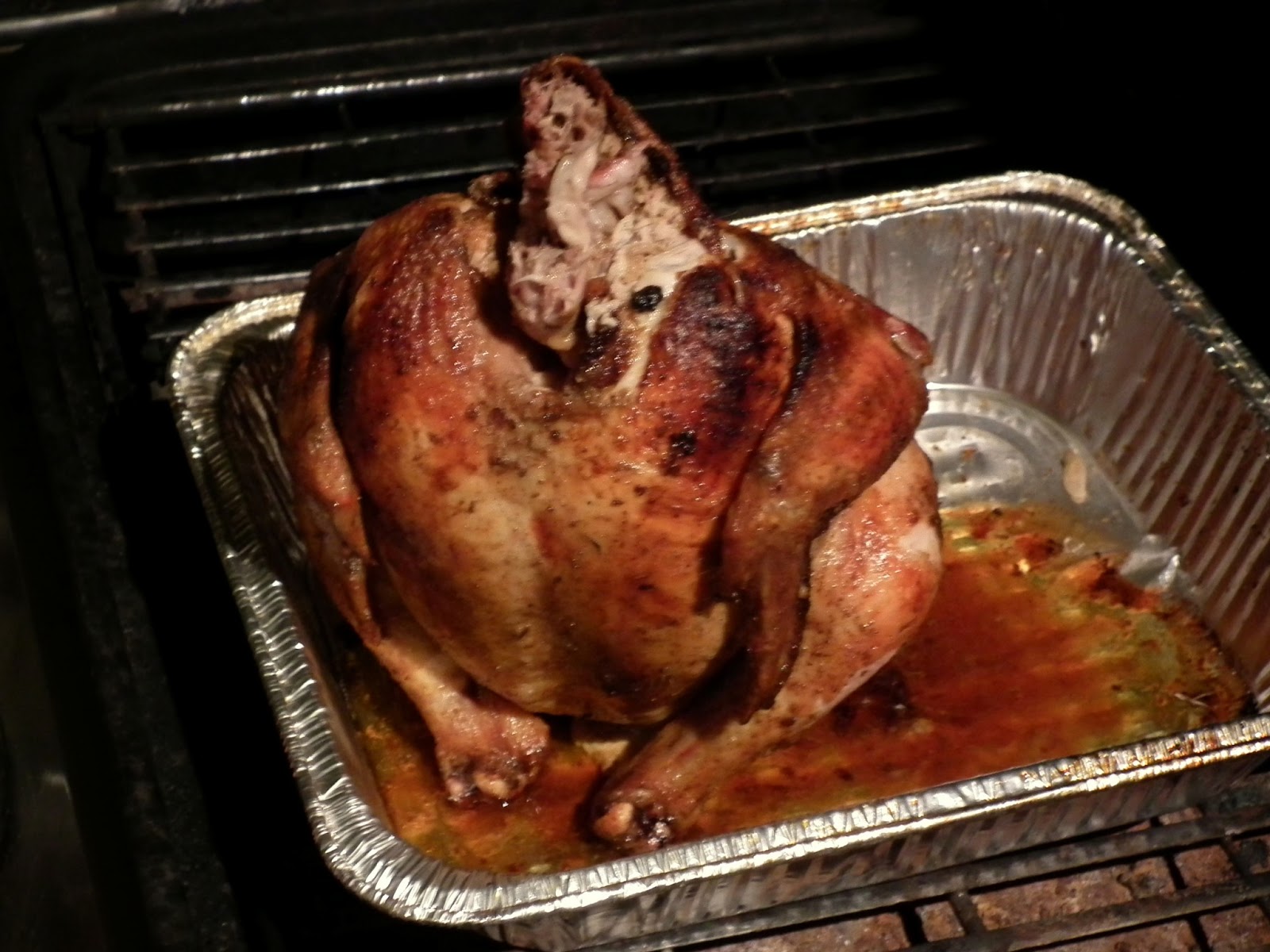 The most important part of the process is to use indirect heat, cooking him low, and slow.  For our grill, we only turned on the outer burners, and placed our chicken in the middle.  The other tray you see in the picture is filled with some water to help evenly distribute the heat.  If you own a fancy grill with a built-in thermometer, you'll want it to heat up to 225-245 degrees.  If your grill doesn't have a thermometer like ours, you can just wing it! (pun intended).

While the bird was cooking, we sat back, relaxed, and patiently waited.  We were starting to get anxious so we made our side dishes.  We made some sweet potato fries, and butter braised radishes.  Both sides were extremely simple.

For the radishes, cut off the ends, and quarter them.  And you can slice up your sorrel. 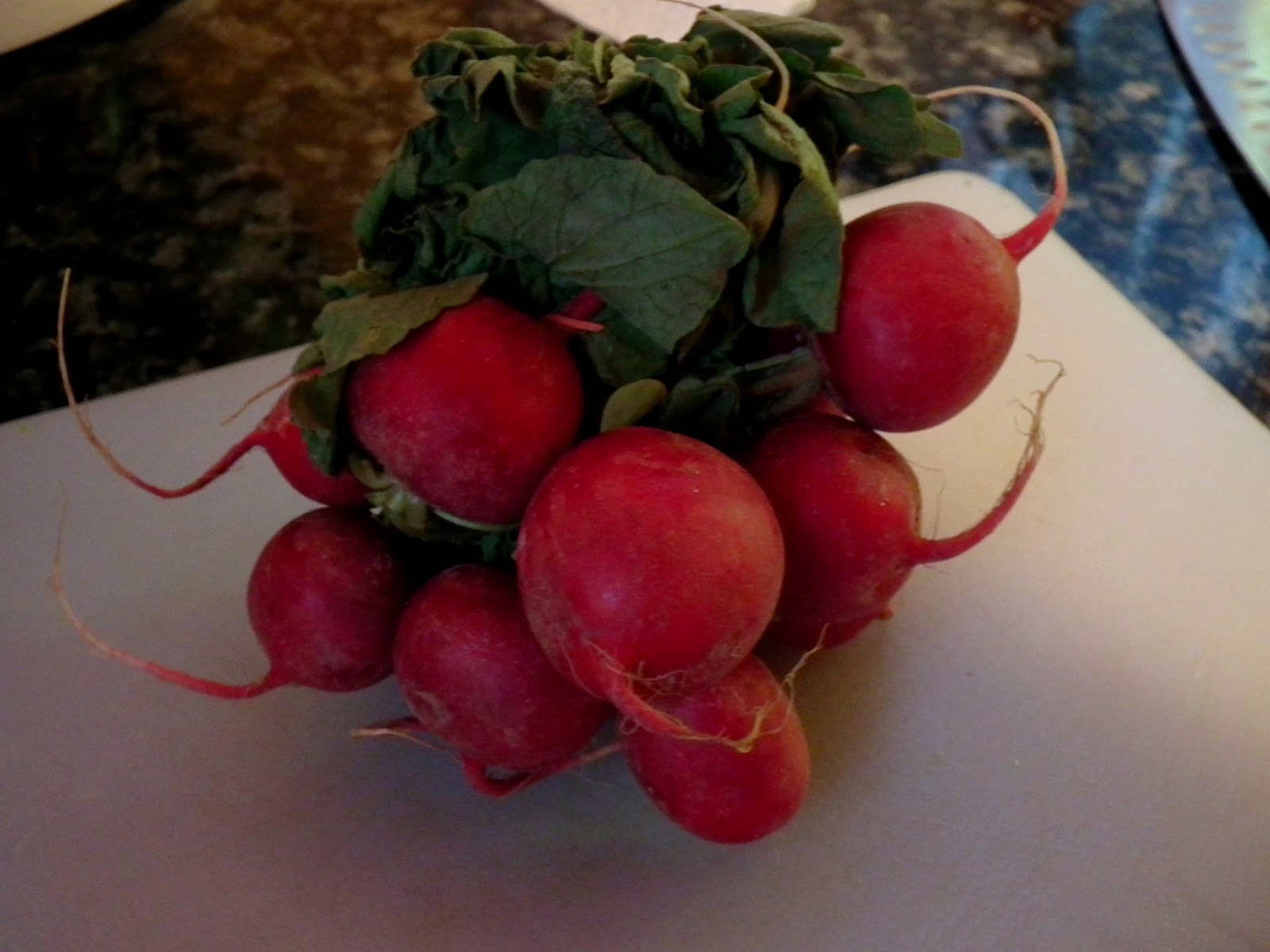 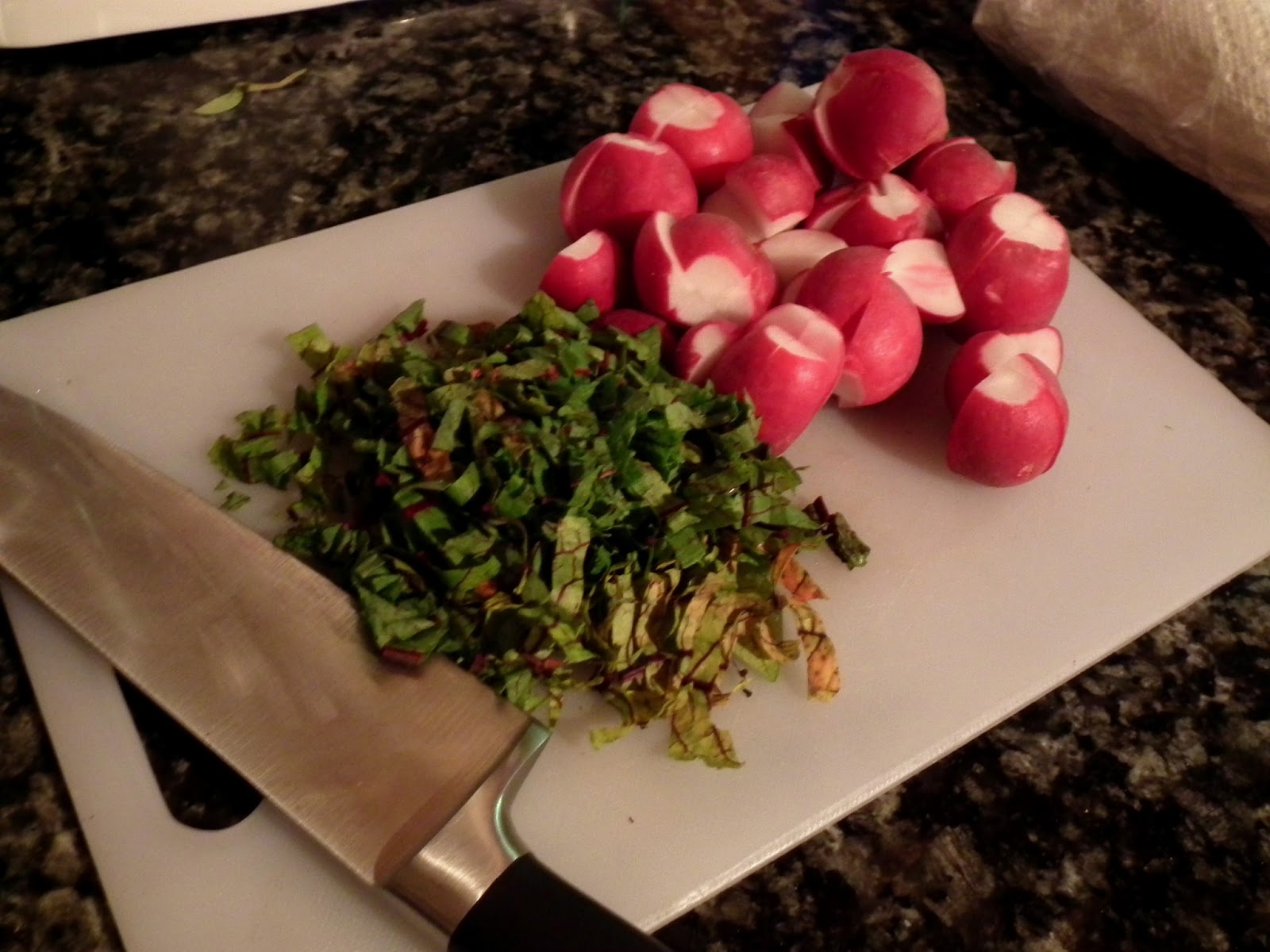 Then melt some butter in a pan with some stock.  We used all the stock we had for our risotto, so we just used some water.  Once it's melted, toss in your radishes, season with salt and pepper, and just let them cook. 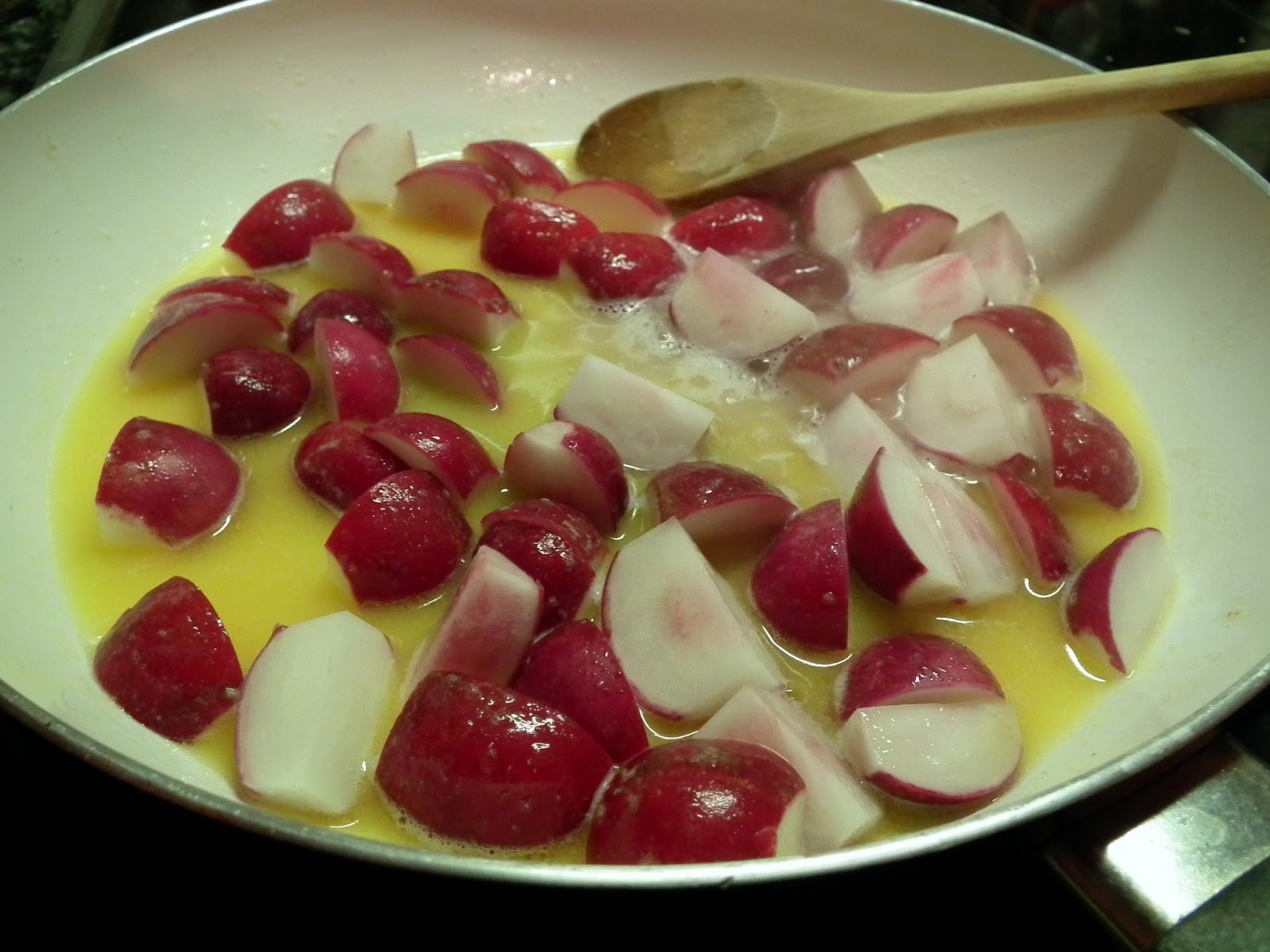 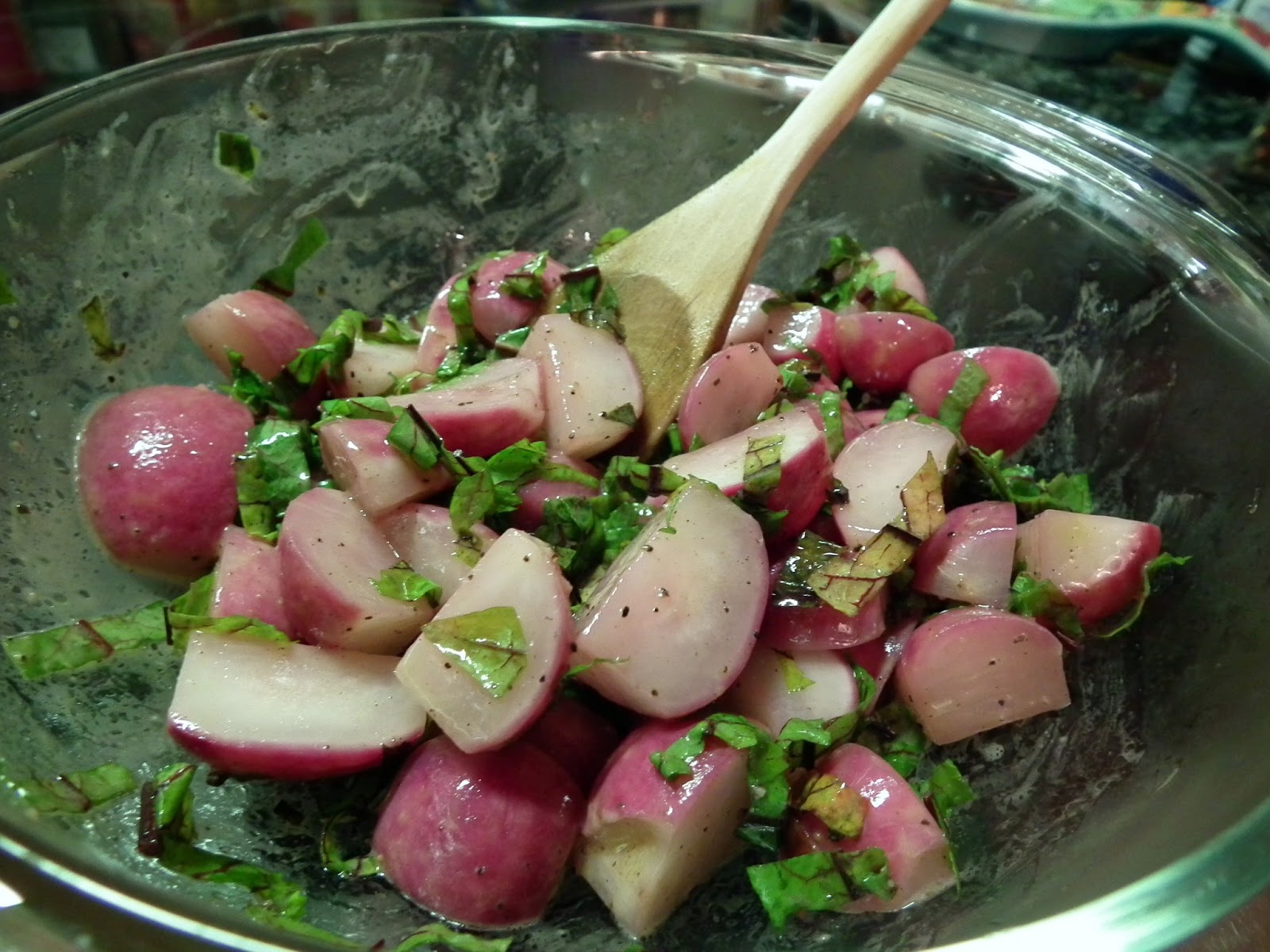 Once the butter sauce thickens, you can take them off the heat.  This took about 15 minutes.  Then just toss them with the sorrel.   I never would have thought about eating warm, cooked radishes, but they were surprisingly tasty.  Obviously the butter helped in the taste department, but warming them also took some of the spicy bite out of them.  They were still on the crunchy side, which I liked, and the sorrel gave it back some of the freshness that the cooking process removed.

It ended up taking about 2 hours to cook our bird.  But it was well worth the wait.  The skin came out nice and crispy, the meat and juicy and tender, and there were plenty of drippings to make a delicious pan sauce. 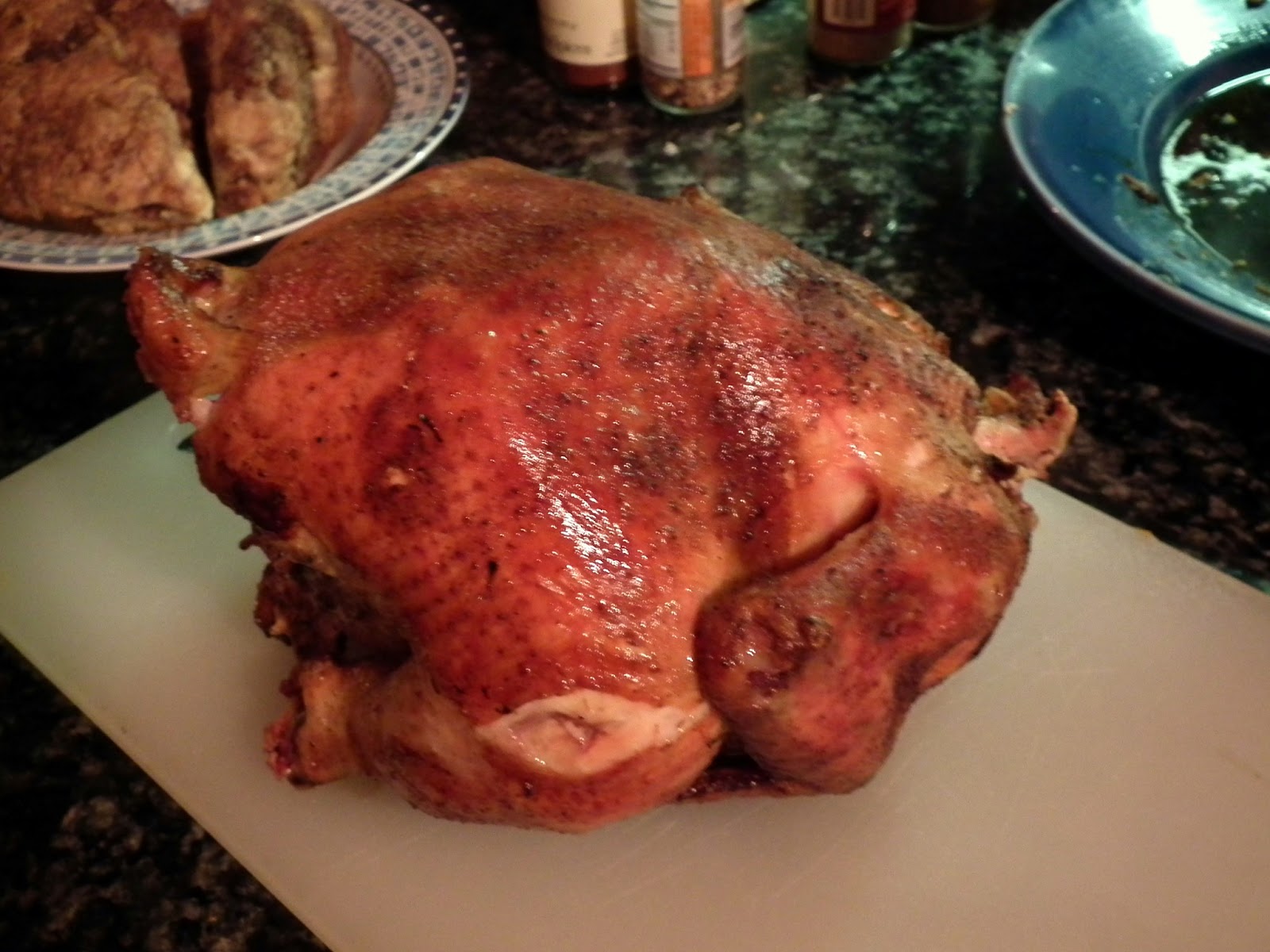 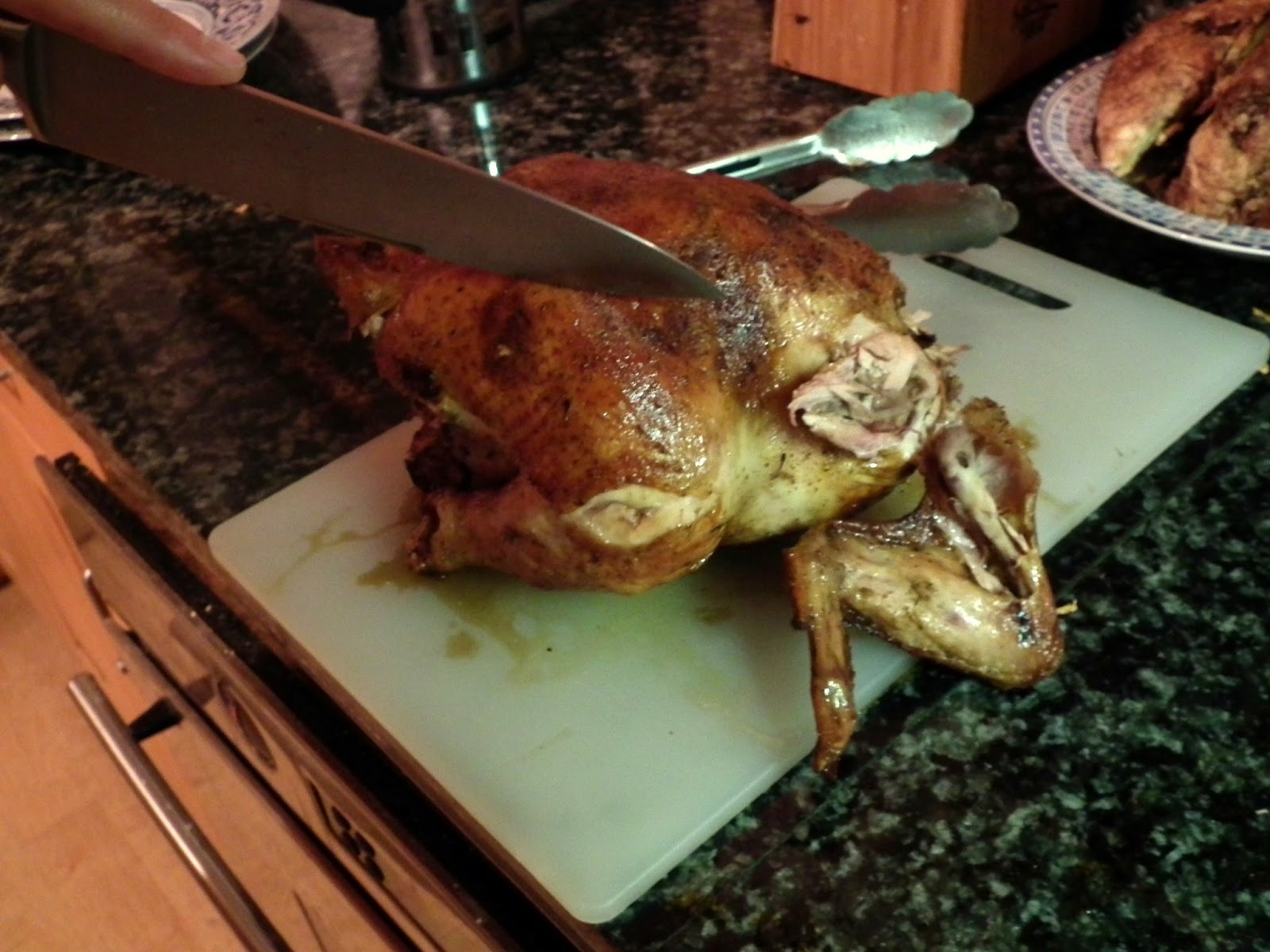 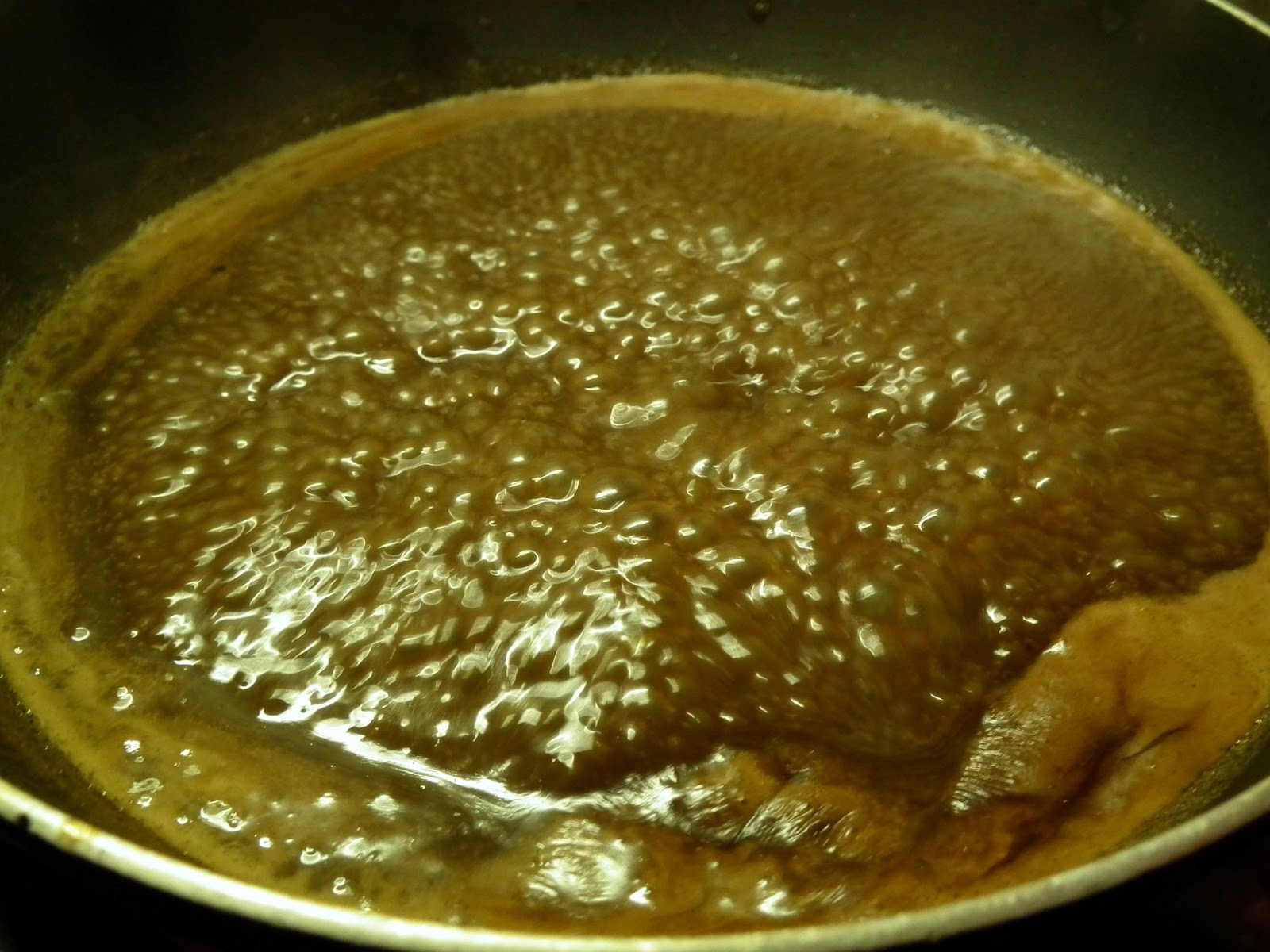 We poured the drippings from the pan, and whatever beer was left in the can into a little skillet, added some cream, and whipped up a tasty little gravy. 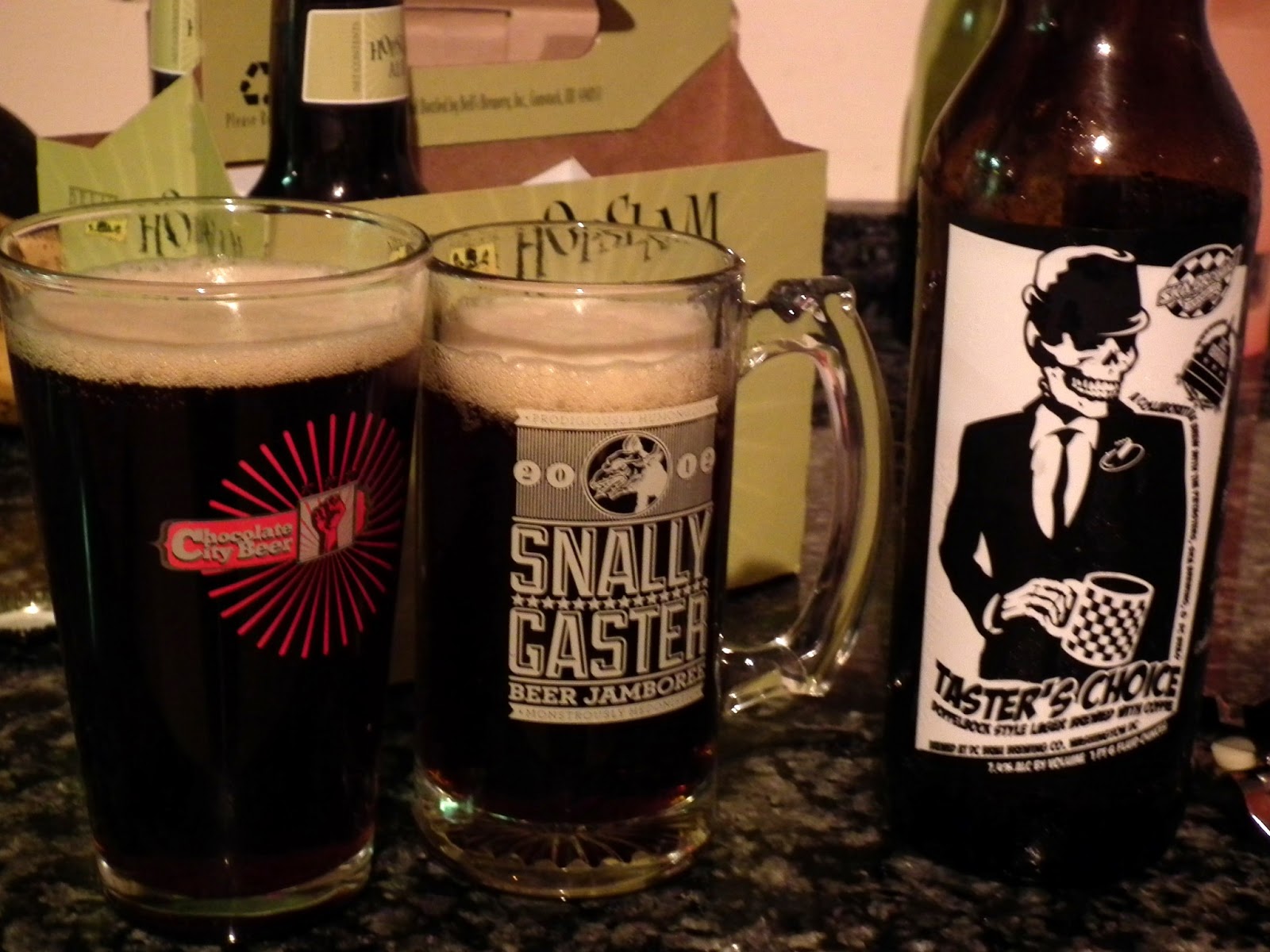 Our beer can chicken dinner wouldn't be complete without a beer to drink, so we cracked open a bottle of Taster's Choice, a collaboration brew between DC Brau (our local brewery) and Ska Brewing, from CO.  They teamed up the ska band, The Pietasters, to make a coffee doppleback brew.  It was a delicious pairing to our chicken.


Overall, the meal came out delicious, it was a hearty and rustic meal, that packed a flavorful punch.  This is a great meal for summer get togethers because it starts with cracking open a beer and the grill does all the work while you continue the drinking and merriment with your friends. 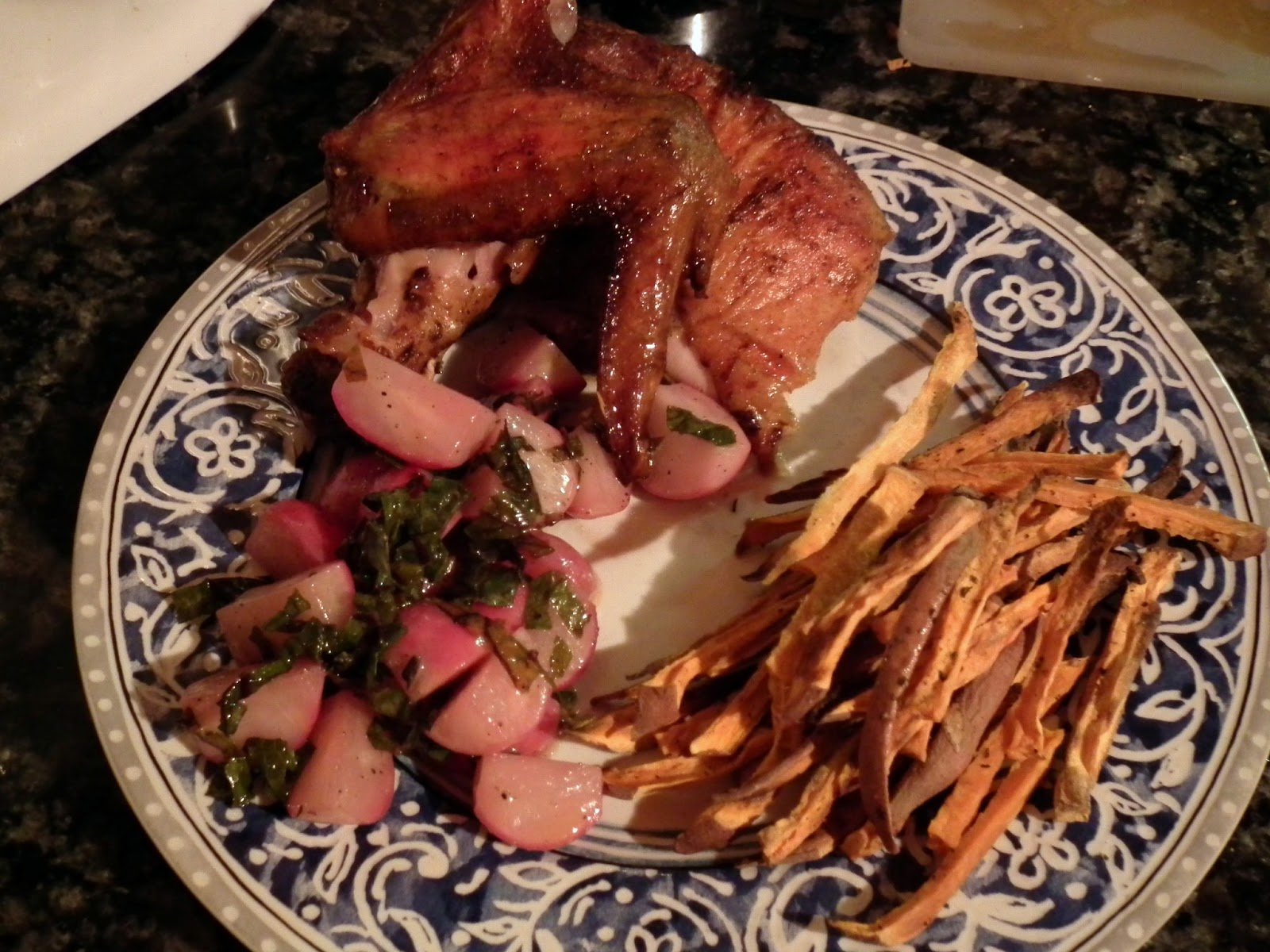 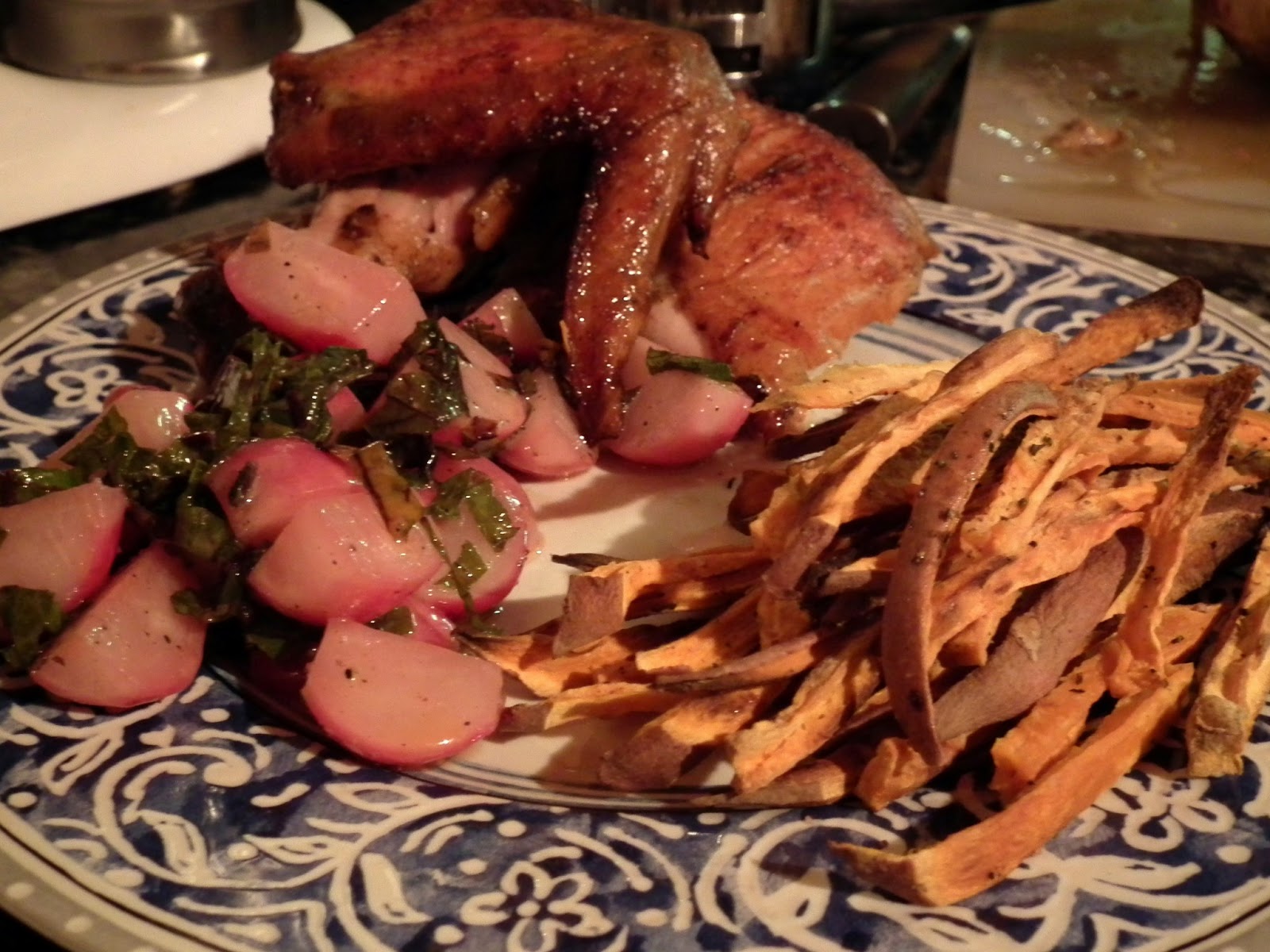