Tonight we whipped up a quick, tasty meal on the grill.  Last week when we were trying to decide what to do with our sorrel, we came across a recipe for grilled lobster tails with a sorrel sauce.  This week, I happened to see lobster tails on sale at the grocery store, so it was a no-brainer.

We started with the sauce since the lobster tails wouldn't take long to cook.  Though the sauce itself was really simple as well.  Chop up a shallot and toss it in a pan with some cooking wine.  The recipe calls for Sauternes, but since we didn't have any on hand, we just used marsala wine.  Any sweet, dry-ish wine will probably do.  Once it boils and reduces, add in your cream. 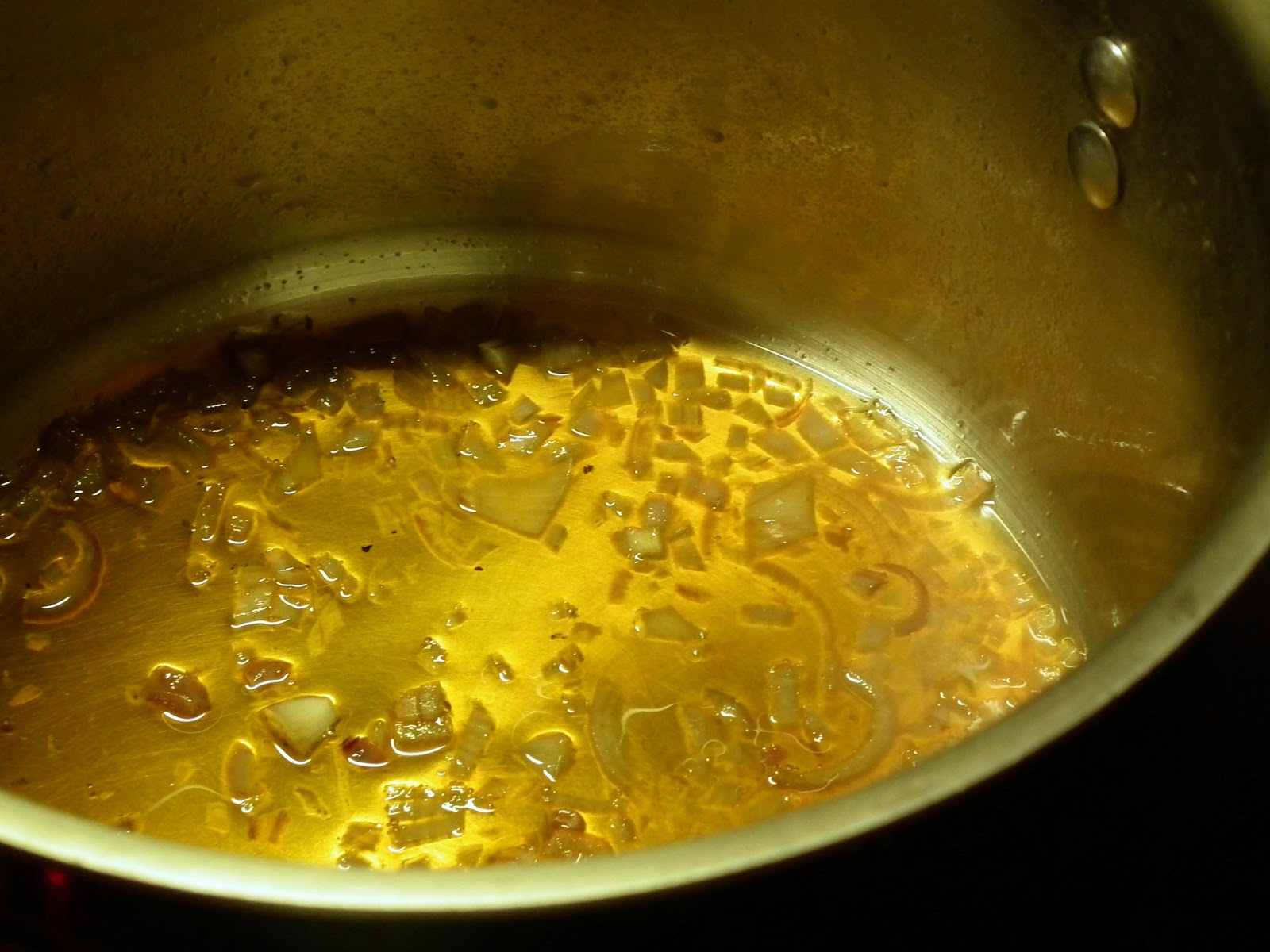 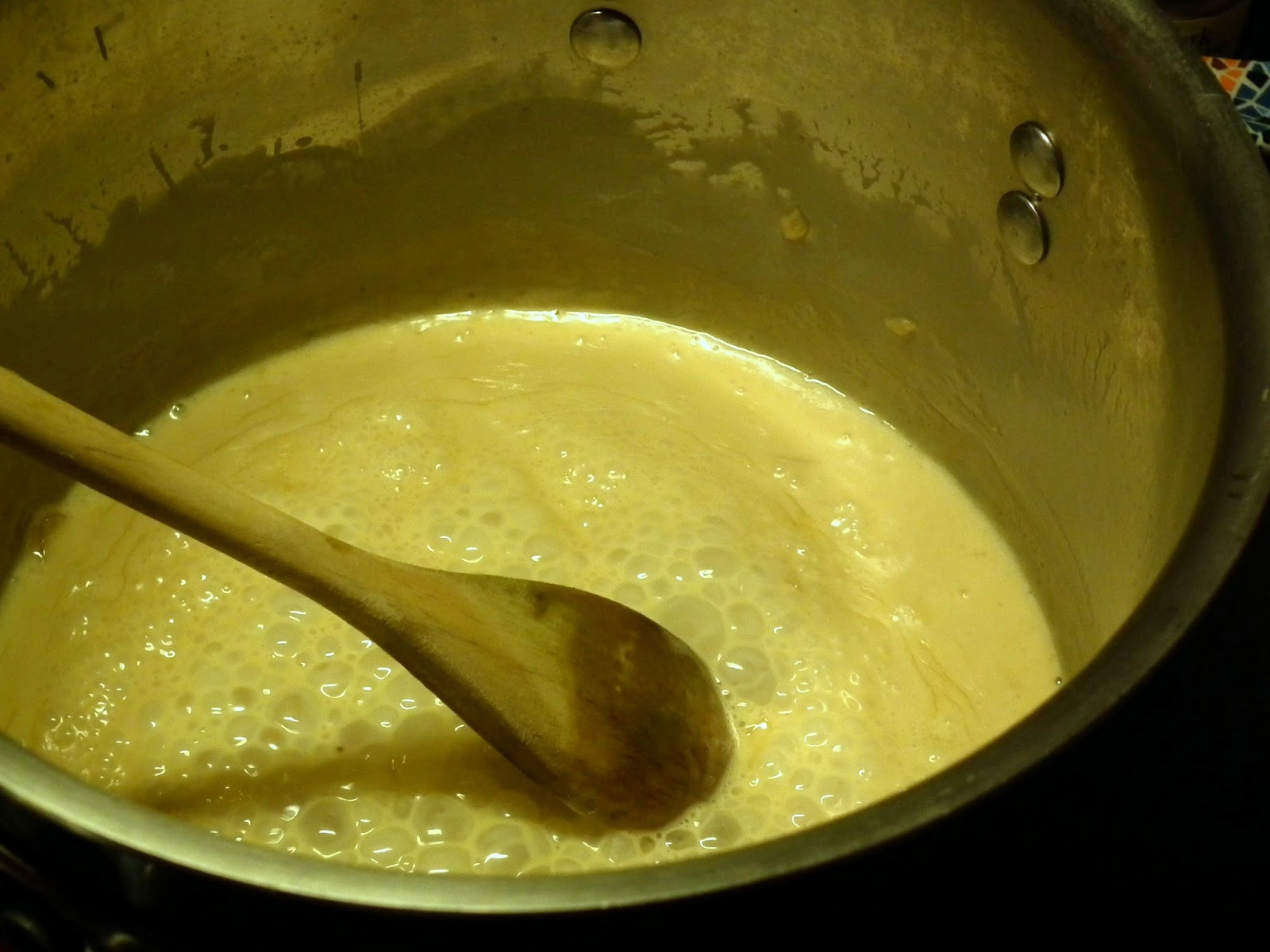 Once that has reduced down by about 1/4, pull it off the heat and pour it into the blender.  Then just add your sorrel and blend.  The recipe also has you blend in watercress, but we didn't have any on hand, so we just left it out.  We considered adding some of our celery tops, but didn't want to mess with the flavor of the sauce. 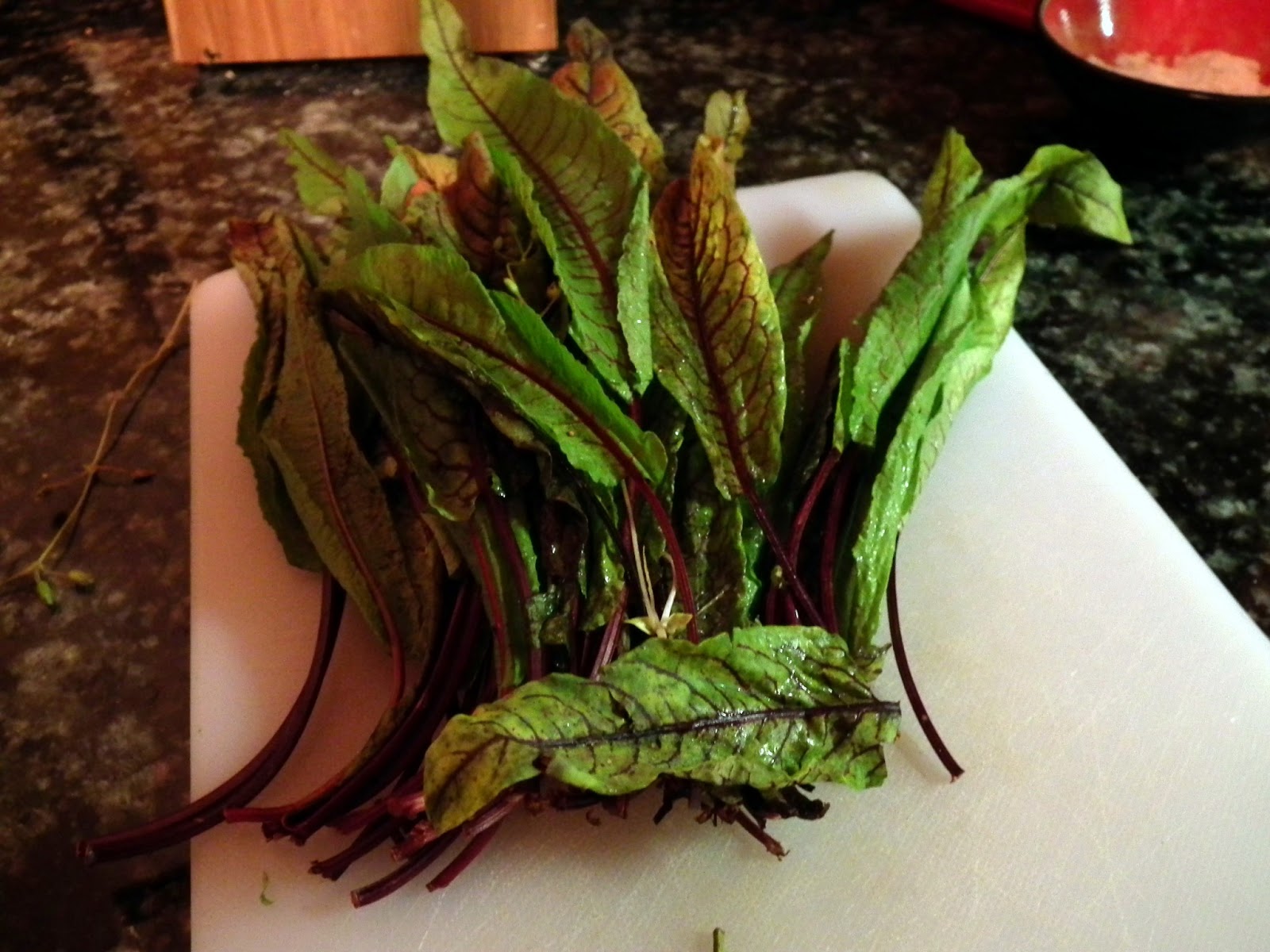 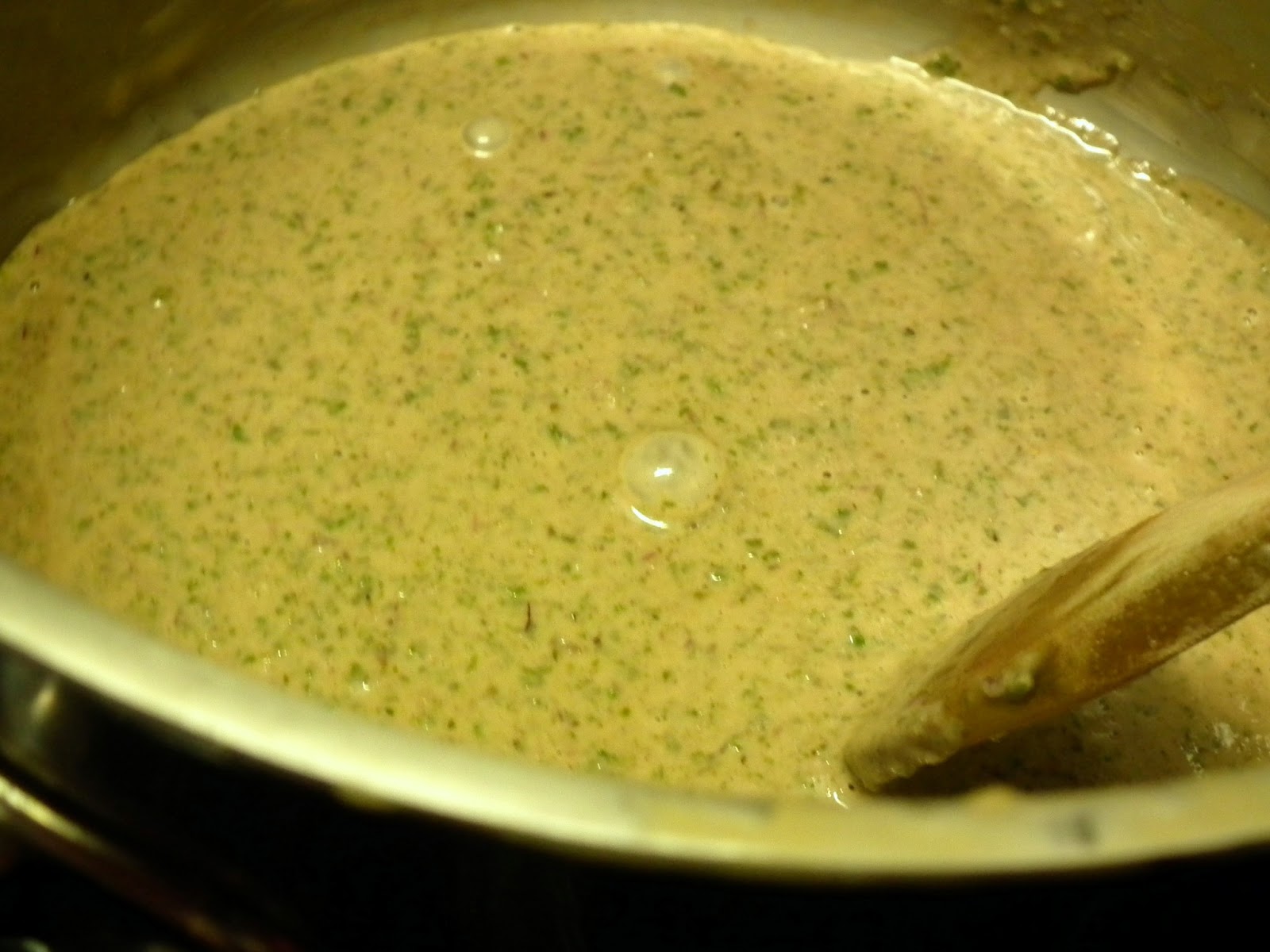 Once everything is blended together, pour the sauce back into your pot, and reheat it.  Now you'll season with salt, pepper, and a hint of cayenne.  Ours was tasting a bit too sweet for my liking, so I added a dash more of cayenne, and we threw in a bit of truffle salt.  This helped balance out some of the sweetness, without overpowering it. 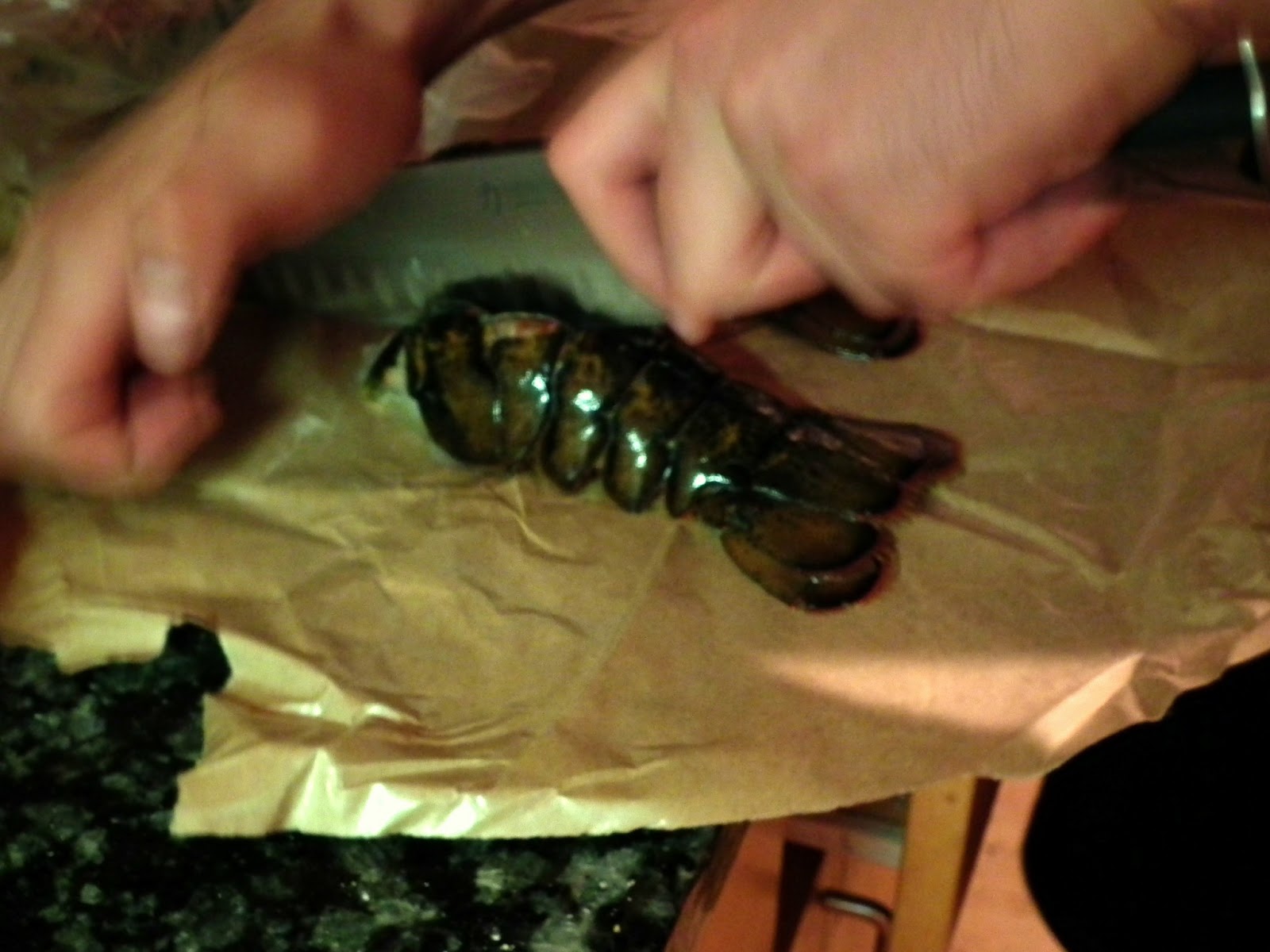 Now for the lobstaaah!  You'll want to crack the shell a bit with your knife, so you can get in there and season the tail with some oil, salt & pepper.  Then just throw them on the grill.  We cooked our tails for about 4 minutes on each side, and they came out perfect! 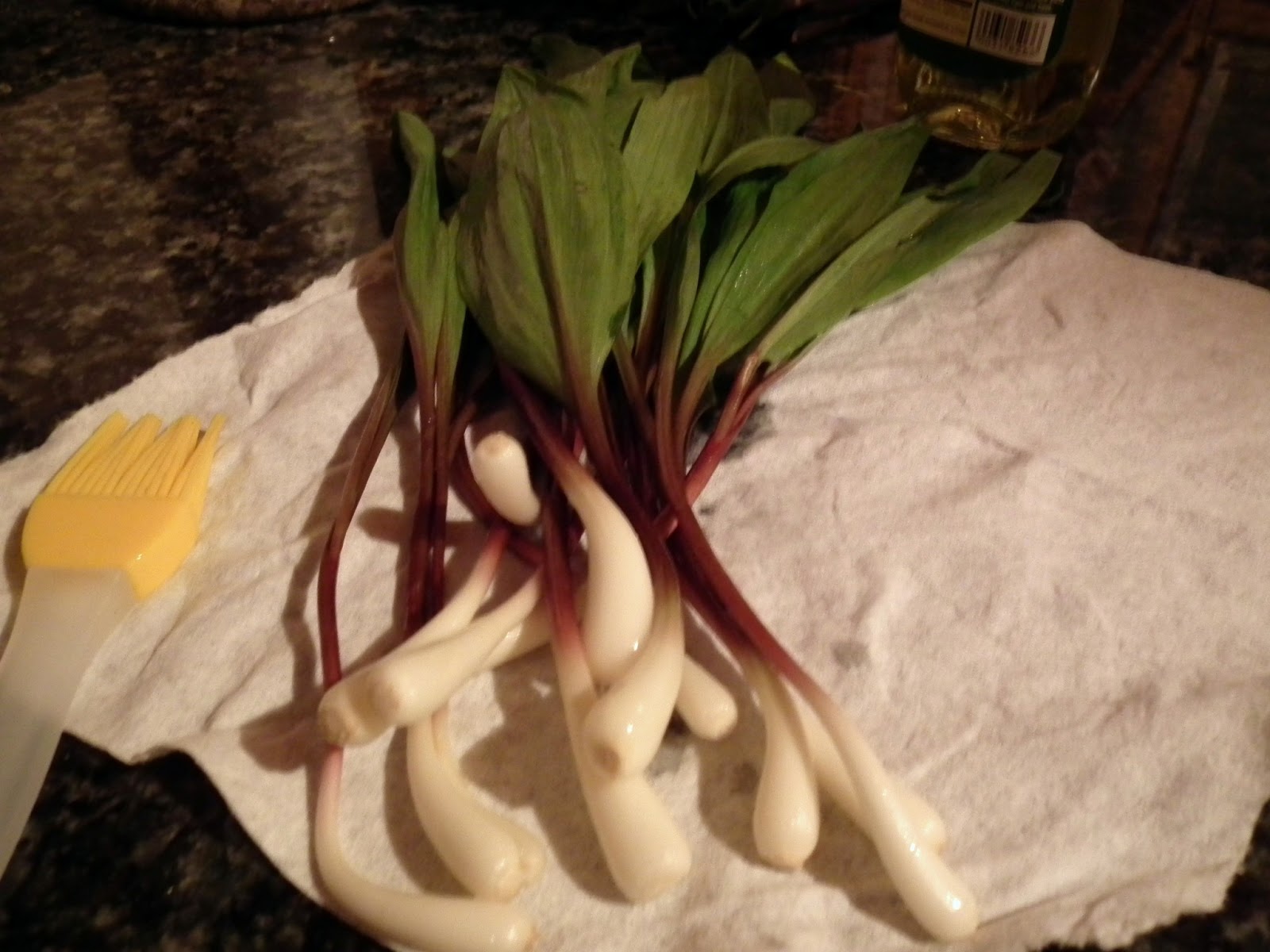 Since we still had about a dozen ramps left, we decided to throw those on the grill to accompany our lobster.  We just brushed them with a little grapeseed oil, and seasoned them with salt and pepper.  They went onto the grill once we flipped our tails, and they were ready when the lobster was done.

It was a really quick meal to throw together, and didn't require a ton of ingredients, which I always like.  The sorrel sauce really brought out the sweetness of the lobster, and the grilled ramps were divine.  So there you have it--a restaurant quality meal that was easy and delicious, and doable on a random weeknight but good enough for a special occasion! 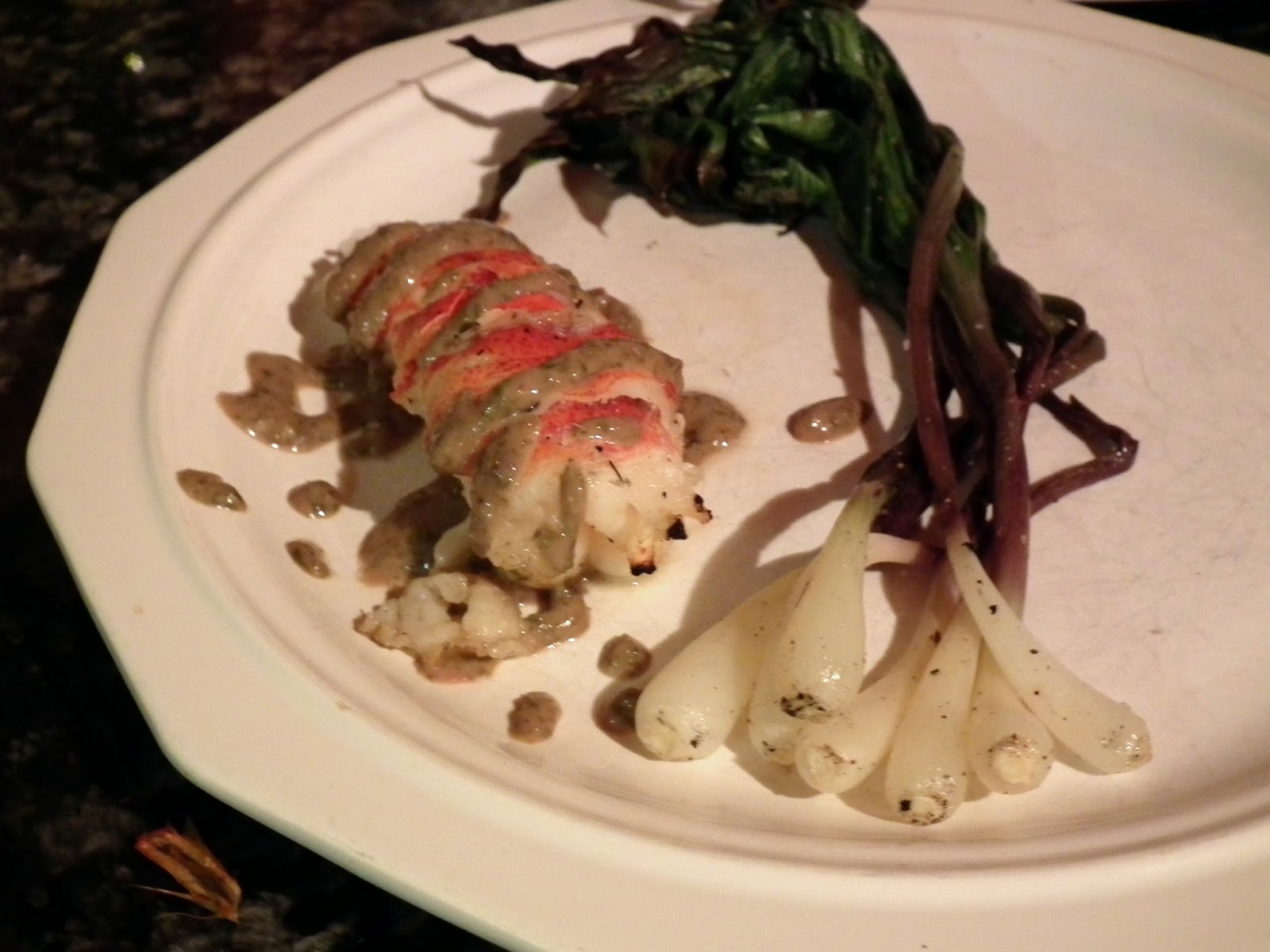