I know we've been a little quiet over here at 2 Hungry Hearts, but we've been trying to unpack and dig ourselves out from underneath all these moving boxes.  We managed to tackle the kitchen first, and make enough space so that we could start cooking again.  Fortunately the timing worked out pretty well since we're in between CSA share seasons, and have another couple weeks before the Fall CSA starts up.

To christen our new kitchen, we decided to whip up a quick and easy frittata.  Frittatas are a great way to clean out the fridge and use up those little bits of veggies that you have left in your fridge.  We went with a Spanish-inspired frittata, filling ours with chorizo, kale and manchego cheese.  To compliment the frittata, we made some purple potato homefries and a simple salad.

We got the potatoes going first, dicing them up along with some onions and garlic.  You can throw them all in the pan together and let them cook up.  It will take a little while for the potatoes to get crisp on the outside, so you'll want to start these first.  We cooked ours in a little olive oil, and added some salt, pepper, crushed red pepper, and some smoked paprika, which paired quite nicely with the chorizo. 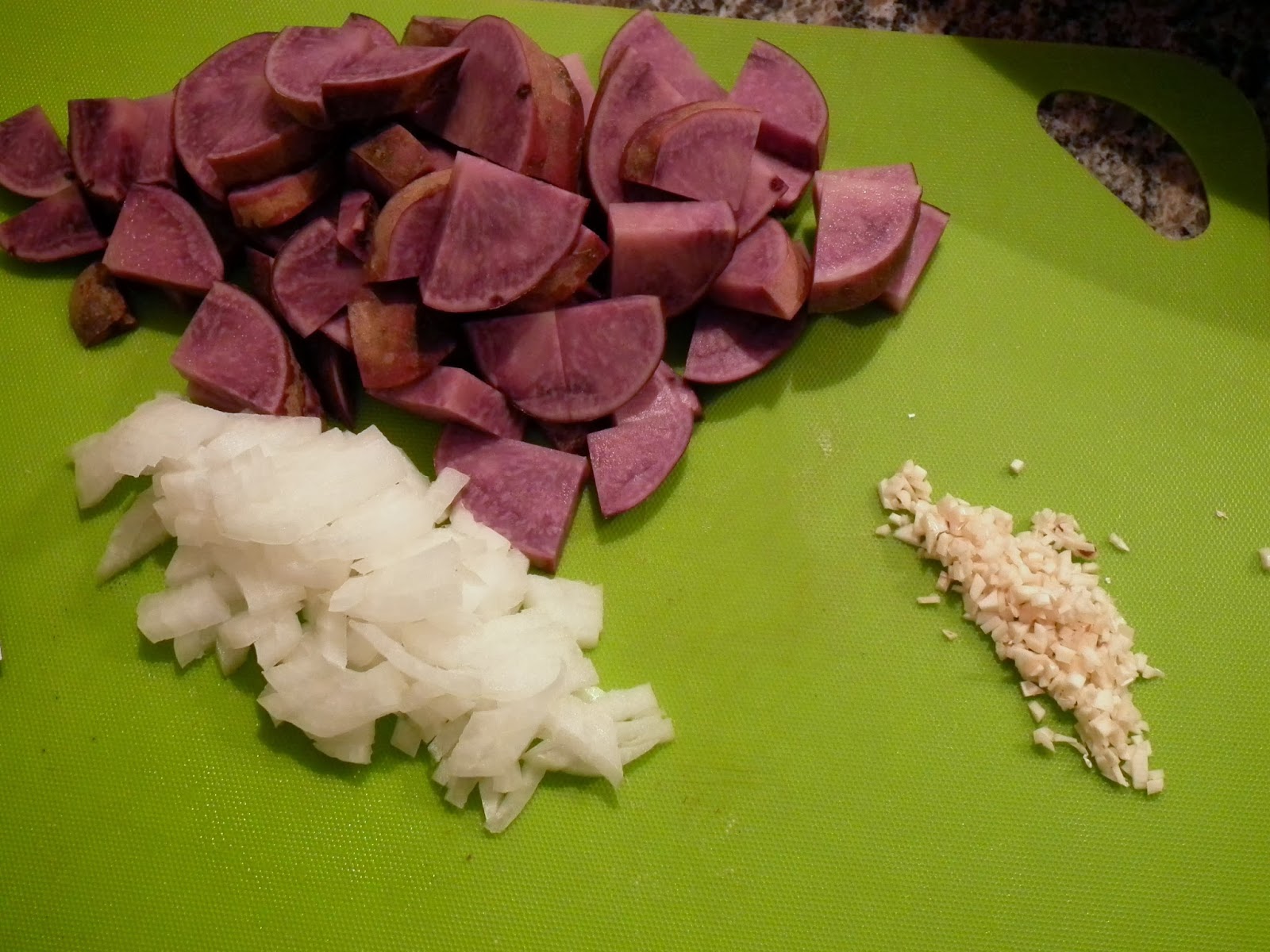 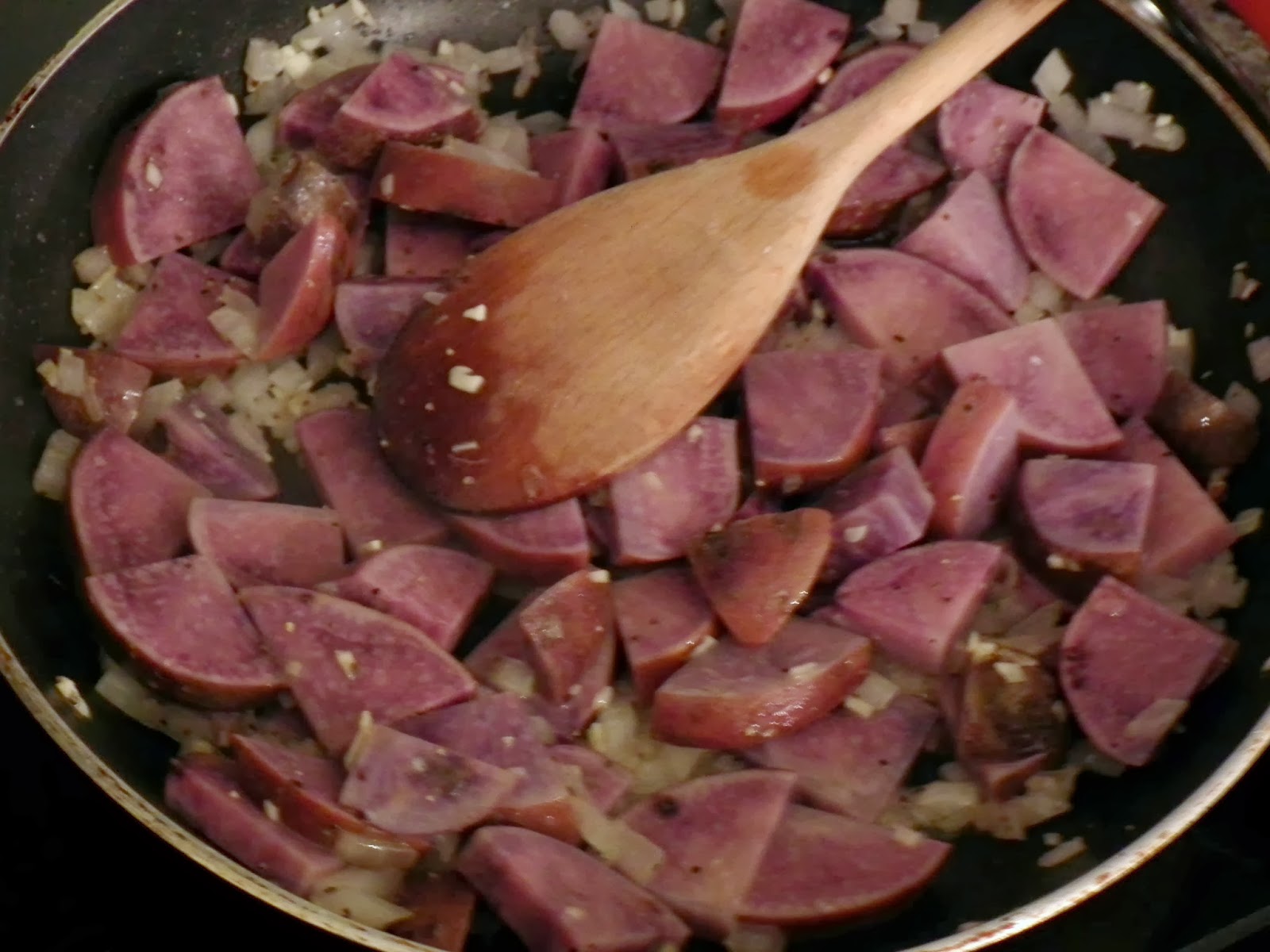 So while your potatoes are cooking, you can get to work on the frittata.  It's best to use a pan that you can also stick in the oven.  We started by browning up our chorizo. 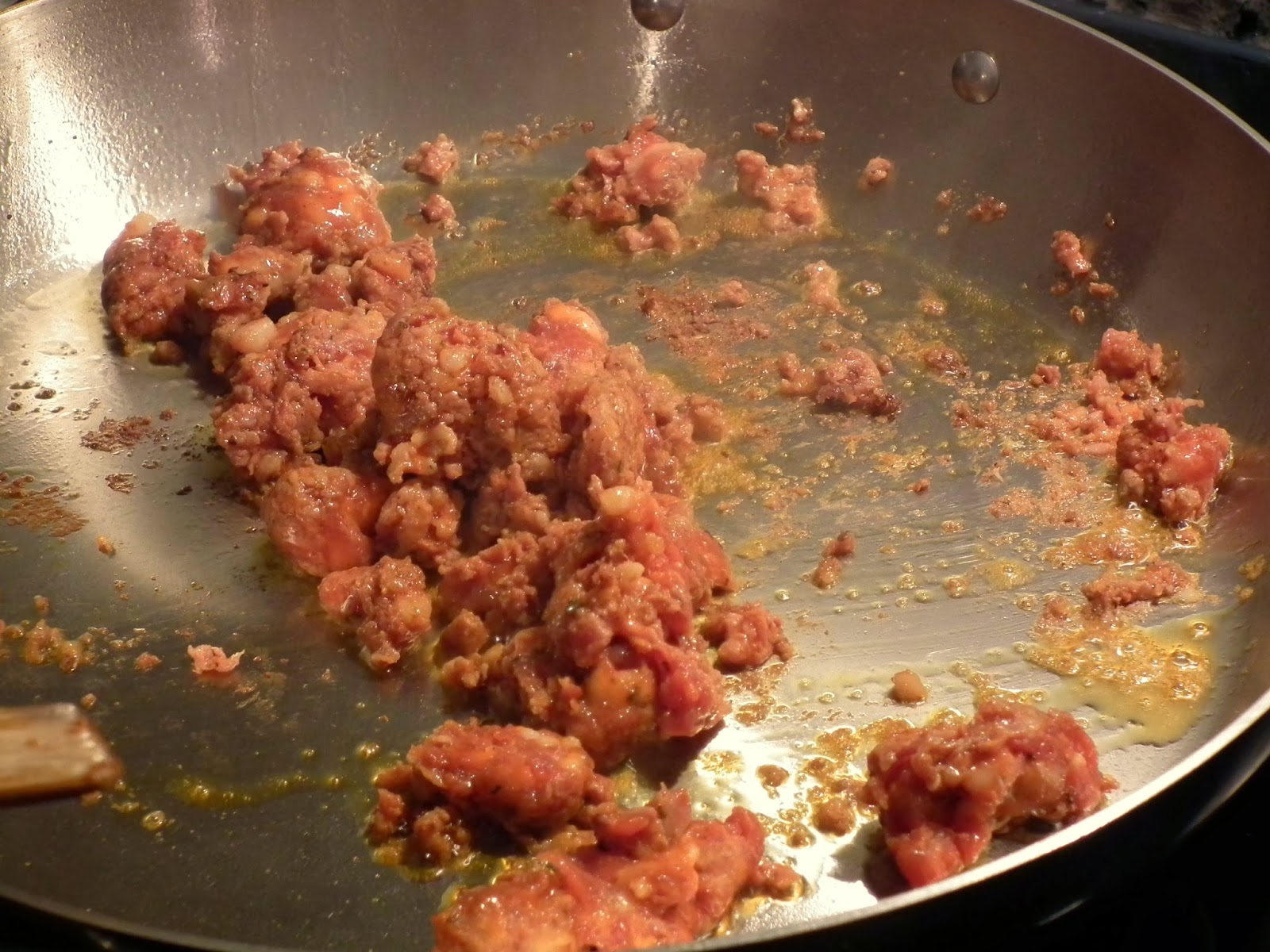 Once that was cooked, we removed the meat from the pan, poured out some of the excess grease, and then tossed in our kale. 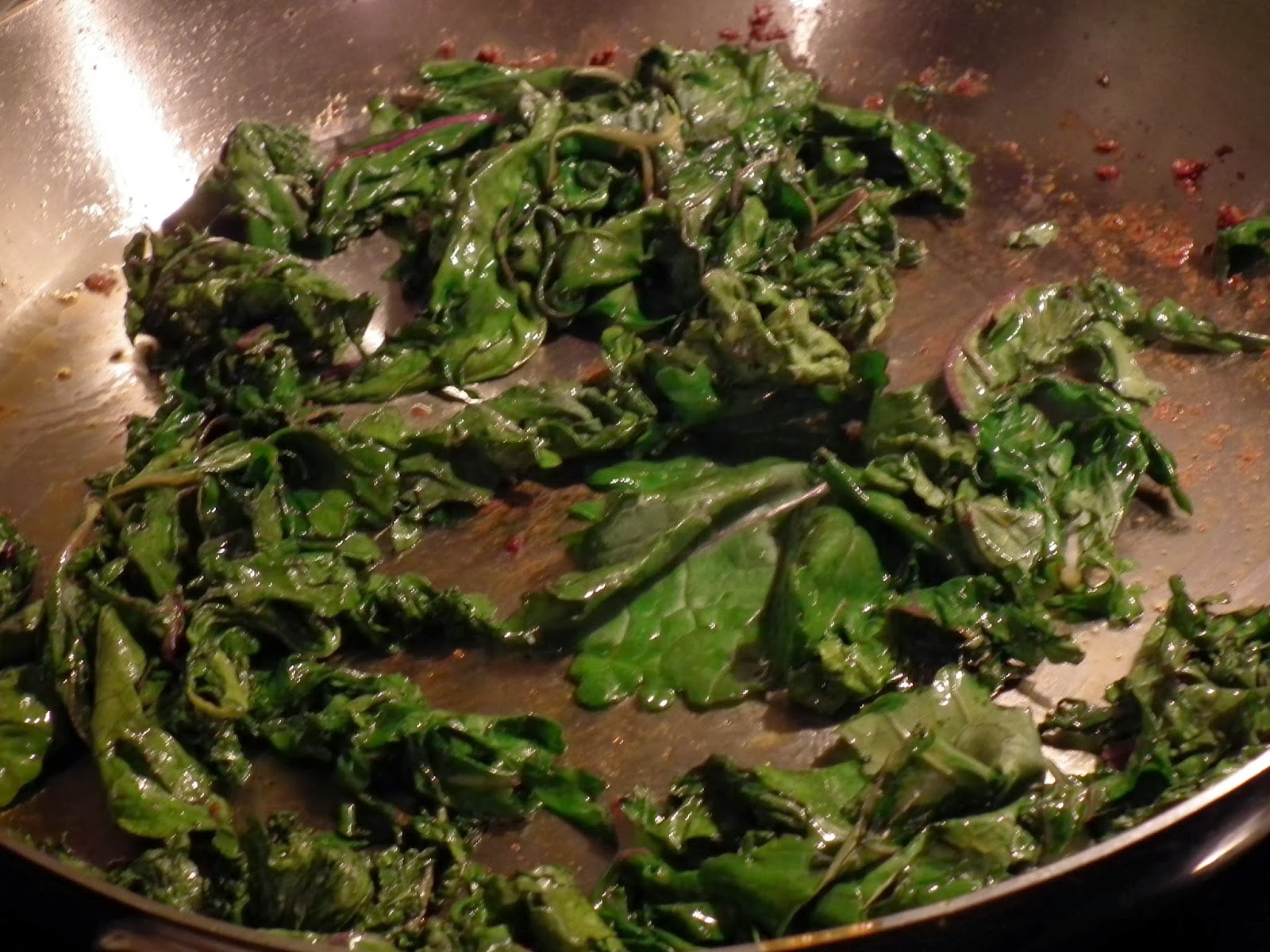 While the kale was sauteing, I whipped up about 7 eggs and grated in some manchego cheese.  As soon as the kale was wilted, we added the chorizo back in, and added the egg mixture.  Once the eggs have set in the bottom of the pan, you'll want to pop the whole pan into the oven.  The twist here was that we added some sliced tomatoes on top and let them roast in the oven, along with some extra cheese! 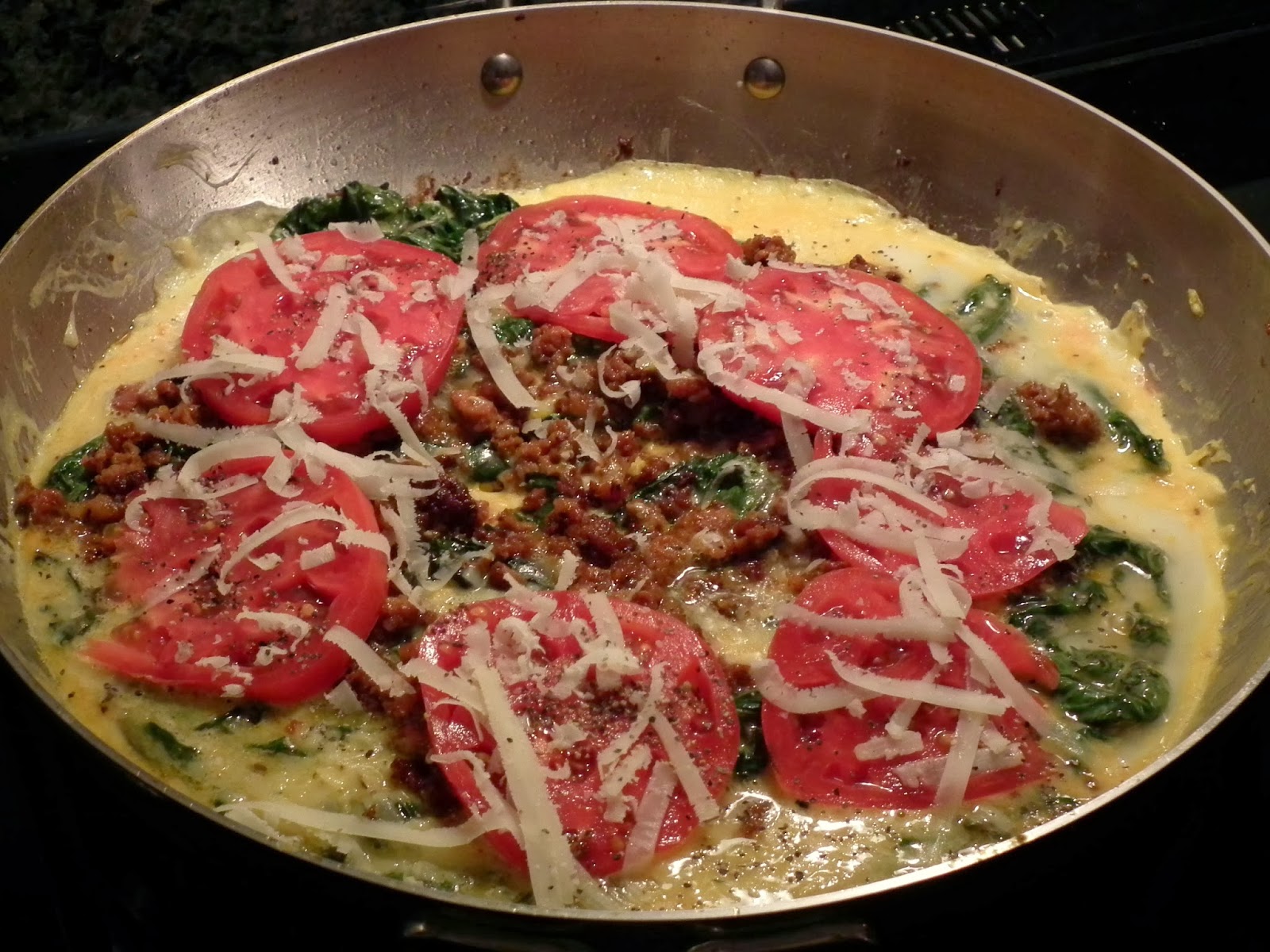 After about 8 minutes, our frittata was cooked through, and we were ready to eat! 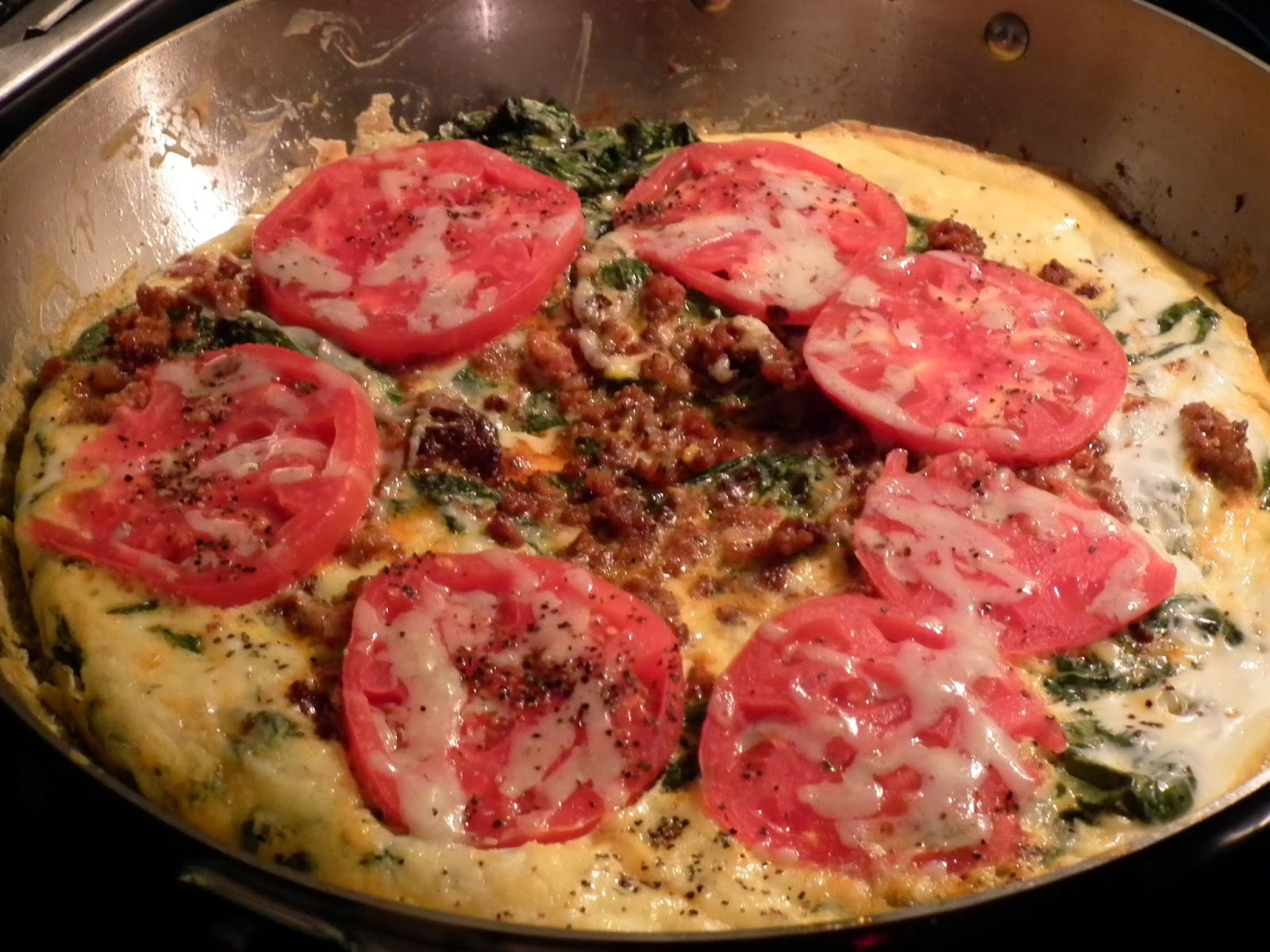 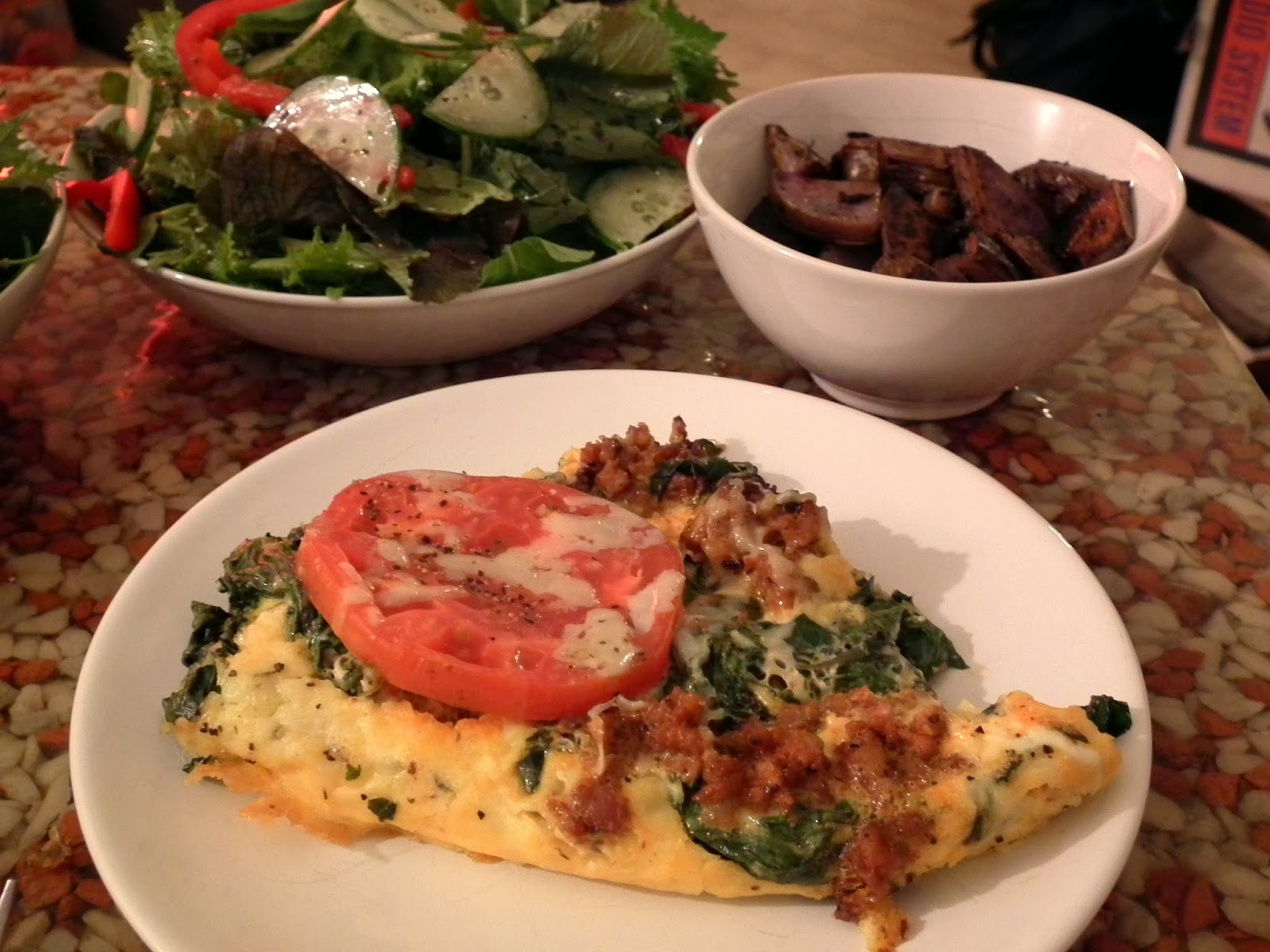 The smokiness of the chorizo was balanced out nicely by the acidity of the roasted tomato.  It was a quick and easy meal that would also make an excellent brunch item.
Posted by Unknown at 9:56 PM