If you live in DC, or are planning a visit, you need to make your way over to Glen's Garden Market, just north of Dupont Circle.  It's a great neighborhood grocery store, offering "good food from close by".  And where else can you grocery shop while sipping beer or wine?

Everything in the market comes from local vendors, in DC and the surrounding areas.  The meats are cured and smoked in-house, along with a variety of salads, prepared foods, and stocks.

The piece de resistance is the curing box.  When we stopped by this past weekend, it was filled to the brim with a variety of sausages.  The great thing about this box is that it has climate settings that can be set to mimic the climate of a variety of regions around the world.  And since I happen to know the chef that's curing and smoking all of these meats, he tossed me a link of finocchio sausage, as well as a bite of the smoked pork loin he was working on.  Both were amazingly delicious.

In addition to the grocery items, they have a bar serving up $4 pints, and a wine dispenser that offers two-, four-, and six-ounce glasses, so you can taste wines before purchasing.  If beer or wine isn't your thing, they also offer coffee and tea to sip while you shop.

Since we couldn't leave empty handed, we walked away with some pork spare ribs, collards, and sunchokes.  With the weather warming up, we fired up the grill, and threw the spare ribs on to slow cook.  We simply rubbed the ribs with some Dinosaur BBQ cajun rub, applewood smoked salt, and a liberal brush of Dinosaur BBQ sauce mixed with a touch of grapeseed oil and honey. 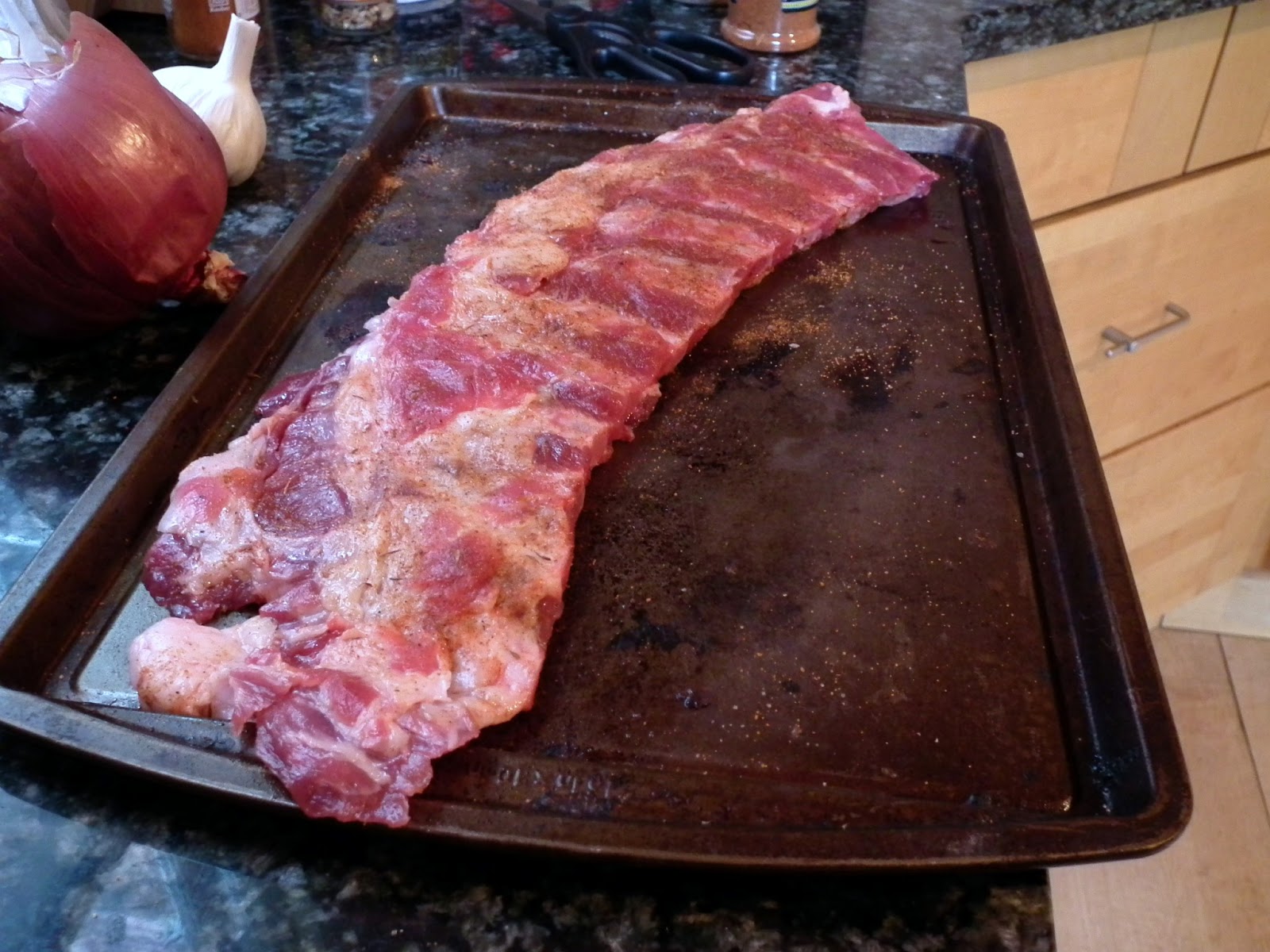 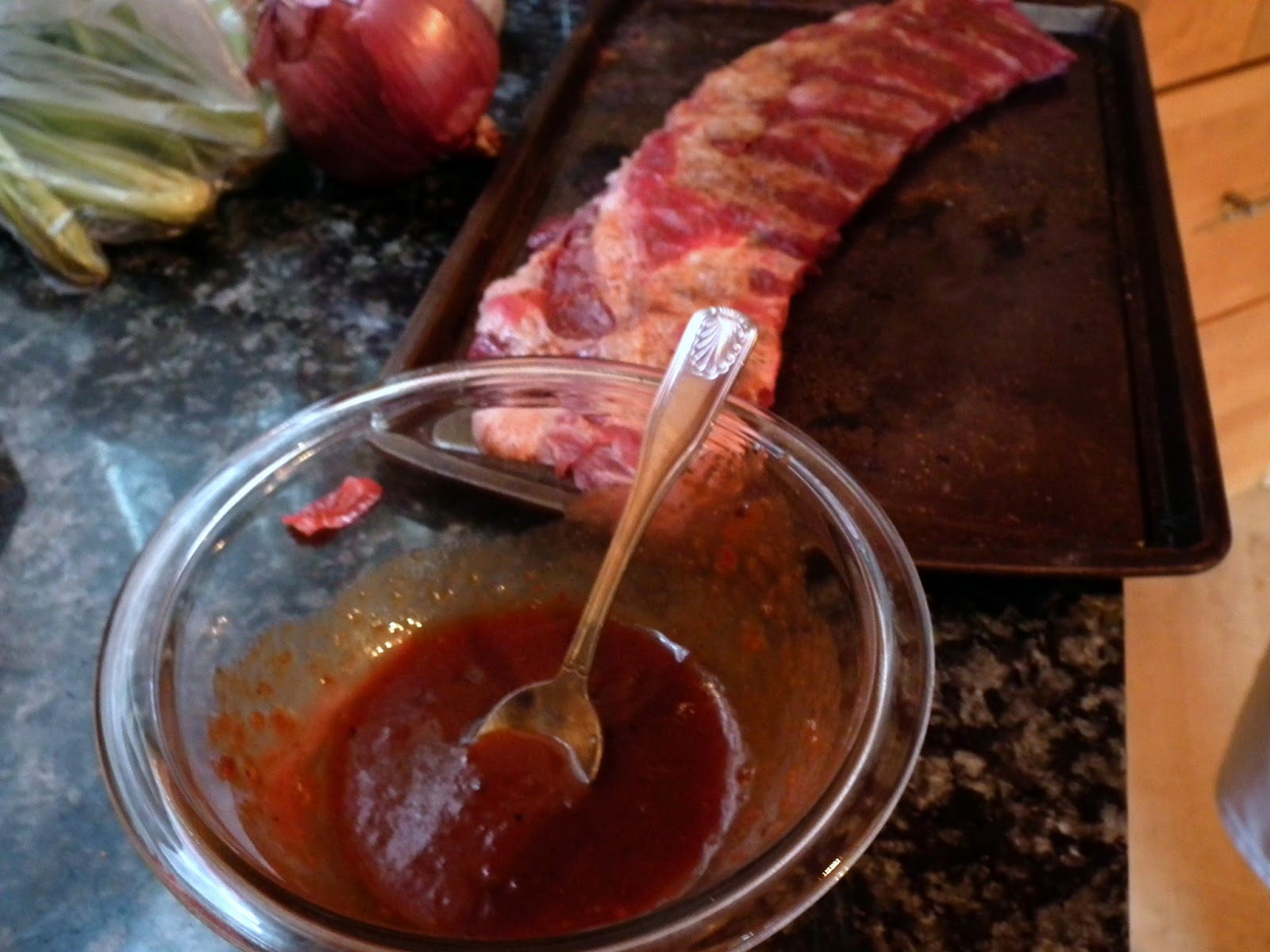 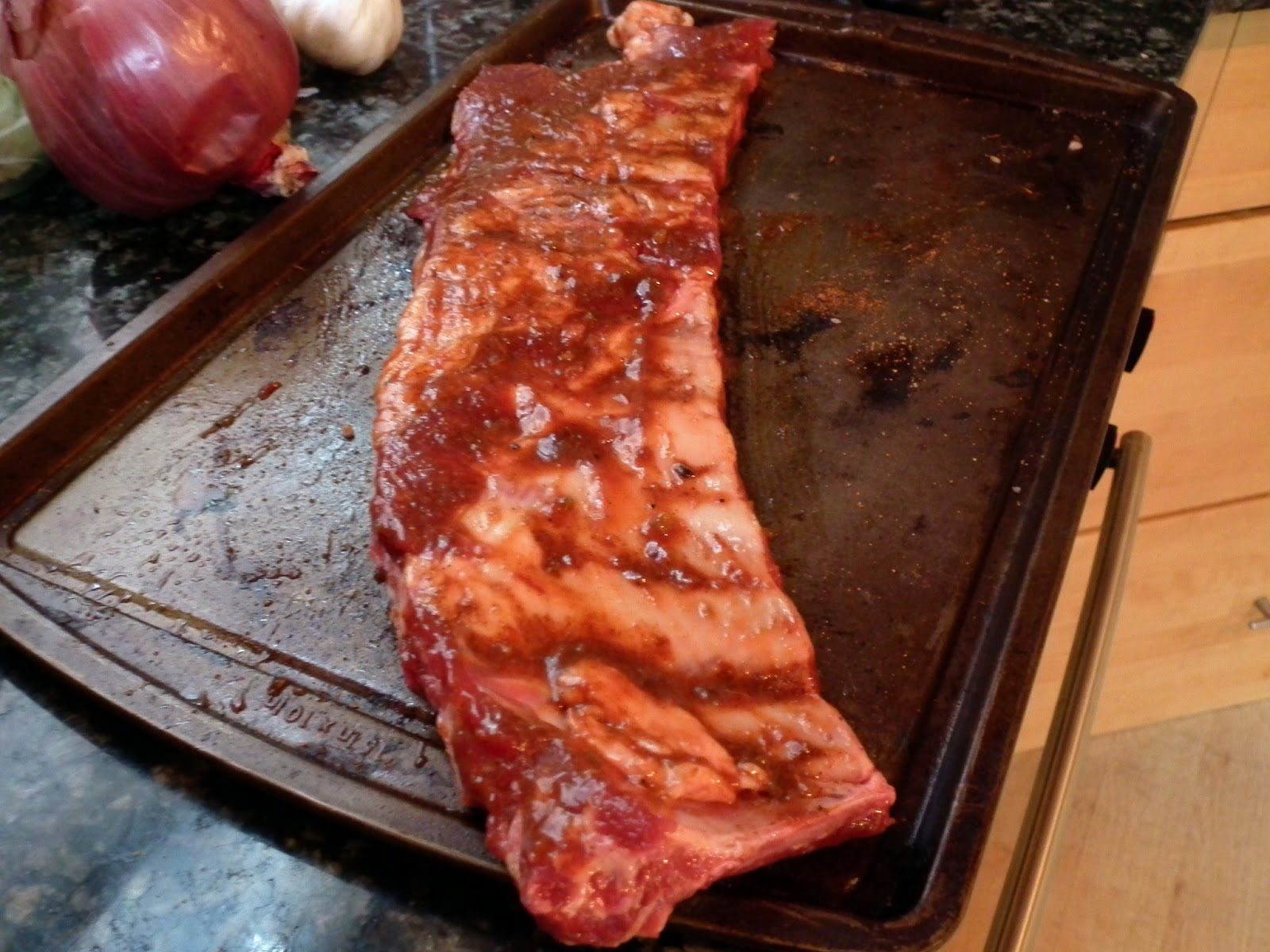 We cooked them on the rack of the grill so they got indirect heat.  After about 10 min, we brushed on more sauce and gave 'em a flip. 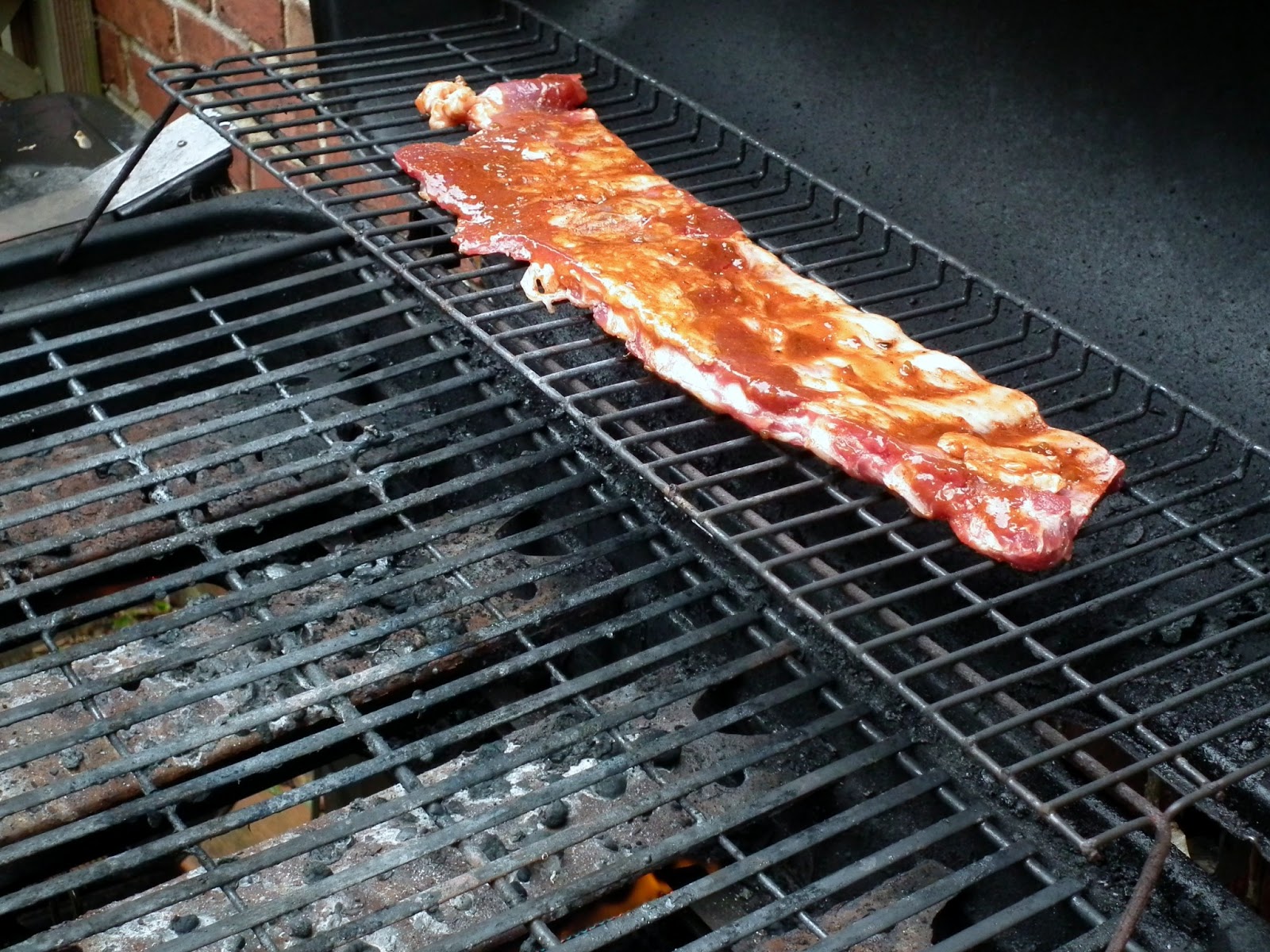 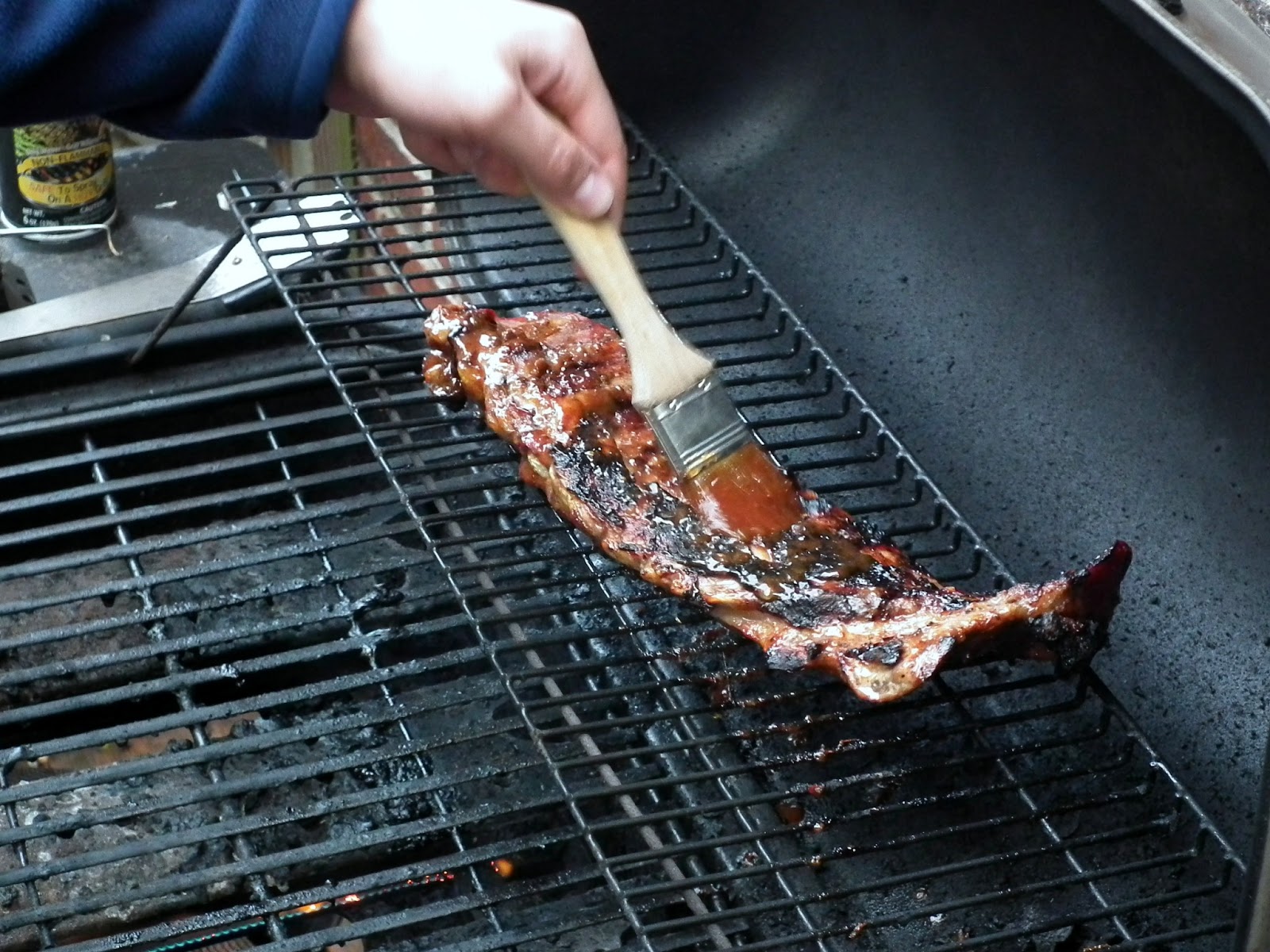 While they finished cooking, I thew together the sunchokes and collards.  The sunchokes were par-boiled and then pan fried, much like we've done when we've made the kale & farro hash.  Once they were crisp, we tossed in some thinly sliced red onion, minced garlic, and the collards.  We deglazed the pan with a splash of sherry vinegar, and in minutes, our side dish was complete. 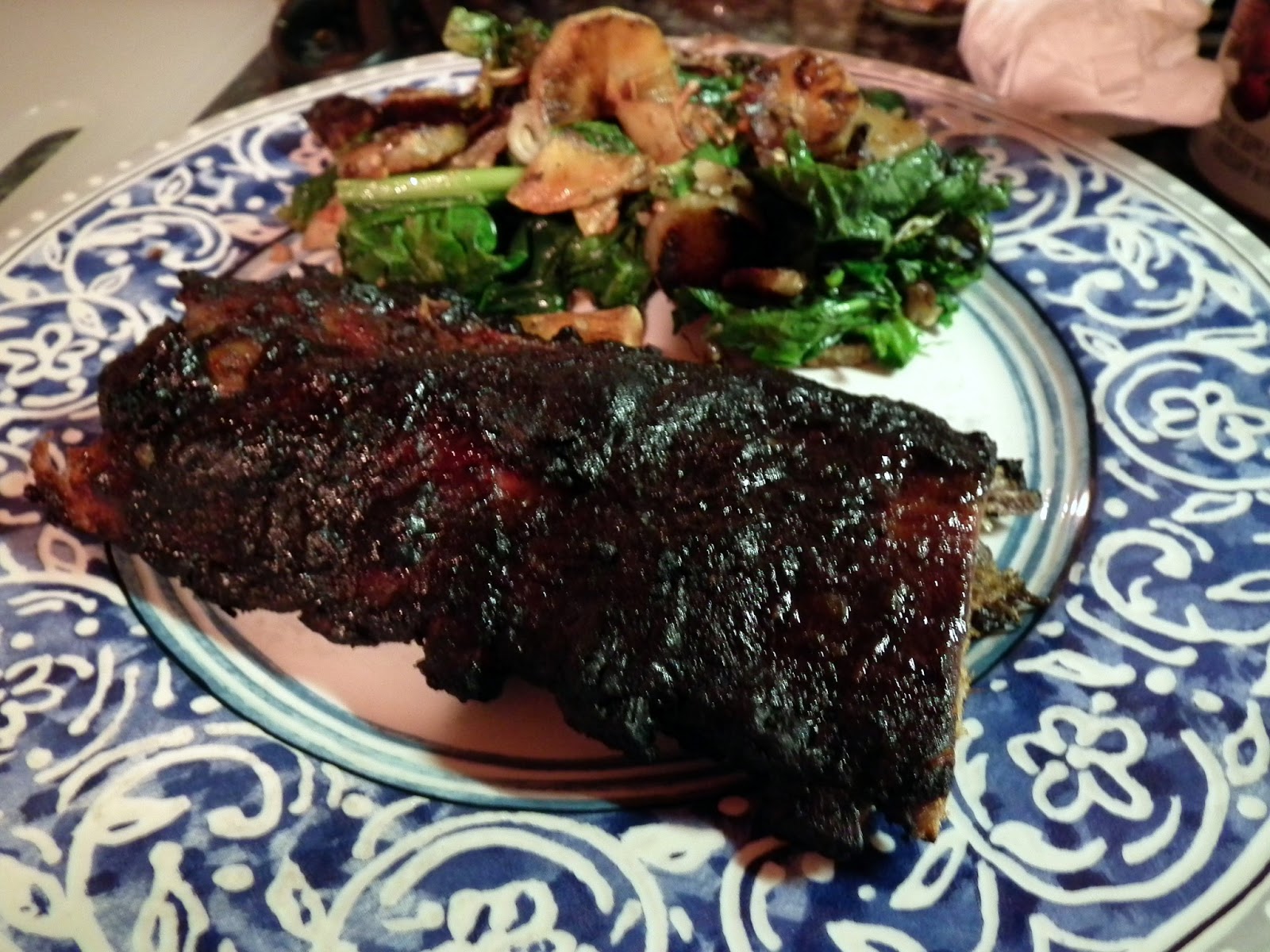 It was a great, summertime meal, from a great new grocery store.  So get on over to Glen's and check it out!
*pictures of the market sourced from Glen's Garden Market, Urban Daddy, and The Washingtonian
Posted by Unknown at 9:44 PM