That's What Its All A-Trout!

And we're back from out little weekend hiatus.  So tonight we bring you some cornmeal crusted trout and farro with kale and sunchokes.  We weren't really sure what to do with the sunchokes when we got them in our share.  Neither of us had cooked with them before, so we turned to the interwebs for some assistance.  We came across this recipe that not only used the sunchokes, but also put our kale to good use as well. 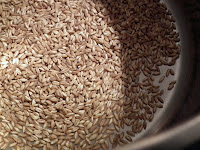 If you're not familiar with farro, its a delicious little grain.  You cook it like rice until it gets tender.  It has a nice nutty flavor too.  So while the farro was cooking, we started on the other components of the dish.
We sliced the sunchokes and boiled them for about 10 minutes in some salted water until they were fork tender.  Then the kale was boiled for a few minutes, followed by sauteeing the onions in some butter and oil. 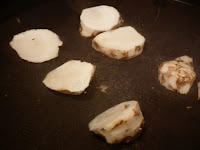 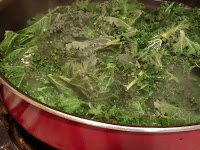 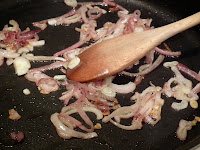 Then it was time to slice the sunchokes into smaller pieces, and pan fry them in a little olive oil and vegetable oil.  It didn't take long for them to become golden brown...maybe a few minutes on each side.  Then we tossed in the oyster mushrooms for a few minutes. 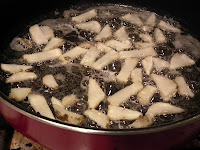 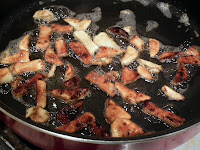 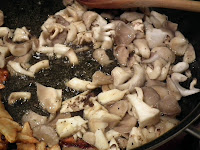 Then we tossed the other components back into the pan, including the cooked farro, and gave it a good toss, so everything was coated in the remaining oil in the pan.  All the flavors melded together, and we just added a little salt and pepper to season everything.  We did put our own spin on the recipe by adding a little bit of our porchetta.  It gave our side dish a nice savory, salty component. 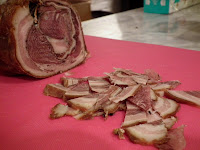 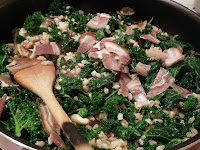 While the finished the farro, Justin got to work on the trout.  He pulled out the few pin bones in the filets, then did a simple coating of salt, pepper, cornmeal, and secret hobo spices. 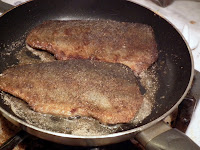 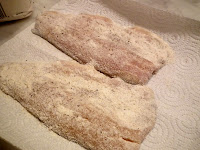 They went into a pan of melted butter, skin-side down, for about 4 minutes while the skin got nice and crusty.  With a quick little flip, it only took another 4 minutes for the other side to cook through.
It was a light, rustic meal.  I felt like I should've been sitting in a log cabin, in front of a roaring fire eating this meal.  With a little squeeze of lemon over the fish, the meal was complete! 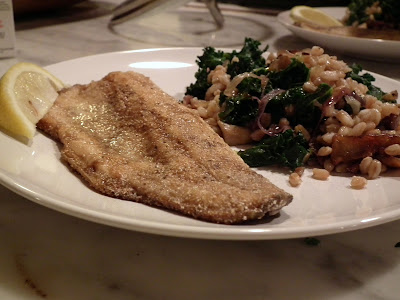