I was really excited to pick up our meat share and see that we had chicken from Polyface Farms.  I've never had any of their meat, but I've been wanting to try it ever since I read about their farm in "The Omnivore's Dilemma".  If you haven't read it, it talks about that state of food these days, and how we eat.  I'd also highly recommend picking up the follow-up book, "In Defense of Food".  Back to Polyface...they operate their farm the way a farm should run...letting their cows graze freely, and rotating them through different pastures, using their manure for their plants and produce, letting their chickens roam freely and eat bugs and worms, like their supposed to, etc.  So you can understand my excitement when I saw 2 chicken thighs and legs in this week's share.

We thought ahead (for once), and using this recipe as inspiration, decided to marinate the chicken overnight in some garlic, rosemary, thyme, all spice, salt, pepper, and a little grapeseed oil.  Once everything was in the bag, we massaged the chicken a bit to make sure they were evenly coated with the spices. 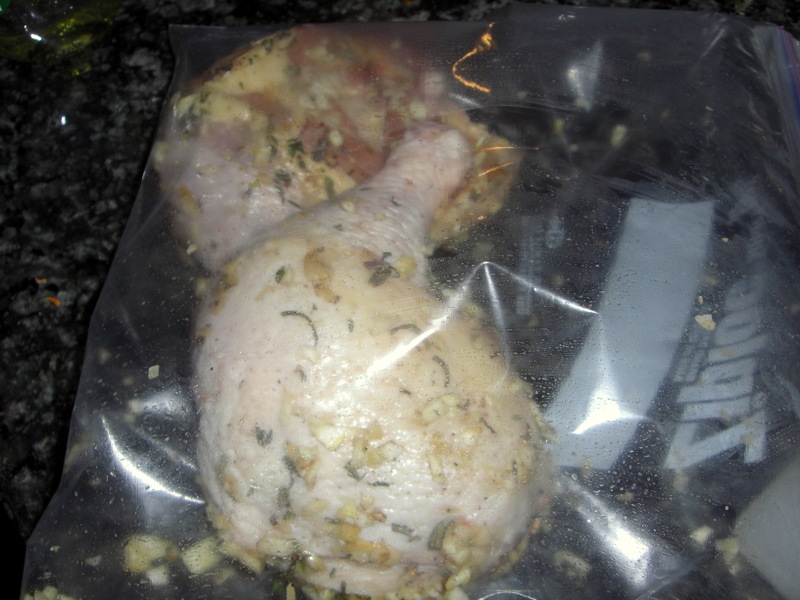 Since we're going to sous vide the birds, we had to remove as much air from the bag as possible.  And since we don't have a vacuum sealer, Justin went the old school way and used a straw...being careful not to suck up any raw chicken juices. 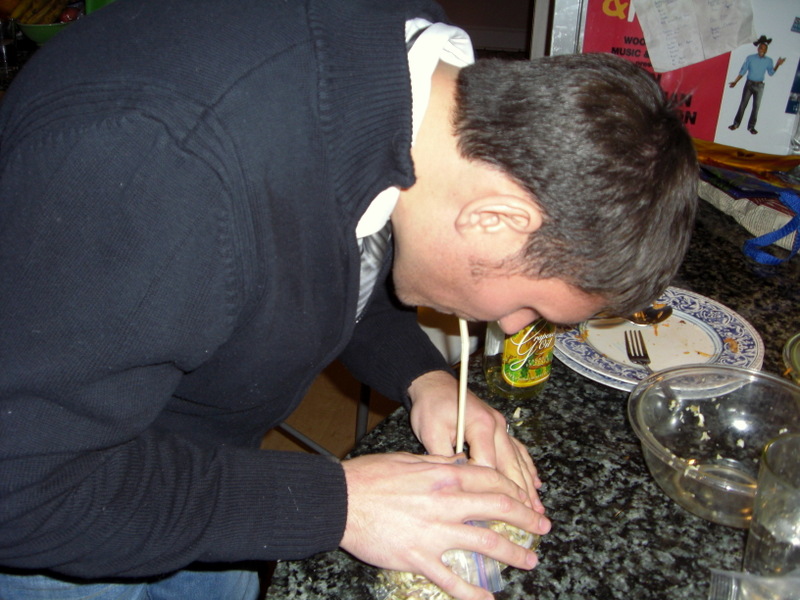 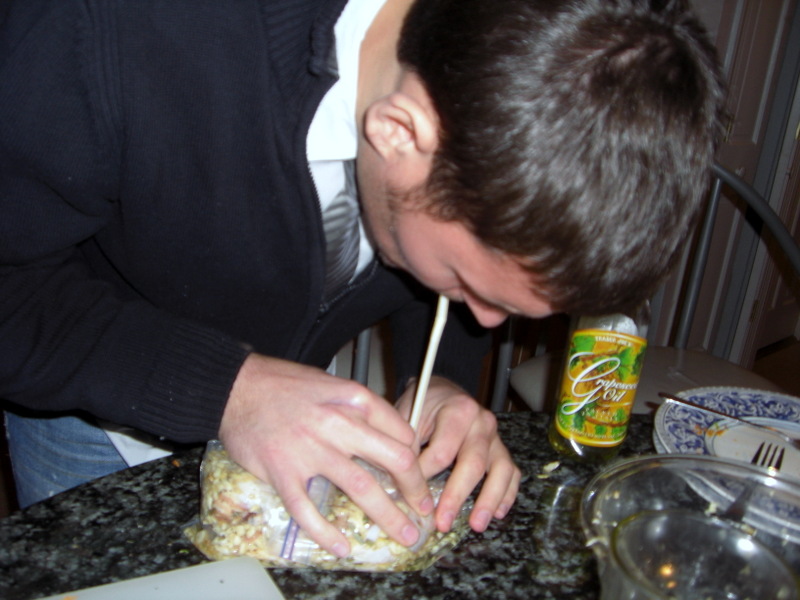 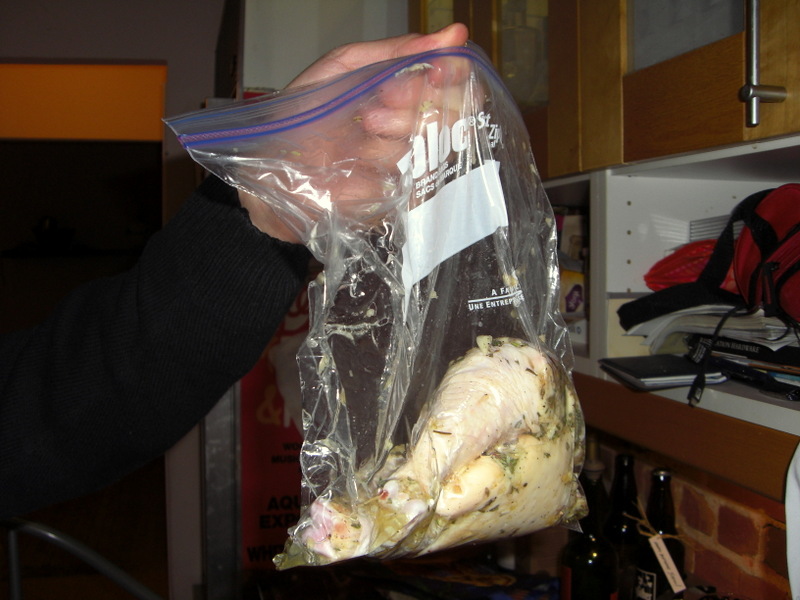 Sadly, we don't have an immersion circulator (maybe next Christmas?), so we just warmed up a pot of water to about 135 degrees.  We don't have a thermometer either, so we went by feel...hot enough to cook the chicken, but cool enough that you can touch it.  We dropped the bag o' chicken in the water and let it cook. 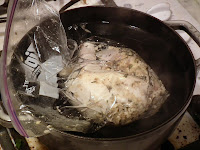 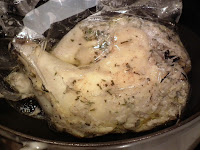 It cooked for about an hour, so while that was cooking, we caught up on some shows we'd DVR'd.  But back to the task at hand...about 10 minutes before we took the chicken out of the hot tub, I got to work on the carrots.  Our share gave us some more purple carrots, so we decided to glaze them. 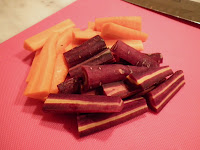 Into a pan, went some butter and brown sugar.  Once it was all melty, I tossed in the carrots so they were all nicely coated.  We added in a little five spice to cut some of the sweetness, and just let the carrots hang out while we finished off the chicken.  We finished off the carrots with some aged balsamic sea salt that Justin received in his Christmas stocking. 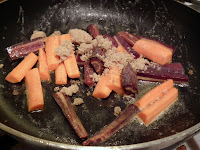 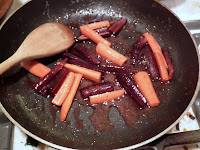 To get that nice, brown, crispy skin on the chicken, we put it skin side down into a pan with some melted butter.  We let it sear for 5 minutes on each side to finish it off.  We made sure to dump all the garlic, spices and juices from the bag into the pan as well, and Justin continued to baste the chicken while it seared. 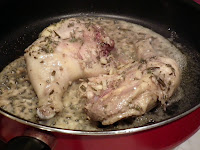 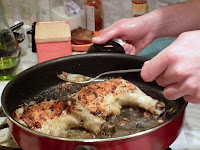 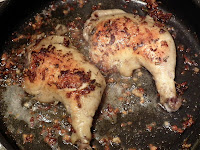 Since we had some parsnip and turnip puree leftover from the other night, we it off with the chicken.  It turned out to be one of the prettiest dishes we've put together lately, and one of the tastiest. 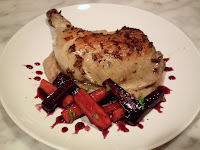 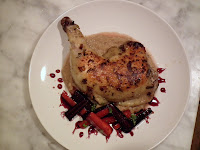