Hey--It's a Whole Lotta Jicama (and corn too)!

As promised, we're back with a quick run down on how to throw together the jicama slaw and grilled corn that accompanied our brisket for the 4th of July.  Both were really simple. 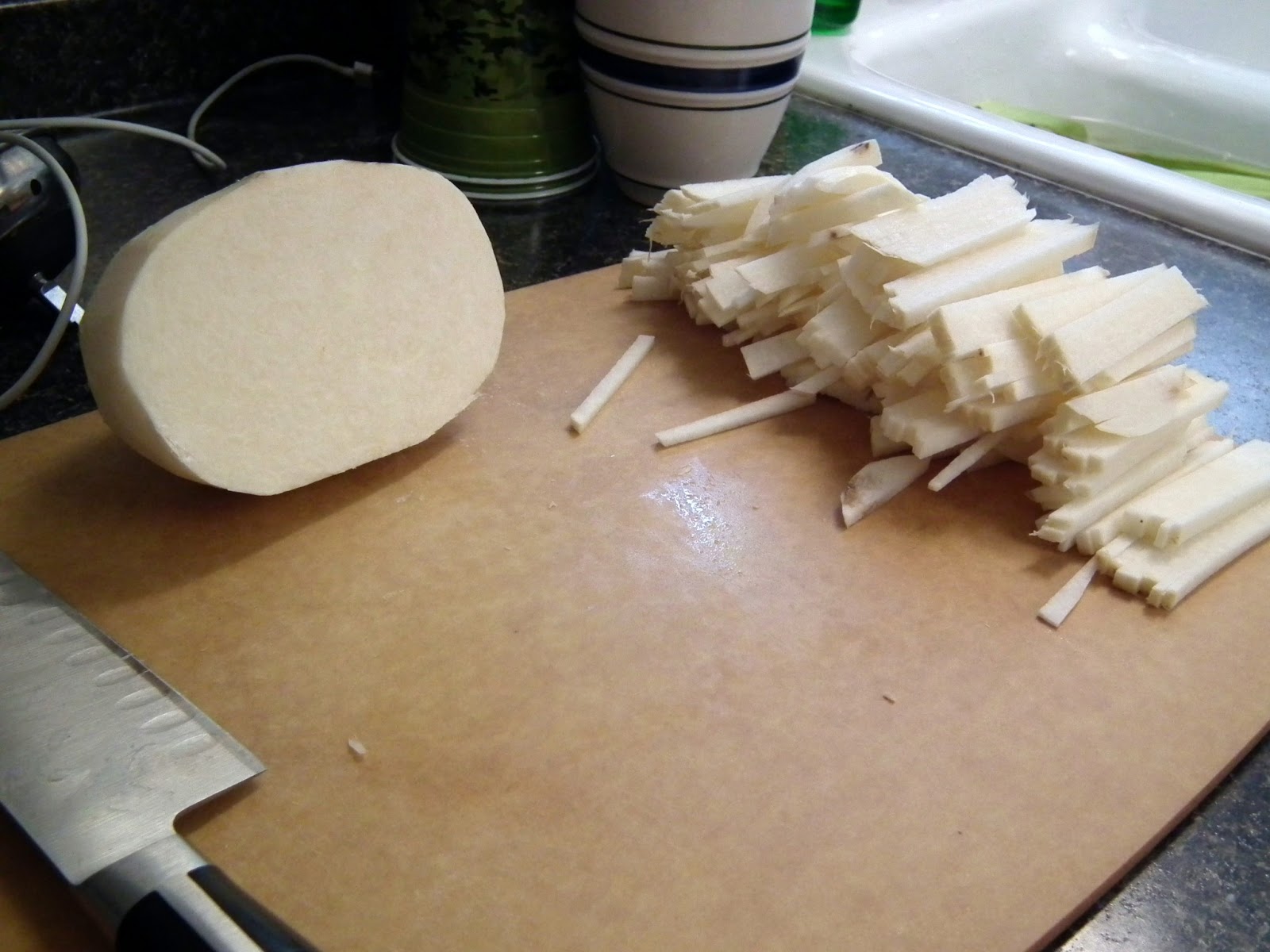 Let's start with the jicama.  If you're not familiar with it, it kind of resembles a root vegetable.  It's fairly starchy, but has the crispness of a radish, but is sweet, rather than spicy.  It's mostly common in Latin American cuisine.  In the grocery store, you'll typically find it near the onions.  Start by peeling it, and then slicing it into matchsticks.  We went with a medium sized bulb of jicama, and ended up with plenty of slaw for  the four of us.  So depending on how many people you're serving, you may want to go for a larger/smaller bulb. 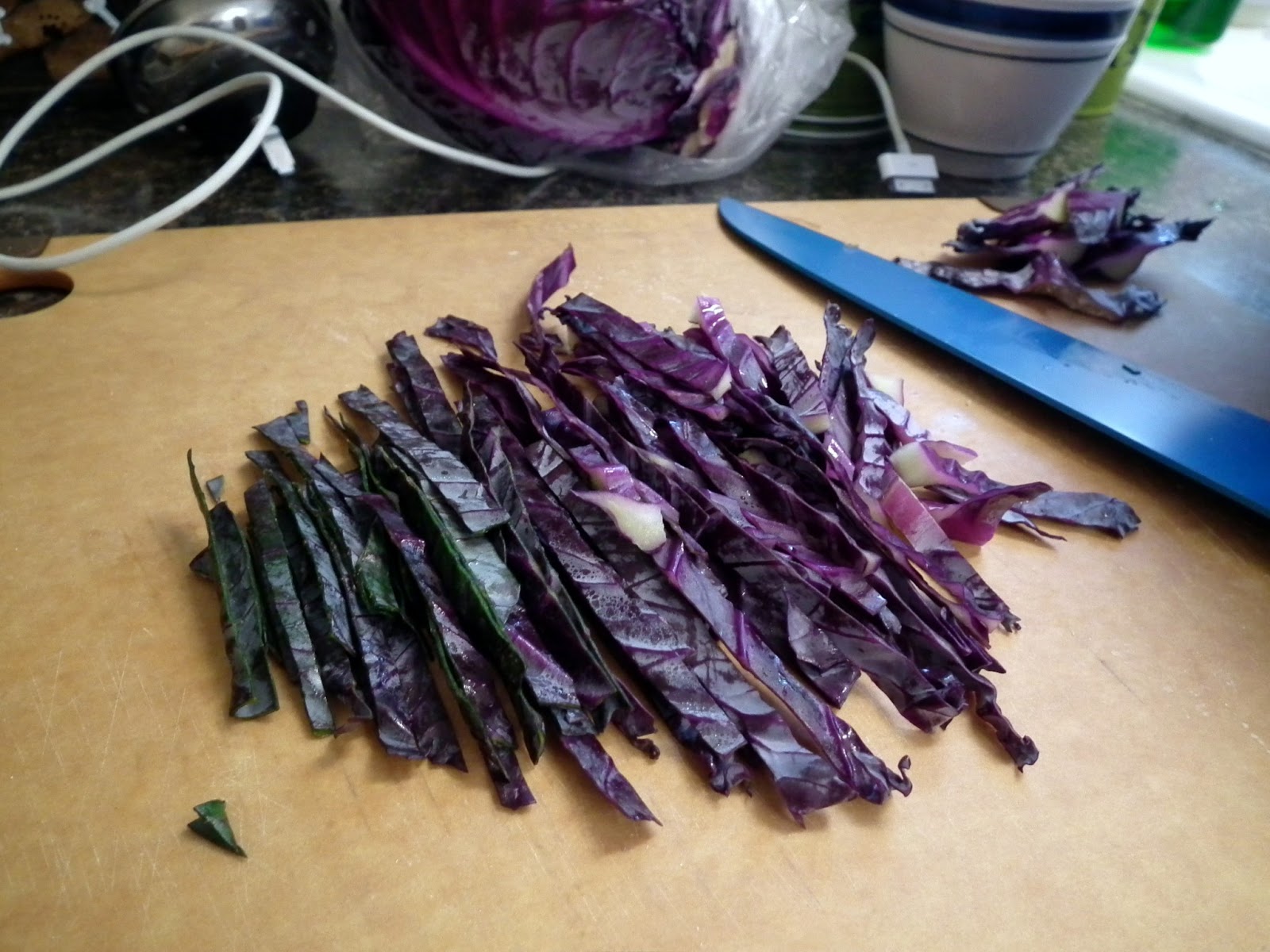 Next, we chopped up some red cabbage.  I just pulled off the leaves of the cabbage, stacked them on top of each other, and got to slicing.  You'll want an equal ratio of jicama to cabbage.  You also want you cabbage strips to be about the same size as your jicama sticks, so you may need to cut your leaves in half, like I did, before slicing them into strips. 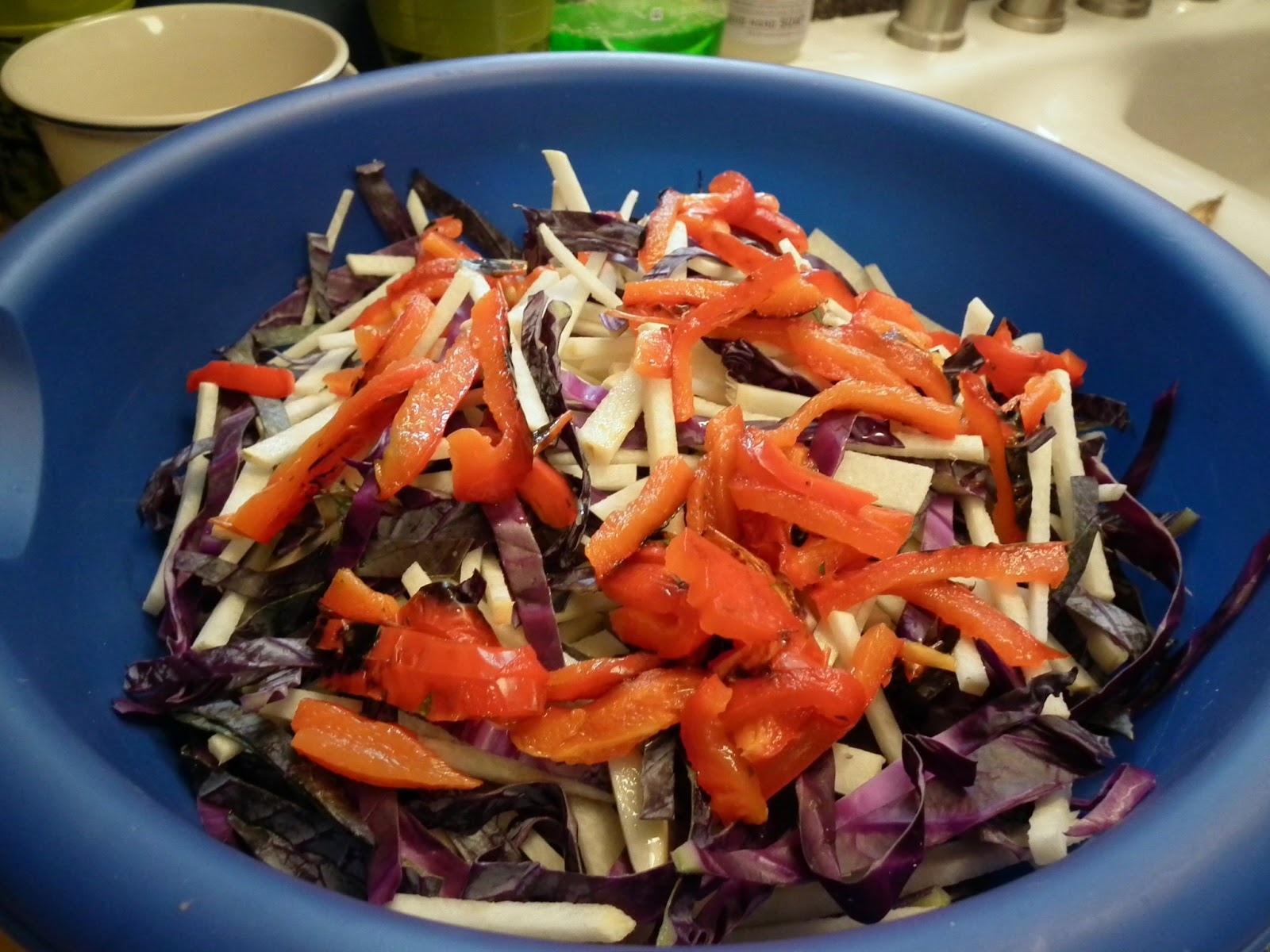 And for the red component of the slaw (could you tell we were going for a patriotic side dish?), we roasted a red bell pepper on the grill.  You'll want to throw it on the grill for about 15-20 minutes, until the skin is nice and charred, and the pepper has softened.  Pull it off the grill, and once it's cool enough to handle, you can peel the skin off.  Then just slice it into strips. 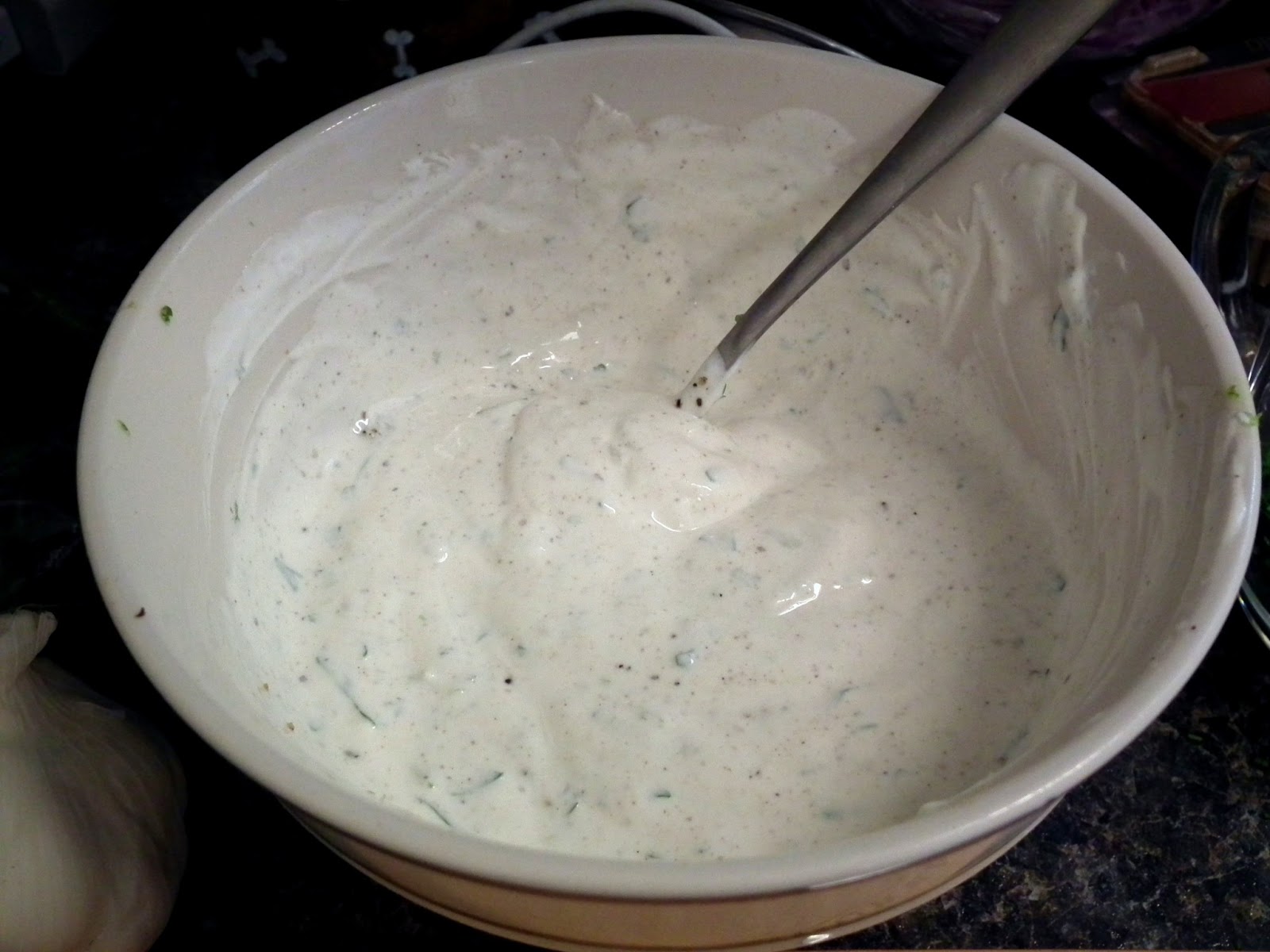 The dressing was equally as simple.  Just mix together some sour cream,
rice wine vinegar, mirin, lime juice, lime zest, cilantro, and chili powder.  I think we used about a 1/2 cup of sour cream for all those veggies.  Make sure when you mix up your dressing, you give it a taste before pouring it over your slaw.  The vinegar, mirin, and lime juice will help thin out your dressing too.  Then pour it over your slaw, and give it a good toss so all the veggies are evenly coated.  If you're like me, and you don't like your slaw swimming in dressing, gradually add your dressing to your veggies so you don't run the risk of over dressing them. 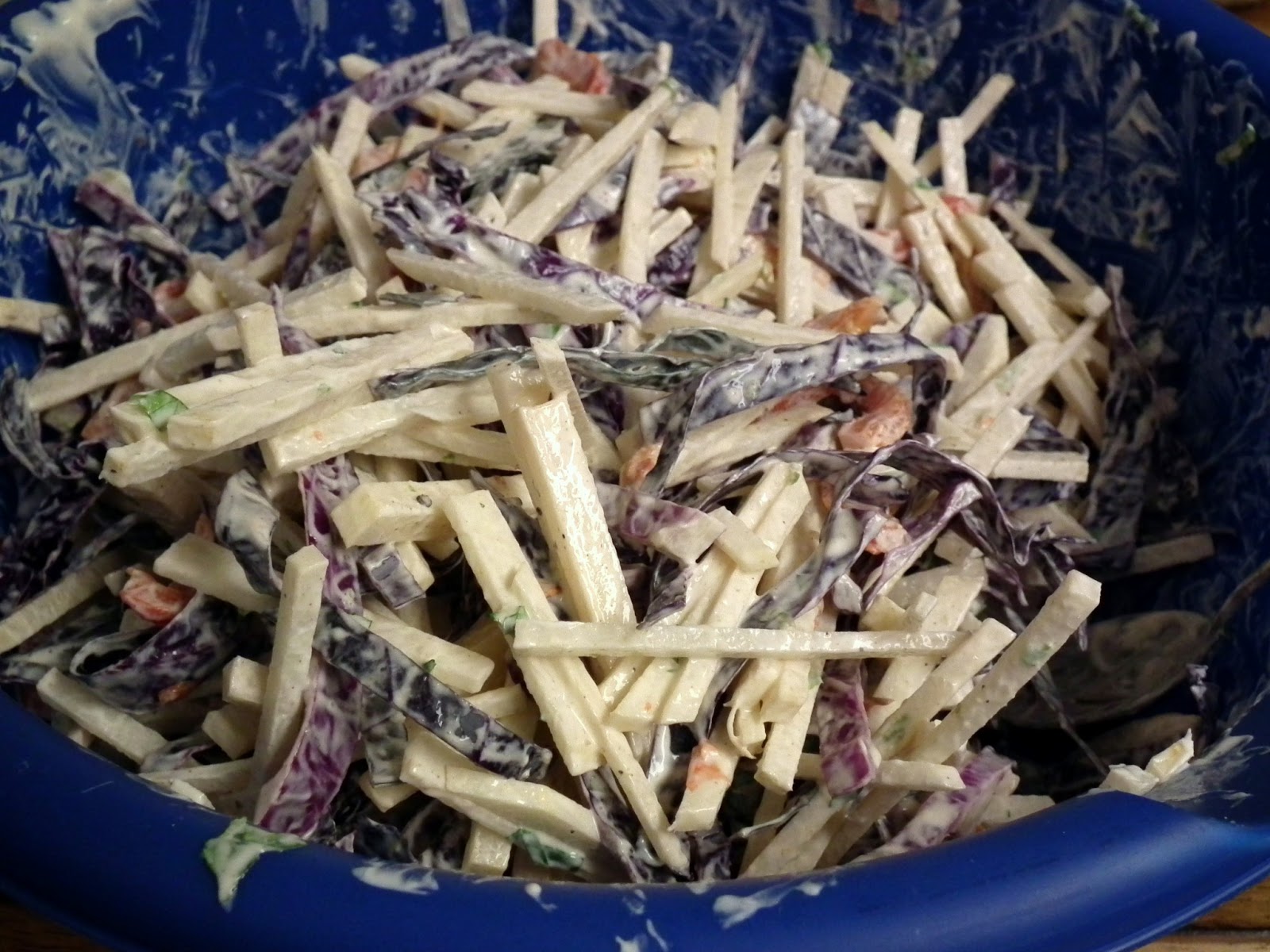 Onto the corn!  During the summer, I hate to use a lot of indoor appliances because they just heat up the kitchen.  So grilling corn outdoors is a great alternative to just steaming them on the stove.  It gives this grain a nice smoky flavor as well from browning the husks.  First, you'll need to remove the silk from each ear of corn, while leaving the husk in tact.  The best way to do this is to peel back the husk down to the base, 1 leaf at a time, until the ear of corn is exposed and you can remove all the silk.  Then you can just cover the ear back up with the husk and move onto the next ear.


In order to not burn the husks, you'll want to soak your corn in water, just like you would with wooden skewers if you were making kebabs.  This keeps the husks moist enough to not catch on fire.  When you're ready to grill them, make sure all the water has drained out of the corn, and then simply put them on the grill for about 15-20 minutes, rotating them frequently. 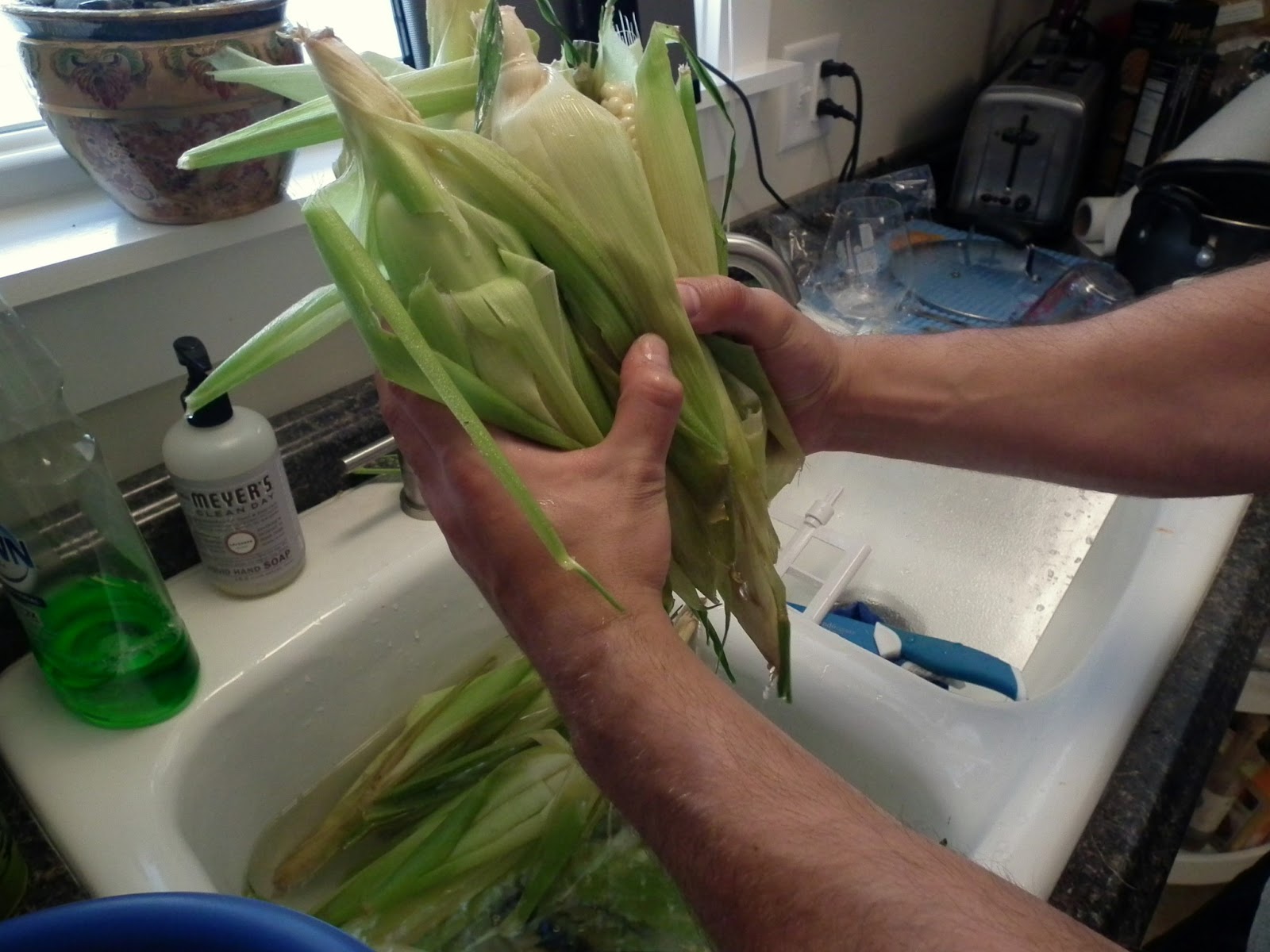 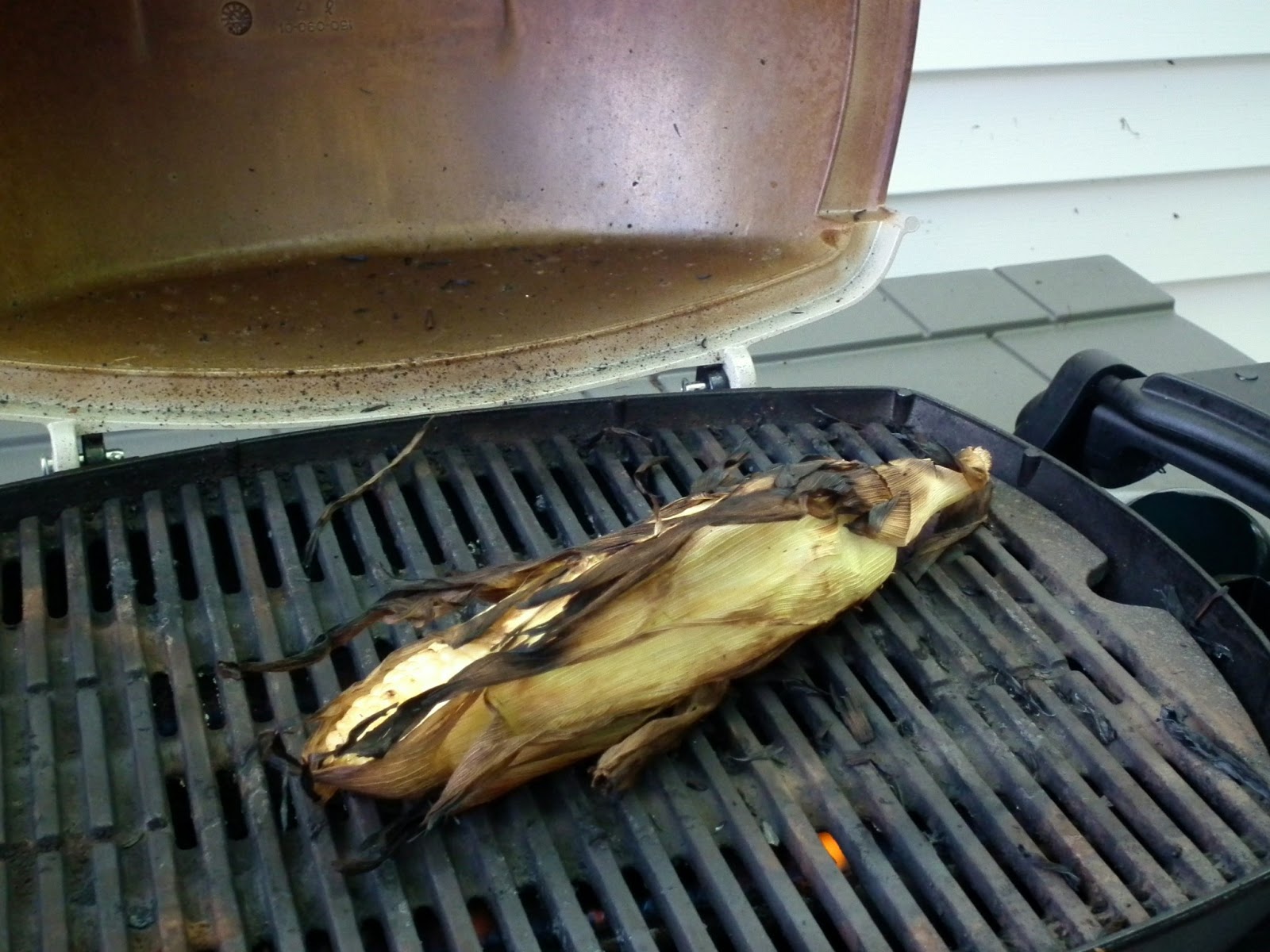 Once their done, and are cool enough to handle, you can remove the husks.  We then squeezed some fresh lime juice over each ear, sprinkled on some chili powder and cilantro, and topped each ear with some queso fresco.  This was our take on a traditional Mexican street food. 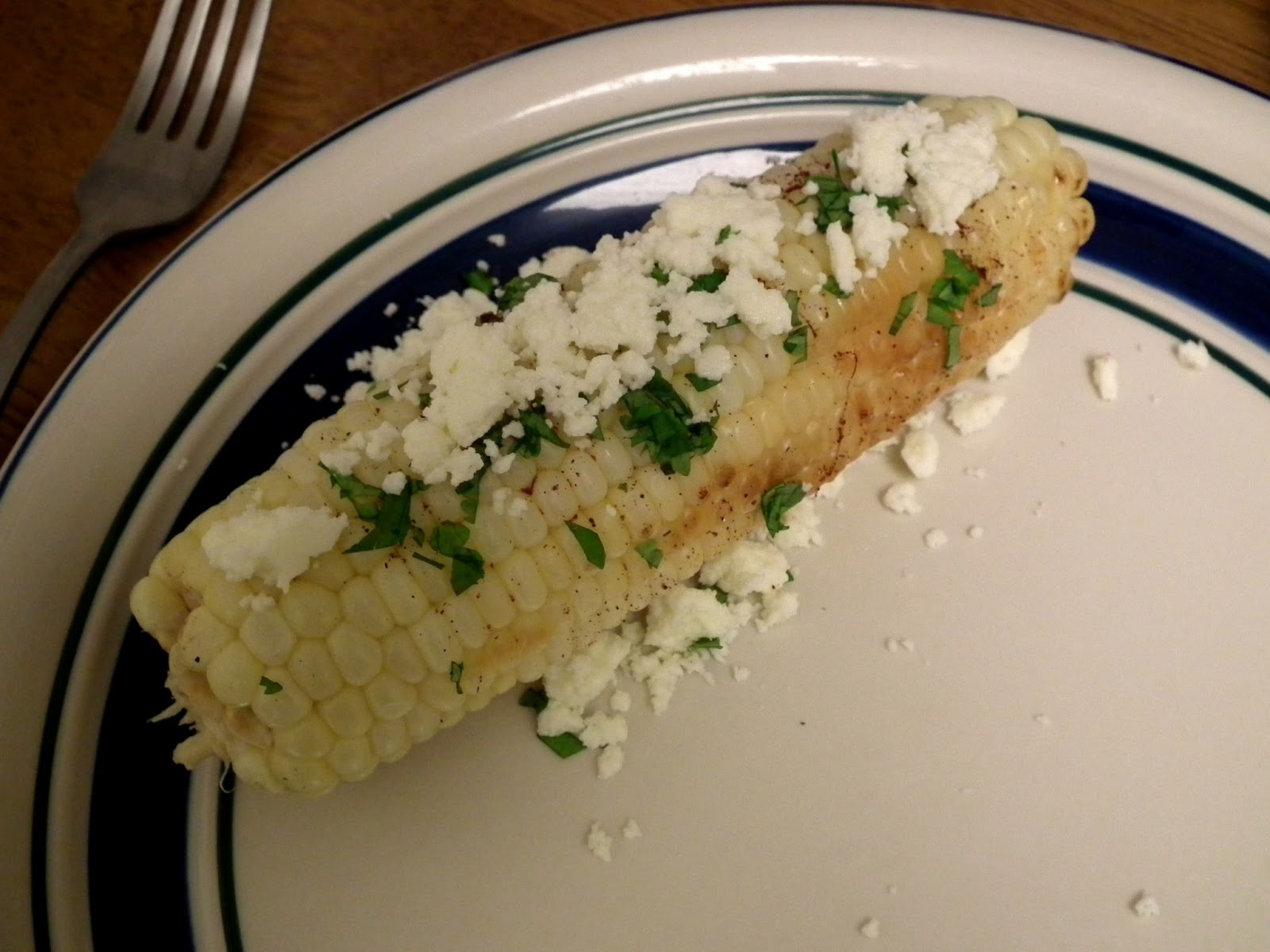 Both the jicama slaw and grilled corn were nice, light accompaniments to our delicious smoked brisket, and would be great for any backyard cookout this summer!
Posted by Unknown at 10:00 PM