Eat a Fleet a Fajitas!

With the dog days of summer winding down, we're trying to use the grill as much as we can before Fall really sets in.  We had a craving for some steak, so we decided to make some fajitas and grilled corn.  We wanted to mimic the flavors of carne asada, so we marinated our flank steak with beer, garlic, lime juice, cumin, cayenne pepper, jalapeno, chipotle in adobo, salt and pepper. 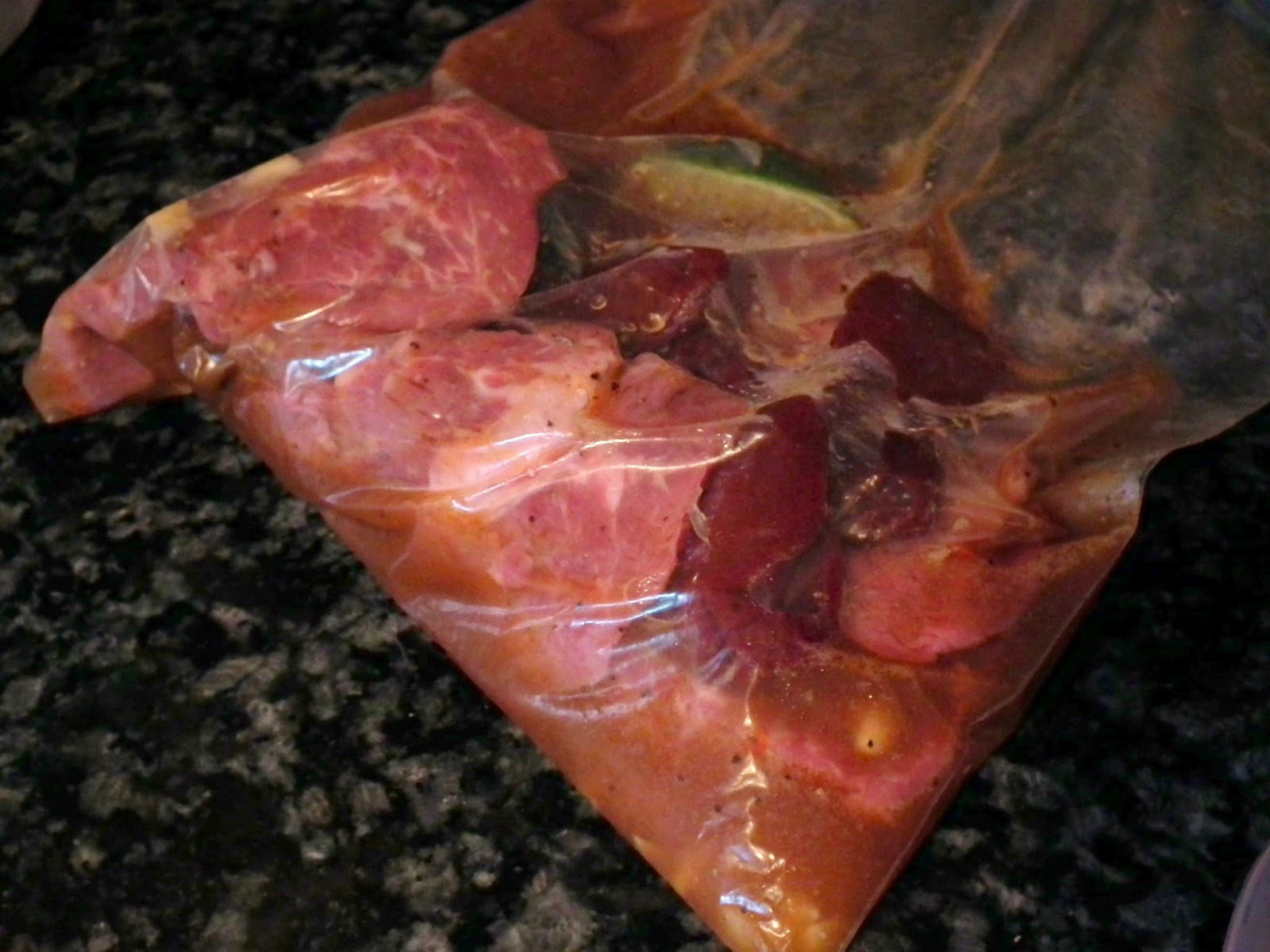 You can do this the day before and let it sit overnight, or if you forget (like us), just get your meat in the marinade asap, and prep everything else.  Our meat ended up marinating for about 90 minutes.  For veggies, we sliced up some bell peppers and onions, and just sauteed them on the stove with salt and pepper. 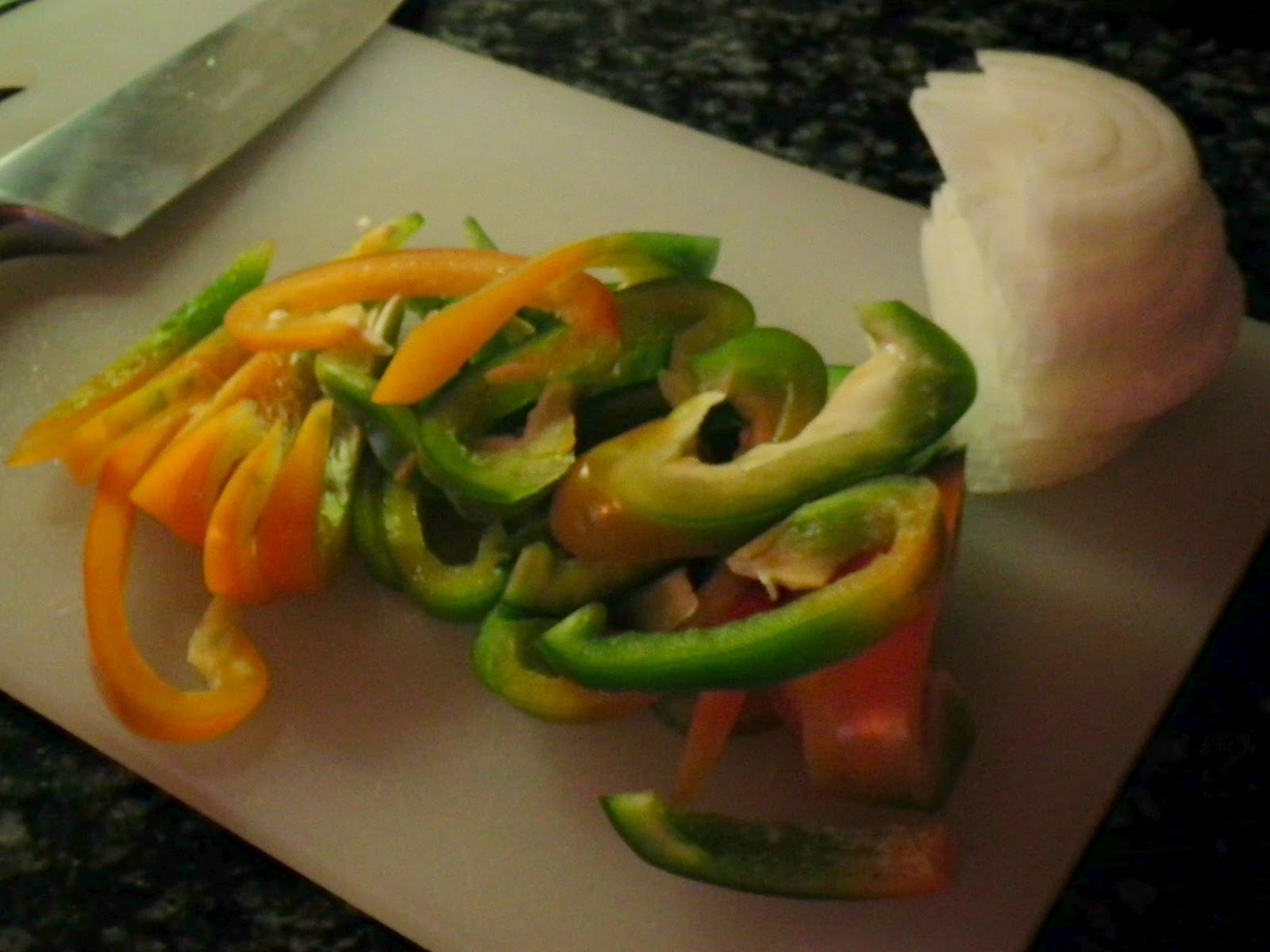 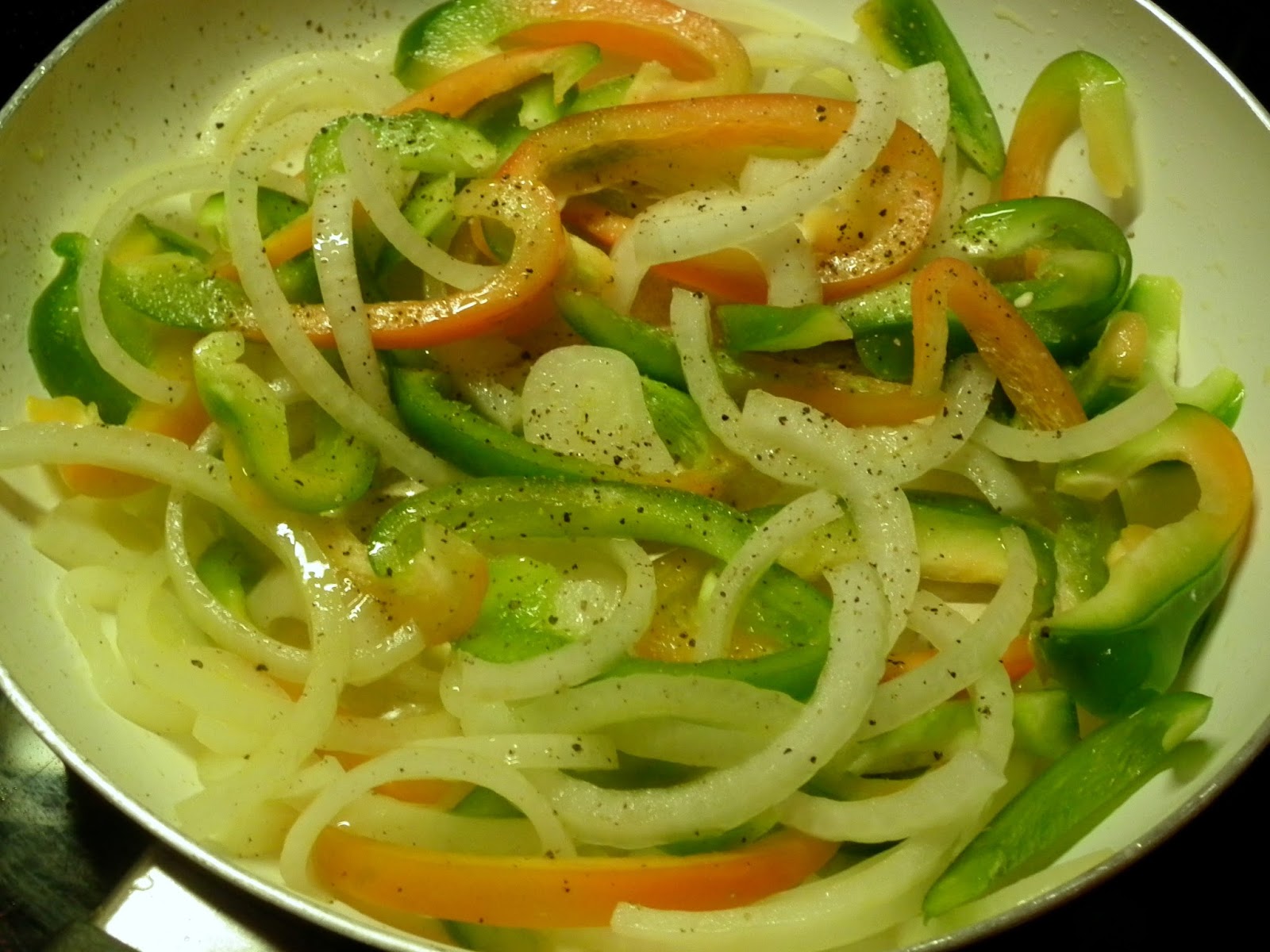 We also had a few poblano peppers from our share, so we drizzled some olive oil on them, sprinkled them with salt and pepper, and threw them on the grill to roast up.  We also thew a few ears of corn on the grill for our side dish. 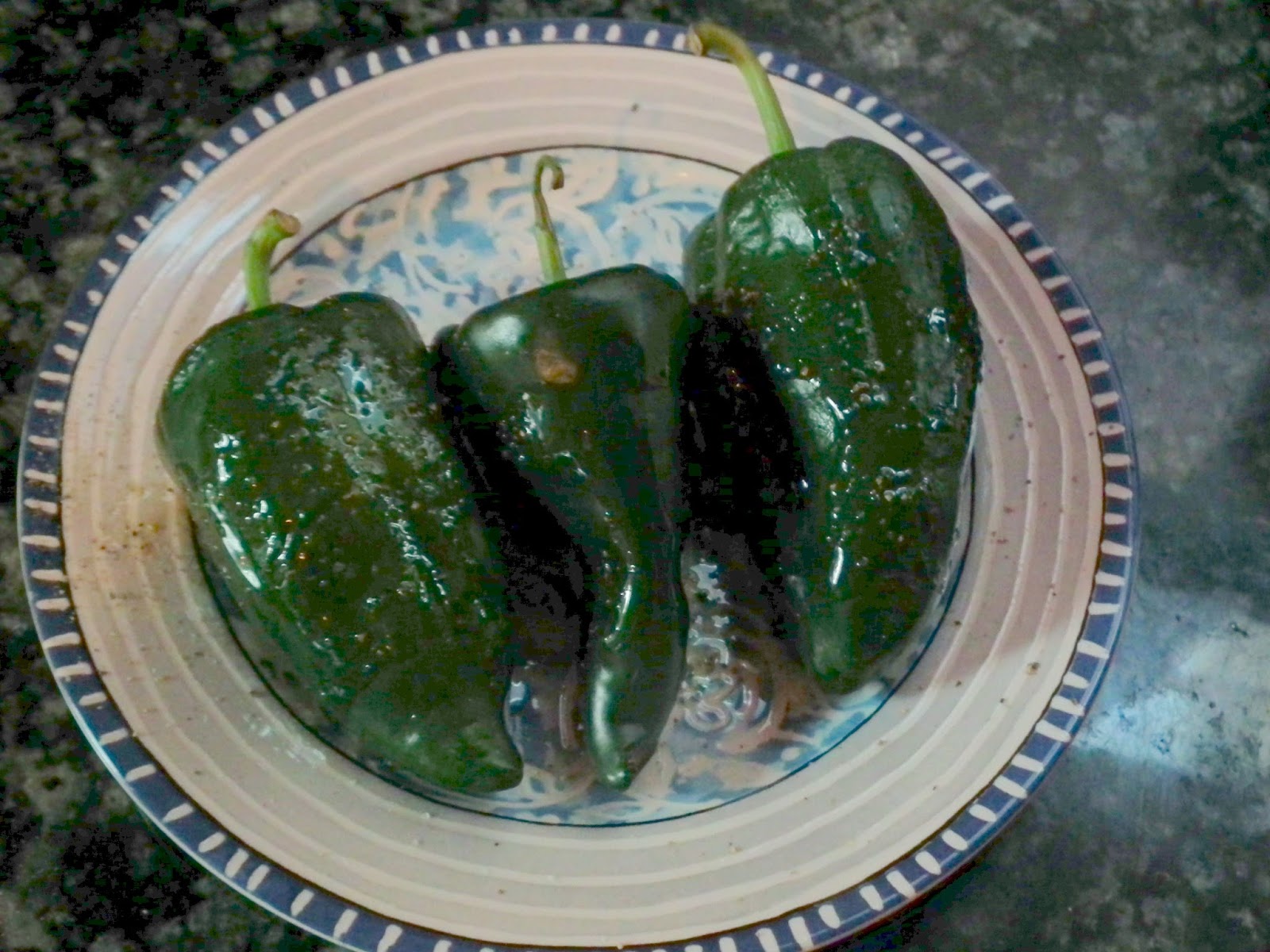 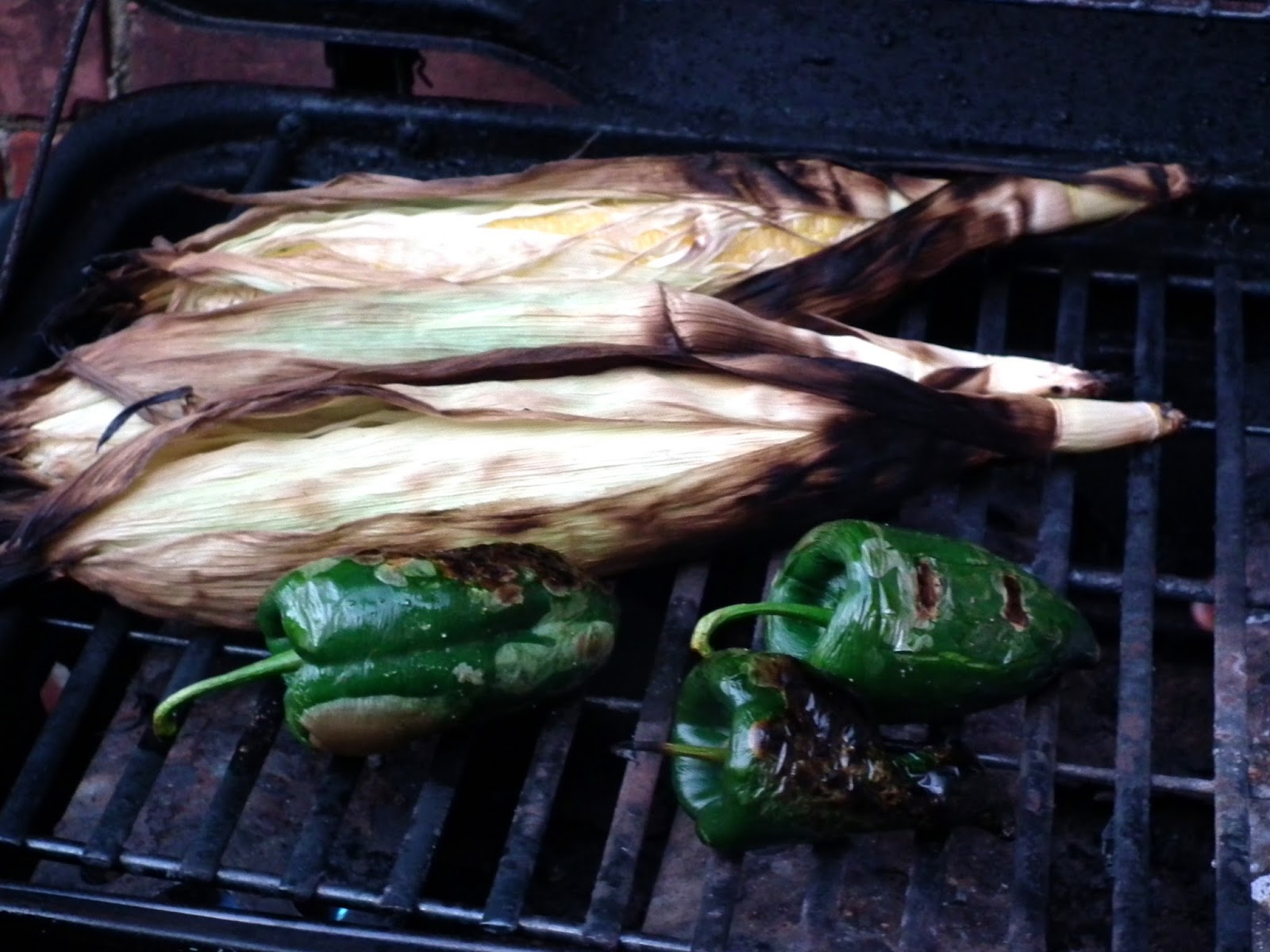 We knew the steak would only take a few minutes on each side to cook to a nice medium rare, so we waited until the peppers and corn were just about done to throw the meat on the grill. 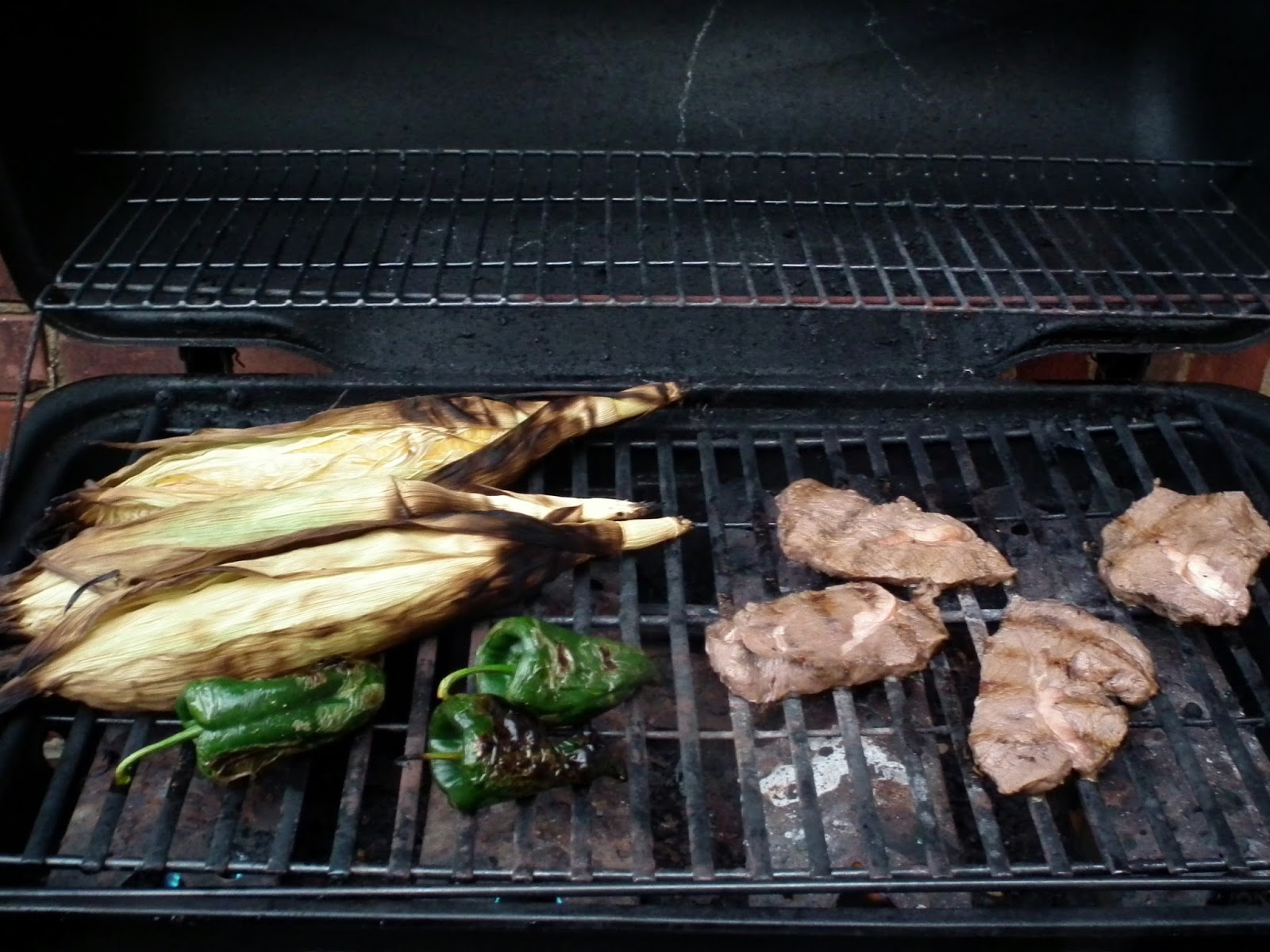 We thought of preparing the corn like we did on the 4th of July, with cayenne, lime and queso fresco, but I wasn't pleased with how the cheese didn't really stick to the corn (like in the Aaron Sanchez commercial).  So we modified the preparation and made it into a salad.  Just cut the kernels off the cob, and toss with a dash of cayenne, crumbled queso fresco, chopped cilantro, and a squeeze of lime juice.  You get all of the same flavors, but it's much easier to eat, and get all of the components in one bite. 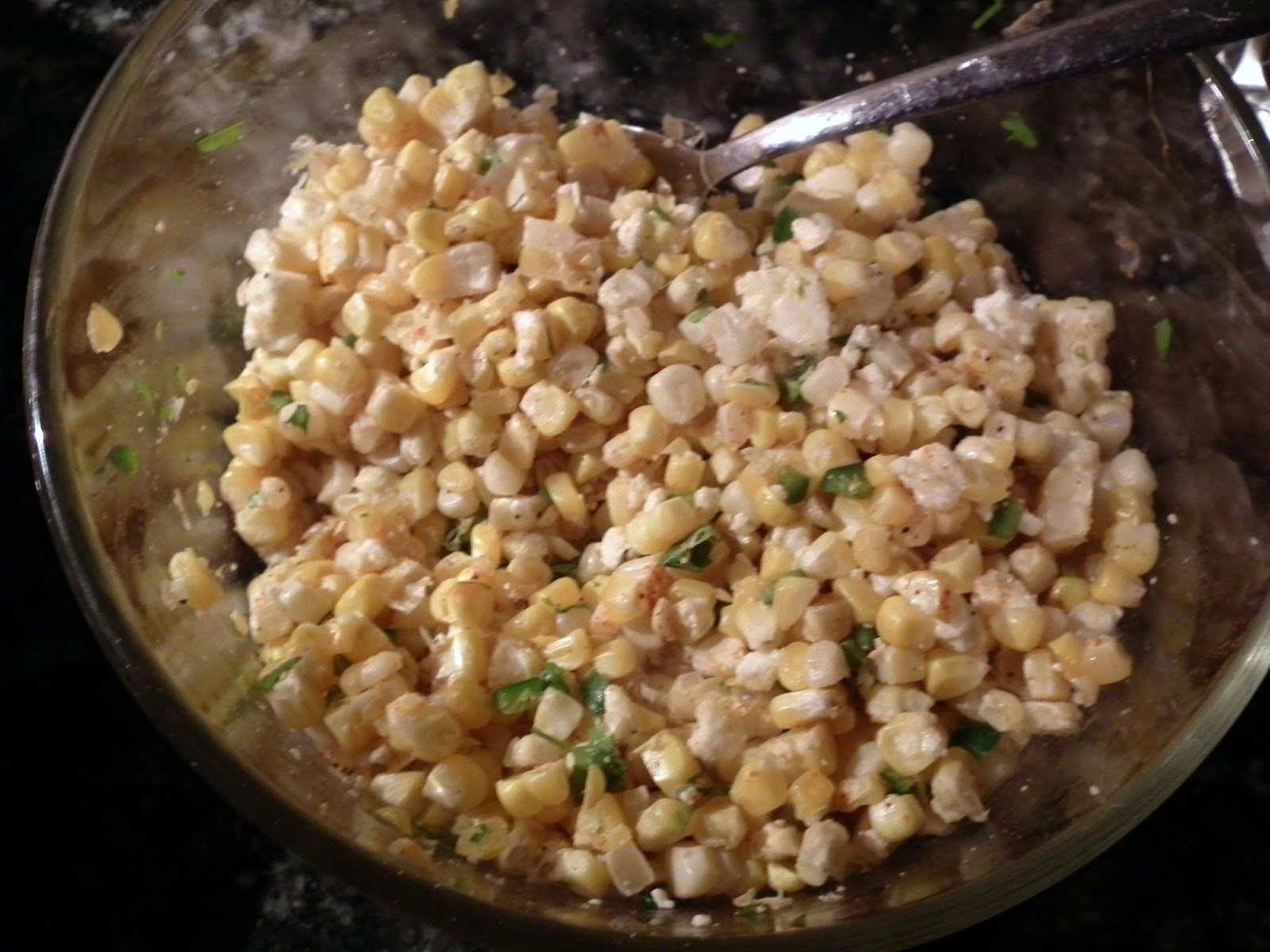 While the meat was resting, I peeled the roasted poblanos and sliced them into strips.  I also sliced up some lime wedges and chopped some cilantro.  Our tortillas were warming in the oven too.  Then just build your fajitas, and dig in! 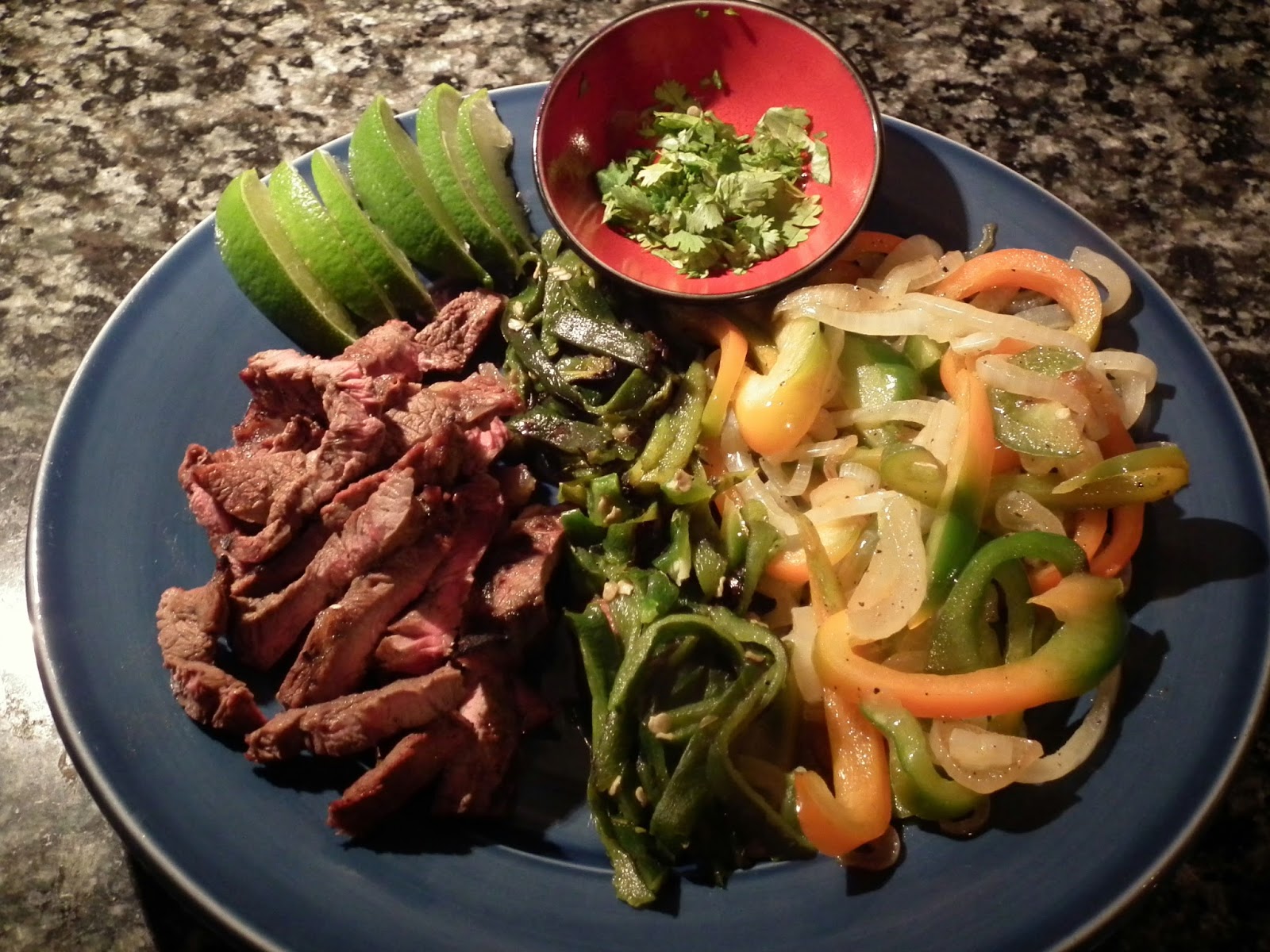 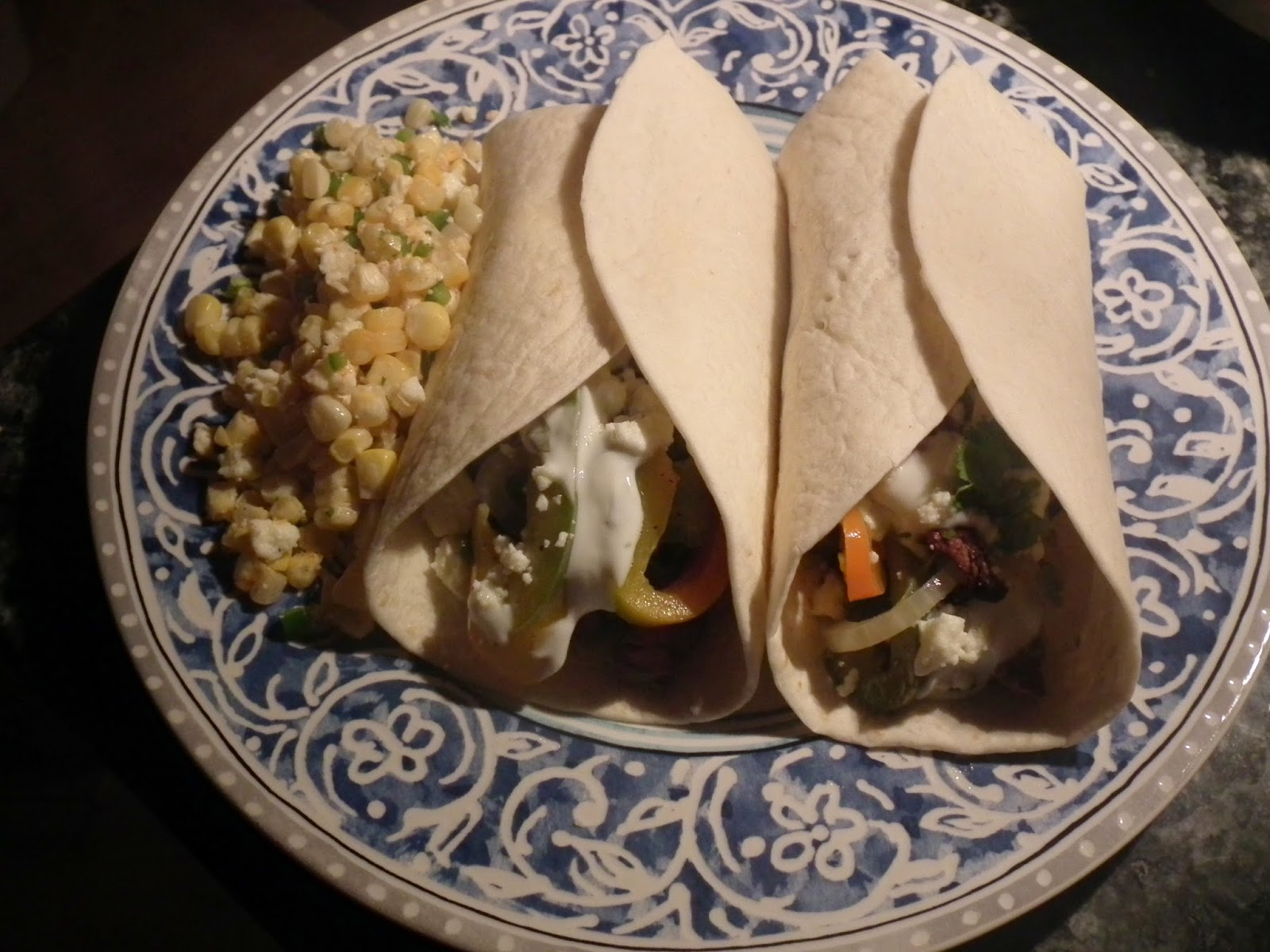 The meat was nice and juicy, and still had great flavor even though it didn't marinate very long.  You had a nice smokiness from it being on the grill, some heat from the poblanos, but sweetness from the onions and bell peppers.  It's a pretty quick and easy summertime meal that takes you south of the border.
Posted by Unknown at 12:19 PM