It's always tough for me to get motivated to cook dinner on a Friday night.  I'm usually tired from the work week, and would rather just go out or order in.  But we're watching what we eat, and it can be difficult when you go out since you don't have complete control over what goes into your food.  Luckily we found a simple recipe for a chicken and kale curry.  I don't think it took us more than 30 min. to throw this bad boy together.

Start by mixing together your spices; curry powder, tumeric, coriander, ginger, salt & pepper.  I didn't have any dried ground ginger on hand, but I did have a jar of wet ground ginger in the fridge, so we used that instead.  And instead of black pepper, we used white pepper, which is often found in Asian cooking.  Then just toss in your hunks of chicken and evenly coat them with your spice blend.  You can let it sit and marinate while you prep your veggies. 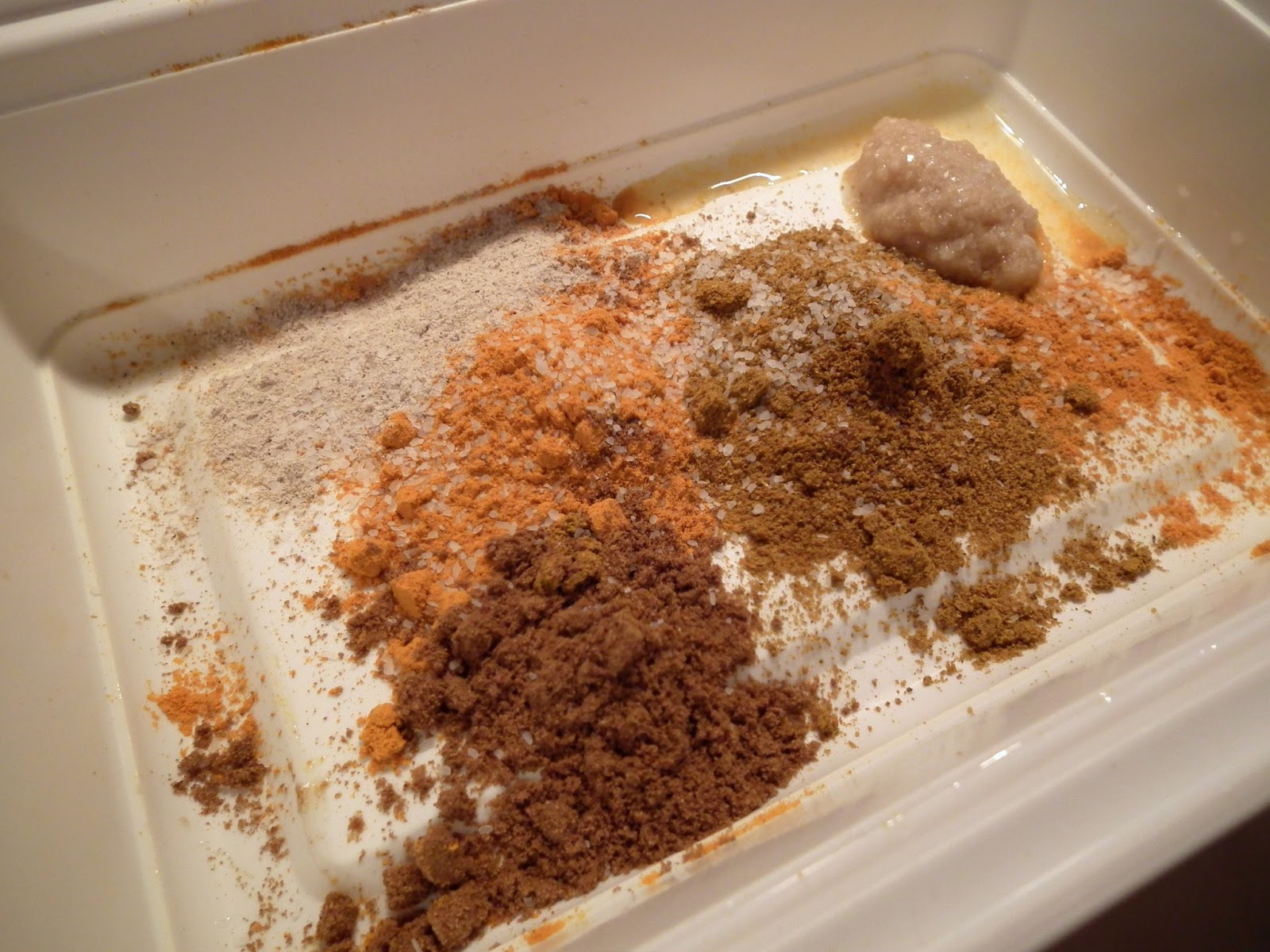 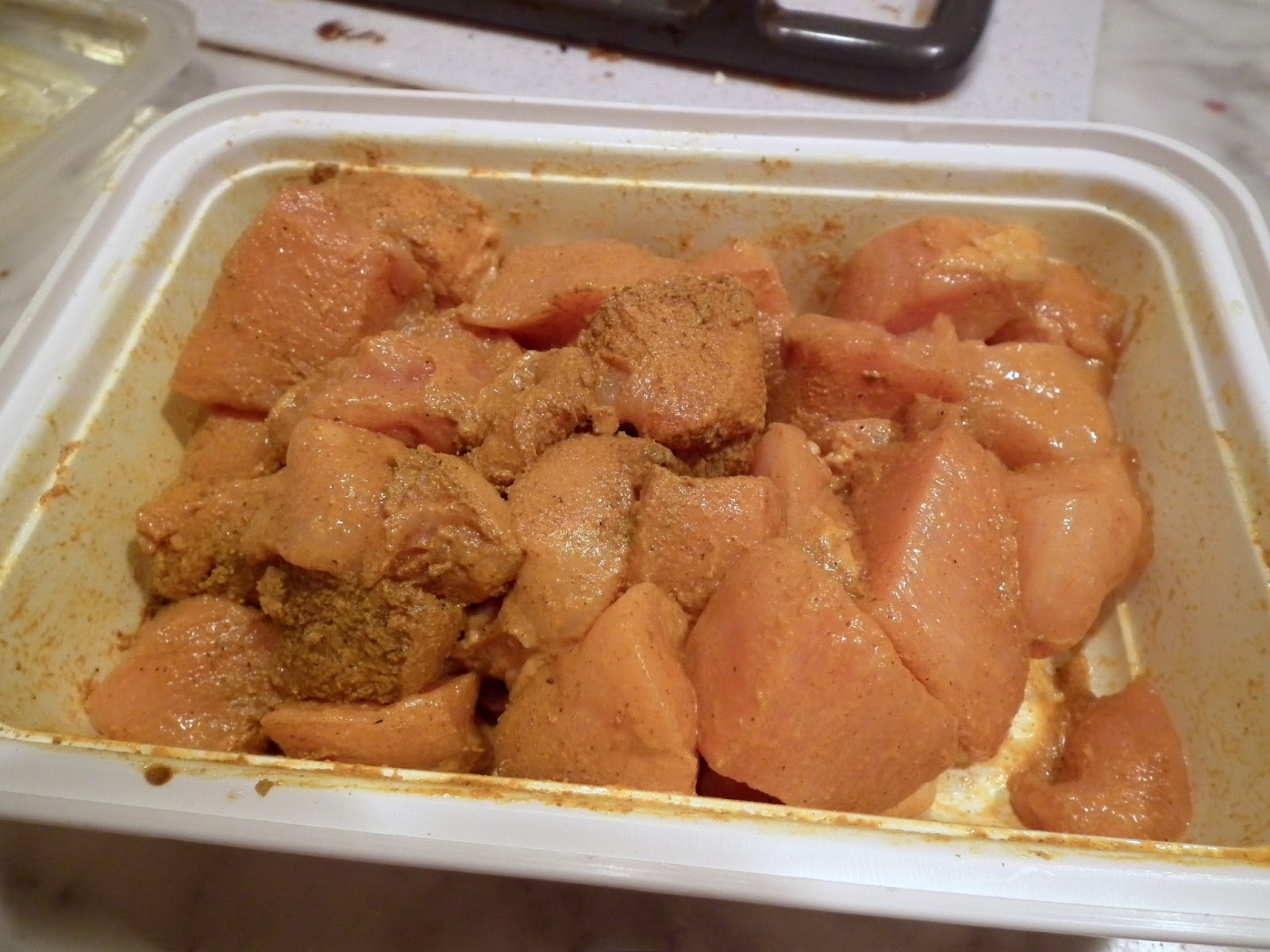 Speaking of veggies...you'll need to dice up an onion and some tomatoes, and de-rib your kale.  To make it even easier, you could just use grape or cherry tomatoes and toss them in whole.  But we had the tomatoes from our share, so they just got diced up. 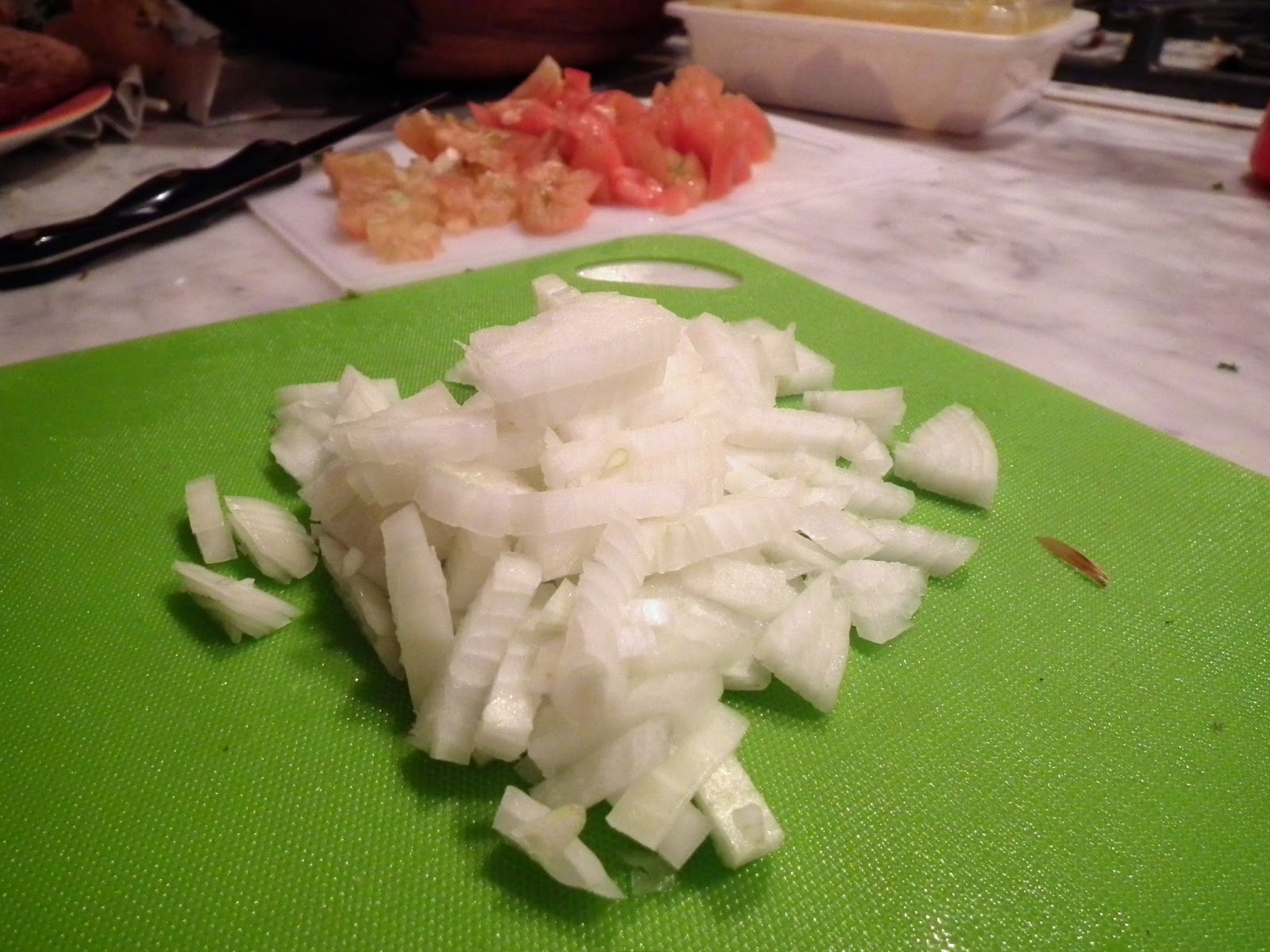 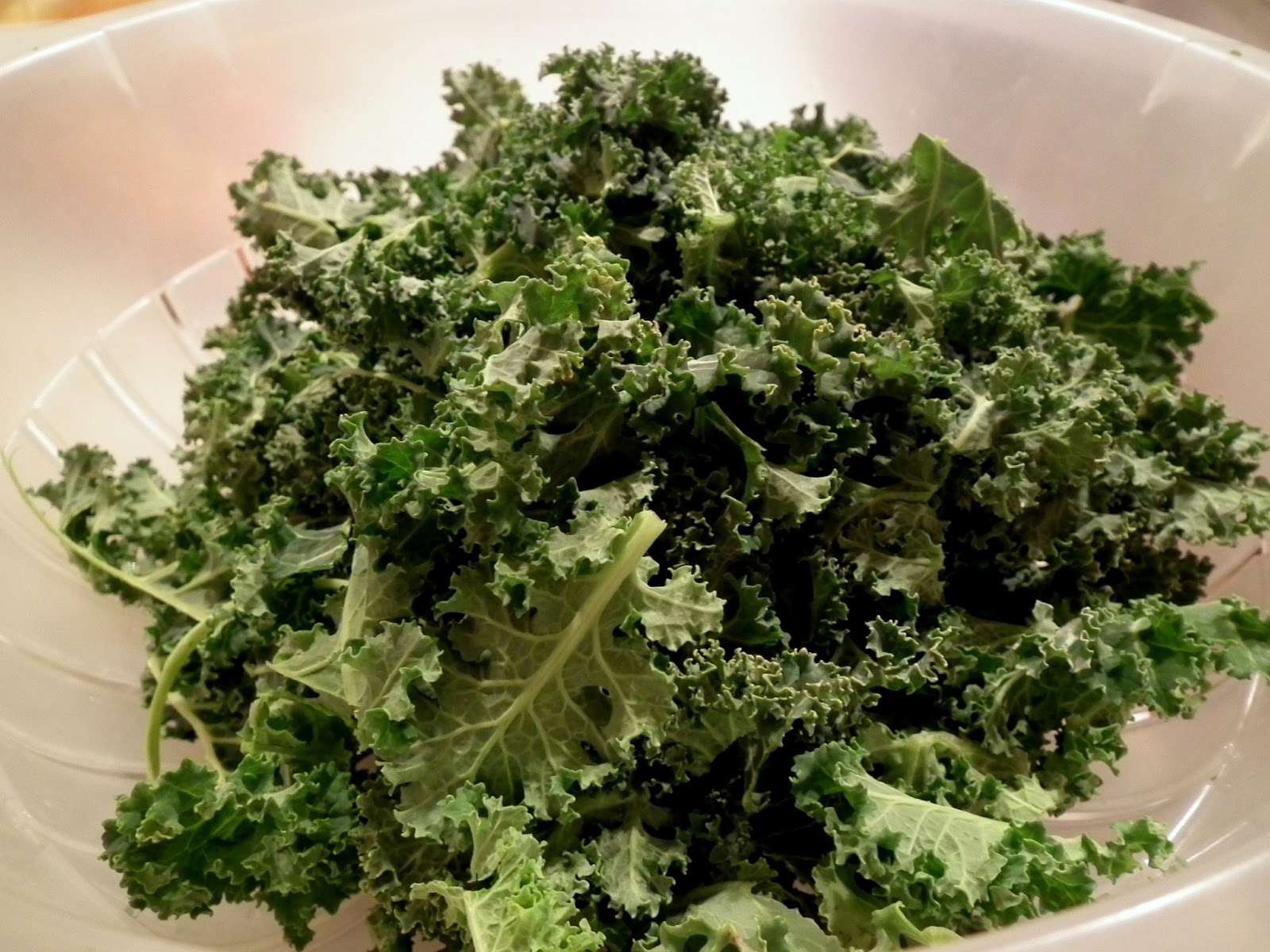 Once that's done, heat your pan with a bit of coconut oil.  If you don't have any, you can use whatever oil you have on hand.  But the coconut oil helps impart a subtle coconut flavor on the dish.  Toss in your onions and let them cook for a few minutes, until soft.  Then throw in the chicken and let it brown up. 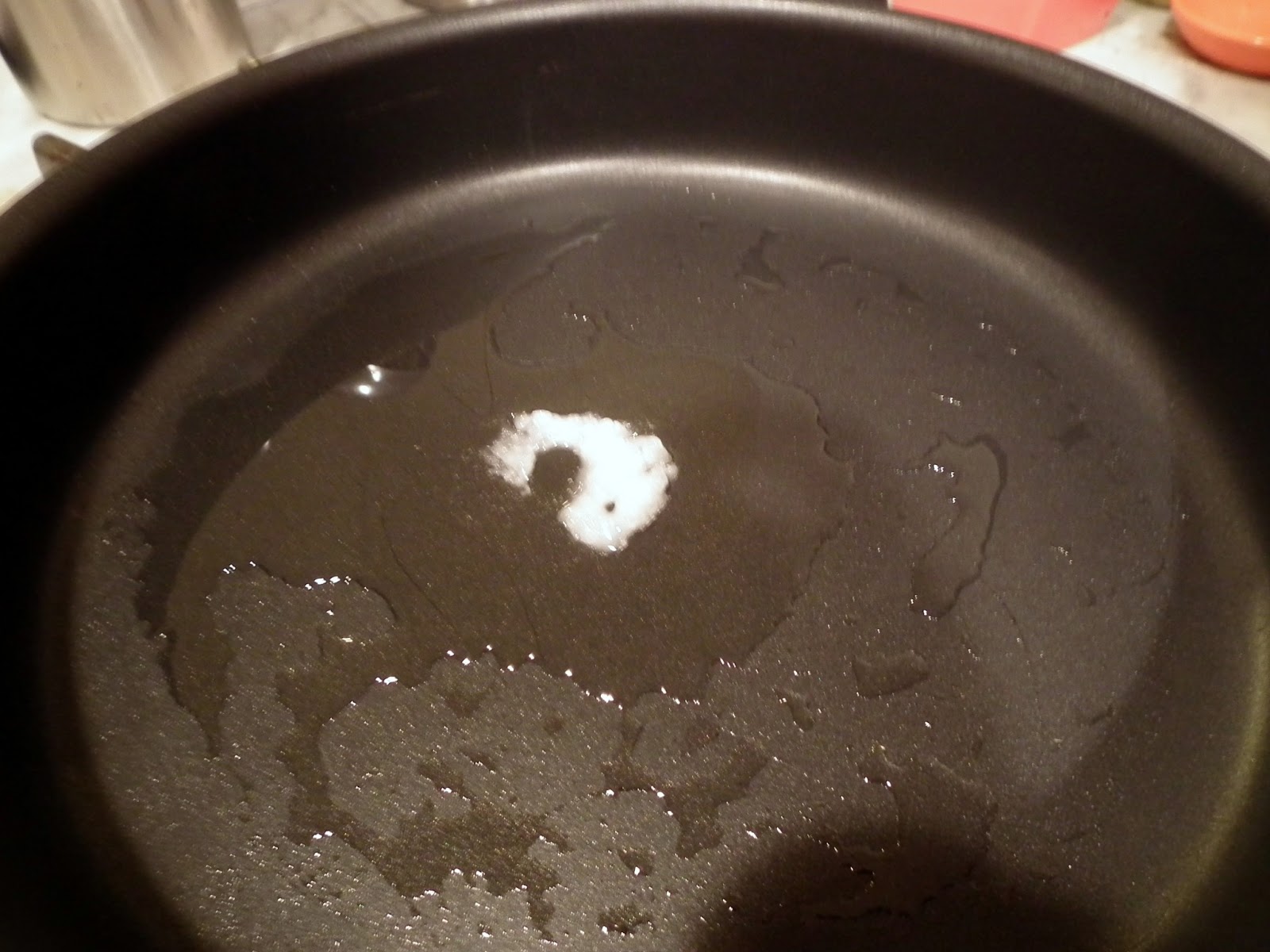 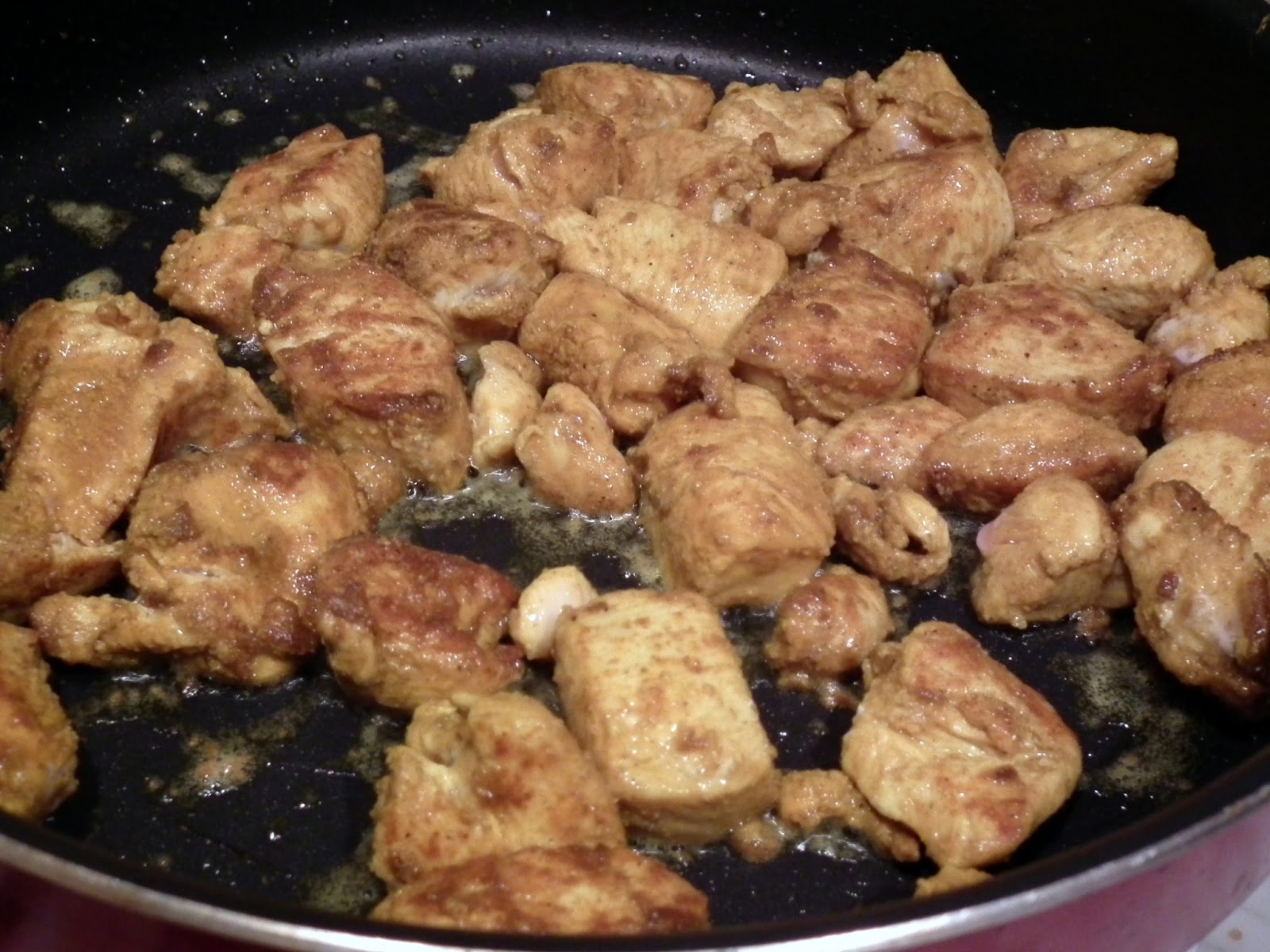 Once the chicken is browned, add in the kale and let it wilt down.  It should only take a few minutes.  Then you can add in your tomatoes.  Once the tomatoes have had a chance to cook down a bit, you can add your coconut milk.  This will thicken as it simmers, and becomes your sauce. 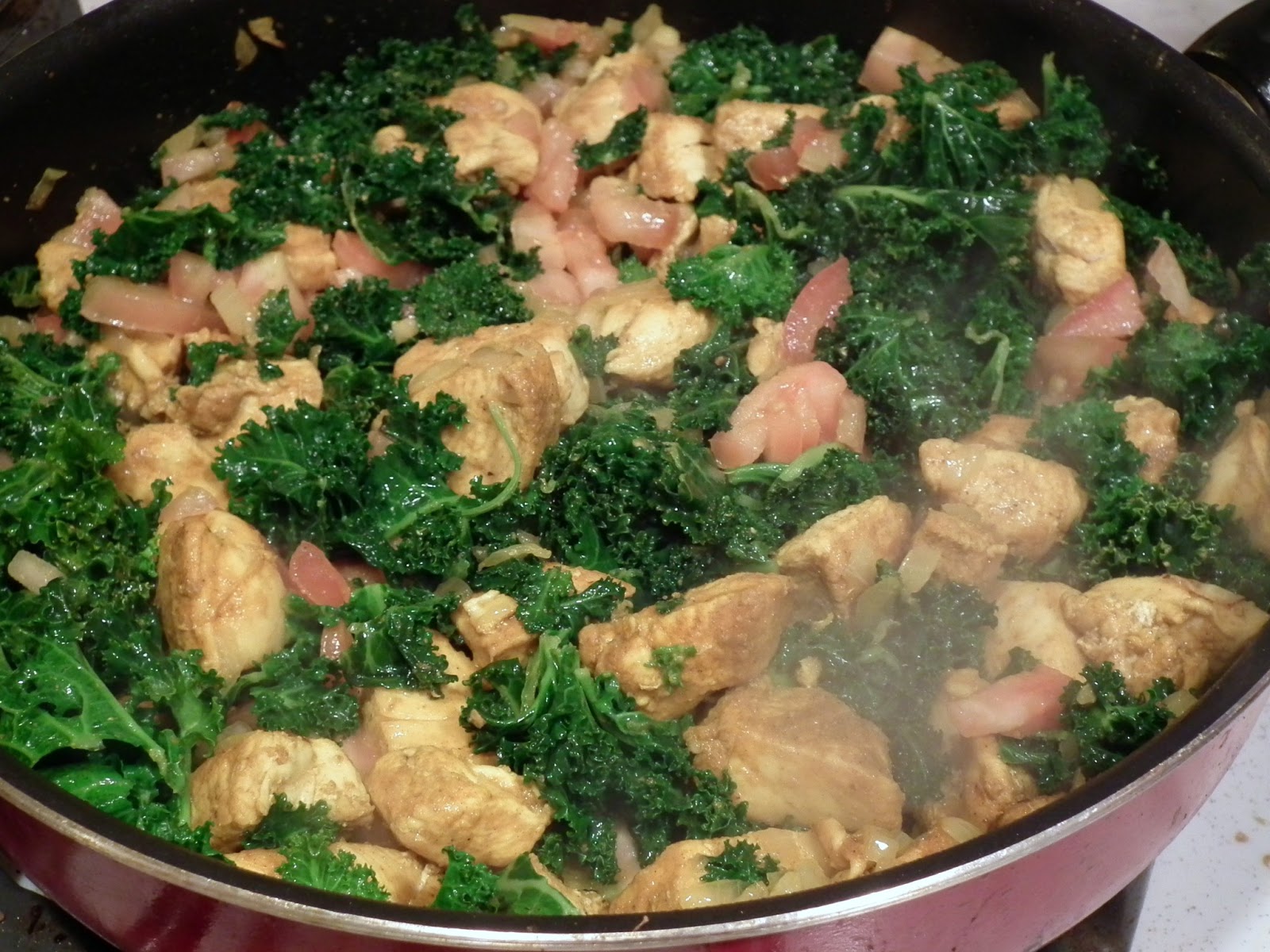 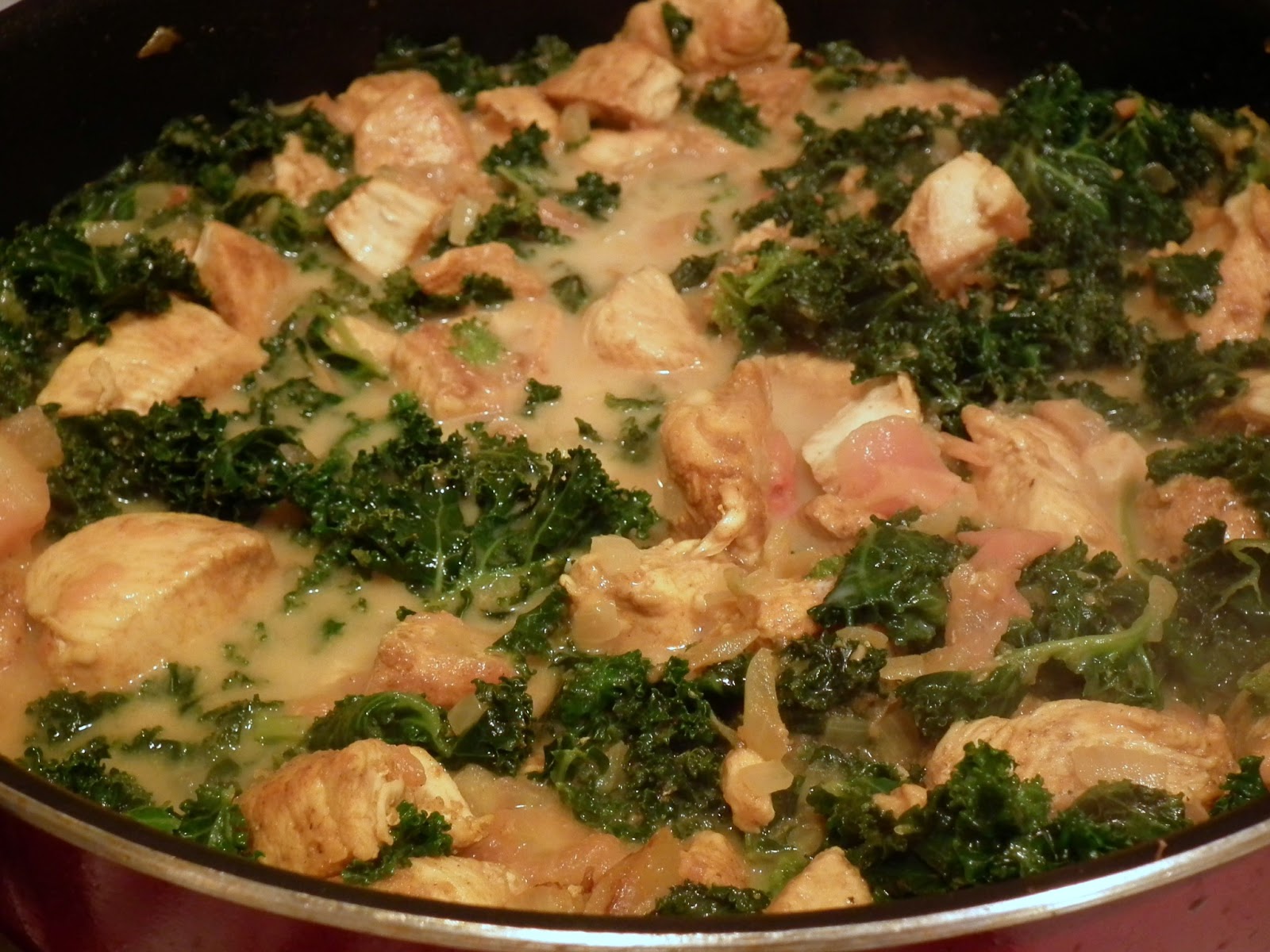 At this point, we tasted everything and decided to add a dash of cayenne for some heat, and a little more salt.  Once the sauce has thickened to your liking, you're ready to serve!  We topped it all with a little green onion and called it a night. 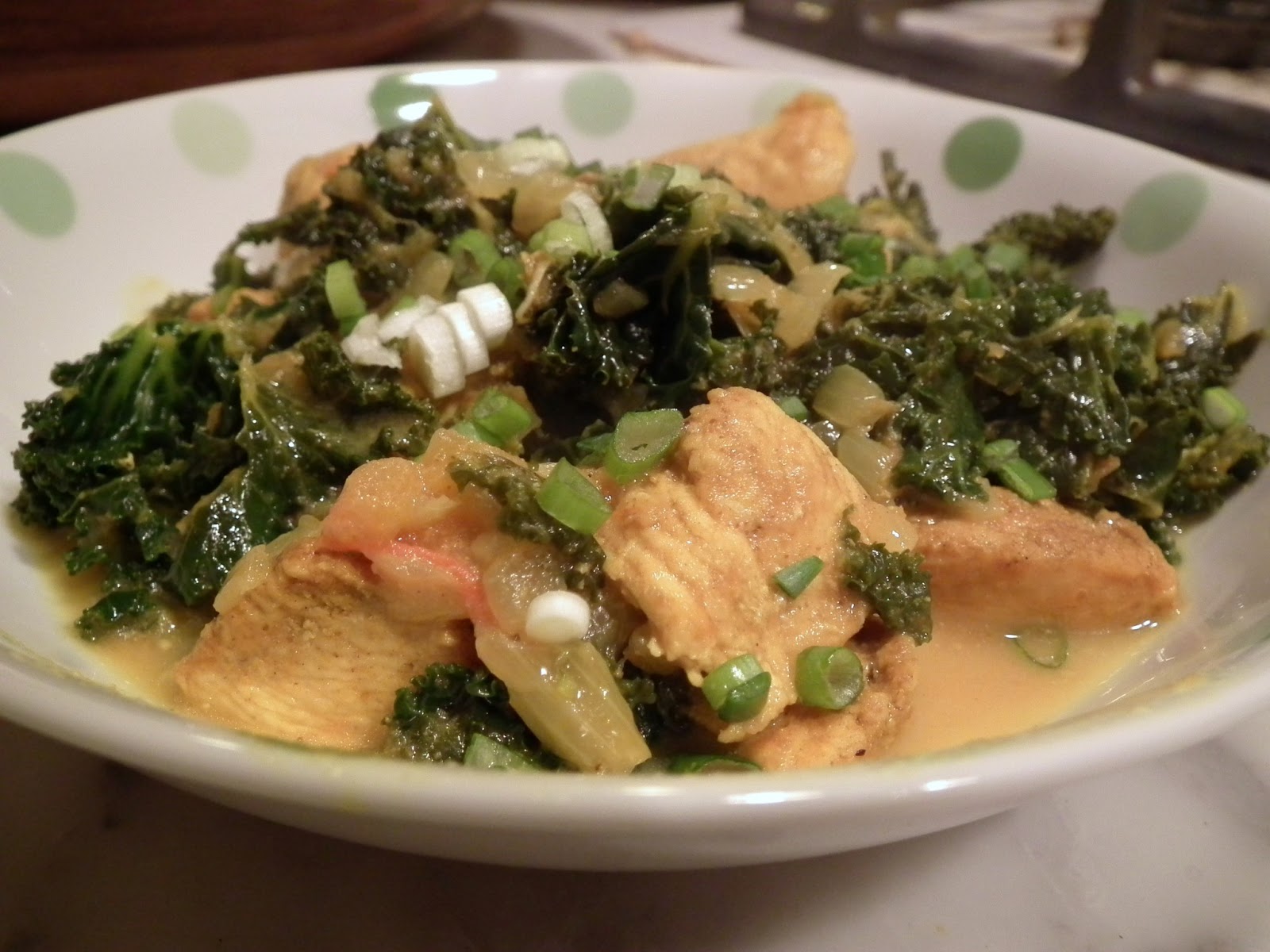 Using the coconut milk, as opposed to coconut cream, let the spices be the star of the show.  The coconut was very subtle, while still adding nice flavor to the dish overall.  It's a great, quick, Paleo-friendly meal that we'll be adding to our rotation.
Posted by Unknown at 10:47 PM