Kara Had a Little Lamb (Sausage)!

With March Madness getting underway, we opted for a quick and easy meal we could throw together in between games.  We found this recipe, and just made a few tweaks, as always, and paired it with a simple salad.

I was a bit surprised to get tomatoes in our share yesterday since it's still pretty chilly down here in DC.  We sliced up a few of them and topped them with some olive oil, salt, pepper, rosemary, thyme, garlic and parsley.  Then they went under the broiler for about 10 minutes.  We laid them on top of our salad and dressed with with a bit of olive oil and some white balsamic, for some added sweetness. 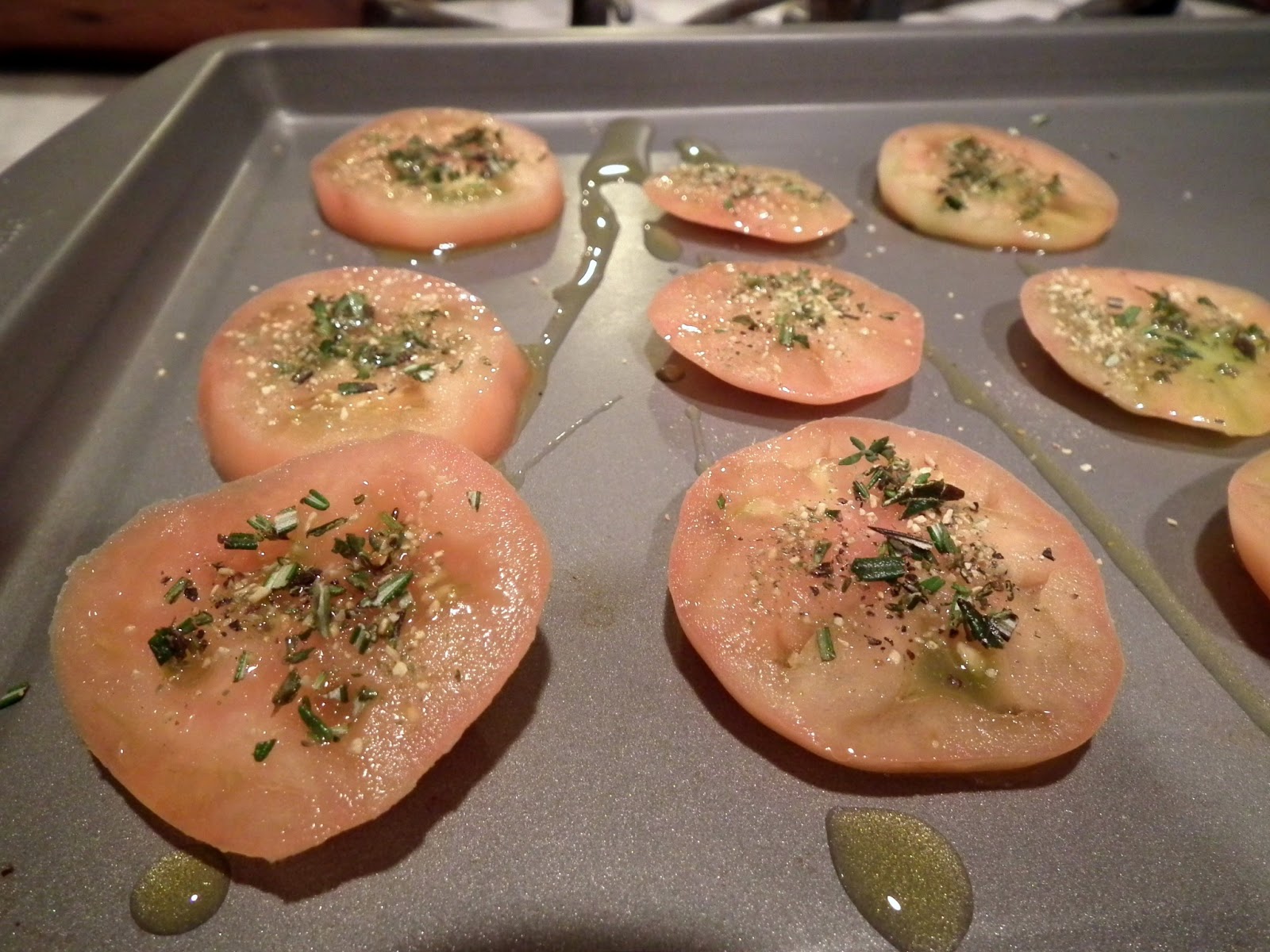 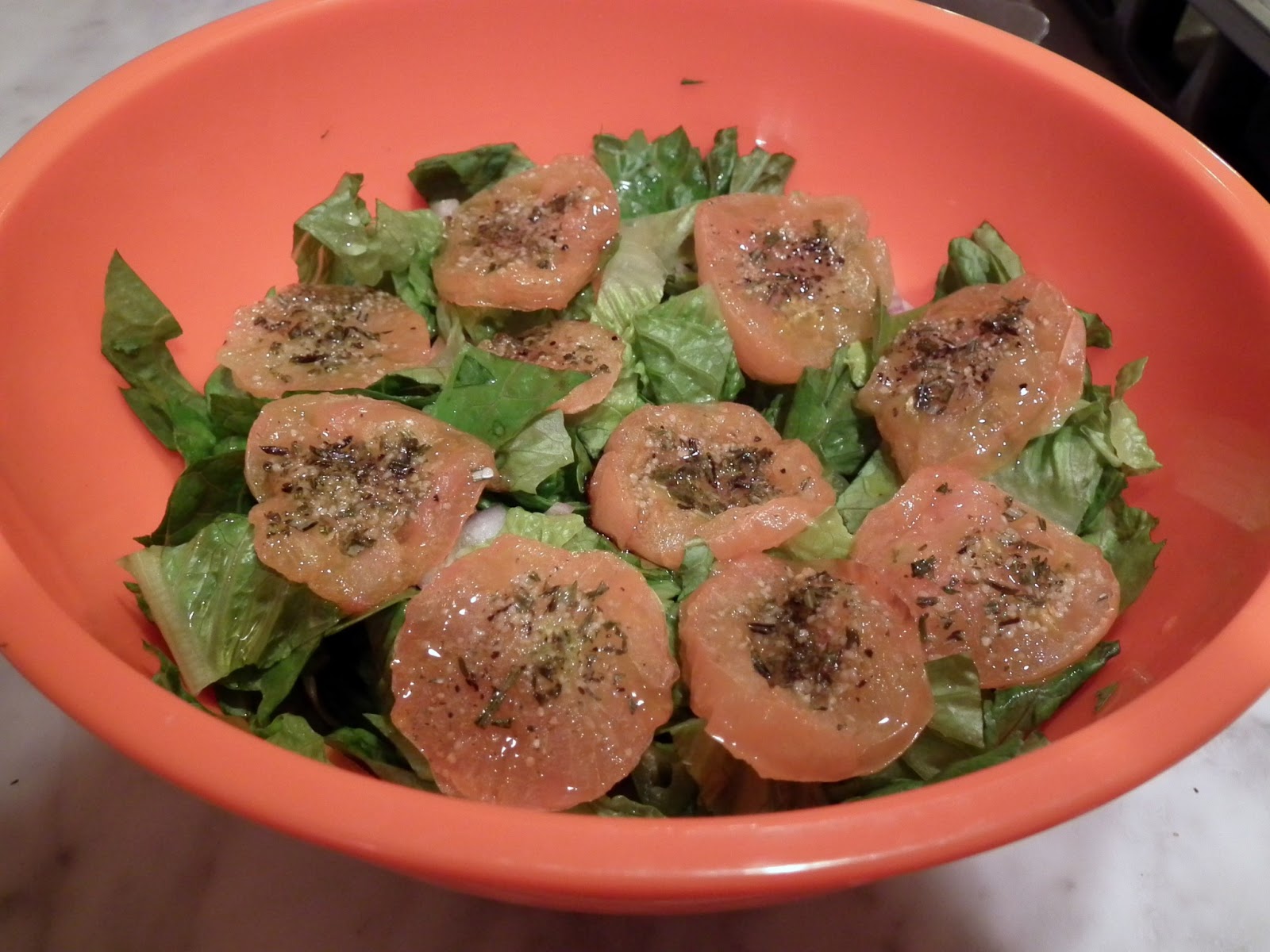 For the main dish, we started by slicing the sausage into whatever size pieces you want.  We had pork & lamb sausage on hand from our share, so we went with those.  Once those get cooking in the pan, just toss in your artichokes, and in our case, some sun-dried tomatoes. 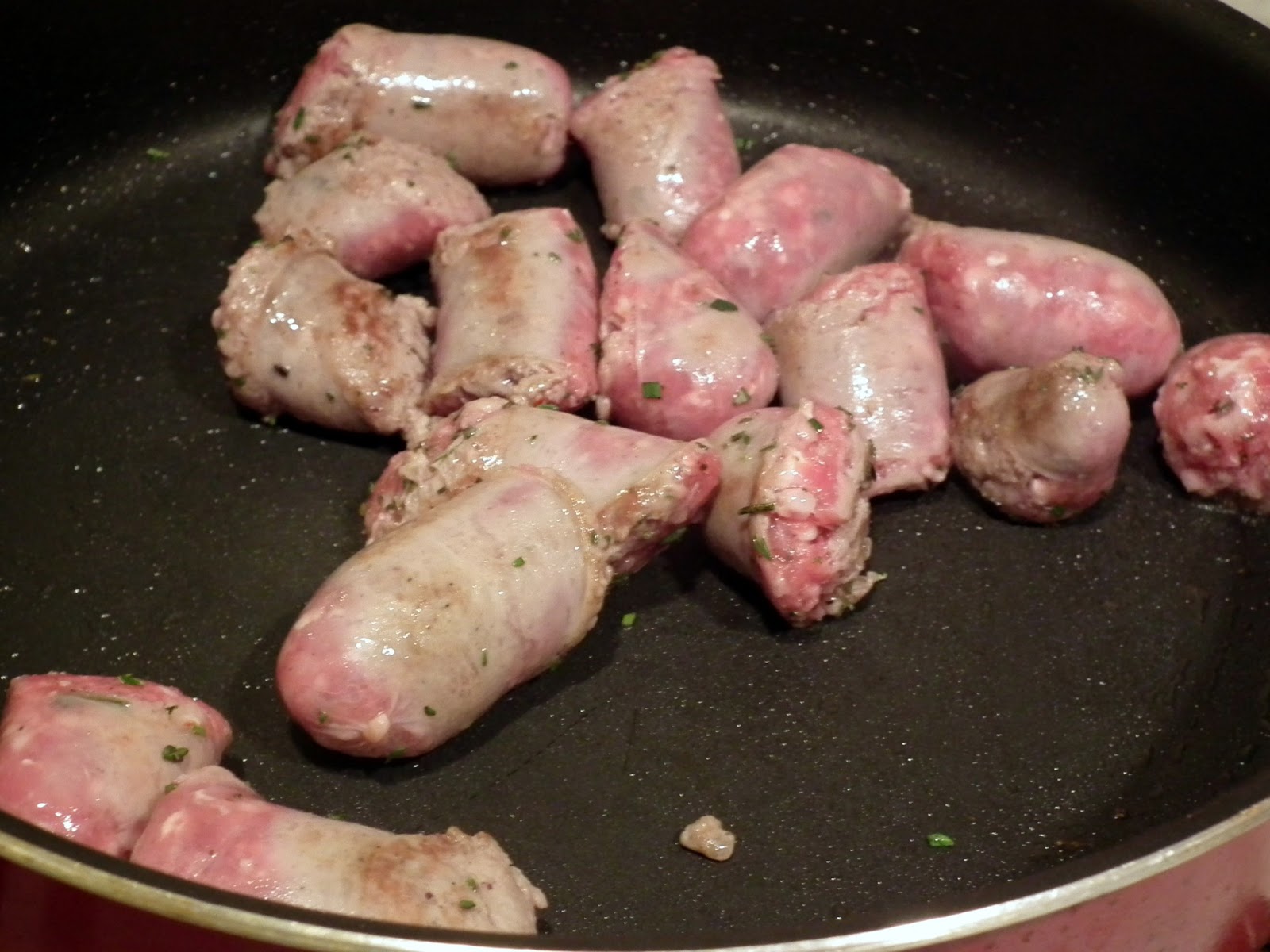 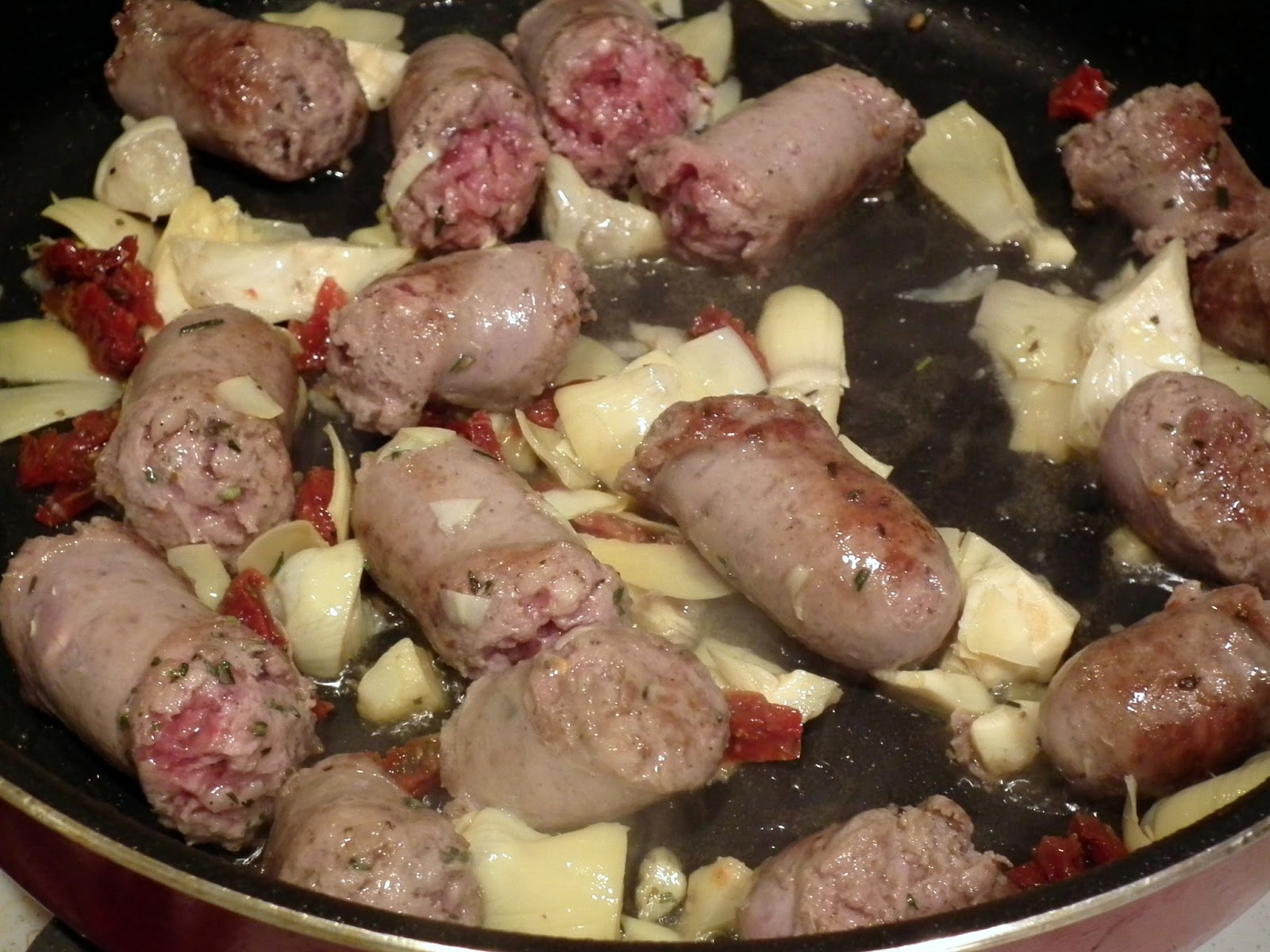 I know, I know...the recipe says to use bacon, and you're surprised that we didn't...but the bacon was at Justin's, and that's where it stayed.  So instead, we threw in the sun-dried tomatoes.  I know it's not really an equal substitute, but it still ended up being quite tasty. 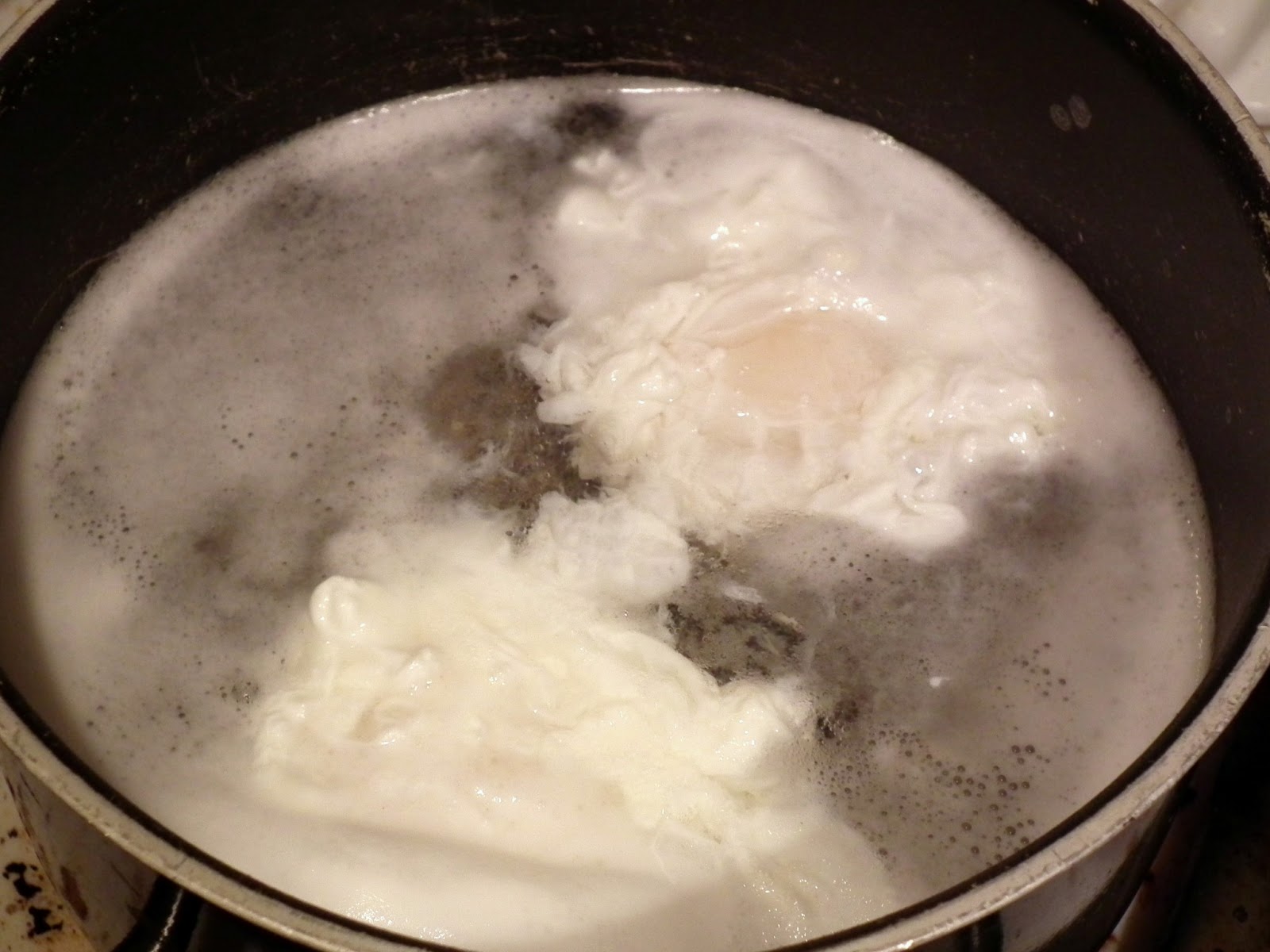 While the sausage finished cooking, we poached the eggs.  You'll want to fill the pot with just enough water to cover the eggs, and add a little salt and about a teaspoon of white vinegar to the water.  This will help your whites stay together.  Let your water get close to a boil, but just under to it is still and a little steamy.  Then just crack your eggs into the water and let them cook up.  They'll be done in minutes!

All that's left to do is pile your sausage, artichokes and sun-dried tomatoes into a bowl, and top with the egg.  We sprinkled a little black pepper and fresh parsley on top to garnish. 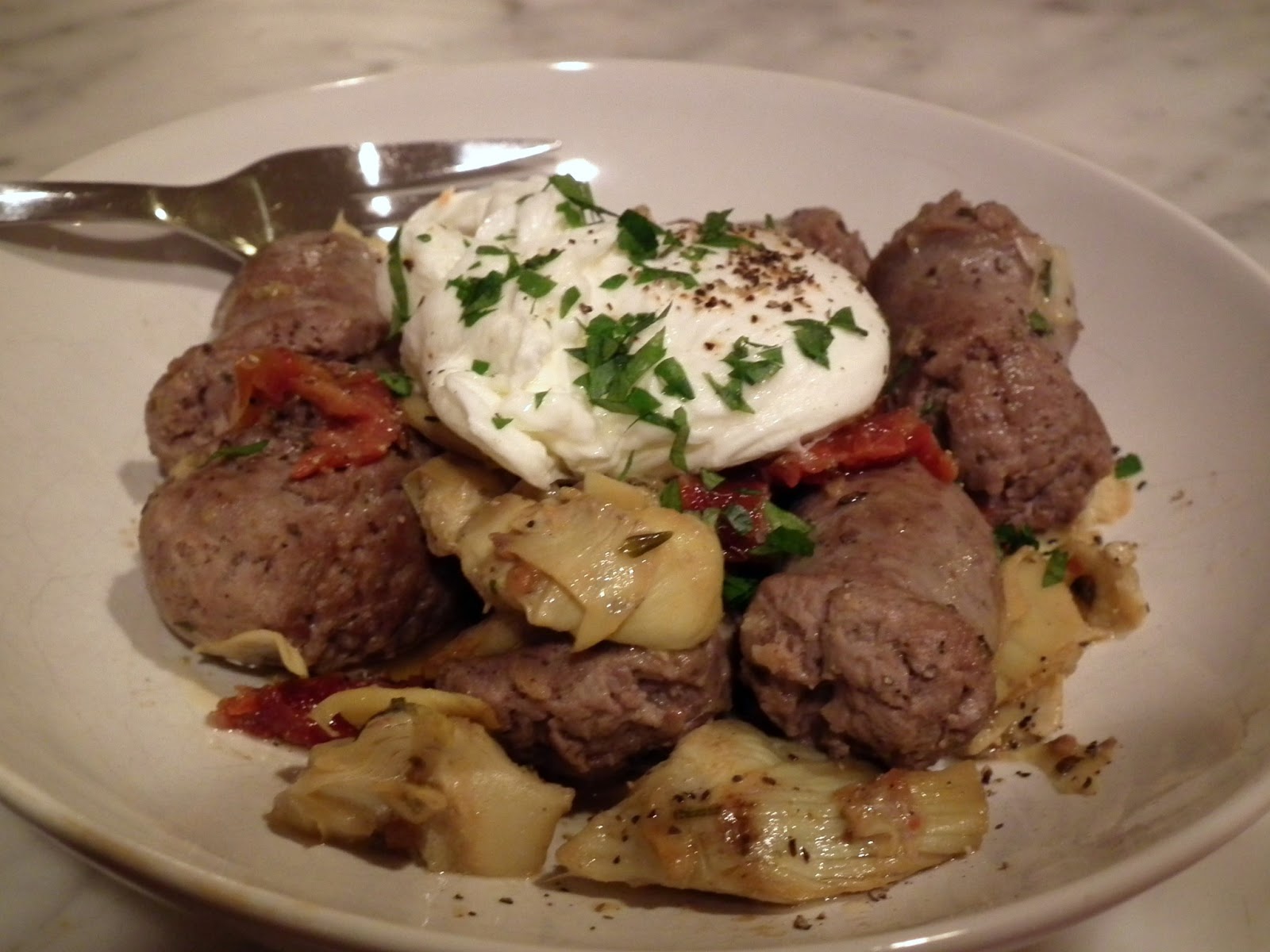 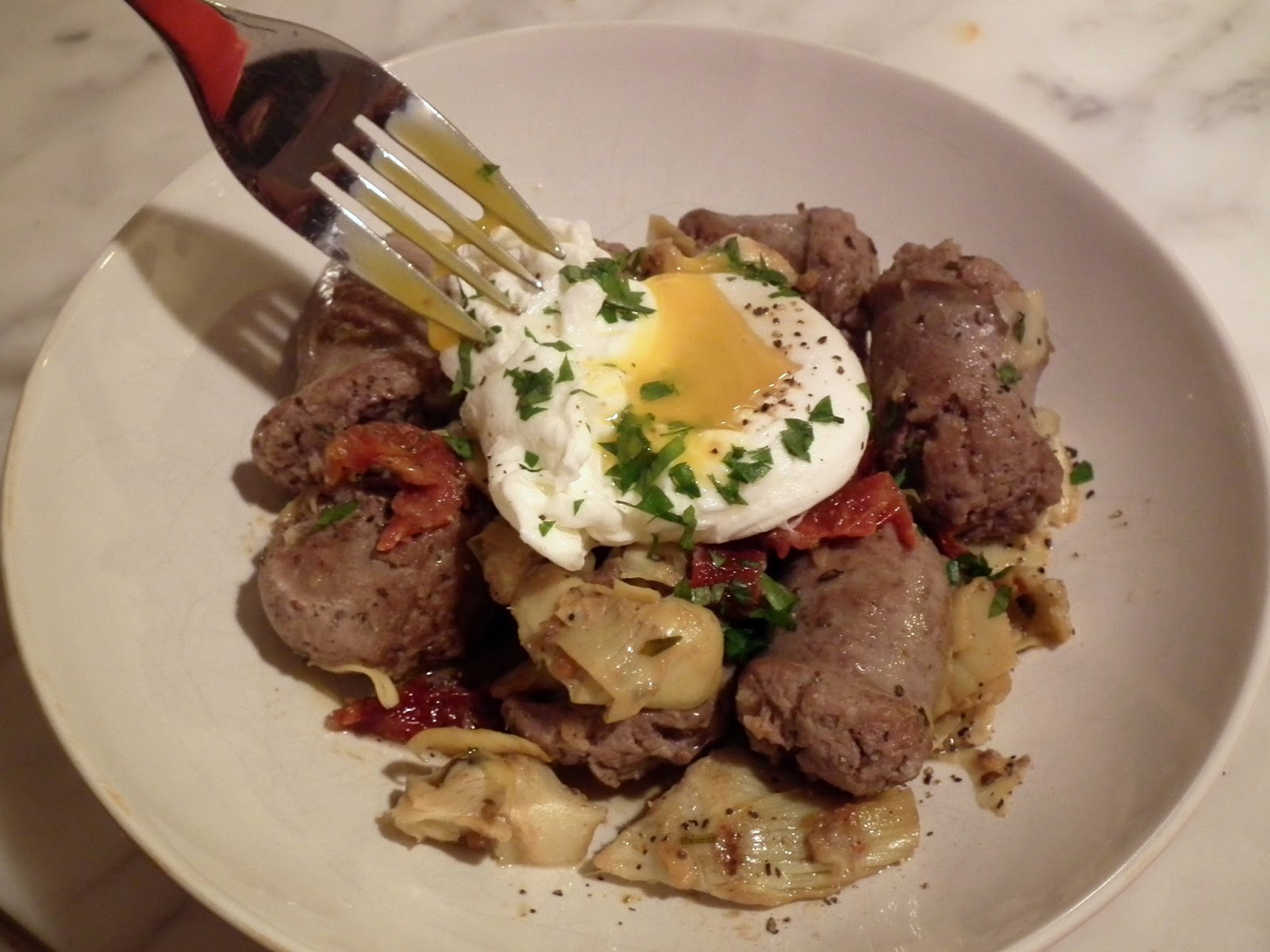